Since the dawn of the 20th century and for a little over 60 years, America’s auto landscape was completely different than it is today.

Companies that no longer exist for decades made insane cars by today's standards, so insane that at times they're worthy to be revived by custom garages.

The Diamond T Company is one such name. It started life in 1905 and died out in the late 1960s, several times in fact, as every company that absorbed it eventually went bust. During its glory years, Diamond used to make both cars and trucks, with the latter being their main area of expertise.

Today, there are very few Ts remaining on the roads, and the ones that still survive are Heaven-sent for tuning shops.

During the 2020 Barrett-Jackson auction in January in Scottsdale, a rare Diamond T will hit the block. "Custom from start to finish," it has been "professionally" turned into a rat rod that could have served moonshiners well back in the day.

The car looks like it's been through hell, and that's a good thing in the case of rat rods. Both inside and out, patina, rust and even dust combine to make the car look like it's just been snatched from a Mad Max movie.

The exposed engine is a straight 8 cylinder linked to a twin-stick 3-speed manual transmission, the wheels are right from back in the day when the Diamond was originally assembled, and in the back there is one major element that really stands out.

It's the 15-gallon beer keg that has been converted into a gas tank, complete with a custom igniter and flame thrower exhaust.

That means whoever buys this car has two ways to use it: either drive it around (the current owner did just that, as the Diamond sells with 5,000 miles on the clock) for whatever reason, or use it as storage for perhaps even more beer kegs. 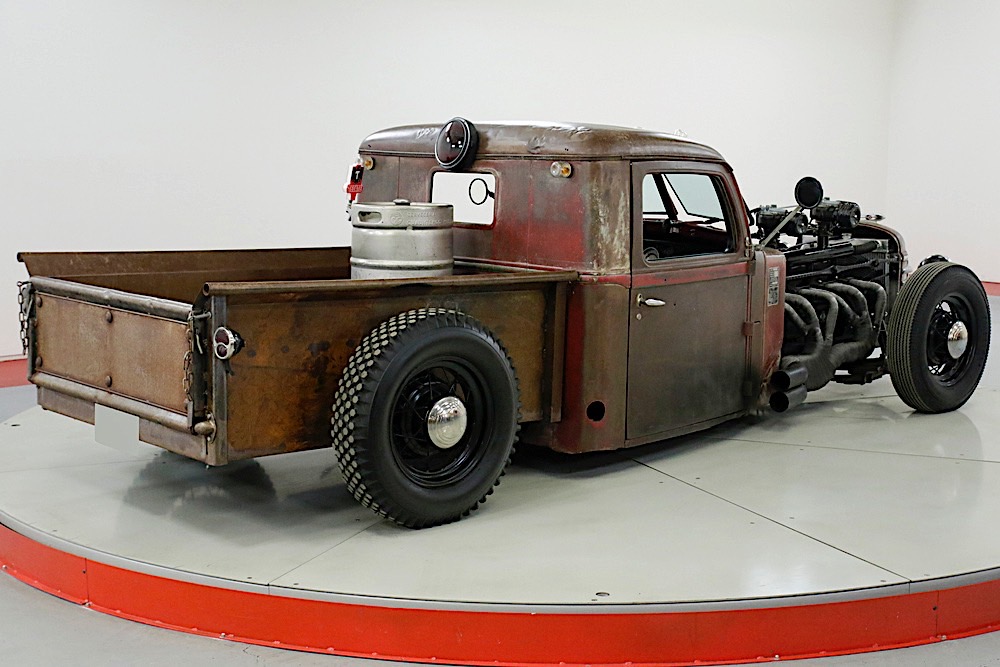 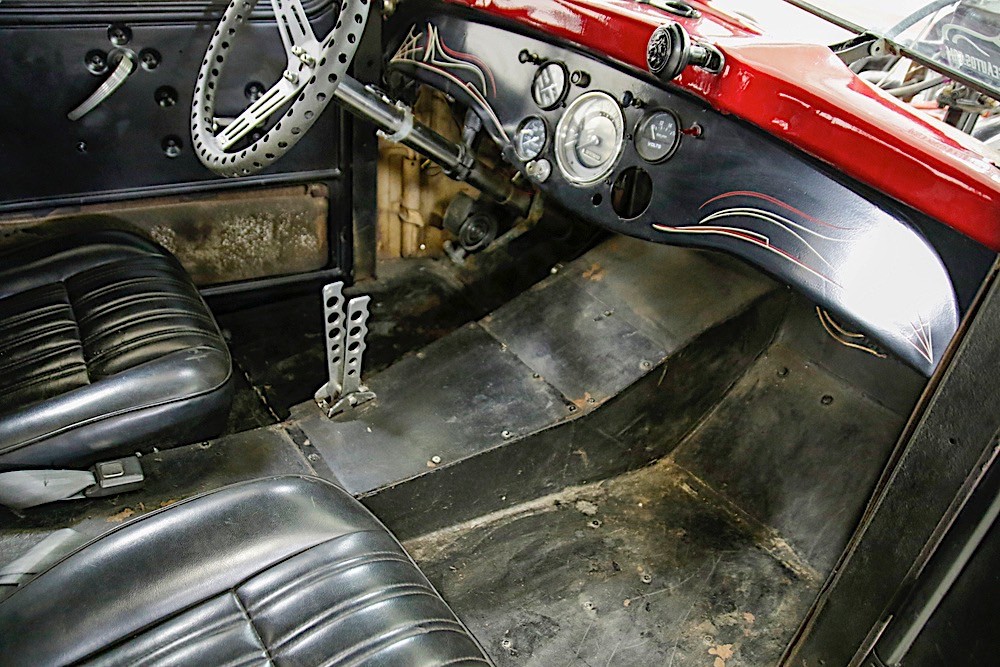 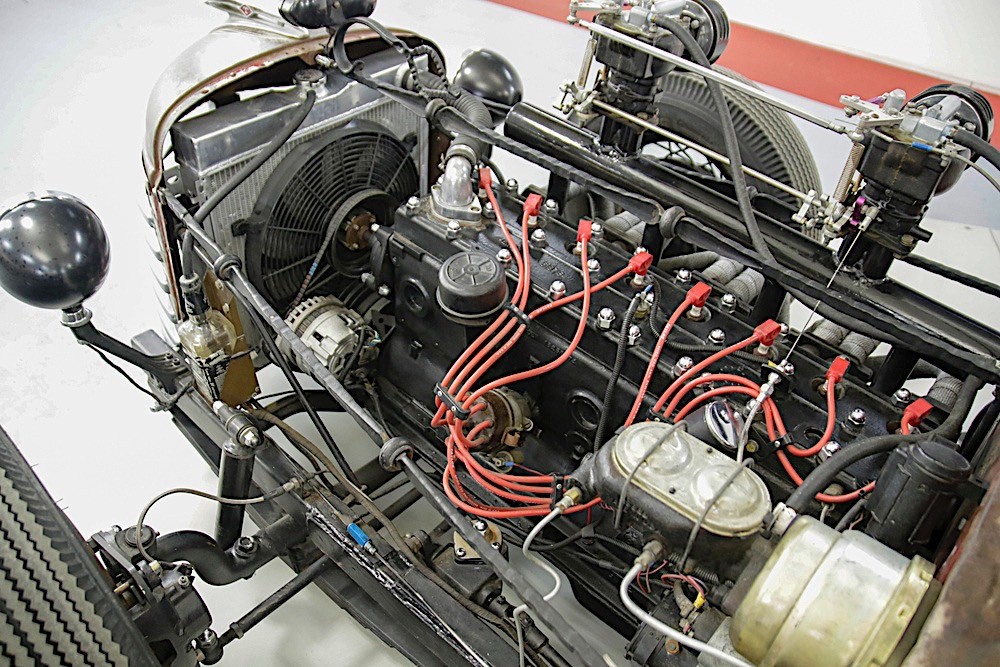