The more powerful of the duo is coming to the United States.

Caterham returns with a new heritage range of models, which includes two products from the Super Seven lineup. The Super Seven 600 and Super Seven 2000 will be both sold in the United Kingdom, while the latter will also be available in the United States at a later date. Both cars can be bought in kit and fully built forms.

The Super Seven 600 is powered by a 0.6-liter Suzuki turbo engine generating a peak output of 84 horsepower (63 kilowatts) as found in the Seven 170 model. The sports car rides on live axle chassis and can accelerate from a standstill to 62 miles per hour (0-100 kilometers per hour) in just 6.9 seconds.

The more powerful version features a 2.0-liter Ford Duratec engine with 180 hp (134 kW). This vehicle is mechanically related to the Seven 360 and the two share a de-Dion chassis found as seen in many other models from the British company. The sprint to 62 mph (100 kph) takes 4.8 seconds. Customers searching for better track performance can order the optional sport suspension package with a rear anti-roll bar and four-piston ventilated front seats.

Visually, the two Super Seven models represent a mix of Caterham styling from the 1970s and 1980s. This can be best seen in the flared front fenders, hiding 14-inch wheels with vintage design. Both vehicles are fitted with Avon ZT7 tires and polished exhaust pipe, as well as LED rear lights as a modern touch.

Sit behind the black leather steering wheel and you’ll notice the carpeted rear panel, available in several different colors to match the leather seats, dashboard, gearbox tunnel, and handbrake gaiter. Some of these hues are exclusive to the new Super Seven series and are currently not available for Caterham’s other products. 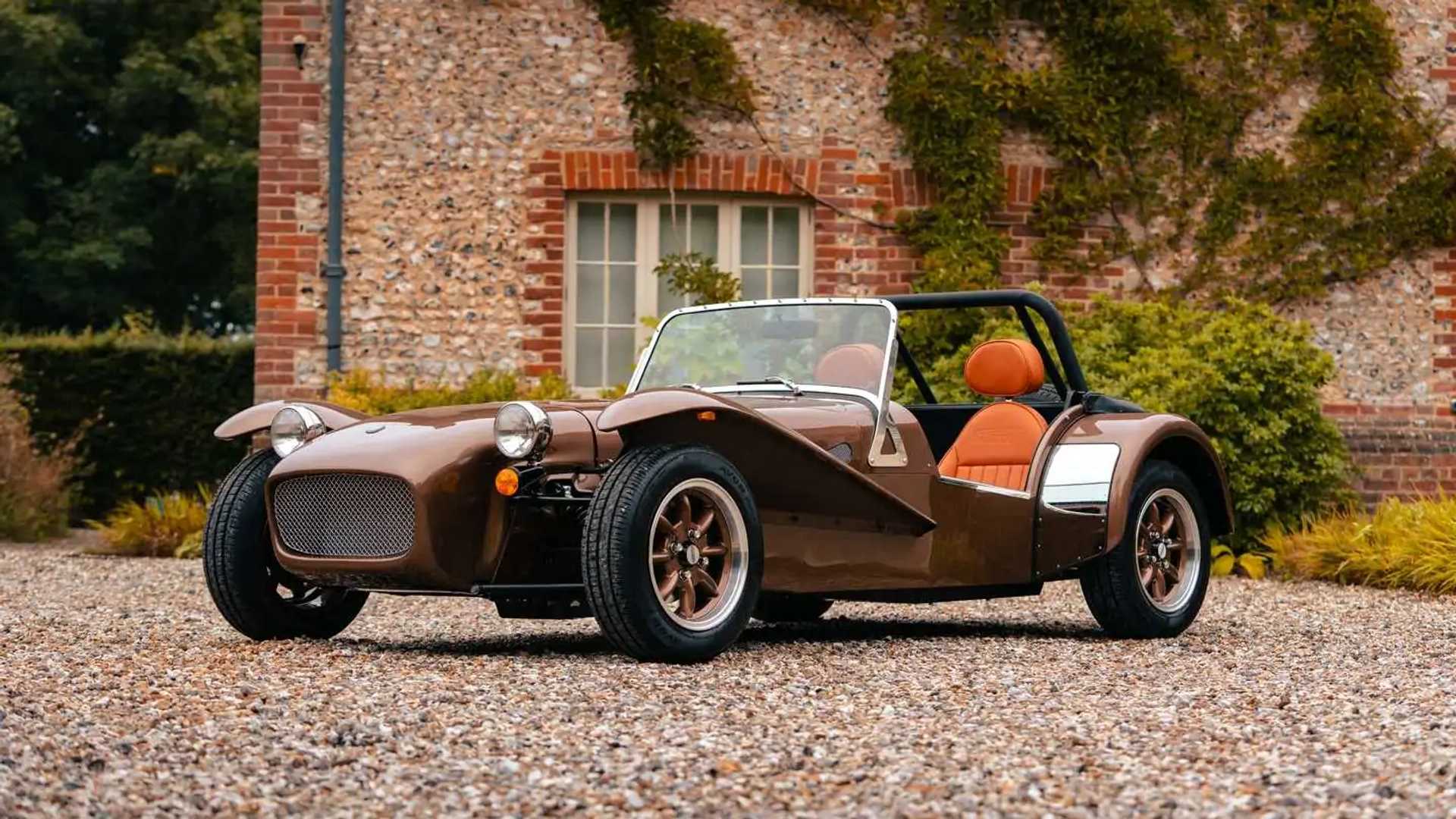