Nearly every part of a classic gets customized

Avert your eyes, purists. California-based designer Chip Foose traveled to the 2019 SEMA show to unveil a resto-modded 1974 Jaguar E-Type built at the request of a customer. With a custom design and an American heart, the roadster took over 2½ years to make.

Finished in Green Sand, the E-Type was in seemingly good condition when it took up residence in Foose's shop in April 2017; it looks strikingly similar to a 48,000-mile example sold by RM Sothebys in January 2017. Many would drive it as-is, but its anonymous owner had something completely different in mind. Foose and his team modified nearly every part of the convertible's body. Builders punched out a scoop in the hood, extended the rocker panels, made the trunk lid about five inches longer, and gave the rear end a more tapered look accented by flush lights and quad exhaust tips.

Even seemingly minor details were hugely important for the enthusiast who commissioned this build. While E-Type headlight bezels are readily available online, the ones on the SEMA car are hand-shaped from brass. Custom-built wheels put a modern spin on the E's original wire knock-offs.

The interior looks period-correct thanks to leather upholstery, analog gauges, and a wood-rimmed steering wheel, but the list of changes is longer than the E-Type's hood. Jaguar's emblematic drop-top had a rather busy-looking dashboard topped with a padded cap and peppered with a galaxy of buttons, knobs, and switches. Foose's build adopts a cleaner, simpler design with gauges arranged in a cluster behind the steering wheel, and a chrome strip that runs across the entire dashboard. His team installed new carpet and bucket seats after concealing a modern sound system. To us, the new-look interior has more of a 1950s vibe than the original E-Type's.

The changes are more than skin-deep. Tilting the hood forward reveals a Chevrolet-sourced, 6.2-liter V8 engine tuned to 525 horsepower replaces the 272-horsepower, 5.3-liter V12 this Jag came with when it was new. It shifts through a four-speed automatic transmission. Upgraded brakes and a redesigned suspension help keep the additional power in check, though performance numbers aren't available. It hopefully still has its original toolkit, as a factory-made reproduction costs nearly $1,000.

There's no word on who commissioned this E-Type, but keep an eye out for it the next time you go to cars and coffee. The V8 exhales through a custom exhaust, so you might hear it before seeing it. 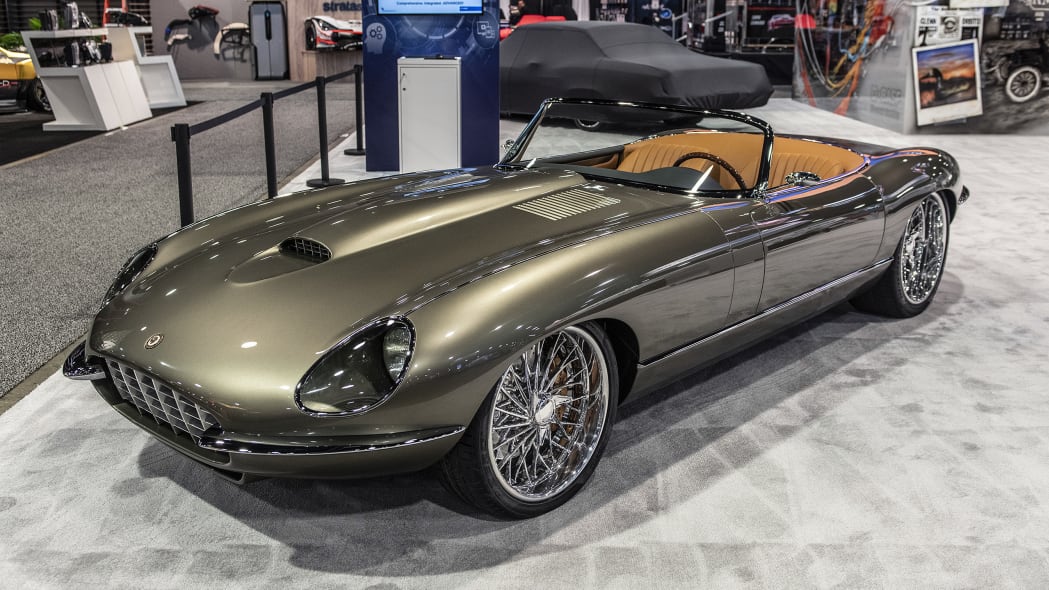 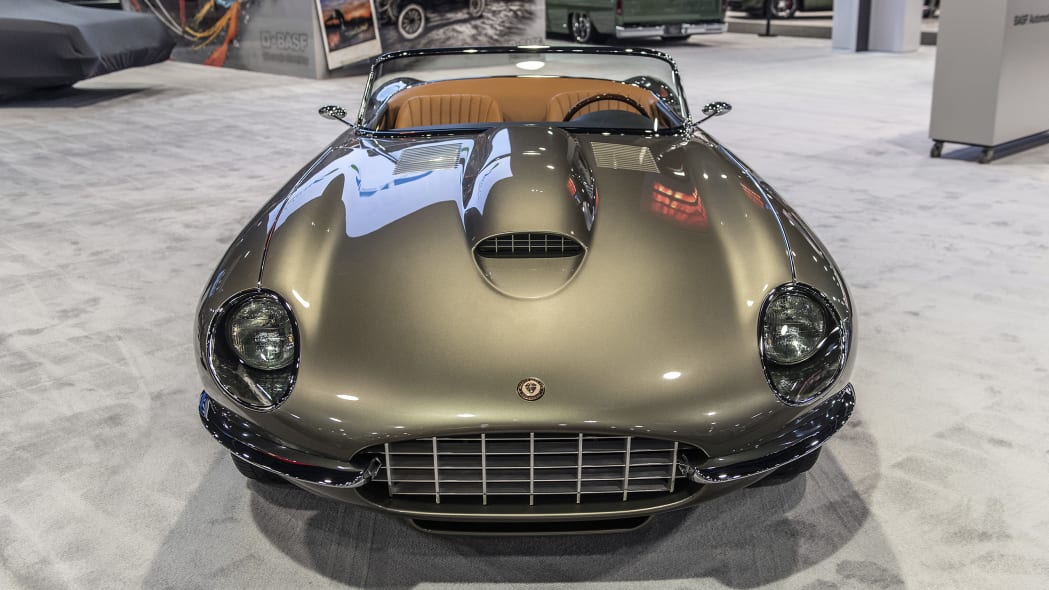 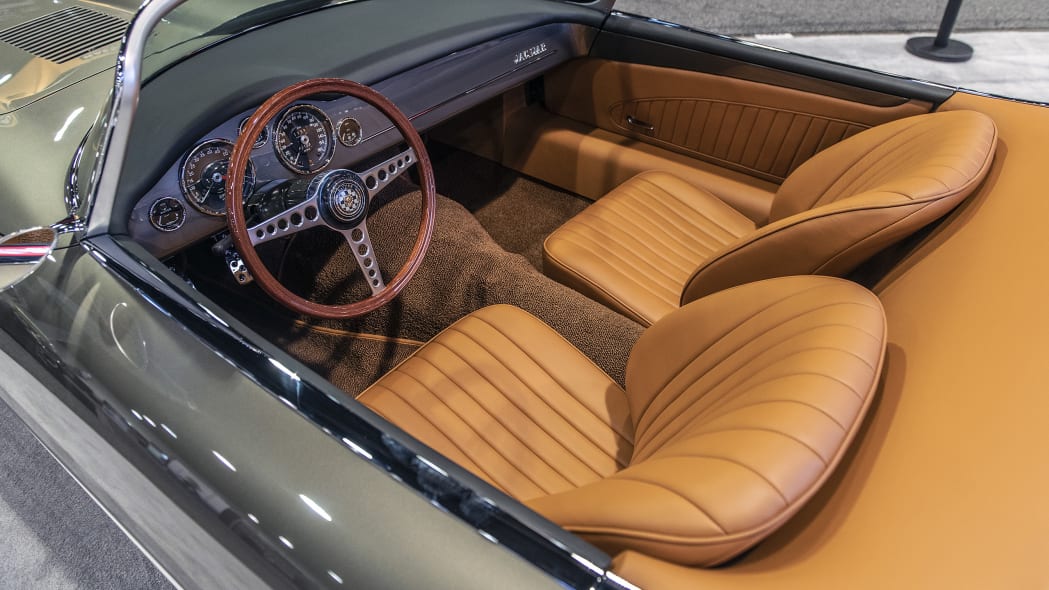