One of two prototypes developed by both Ford and Shelby American

Craig Jackson, CEO of Barrett-Jackson auctions, and Shell lubricant brand Pennzoil celebrated the unveil of a restored 1968 Ford Mustang prototype nicknamed "Green Hornet" at SEMA. The pony car is one of two mythical creations and collaborations between Ford Motor Company and Carroll Shelby's Shelby American, the other being a 1967 Mustang nicknamed "Little Red." The two cars were the only two notchback coupes built by Ford and Shelby; both started as prototypes for the automaker, then served as prototypes for the legendary racer's R&D efforts.

Green Hornet started out painted Lime Gold, and Ford used it as a testbed for the GT/Super Coupe program, which would eventually turn into the Mustang California Special. Some of the new features trialed on the car that made it to the production model included a special grille accommodating Marchal fog lights, spin-and-click hood pins on a vented hood, decklid spoiler, and 1965 Ford Thunderbird taillights.

When Ford finished with the car in 1968, it gave the coupe to Shelby American, then located in Ionia, Michigan. Shelby dubbed the Mustang EXP-500 and one of his engineers had the car painted in a "one-of-a-kind gold-luster-green-lacquer paint finish with gold metallic flake enhancements." The company wanted to test a number of developments, so it removed the 390-cubic-inch big-block V8 for a 428 CJ big-block V8 with Conelec fuel injection, a six-speed automatic designed in-house, an independent rear suspension, disc brakes at all corners, and side stripes. At some point, Shelby's friend Bill Cosby got a look at the green lacquer coupe and christened it Green Hornet, because Green Hornet was the favorite superhero of Cosby's animated characters in "Fat Albert." The name stuck.

Ford policy at the time was to destroy prototype vehicles so that they wouldn't enter circulation. Somehow both Green Hornet and Li'l Red avoided that imperative, the former evading capture by somehow being sent to the automaker's Employee and Auction Resale Lot in Dearborn, Michigan. A Ford executive bought it and used it as a daily driver, then gave it to his son while his son was still in high school. Years later, the son put the pieces together and contacted historian Paul Newitt, who'd written a book claiming both prototypes had been destroyed.

After Green Hornet's discovery, Martin Euler restored the car in 1993, but not exactly as Shelby American had left it. Craig Jackson bought the car in 2003 and turned it over to Jason Billups in early 2018 for a frame-off restoration to the Shelby specs. The year's SEMA show provided the coming-out party.

The Green Hornet doesn't rack up the same lurid specs as a Mustang like the Ringbrothers Unkl, but the car put up fantastic numbers in its day. Shelby's changes got the 0-60 mph time down to 5.7 seconds, nearly a second quicker than the contemporaneous GT500. And Ford engineers ran the car at a top speed of 157 miles per hour for 10 miles at the automaker's Romeo Proving Grounds, when the GT500 could only get up to 128 mph.

Jackson will likely return the as-new Green Hornet to his private garage, where he also keeps Li'l Red after discovering the second prototype in a Texas field last year. 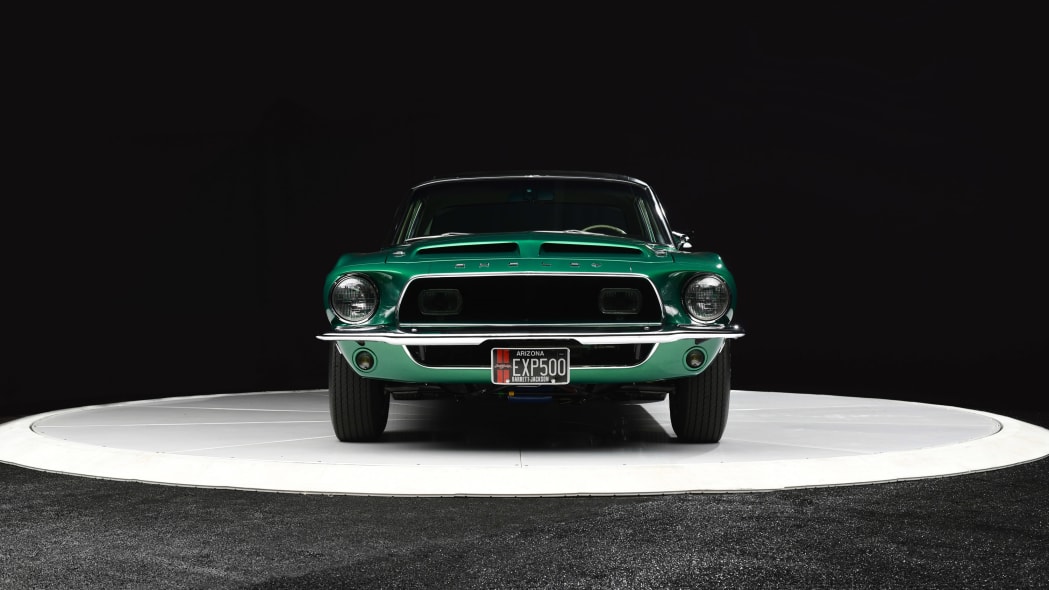 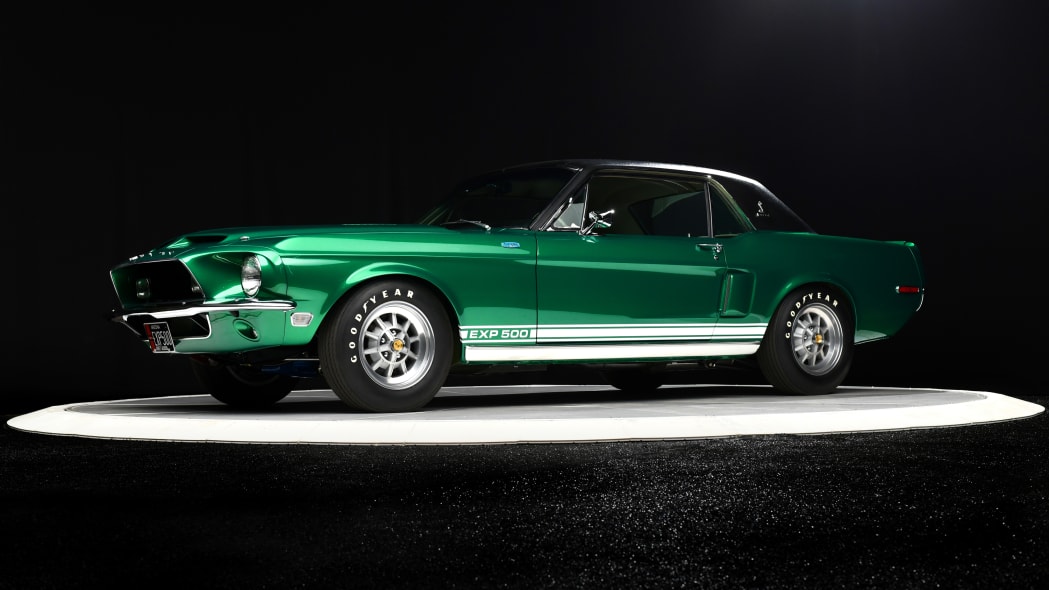