Only 50 examples were produced, all of them in left-hand drive. Come 1964, the 330 GT 2+2 entered production with quad headlights, a rather unconventional arrangement for road-going Ferraris from that era.

Designed by Detroit-born Tom Tjaarda during his tenure at Pininfarina, the Series 1 is often nicknamed "Chinese Eyes" for the headlight setup. Enzo Ferrari was particularly fond of the quad arrangement, and a production-ready prototype of the 330 GT 2+2 was used by the big kahuna for two years. Chassis number 4085 was also displayed at the 1964 Brussels Motor Show, featured in press material, as well as in the 330 GT 2+2 brochure.

Italian coachbuilder Pininfarina produced the body shell and body panels of this elegant machine, which uses mostly steel. The hood and trunk lid, on the other hand, are aluminum to save a few pounds. Tipping the scales at 1,380 kilograms (3,042 pounds) dry, the Series 1 can thank the Pininfarina-bodied Ferrari 400 Superamerica chassis 1517 SA for its unique front end.

Built for Fiat president Gianni Agnelli, the one-off commission could have looked extremely different had the Lancia Flavia not introduced Agnelli and Pininfarina to the quad-light setup. Agnelli was a huge fan of unconventional design cues, much to the surprise of Battista Pininfarina. Equipped with full-width bumpers finished in mirror-like chrome, the 330 GT 2+2 also flaunts a much sharper nose than the 330 America before it.

Be that as it may, some things didn’t change. Not only did the peeps at Pininfarina favor elegance over anything else, but Ferrari wanted to play it safe in the hope that the 330 GT 2+2 would appeal to the maximum number of potential customers. It certainly did, having sold just under 1,100 units.

The total depends on the source of your liking. It’s generally agreed that 625 examples of the Series I were produced, followed by 455 examples of the Series 2. The most obvious difference between the pre-facelift and facelift is the switch to two headlights. The 250 GTE, as in the predecessor of the 330 America and the first series-production 2+2 from Il Cavallino Rampante, ended its tenure with a little over 950 examples under its belt.

Similar to the 330 America, the 330 GT 2+2 was extremely well-appointed on the inside. Rather than a body-color dashboard, teak veneer was used for the dashboard fascia. Black vinyl is used on the top of the dashboard, while customers were presented with a selection of colors for the leather upholstery and carpets. A three-spoke steering wheel featuring a wood rim frames no fewer than four gauges: the speedometer on the left, tachometer on the right, and two central gauges for the oil temperature and pressure.

To the right of the steering wheel, just above the center air vents, you can find a few more instruments that indicate water temperature, fuel level, battery amps, and time. Built around a welded tubular chassis, the 330 GT 2+2 features wider front and rear tracks compared to its forerunner. The Italian automaker had also extended the wheelbase by 50 millimeters to increase rear legroom, a vital characteristic of any four-seat gran turismo.

Unequal wishbones are found up front, along with Koni-supplied telescopic dampers, coil springs, and an anti-roll bar. The rear end comes in the form of a solid axle complemented by semi-elliptic springs, twin radius arms, and – of course – a pair of Koni shock absorbers. Mounted from the factory with Pirelli rubber boots, the 15- by 6.5-inch Borrani wire wheels are hiding Dunlop-supplied disc brakes at every corner of this glamorous automobile.

Good for 90 liters (make that 23.8 U.S. gallons), the fuel tank is tasked with quenching the thirsty V12 up front. 330 in 330 GT 2+2 approximates the displacement of each cylinder. Multiplied by 12, it results in just under 4.0 liters. The Gioacchino Colombo-designed V12 is a 60-degree lump with a 77-millimeter bore, 71-millimeter stroke, an 8.8:1 compression ratio, and three twin-choke Weber carburetors. A four-speed electronic overdrive manual tranny and a limited-slip differential from ZF are featured as well.

Not even a year after the first production-spec 330 GT 2+2 was delivered to its rightful owner, the Maranello-based automaker updated the gearbox to a five-speed unit. Approximately 125 interim vehicles were finished with the five-speed manual tranny that would carry over to the Series 2. They also feature suspended rather than floor-mounted pedals, just like the Series 2.

Replaced in the autumn of 1967 by the 365 GT 2+2, the Series 2 didn’t feature any improvements in the oily bits department. Easily identifiable by its two-headlight setup, this fellow also switched to 10-hole alloys from Campagnolo, one of the first manufacturers to perfect magnesium wheels.

While in production, the only significant update brought by Ferrari to the Series 2 came in the summer of 1966 in the guise of two engine mounting points rather than the previous four. The Prancing Horse had also upgraded from a Fichtel & Sachs clutch to a Borg & Beck clutch. Bumper overriders also need to be mentioned, as well as minor changes to the interior switchgear and a central control panel that joins the transmission tunnel to the dashboard. Borrani wire wheels became optional extras, with the list also including power steering, air conditioning, headrests, and a radio. 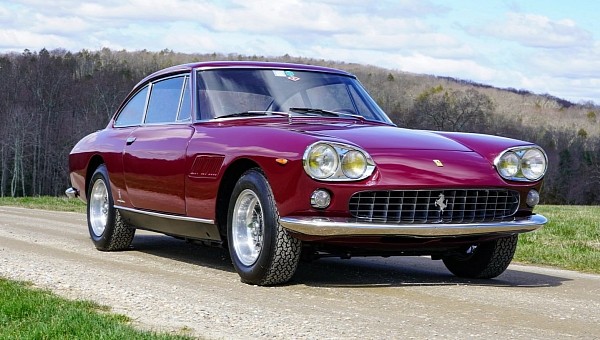 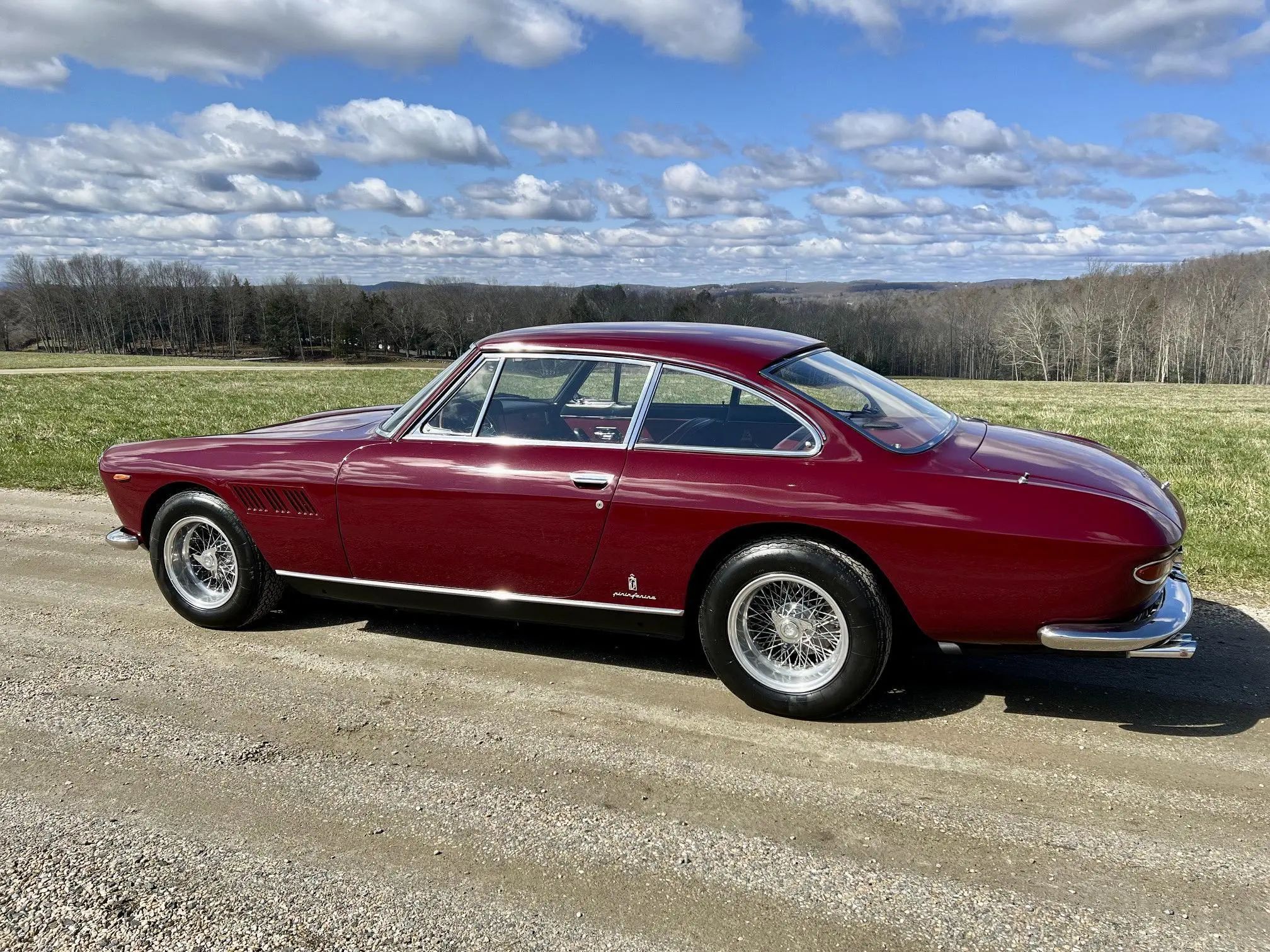