Earlier this week I showed you a 1959 Saab 93 that was rescued after a whopping 51 years in a barn.

The Swedish classic appeared to be in surprisingly good condition for a car that spent more than a half-century off the road. This first wash video shows all that dust and grime removed to reveal a beautiful survivor.

Discovered in Vastmanland, a province in central Sweden, this Saab was retired from road use, for unknown reasons, in 1971. And because it was stored in a barn that did not offer proper isolation from the exterior, it gathered a lot of dust and dirt over the years. And not surprisingly, some body panels developed rust spots.

But even so, the 93 seems to be in excellent condition given that it was kept in a barn. I've seen classics fall apart after only three decades in barns like this and vehicles with similar issues after decades in well-maintained garages. Either Saab made pretty solid cars back in the day or this 93 simply got lucky.

And the first wash below shows just how nice this tiny two-door is, despite spending 51 years without moving an inch. Yes, there are quite a few rust holes to repair and the paint has peeled off the rear fenders, but there's no doubt that this Saab is an unmolested survivor.

Not only the body panels are still straight, but the upholstery is still in one piece except for the wear and tear on the front seats.

Sadly, the footage is in Swedish and it's impossible to tell if these people are planning on restoring this piece of Scandinavian automotive history, but I bet this 93 could hit public roads as is. Assuming the engine can be worked into running again.

Speaking of which, the engine bay is also surprisingly clean as far as rust goes. Everything appears to be in one piece and the wiring is still there. And with these 750cc, two-stroke, three-cylinder engines pretty simple and easy to work on, the 33-horsepower mill should fire up without major repairs.

The Saab 93 was introduced in 1956 as a replacement for the 92. Offered as a two-door coupe only, it was produced until 1961 with the same three-cylinder and three-speed manual gearbox. It was the first Saab to be sold outside Sweden and many of them have crossed the pond to the U.S.

While it may seem slow and underpowered, the Saab 93 scored a few notable racing achievements, including several rally wins in Europe and a class victory at the Mille Miglia. In 1959, a 93 finished second in class and 12th overall at the 24 Hours of Le Mans. 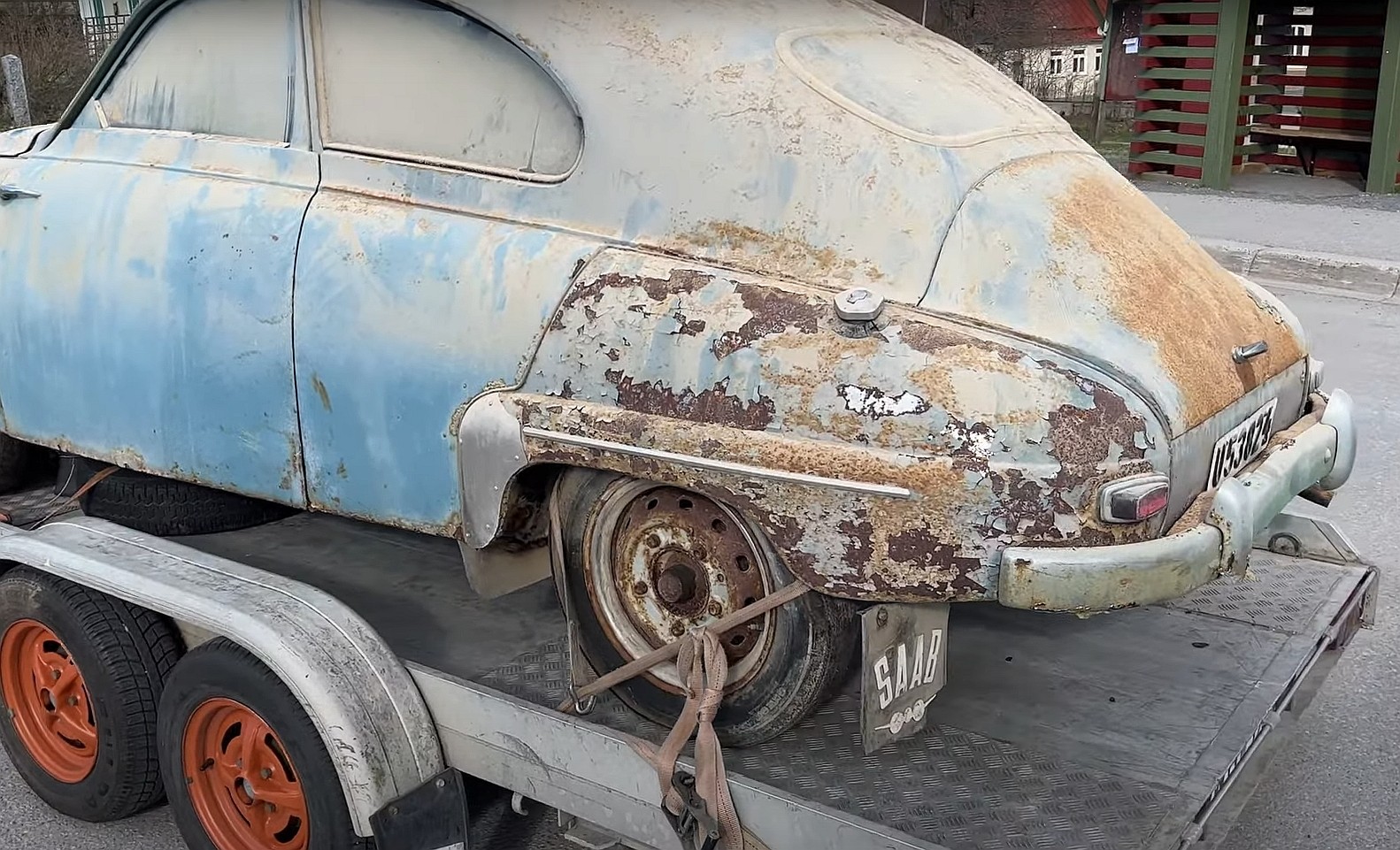 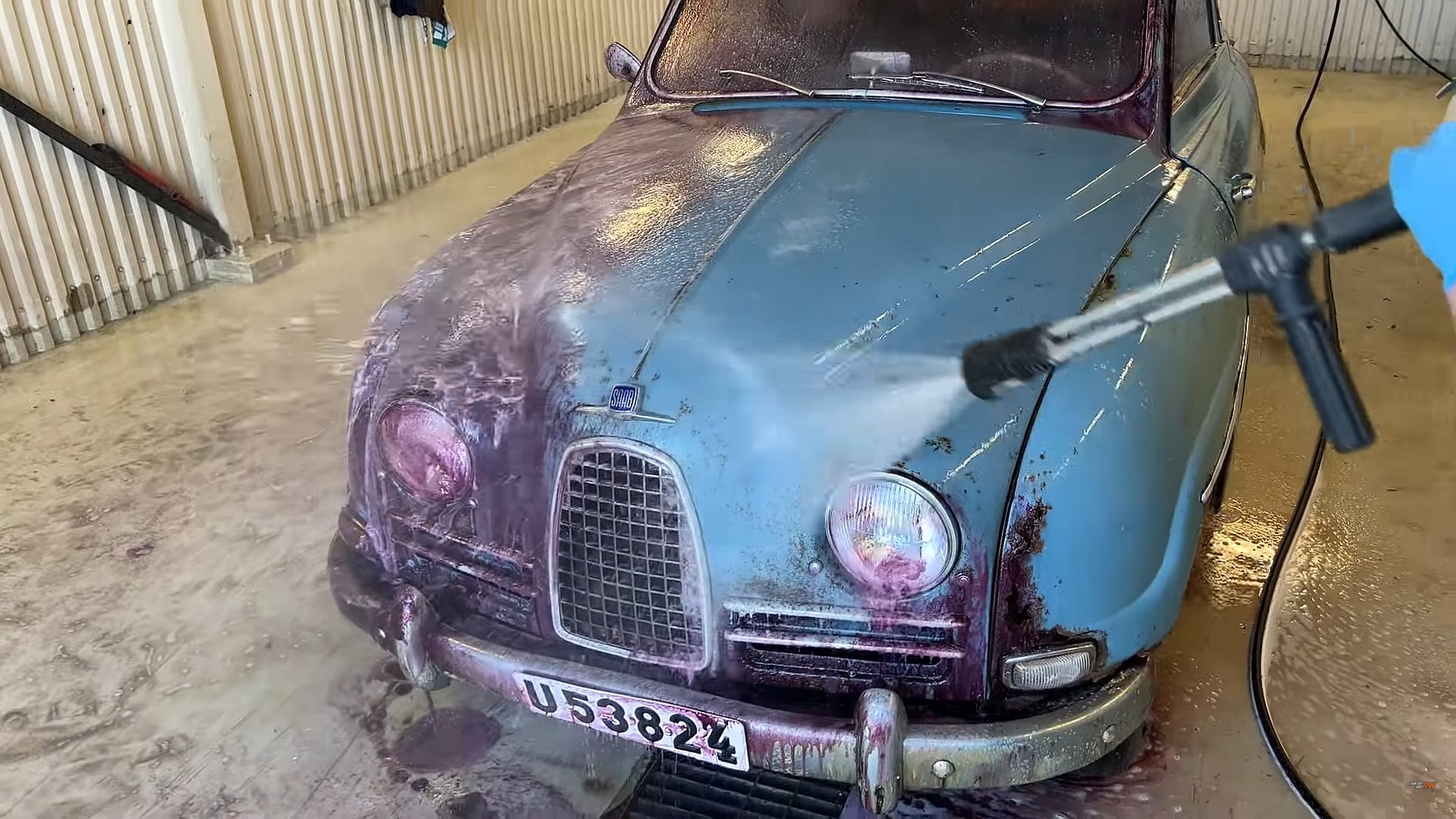 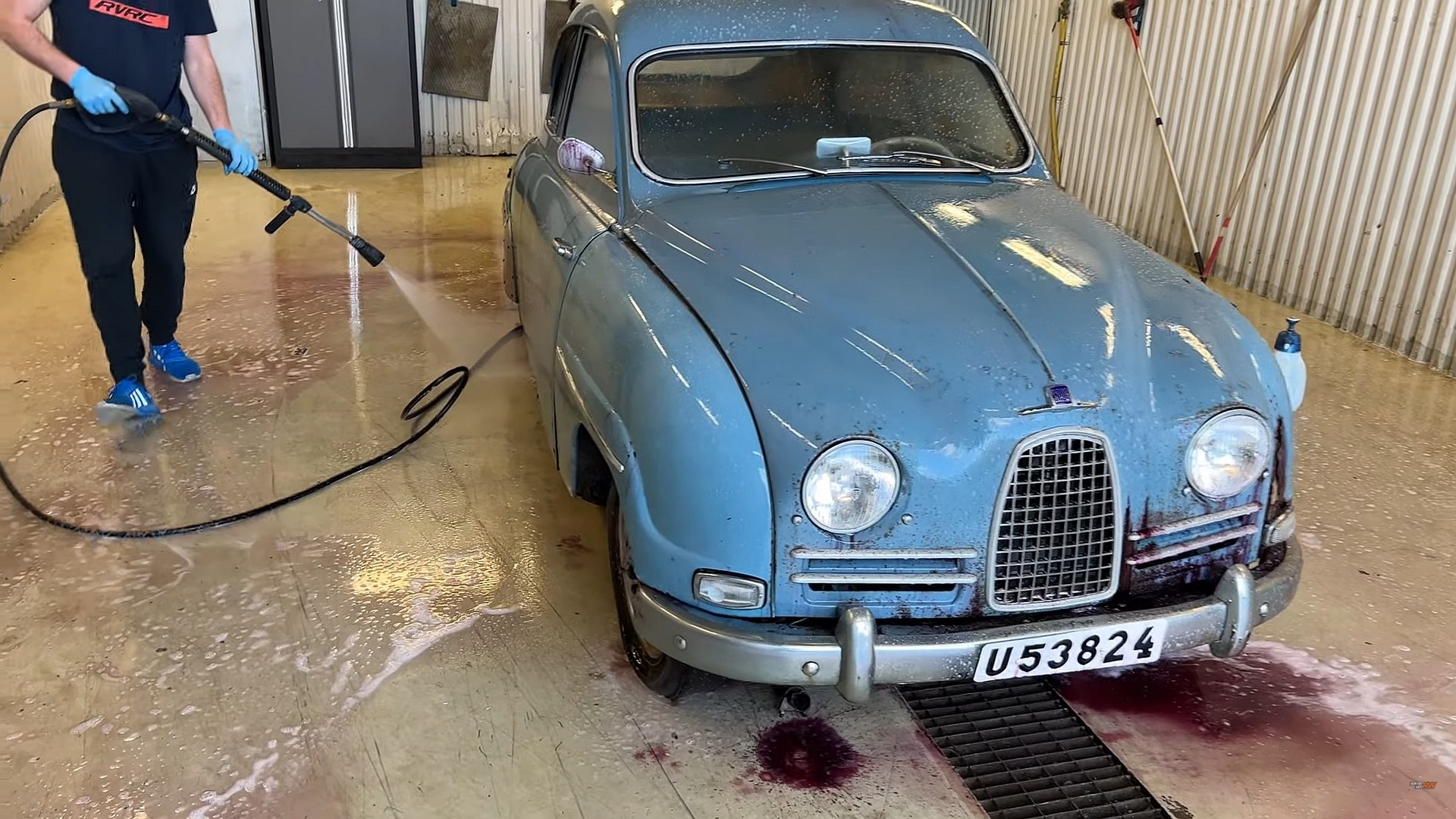 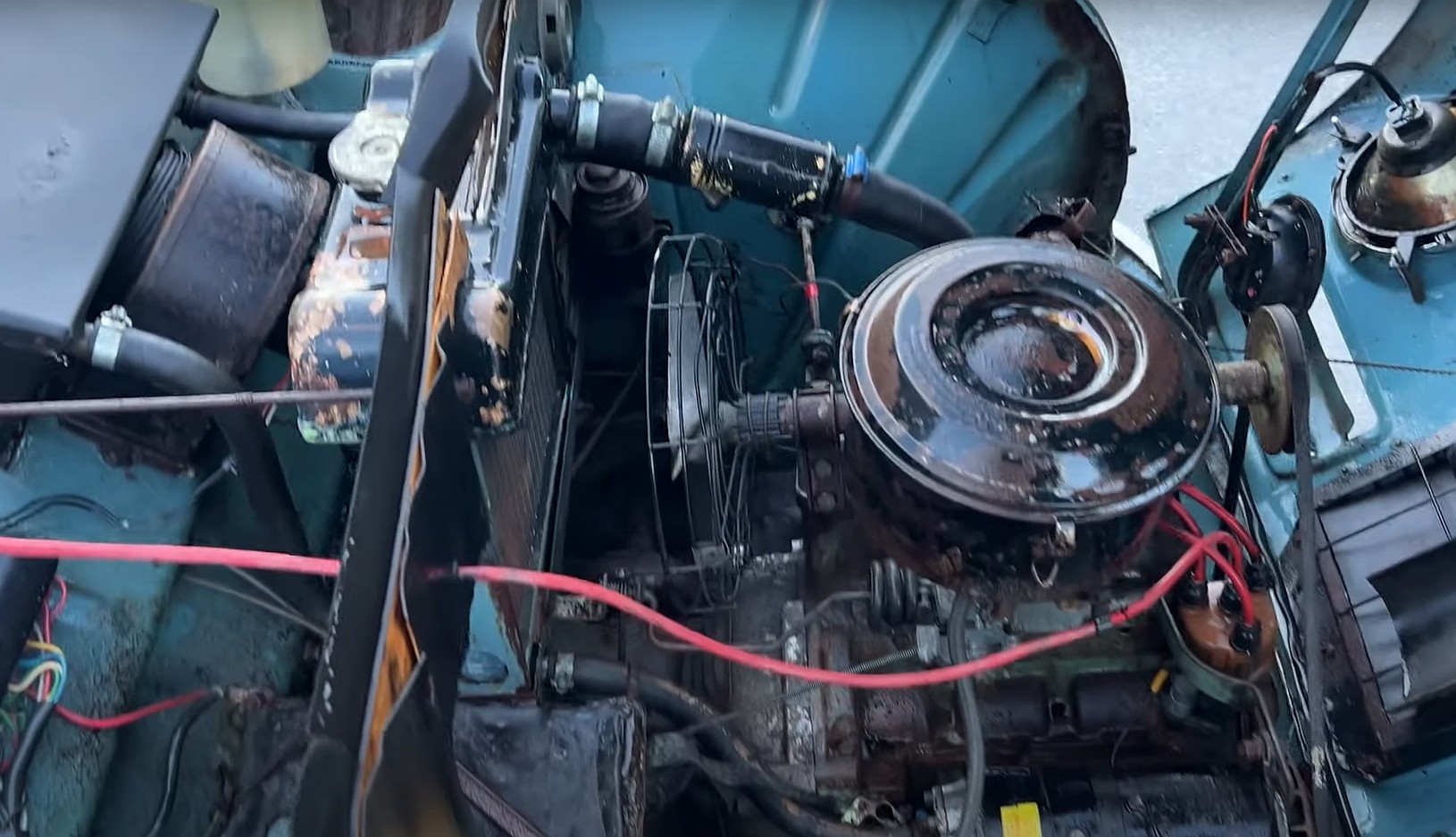