First U.S.-import Toyota to be auctioned as museum closes The 1958 Crown was the first U.S.-registered Toyota.

Here's the first Japanese car officially imported to America. The 1958 Toyopet Crown is so old that it's badged "Toyopet" instead of Toyota, and the first U.S. market Crown has survived all these years. Now it's going to be auctioned, as the Tupelo museum that owns it is closing.

The first generation Crown didn't find the success later Toyotas did in America. Despite the car's stout construction, the pet-like name wasn't great for sales: between 1958 and 1963 only 2,240 Crowns managed to be sold, and the final year's sales consisted of just tens of cars. As by late 1960 Toyota had taken a hit of 1.42 million dollars due to the Crown not finding buyers, the company focused on selling enough Land Cruisers to make up for the disappointment and to fund a re-engineered, bigger sedan it could competently sell in the States. The "Toyopet" name was also dropped when the next generation, S40 series Crown debuted.

1958 Toyopet CrownBut back to the car featured here: the 1958 Crown was the first of them all, and its first owner was the Consulate General of Japan in San Francisco, Akira Nishiyama. Between taking delivery in October 1958 and passing it on in 1965, the consulate only clocked 28,698 miles on the Crown. The new keeper, a garage owner named Tanaka proceeded to store the car for four decades. The story goes the 1.45-liter, 60-horsepower car wasn't great on California's hilly roads and kept overheating. Tanaka is likely to have taken the car in to be repaired and the situation turned into long-term storage instead. When the Crown was extracted from its resting place, it still had the Consulate General's cigarettes in the rear seat's ash tray.

As Japanese Nostalgic Car  writes, the Crown was put on eBay in 2008 and it found a new home in Tupelo, Mississippi, at the Tupelo Automobile Museum. There's been a Toyota plant in the city since 2007, and the Crown's purchase followed the opening of the factory. Subsequently, the Crown was also restored and painted to match the sample found in the car's trunk. You can see photos of the Crown in its current condition on the museum's website.

Sadly, the museum is now closing, and that means this Tupelo Honey needs to go, along with its 176 display mates owned by the museum. The vehicles will be auctioned in late April through Bonhams, and it will be interesting to see how much the Crown commands. We hope it finds a good home. 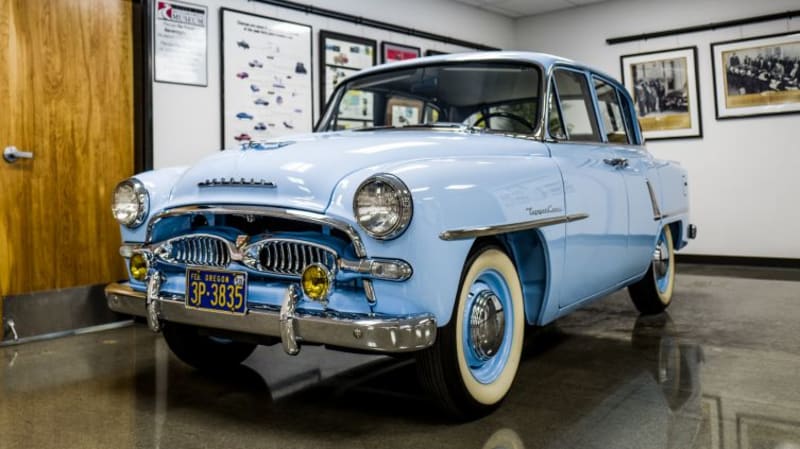