And just like its predecessor, it was purchased and driven by many celebrities.

The list of famous people that had a Corniche in their garages is quite long and includes names like Elton John, Frank Sinatra, Paul McCartney, David Bowie, Aristotle Onassis, and Helen Brach.

Granted, the latter wasn't as famous as Elton John or Frank Sinatra, but I've included her name here for two reasons. First, she owned this really cool 1971 Corniche finished in a special-order magenta color. Called Brach Candy Purple, this hue is unique. Second, Helen Brach created quite a stir when she disappeared without a trace in 1977. And she was never found.

Known as the "Candy heiress," Helen Brach married Frank Brach, son of Emil J. Brach and heir to the E. J. Brach & Sons Candy Company. When her husband died in 1970, she inherited a multi-million-dollar fortune and got involved in the horse trade.

Brach mysteriously disappeared in 1977, and even though an investigation concluded that she was murdered, her body was never found. She was declared legally dead in 1984, and her case was linked to the "Show jumping horse killings scandal" that emerged in the early 1970s.

Investigators believe that she came across an insurance fraud scheme run by the Chicago Mob, which led to her kidnapping and murder. More than a decade later, horse stable owner Richard Bailey was charged, but not convicted, with conspiring to murder Brach. He was eventually sentenced to 30 years in prison for defrauding her.

At the time of her disappearance, this gorgeous 1971 Corniche was parked in front of her mansion in Glenview, Illinois. Come 2022, and the Rolls-Royce looks like it's brand-new and it's looking for a new owner via Mecum Auctions.

A low-mileage convertible with only 16,000 miles (25,750 km) on the odo, this Corniche was custom-ordered in an attention-grabbing magenta color that Rolls-Royce dubbed Brach Candy Purple. It was paired with a white top and a matching interior with Magenta piping and carpeting.

While the car is said to come with documentation, there's no word if the Corniche was restored or simply kept in pristine condition in a heated garage for five decades. Given that it looks like it just left the Rolls-Royce factory, I'd say this classic was refreshed at some point.

A first-year model, this Rolls hides a 6.75-liter V8 engine under the hood. Rated at 200 horsepower when new, the mill mates to a three-speed automatic gearbox. And based on the way it looks, it should run like new.

If you're into flashy classics, colorful candy, or a piece of fascinating Chicago true-crime history, this Corniche will cross the auction block at Mecum's Chicago 2022 event on October 13-15. There's no pricing estimate for the auction, but first-year Cornice models are known to go for more than $60,000 in this condition. Perhaps this mild celebrity example will fetch a six-figure sum? 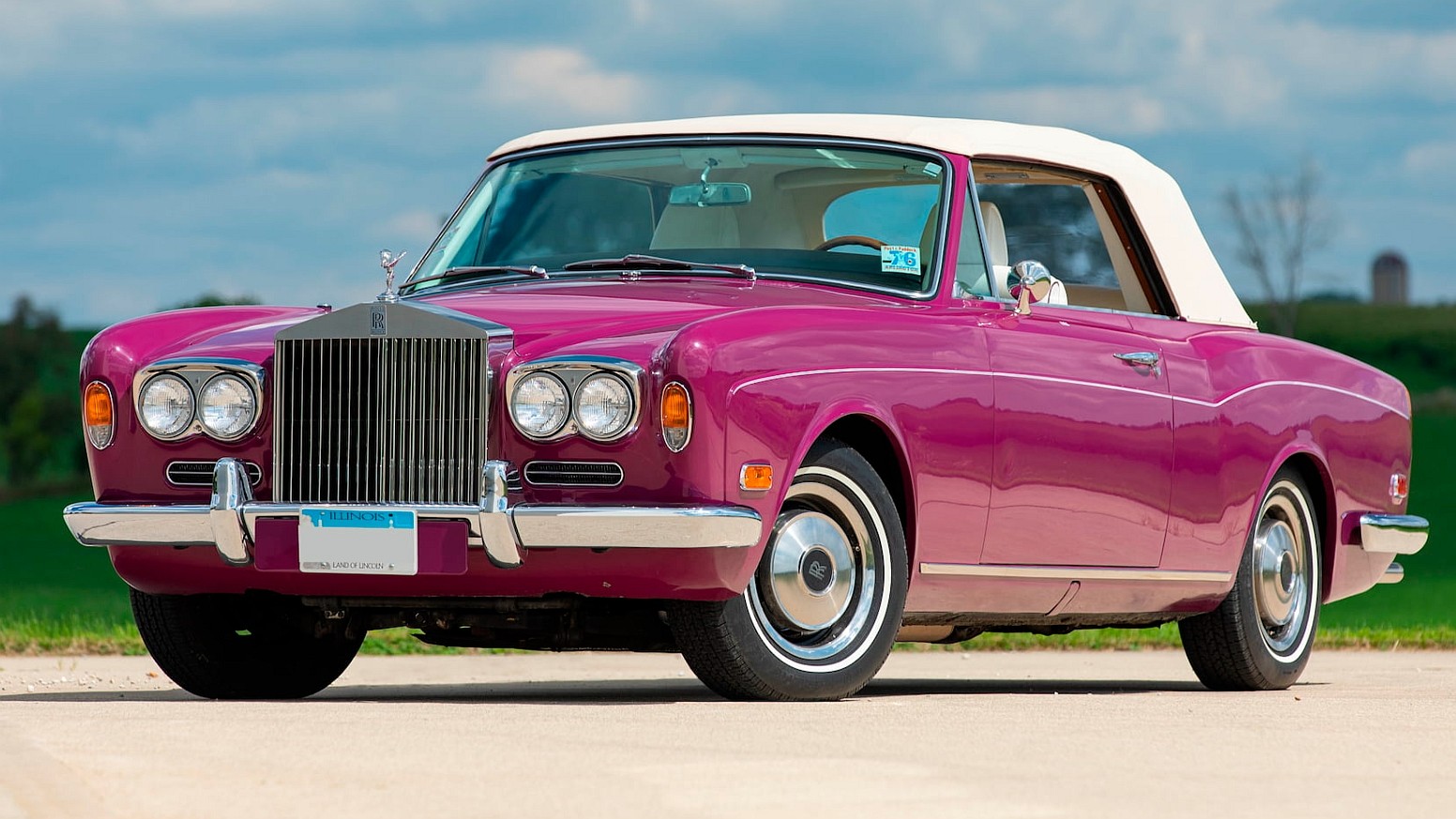