These trucks used to deliver the mail in Japan.

The &Post project is Japan Post's effort to celebrate handwritten letters in an era where many people communicate via text messages, and part of the initiative involves converting an old Toyota Hilux pickup truck into a mobile post office. The creators give it the clever name Post Car.

The truck's cargo bed features a retro-looking design with a wood topper that looks like an old building. It even has the appropriate decoration like a lamp to set the scene.

The Post Car pickup will also sell postcards and stationery, according to Japanese Nostalgic Car. Visitors will even be able to take an image off their phone and turn it into a postcard.

Japan Post previously used the Hilux for hauling the mail, so the truck was a natural choice for this project. The postal service used them as far back as the first generation of the pickup, according to Japanese Nostalgic Car.

The &Post Hilux is currently on display at the Kitte shopping center in Tokyo's Marunouchi area. However, it's hitting other spots around the country later this year. A machine translation of the page about the vehicle says the truck is traveling "the country in search of Japanese characteristics and seasonal scenes."

The Hilux is famous today for its robustness. While a compact truck by American standards, the Toyota is still up to the task of functioning as a capable, four-wheel-drive camper or being your motorcycle hauler.

Toyota is currently preparing a new unified pickup platform with an emphasis on improving fuel economy that would allegedly underpin the next-generation Tundra, Tacoma, and Hilux. The first of these trucks would reportedly arrive for the 2021 model year. 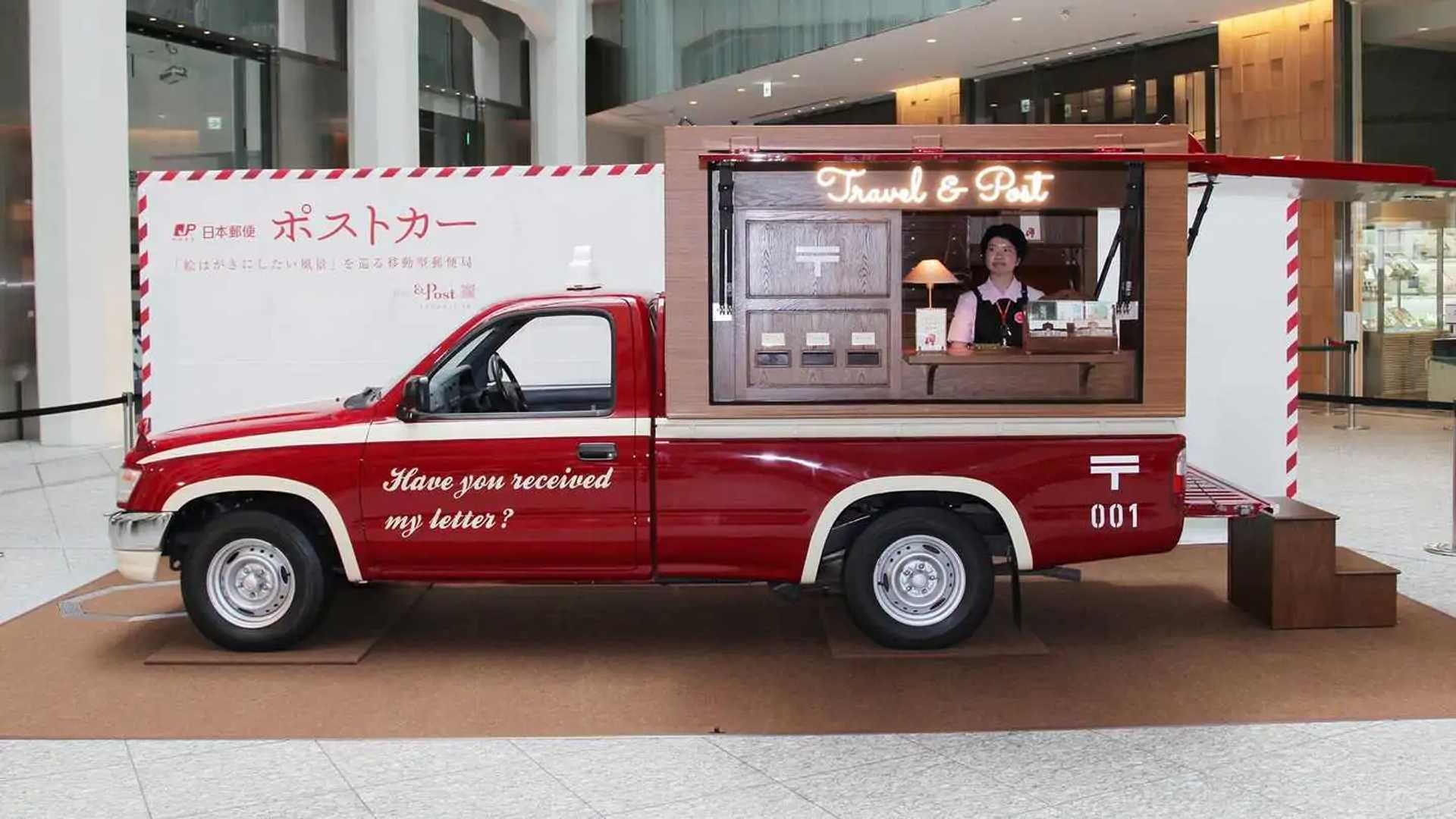