While most Chevrolet Corvettes out there are fairly inexpensive, although still collectible cars, some of them have attracted enough attention to be priced in the millions.

One of these examples is the unique 1957 Chevrolet Corvette Super Sport show car that could sell for more than $2 million at a Mecum auction in Kissimmee, Florida.

One of the main attractions at the event, this Vette started life as a run-of-the-mill red 1956 Corvette. It was supposed to serve as a display model in the General Motors Building in Detroit, but its fate would radically change from then on. GM turned it into a special show car to promote their latest technological advancement: the Rochester Ramjet fuel injection system.

For this purpose, the original 265 cubic-inch (4.3 liters) engine was replaced with a new EL-code 1957 fuel-injected 283 HP V8 engine with a special camshaft, and a lot of chrome parts. Of course, to catch people’s attention, the exterior had to be as flashy as possible, too, so GM painted a blue line over the pearlescent white to match the Corvette race cars that competed at Sebring that year. They also replaced the windscreen with two aircraft-style plexiglass bubbles. With cues inspired by the racing-purposed SR-2 Corvettes of the time, this show car was an accomplished mission.

We must add this was the moment Chevrolet penned the Super Sport name and this show car was the very first model in Chevrolet history to bear it. Later on, it proved to be a perennial badge for many high-performance vehicles in the Chevrolet stable.

The Corvette Super Sport debuted at the New York Coliseum in January 1957 and later on appeared at the 1957 SCCA Convention and the Chicago Auto Show. Having completed the show circuit, it was sold to its first owner, Shurley Wilsie, a partner in Wilsie-Kelley Chevrolet, Caro, Michigan. Its journey continued among Chevrolet dealerships before being sold to a private buyer in Albuquerque in the ’60s.

The car was badly mistreated after it was damaged in an accident, but in 1997 it finally got a caring owner that restored it to its original condition. The car even rides on a set of original US Royal XP-140 non-DOT narrow whitewall tires with Corvette crossed flags molded into the sidewalls, believed to be one of only five sets produced and the only set that still exists today.

The car will go under the hammer on January 15 at the Mecum Auctions event that starts tomorrow in Kissimmee, Florida. Its estimated value is somewhere between $1.75 million and $2 million, but will probably see a lot more than that considering there is no other like it in the world. 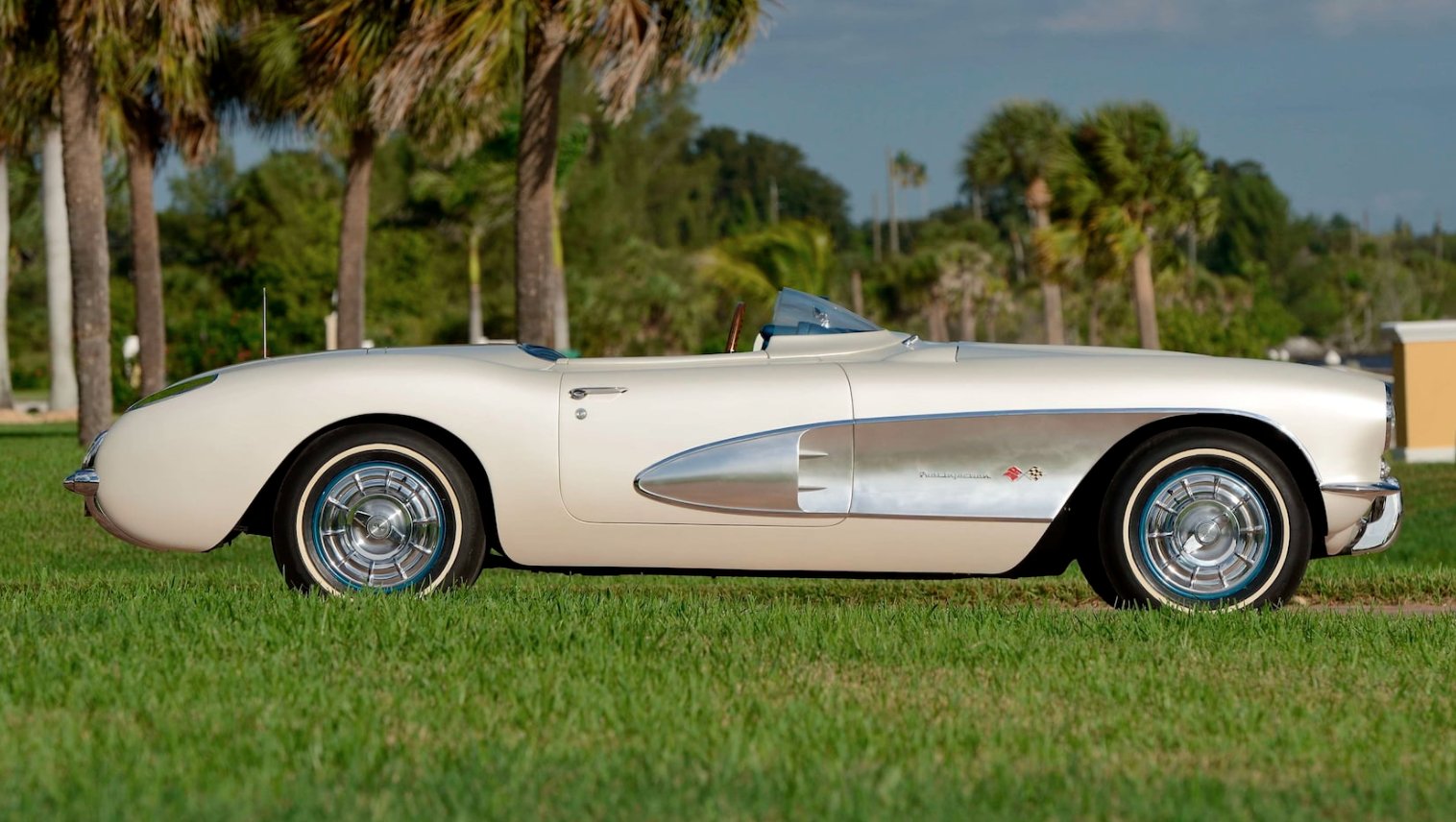 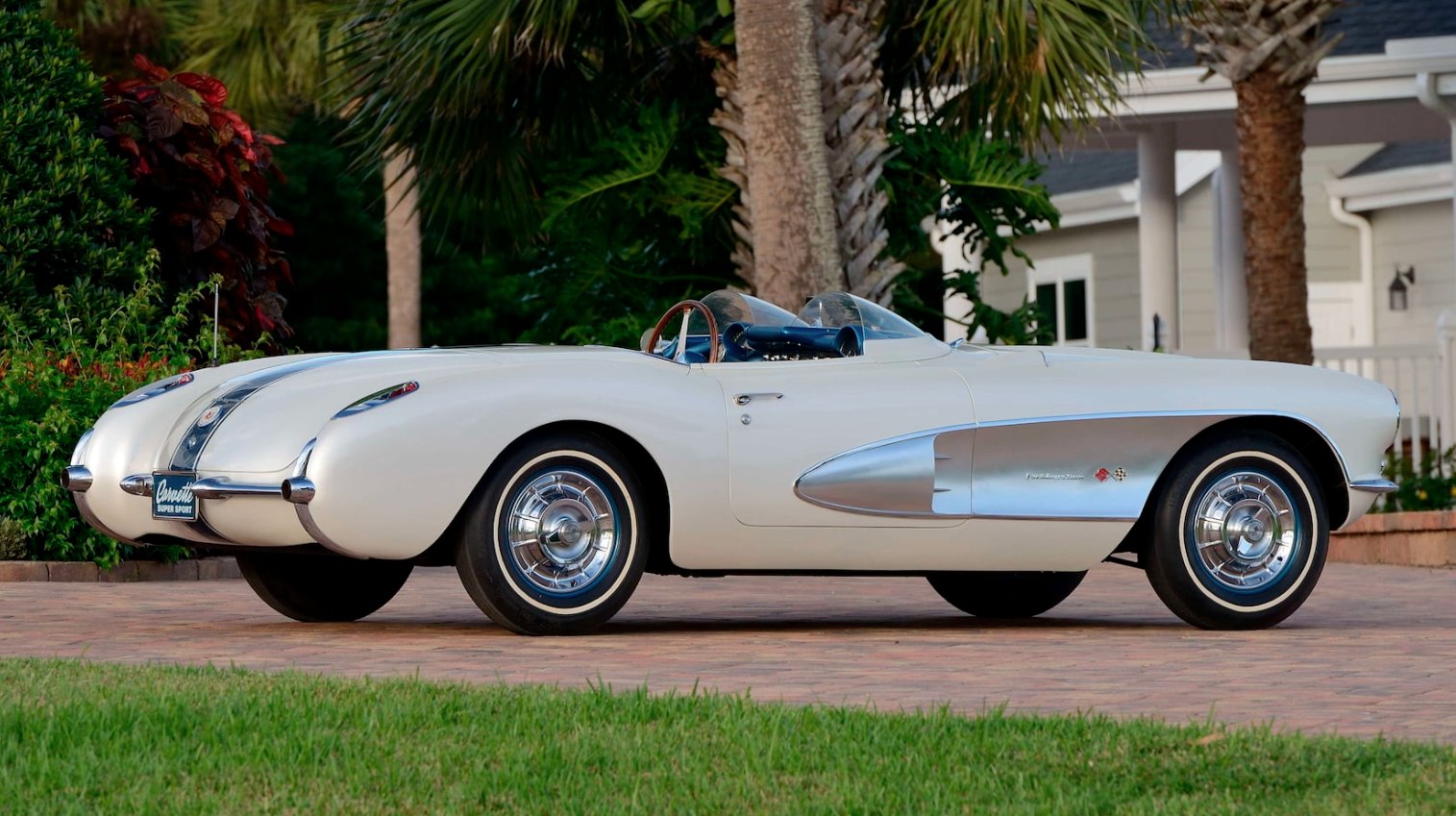 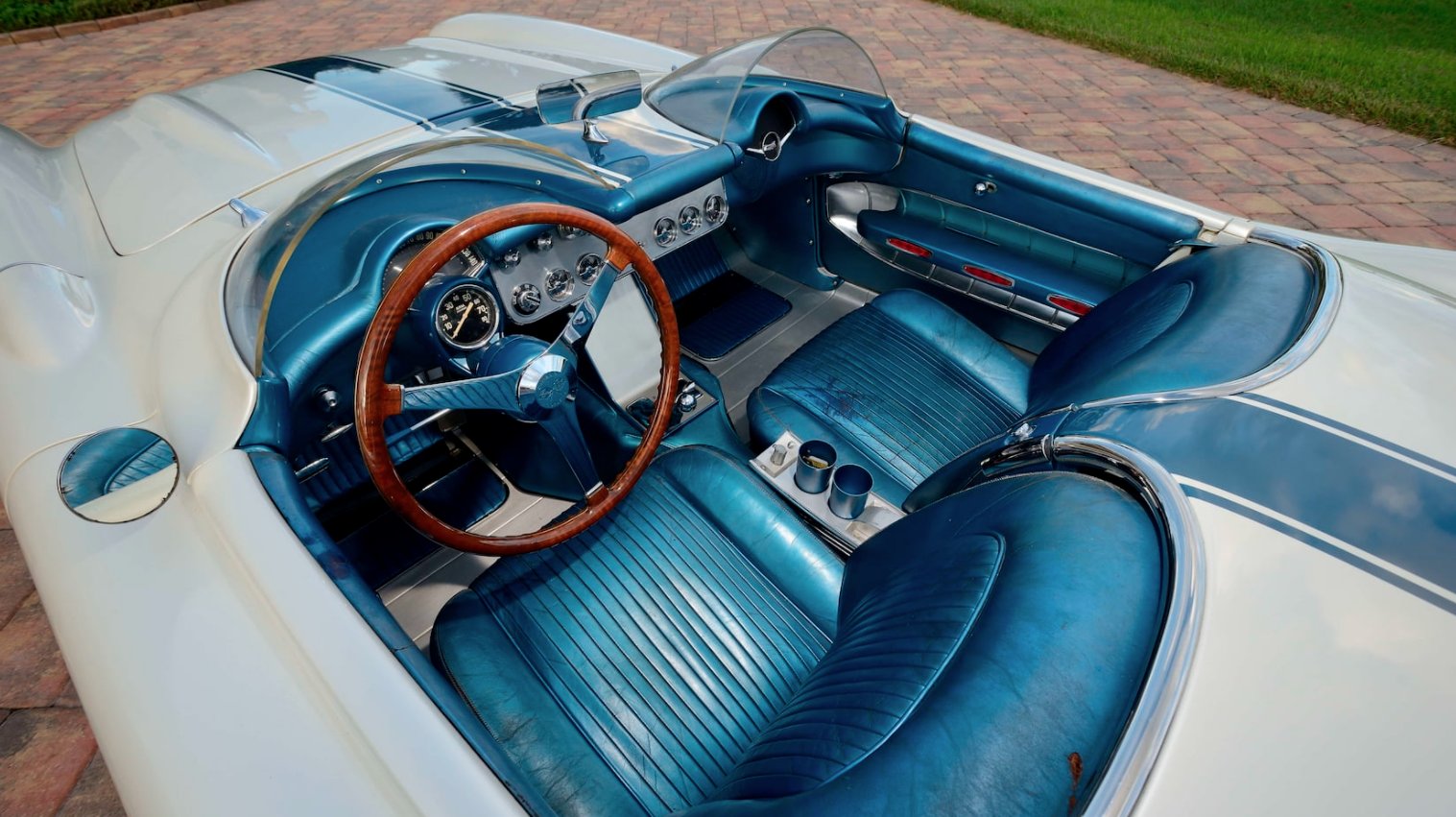 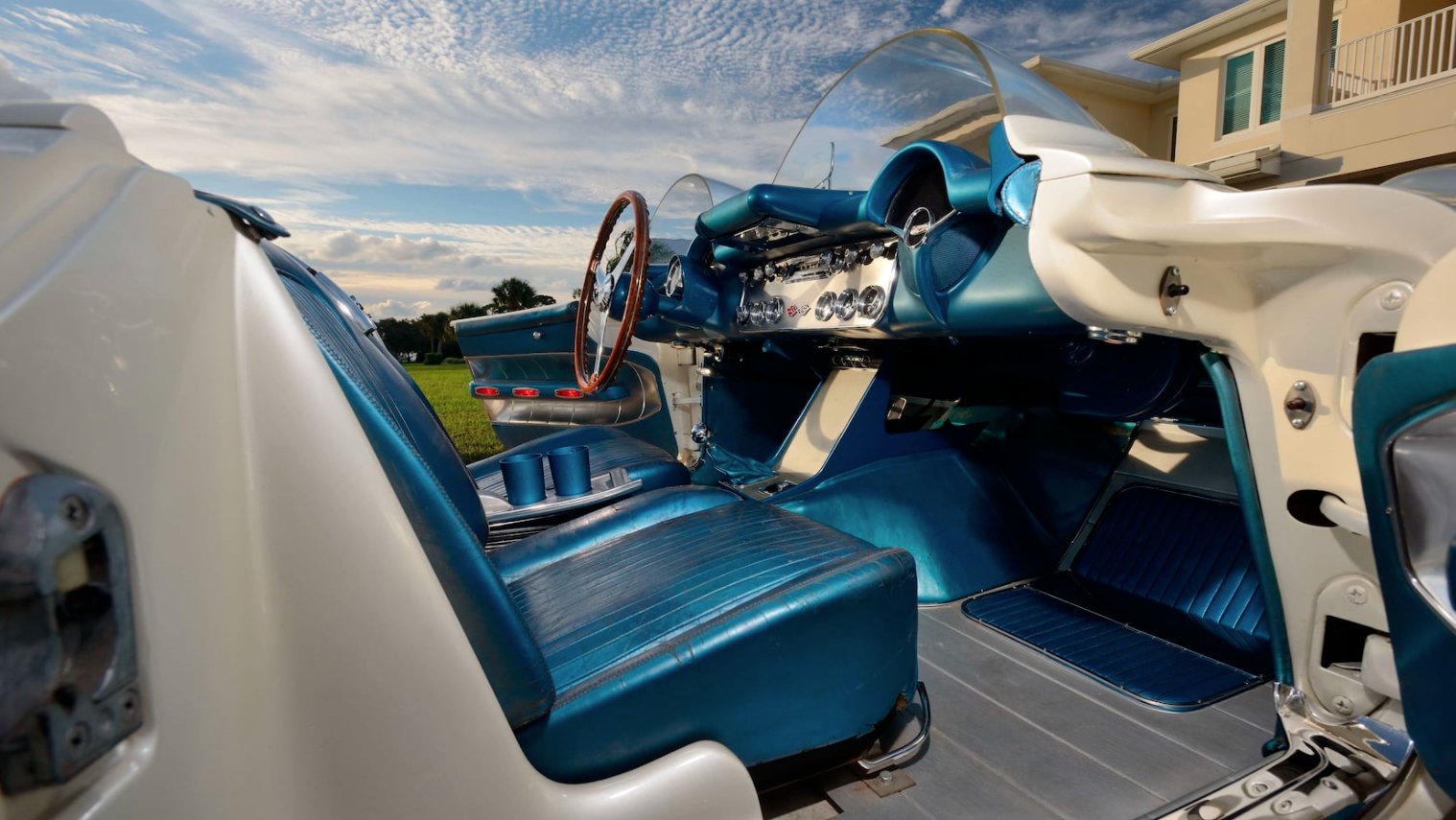 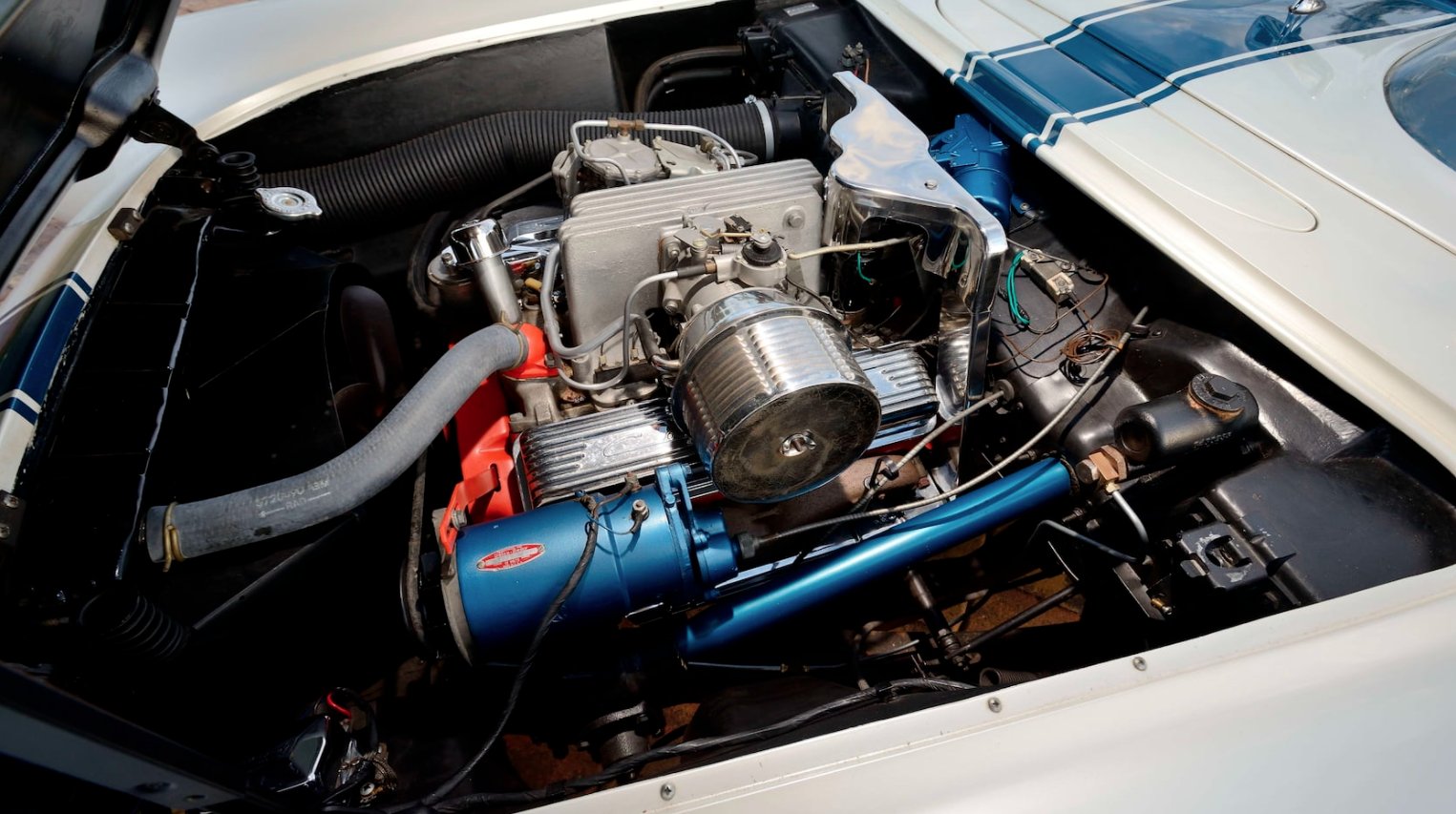