One-of-Two 2003 Chevrolet Corvette AAT Concepts Is Countless Kinds of Special, Can Be Had

chevroletchevrolet corvette
The Chevrolet Corvette is without a doubt not only America’s sports car, but also one of the world’s most impressive machines ever made.

So impressive, in fact, that it managed to survive over the decades while retaining the same amount of grip over the minds of car enthusiasts, and it did so by keeping true to its origins and the legacy of the first generations.

The Corvette is presently in its eighth incarnation, and we’ve just got treated to the presentation of the ultimate incarnation of the breed, the mighty 2023 Z06 with its 670 hp and an 8,600 rpm redline.

Despite all the extraordinary goodies that come our way from Chevy itself, it’s the pre-owned market that holds fine jewels from a time long gone, so extraordinary or unique that they rock bank accounts and set records as they sell.

The 2003 Corvette example we have here is one of those machines poised to really make a splash. It’s listed for sale, of course, waiting to go under the Mecum hammer at the Kissimmee auction that will open in Florida in the first week of next year.

The full name of the contraption is the 2003 Chevrolet Corvette AAT Commemorative Edition and it is based on the 50th Anniversary Special Edition launched by Chevy itself back in 2003.

This particular car was put together by a Rochester Hills, Michigan-based shop called AAT much closer to our time, in 2016. It is one of just two concepts to have been made by the garage, and it will be selling with no reserve, opening the doors to all kinds of surprises.

Wrapped in Millennium Yellow over a black and yellow interior, the ‘Vette sports chrome accents in the most meaningful of places, and a body sculpted in such a way that it perfectly bridges the half a century gap that separates the first-ever car of the breed from all the way back in 1953 from the 2003 model year this one it is part of.

Between the bulging wheel arches and under the downward-pointing hood, the car hides a 5.7-liter engine rated at 405 hp, tied to a 6-speed manual transmission for ultimate kicks. The engine spins chrome wheels wrapped in Bridgestone Potenza tires, behind which yellow brake calipers sit.

As said, the AAT Corvette is selling with no reserve at auction. It is presently part of a collection called Jerry Brewis, a mammoth gathering of no less than 45 vehicles, ranging from this Corvette to the McLaren 570S Spider, that are all selling at the same event. 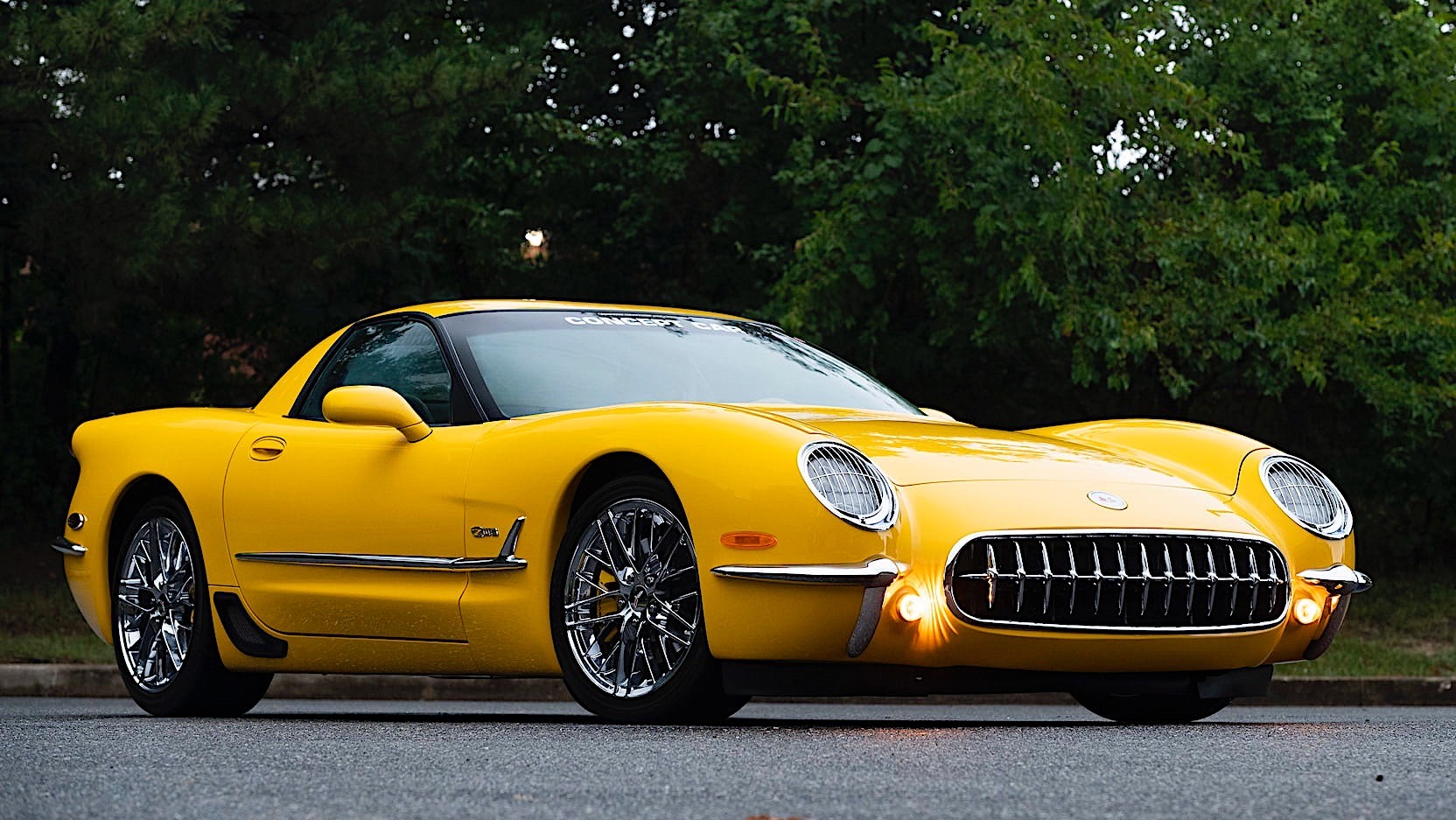 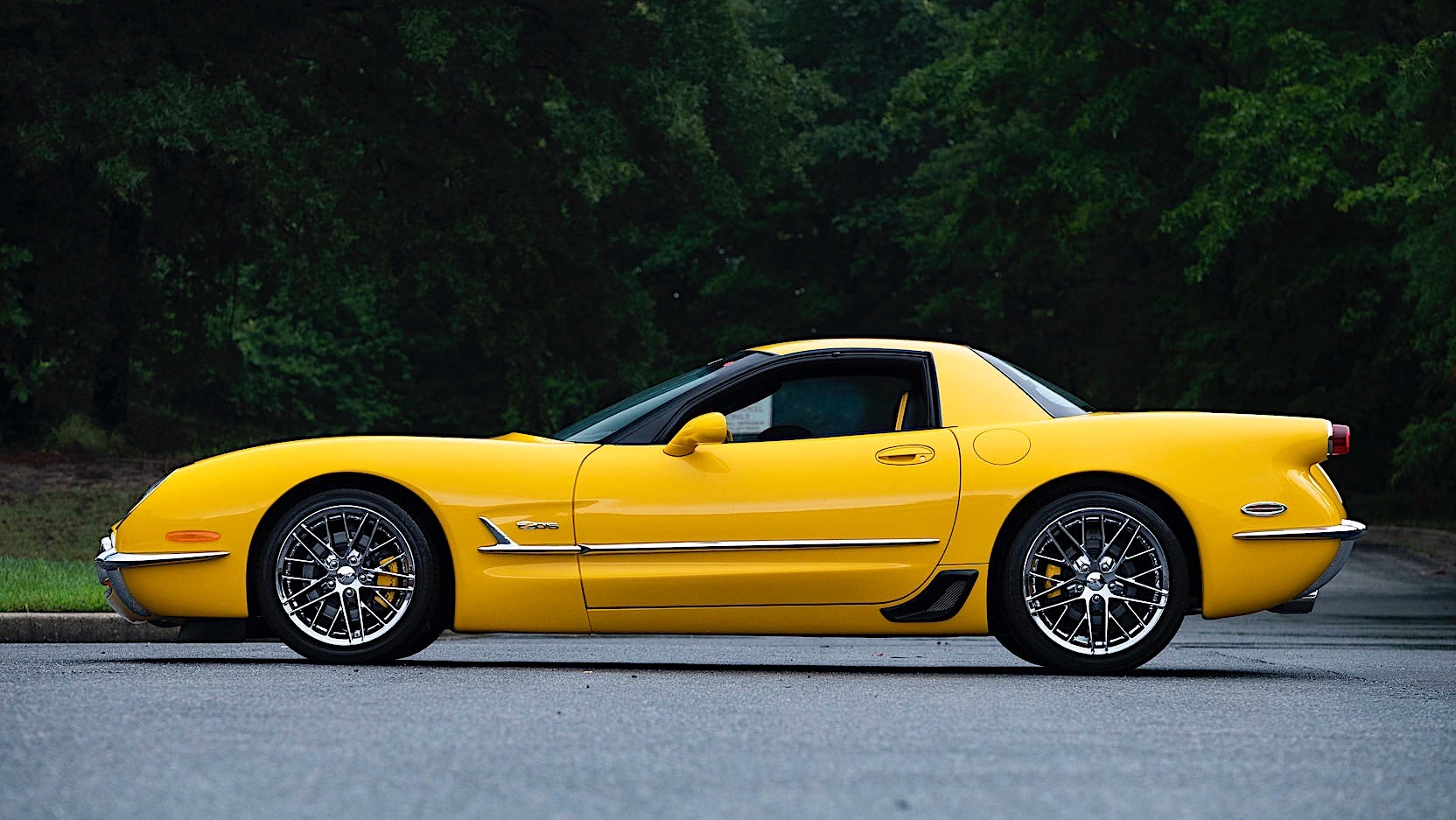 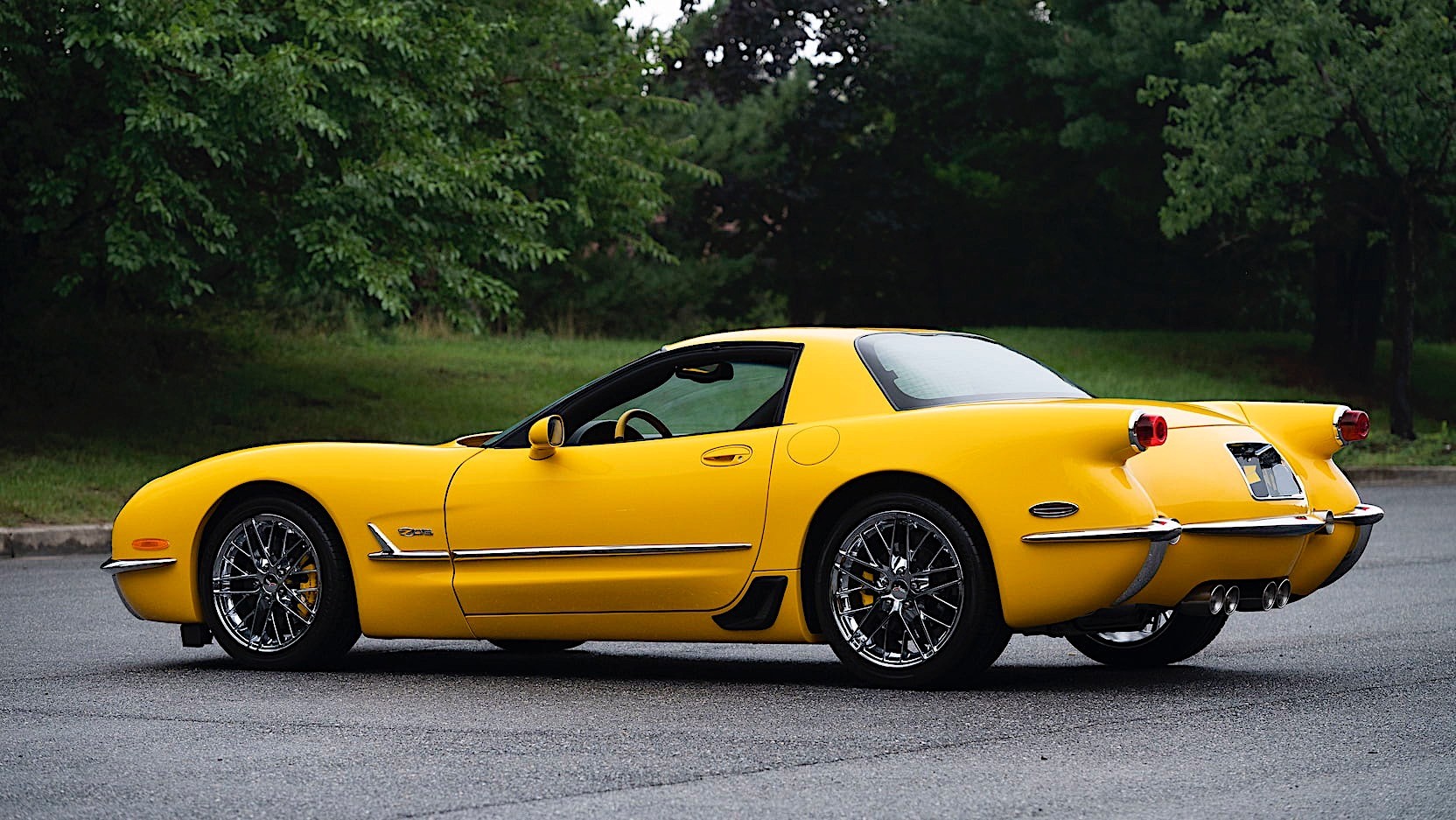 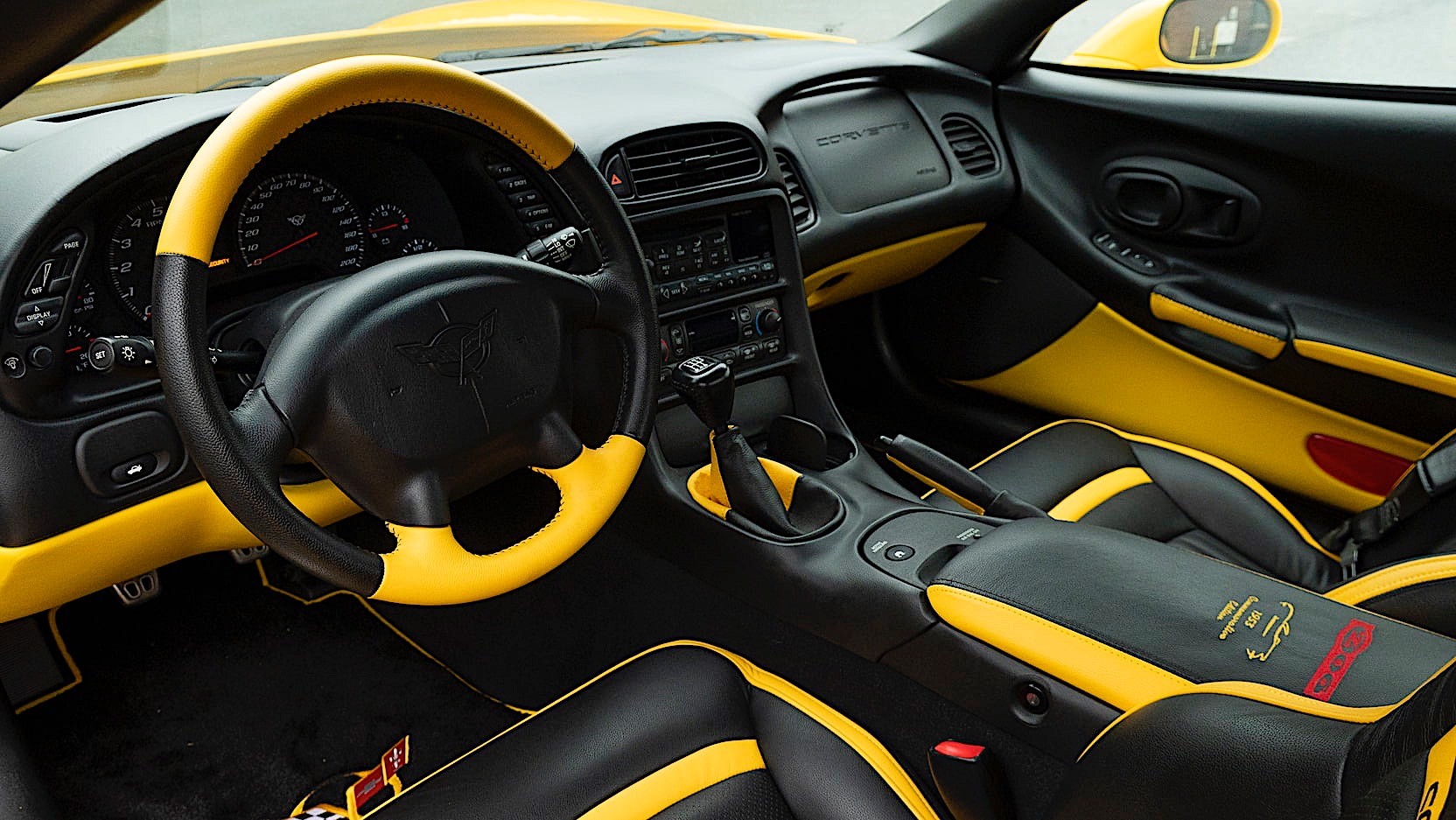 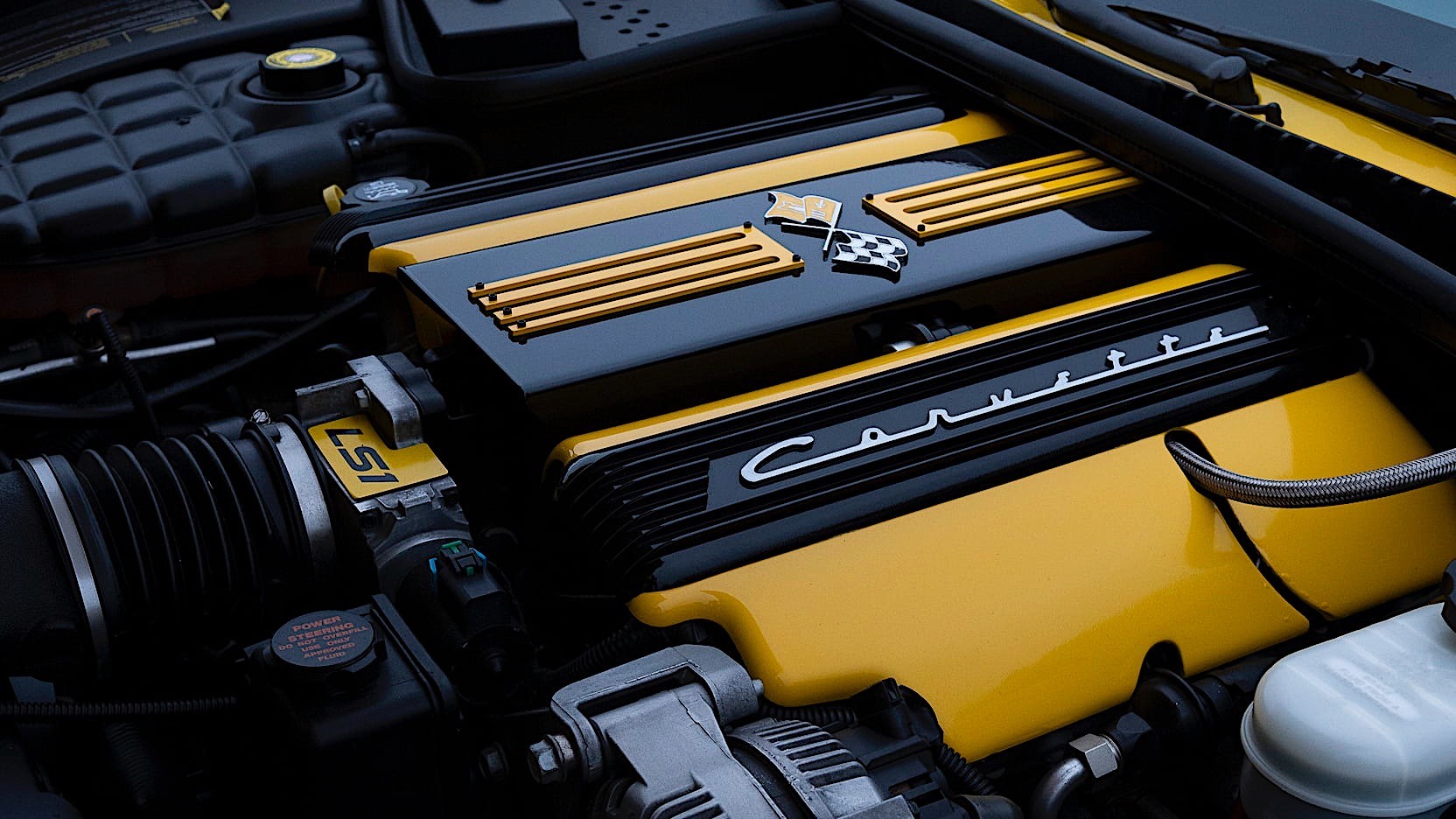