Well, would you look at all the flabbergasting classic goodness I (and most of you) can’t afford?

Pre-WWII motorcycles are genuinely fascinating in their own primitive ways, especially when they look as great as this numbers-matching 1937 Indian Junior Scout. The bike had been purchased by the current owner nearly three decades ago, and it was recently subjected to an extensive two-year restoration that ended in January 2022.

During the refurbishment, the Junior Scout saw its fuel tank and valanced fenders wrapped in a stunning coat of fresh two-tone paint, complete with gold pinstripes and Indian graphics. The machine’s suspended solo saddle was reupholstered using top-quality leather, and the springs it’s attached to have been put through an invigorating makeover.

In the footwear department, we’re greeted with refurbished drum brakes and wheel hubs, which are laced to new 18-inch hoops via stainless-steel spokes. The blacked-out rims come equipped with a very appropriate pair of Coker Classic Cycle Clincher tires, and these bad boys look as classy as they do unsafe.

Furthermore, the motorcycle’s Autolite generator, carb, and analog dials have also been overhauled, as were its girder forks and hand-shifted three-speed gearbox. To really conclude this all-encompassing refurbishment in style, there was still a bit of work to be done on the baby Scout’s 30ci side-valve V-twin engine.

Much of its internal and external hardware got treated to a session of Electroless nickel plating, including the valve covers, cylinders, and kick-starter assembly. All things considered, the sheer amount of elbow grease that went into restoring this ‘37 MY relic is truly dumbfounding, and we’ve only been scratching the surface here!

The museum-quality Indian Junior Scout described above is making its way to the auction block at this very moment, but you’ll probably have to sell one of your kidneys in order to stand a chance at snatching it. Currently, the highest bid is placed at an unnerving $45,000, and the BaT (Bring a Trailer) auction will be open until Friday, April 29. 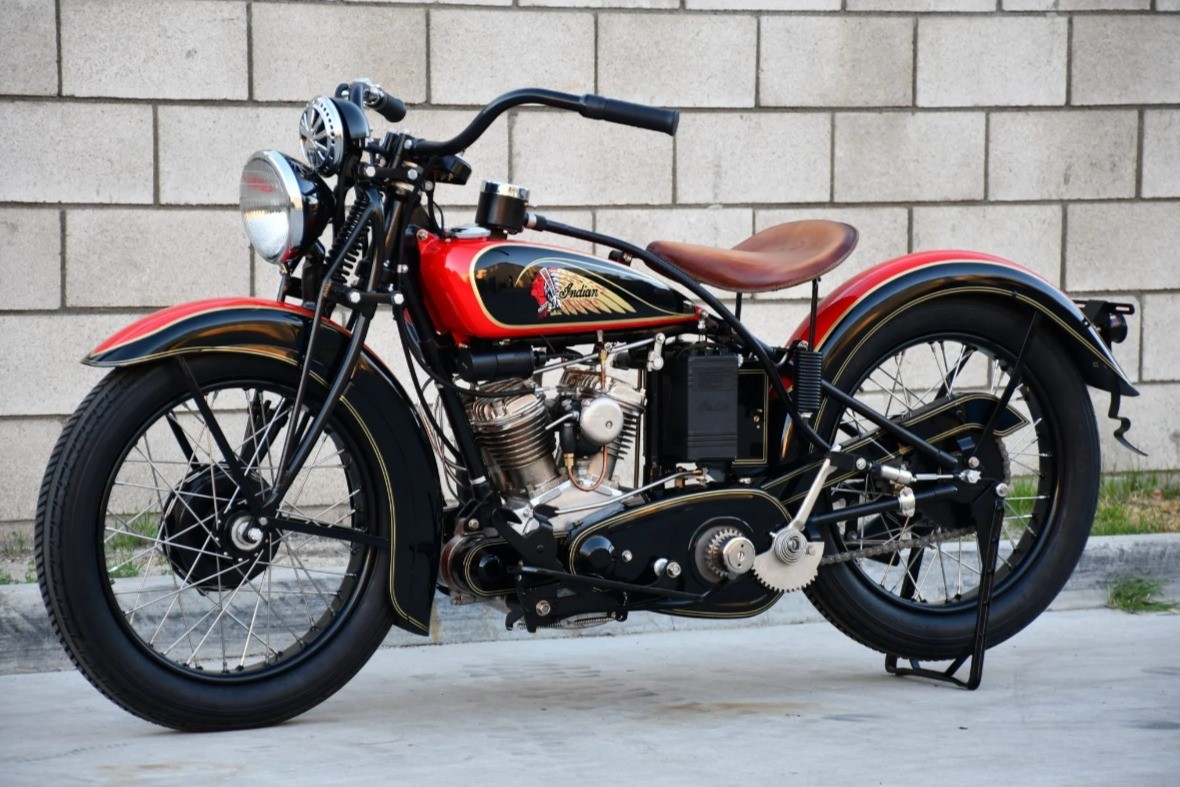