dodgeDodge Challenger
Hey, did you hear the big news? The infamous 1970 Dodge HEMI Challenger "Black Ghost" is back in the spotlight after spending a few good years in hiding.

No, it didn't return to terrorize street racers again, but to find itself a new owner.

But before it does so at the Indiana State Fairgrounds in Indianapolis in May 2023, the legendary HEMI racer joined Mecum's Kissimmee 2023 car sale as a display piece. And it was parked right next to its modern sibling, the supercharged 2023 Dodge Challenger "Black Ghost."

If you're not familiar with this legendary Mopar, it once belonged to Godfrey Qualls, a Detroit police officer by day and mysterious street drag racer by night. Yup, that's a combo that would get you a few good years in prison nowadays, but Godfrey got away with it back in the 1970s.

And that's mostly because he would show up out of blue at local hangouts, win quarter-mile races and then vanish into the night. The story goes Godfrey and his black Challenger won numerous races before the pair disappeared for good in 1975, leaving a mythical legend behind.

The true identity of the "Black Ghost" wasn't uncovered until decades later, when Godfrey shared the stories with his son, Gregory. Qualls had since passed away and left the black muscle car to his family.

Come 2023 and the HEMI-powered Challenger is a cool unrestored survivor. Still wearing battle scars from its years as a night racer, the "Black Ghost" is most likely heading toward becoming the most expensive 1970 Challenger ever sold at auction.

And not just because it has a fabulous story to tell. This Mopar is also a rare gem. You see, while Dodge sold almost 77,000 Challengers in 1970, only 356 of them left the assembly line with a 426-cubic-inch (7.0-liter) HEMI V8 under the hood. And only 60 of them were also equipped with the SE package, like Godfrey's car. All told, it's second only to the HEMI-powered Convertible, built in just nine examples, in terms of scarcity.

Anyway, Mecum's Kissimmee 2023 event is a super-rare opportunity to see the original "Black Ghost" next to the modern tribute car that Dodge released in 2023. Based on the 2023 Challenger Hellcat Redeye Widebody, the 21st-century "Black Ghost" is part of the Last Call series. If you can't make it to Kissimmee, you can see the cars sharing the same display in the video below. They come in at the 23:36-minute mark.

But if you're a fan of classic muscle cars, I highly recommend you watch the entire video because it's packed with cool Mopar metal from the past. Yup, you'll see anything from Chargers and Daytonas to Road Runners and Barracudas. 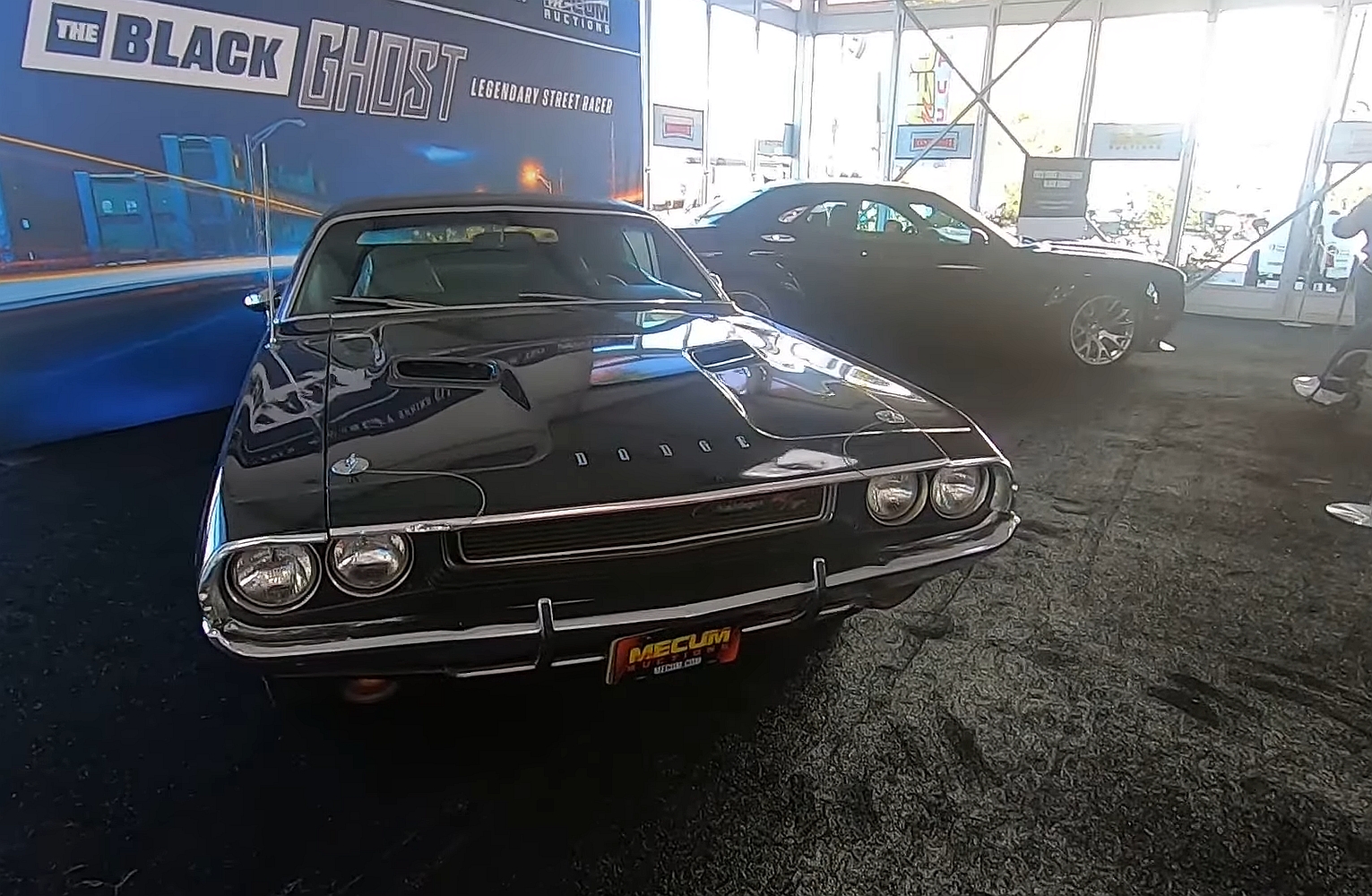 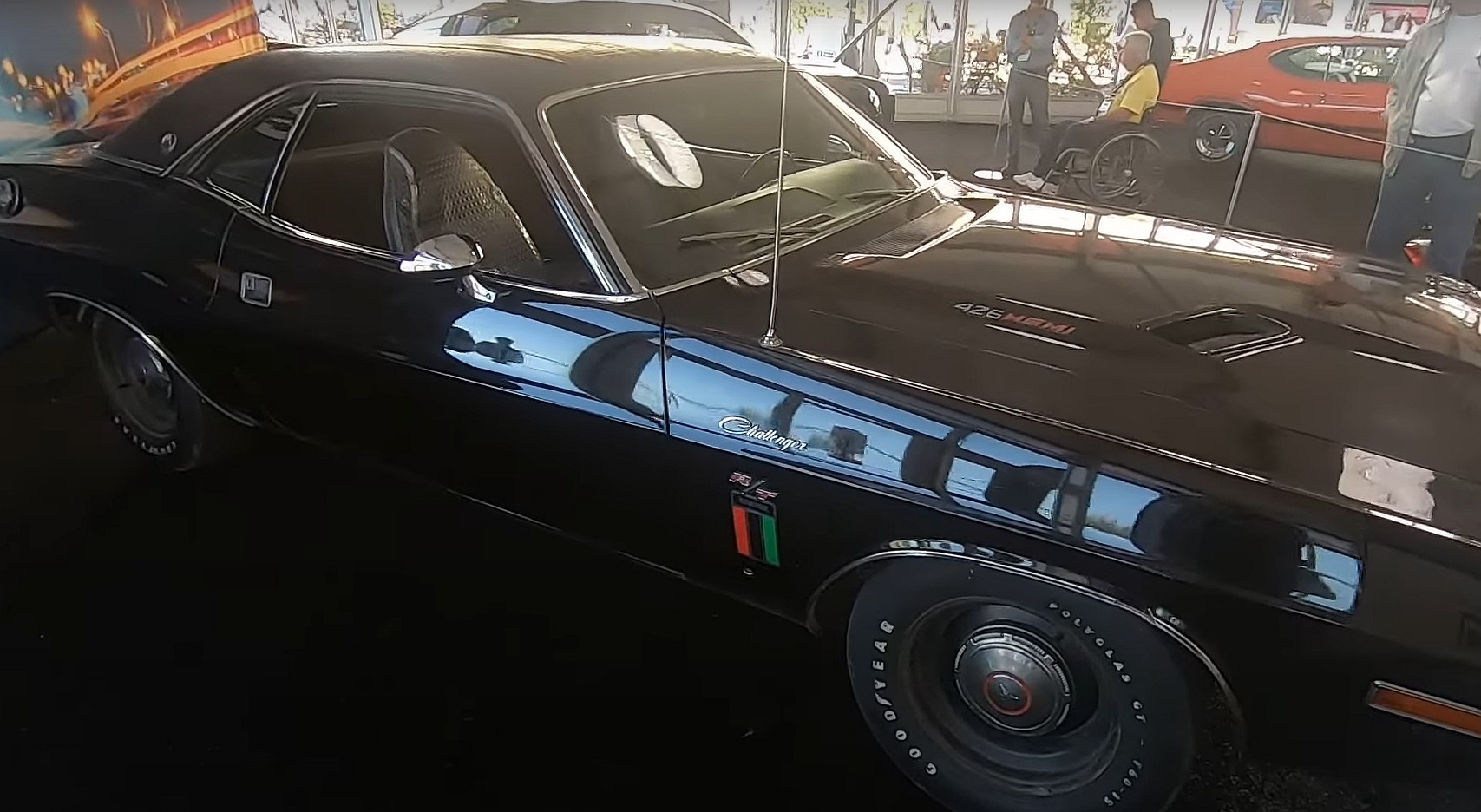 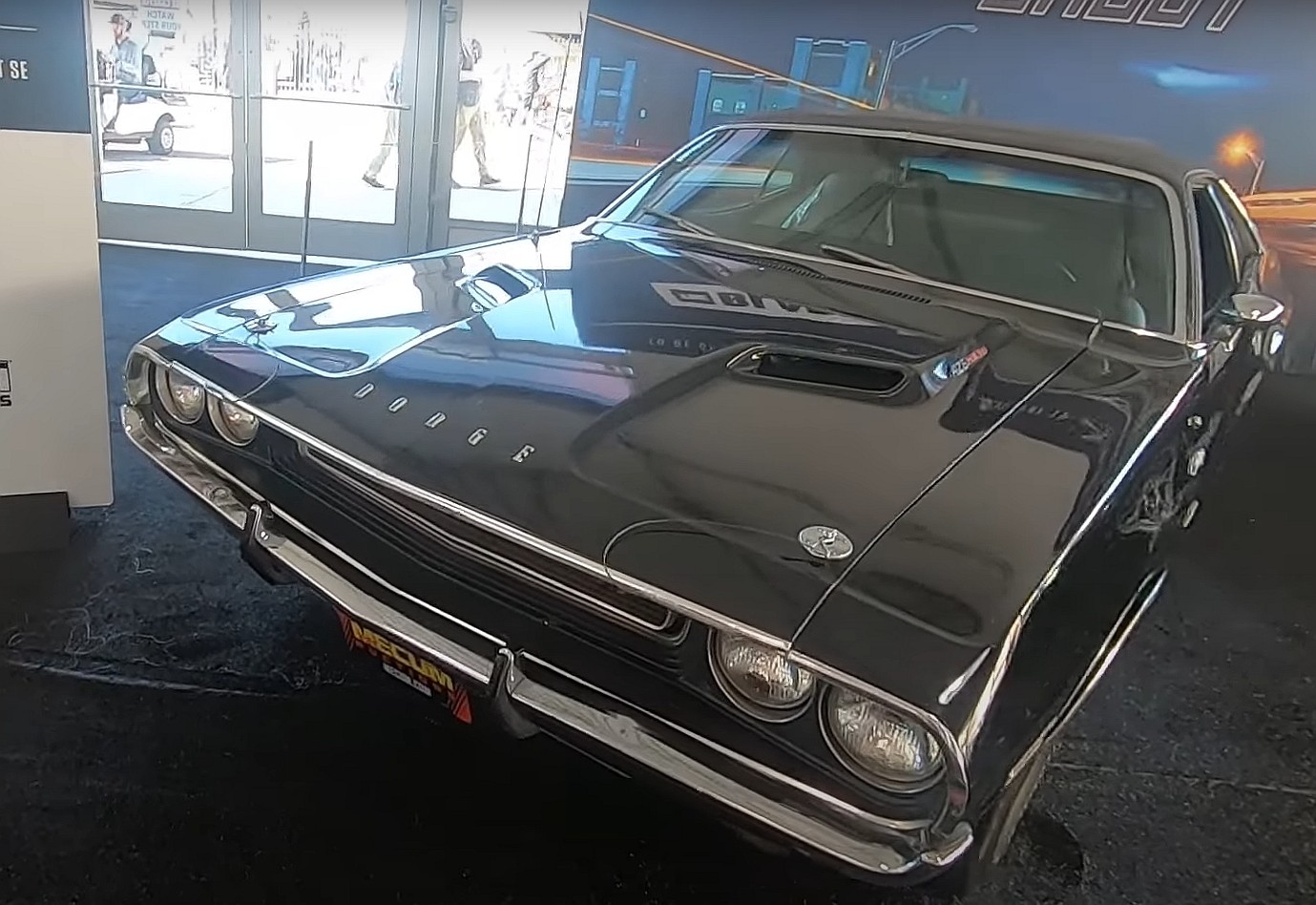 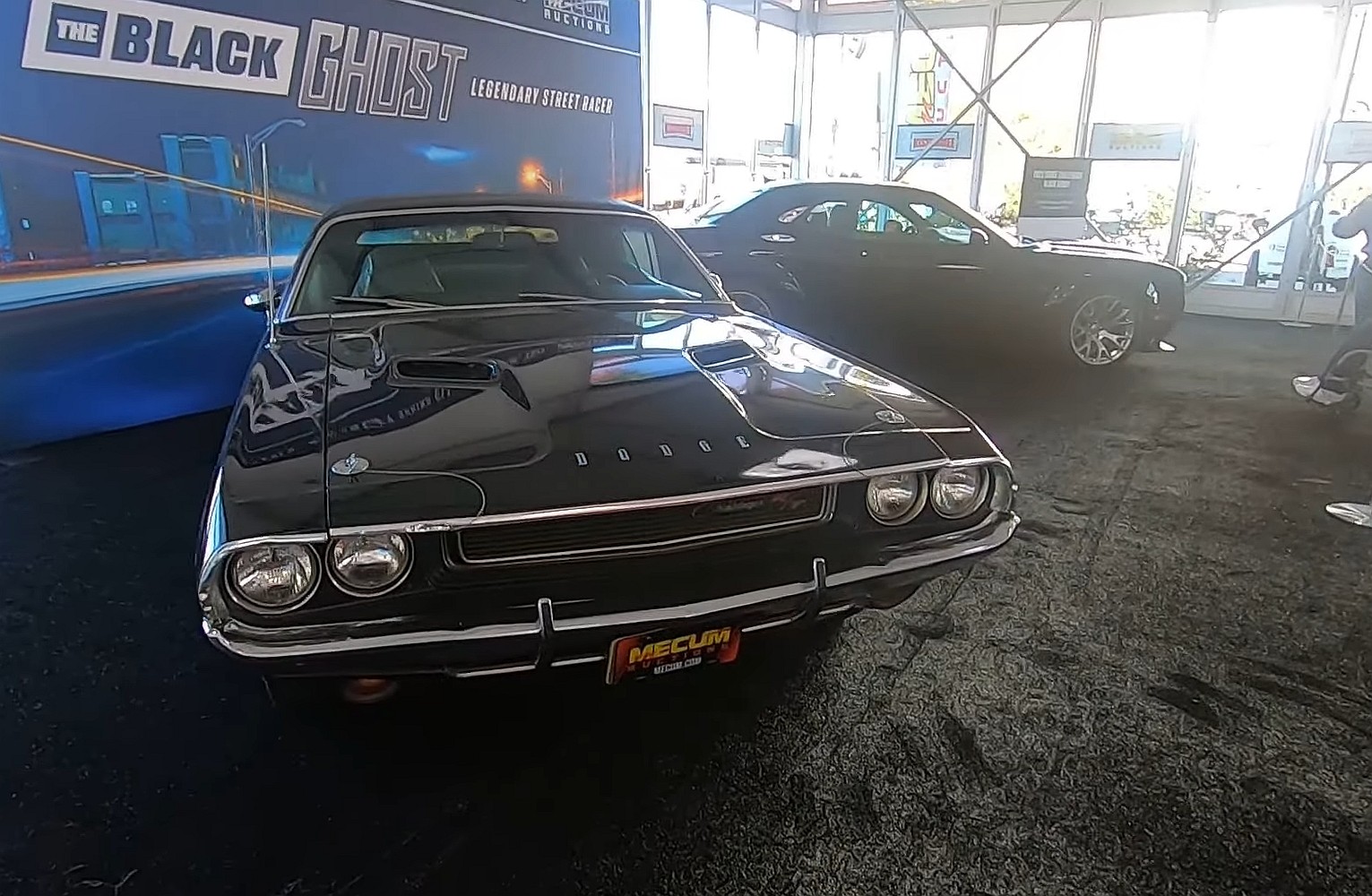