This first-generation Ford Broncos might not have all the modern-day gadgets, but it sure knows how to climb the most challenging trails.

Even 50-year-old examples are a good buy today, and you can see what we mean by looking at this 1975 Bronco we’ve found on Bring a Trailer.

Ford Bronco is one of the most sought-after vehicles in North America right now. Some customers report waiting times of more than a year for selected trims, so pre-owned vehicles are also in high demand. This goes not only for almost-new examples of the 2022 model year but also for 50-year-old Broncos. Especially when it comes with all the off-road equipment to tackle the wildest trails and is also in excellent shape, as this 1975 example.

This Bronco has reportedly spent the last 30 years in the seller’s family, which might explain why it was kept in such a pristine state. It looks great and is ready for action, no matter how tough. It was modified after 2017 by installing a 5.8-liter V8 engine sourced from a 1989 Ford and a 6R80 six-speed automatic transmission to become the monster off-roader it is today.

The seller also refreshed the green paint originally applied fifteen years ago and installed aftermarket steel bumpers with a front Ramsey winch and an integrated rear receiver hitch. The Bronco has a removable white hardtop installed over a six-point roll cage. An aluminum bimini top is also part of the sale.

The video below shows that this Bronco is a beast, being fitted with a suspension and body lift, Bilstein shocks and TBP leaf springs, TBP extended radius strut arms, and a TBP Trail Terminator steering linkage. The truck rocks a Dana 44 front axle with a Power-Lok locking differential and a 9″ rear axle with a Yukon Grizzly locking differential. A dual-range transfer case featuring “twin–stick” controls that allow for independent engagement of the front and rear axles completes the package.

This makes for an extremely capable Ford Bronco, even compared to the best of today’s model. The off-roader is offered on Bring a Trailer, and you see why the highest bidder already offered $40,000 four days into the auction. We’re sure this will not be the last offer, so expect this to increase in the next three days. 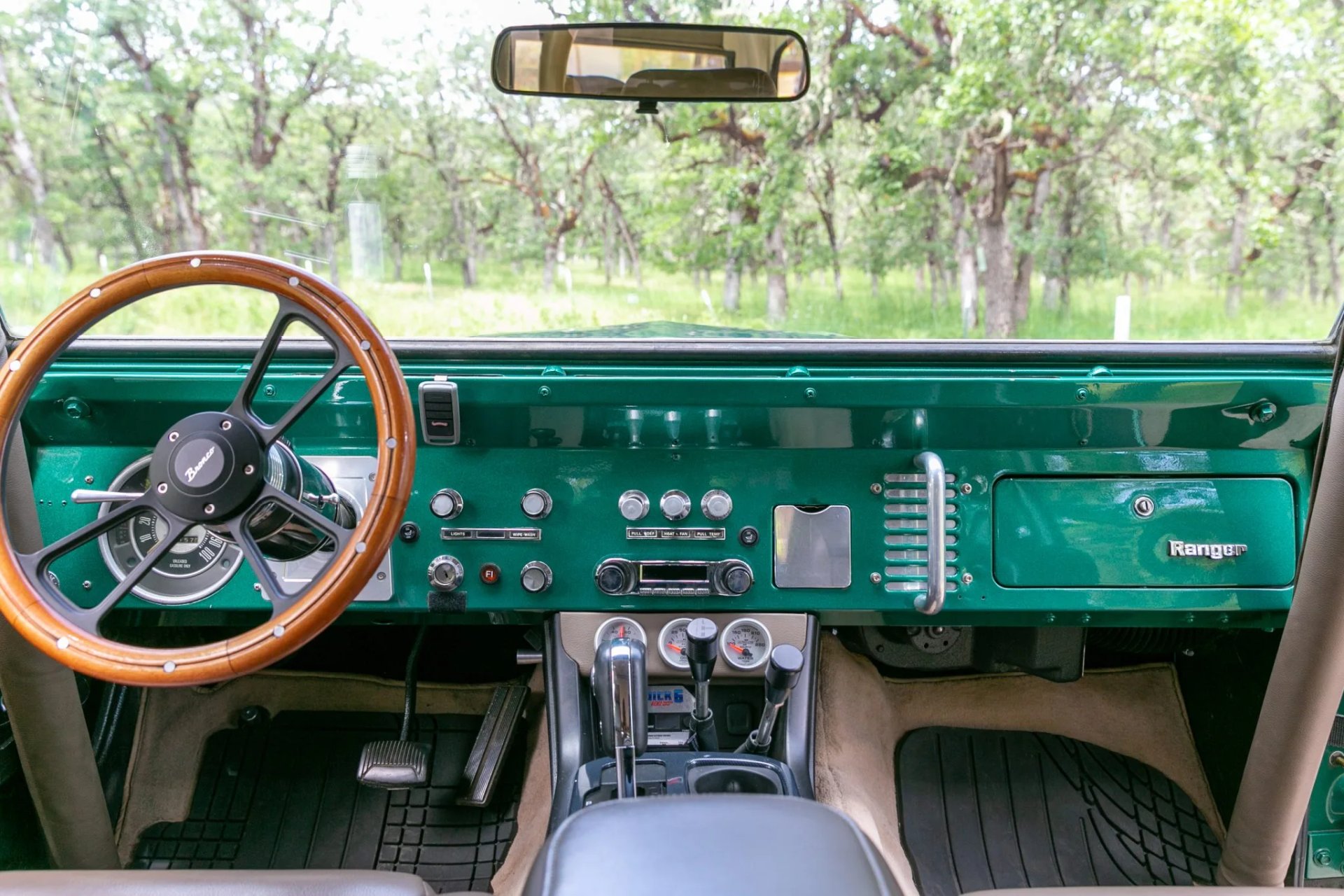