Why Is This Century-Old Austro-Daimler Sascha Important To Porsche?

In 1922, the Austro-Daimler ADS R "Sascha" won a historic class victory at the Targa Florio. Ferdinand Porsche, then Head of Development and Production at Austro-Daimler, designed the car, which turned out to be one of the most significant cars for the German automaker.

Porsche shared the vision of building a small car in large quantities at a low price with Count Alexander "Sascha" Joseph von Kolowrat-Krakowsky, a partner at Austro-Daimler. But the board wasn't keen on the idea, so Porsche decided to build a competitive sports car for favorable publicity. Funded by Kolowrat, Porsche named it "Sascha" with four prototypes sent to the mountains of Sicily to compete at the Targa Florio.

The 1,318-pound (598-kilogram) Sascha was powered by a water-cooled, 1.1-liter, in-line, four-cylinder engine with two overhead camshafts, making around 50 metric horsepower. There are bigger and more powerful entries at the Targa Florio, but the Sascha's excellent weight distribution and power-to-weight ratio made it competitive not only in its class but overall as well.

The result was historic. After 268 miles (432 kilometers), 6,000 turns, and inclines of up to 12.5 percent, the Sascha won in the smallest displacement class, taking first and second places. The leading Austro-Daimler ADS R finished 19th in the overall rankings against larger participants that produce four to five times as much power.

That win wasn't enough for Austro-Daimler to give the small car's production version a green light, which led to Porsche leaving the company and eventually founding Dr. Ing. h.c. F. Porsche AG in 1931.

The 100-year-old Austro-Daimler ADS R "Sascha" wasn't built under Porsche AG, but it's one of the turning points that paved the way for the company's foundation. And in the centenary celebration of its historic win in Italy, the Porsche Heritage and Museum department restored one living example, bringing it back to its former glory. 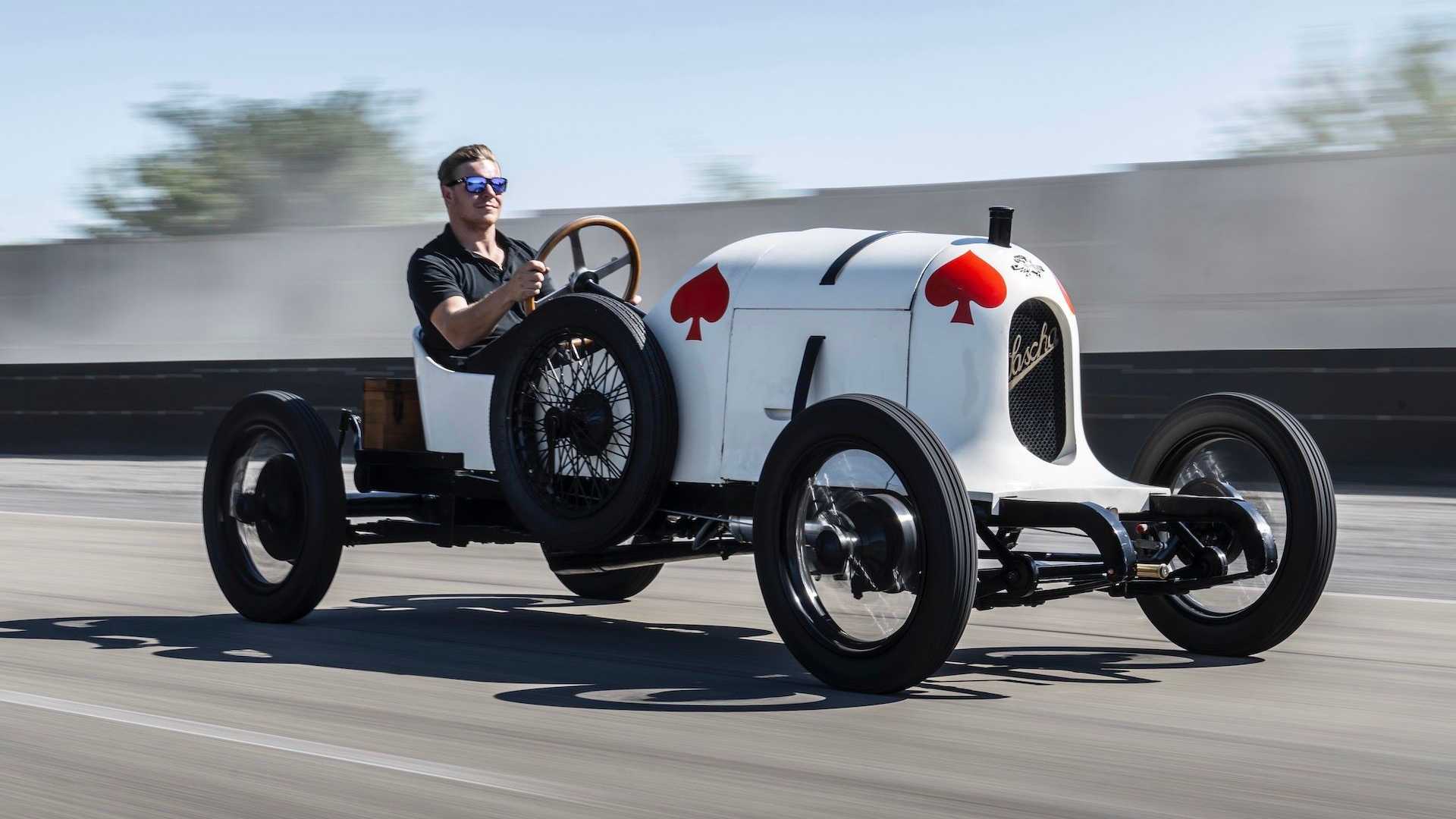 Verwandte Nachrichten
26 Rare Porsches Heading To Auction With No Reserve19 Februar 2017
Vintage Air-Cooled Porsche Festival In La Leaves Us Breathless10 Mai 2017
'We're Not A Hedge Fund': Porsche Plans To Curtail Speculators And Flippers31 Mai 2017
Somebody Report This 1969 Porsche 911 T Video For Adult Entertainment25 September 2017
Even In 1988 People Wondered Why Was The Porsche 911 Special4 Oktober 2017