Built from 1908 o 1927, the Ford Model T is generally regarded as the world's first affordable automobile.

And with 15 million units sold in almost 20 years, it's still among the world's best-selling automobiles. In short, "Tin Lizzie" is an automotive icon.

Come 2022 and most Model Ts are no longer in operation. But thanks to dedicated enthusiasts and Model T fan clubs across the U.S., an impressive number of them still show up on public roads and at classic car shows. This 1926 Model T Coupe is one of those survivors. And even though it's almost 100 years old as of 2022, it still runs and drives like a champ.

Showcased by the folks at YouTube's "Strong's Garage," this little two-seater is a restored gem. It looks absolutely perfect on the outside and just as it came from the factory on the inside. Of course, it's finished in black, the main color used by Ford at the time.

Fun fact: the company used over 30 types of black paint during the production cycle of the Model T. In 1914, Ford implemented the famous "any color so long as it is black" policy, suggesting that black paint was cheaper, more durable, and had a faster drying time compared to other hues.

Back to our Model T in question, it draws juice from a 177-cubic-inch (2.9-liter) four-cylinder engine. This four-banger was the only mill offered by Ford in this car, as was the two-speed planetary gearbox. The four-banger was rated at only 20 horsepower and enabled the Model T to hit a top speed of up to 42 mph (68 kph), depending on body style and curb weight.

Ford offered a two-door Coupe version since day one, alongside the Touring and Roadster versions. However, the body style was discontinued in 1912 and did not return until 1917.

This specific car rolled off the assembly line in 1926, one year before the Model T was replaced with the Model A. It was one of the nameplate's best-selling years, with more than 1.5 million units delivered.

It was also the year that saw the Model T get its final design update. New features included a larger hood and a longer distance between the firewall and the windshield. These cars are sometimes referred to as the "high hood" Model Ts.

Check out the video below to watch this nicely restored Model T running like new. It also includes in-car footage, as well as a small tutorial on how to operate it. 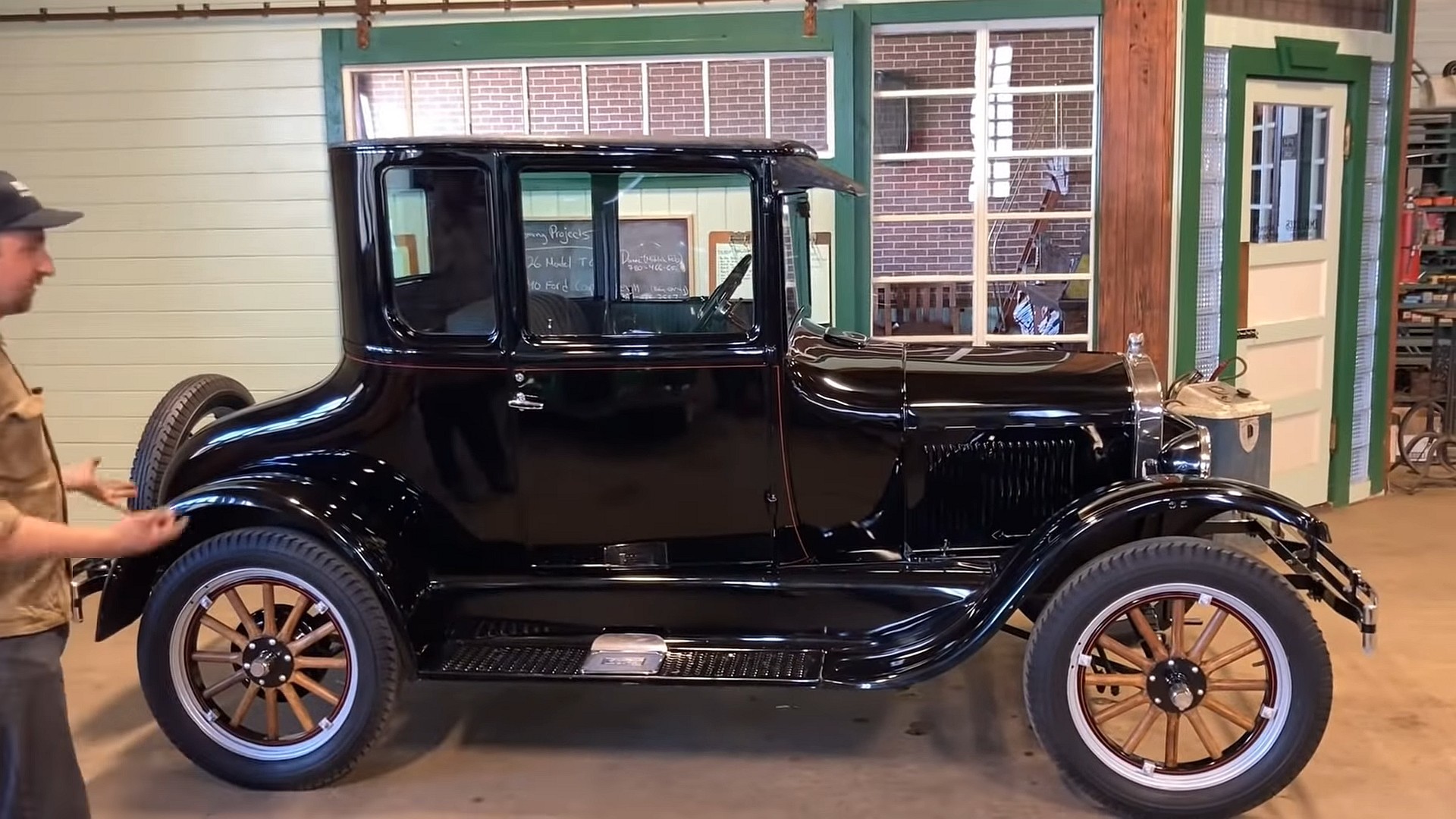