One doesn’t need to become a barn find to qualify for interesting classic car story awards.

Let’s take this 1973 Ford Mustang Mach 1 Cobra Jet, for example, which is offered at auction by a company specializing in agricultural equipment. And that’s just the appetizer because the description doesn’t even paint the entire picture.

Looking just about ready to start the spring training for gathering nectar alongside other busy bees, this very yellow and black 1973 Ford Mustang of the Mach 1 variety is up for grabs at an auction from BigIron.

Oddly, this is an outlet that’s actually mostly about agricultural equipment, tractors, and big trucks. It’s less about classic cars, but alas, here’s the first-generation pony car tempting a future owner with its Mach 1 and Cobra Jet credentials.

The example was born in 1973, right at the sunset of the first-generation Mach 1, so it also proudly sports all the modifications brought upon the series by the Blue Oval’s midcycle update. Hence the facelift styling, complete with the significant appearance upgrades brought on by the switch to the 1973 model year.

With its bright yellow paint job and subtle Mach 1 black touches, this Mustang Fastback won’t be everyone’s cup of tea, but the future owner at least can rest assured its busy bee appearance won’t go unnoticed. And it’s not only standing out in a crowd thanks to the paint job, but also because it’s got just 12,610 miles (20,294 km) shown on the odometer.

We have no idea if the mileage is real, but here’s where the story gets really interesting. It doesn’t say anything in the description, but a photo from the gallery reveals a card reading, “2 young men worked to restore this car. When one suddenly died, the other did not want to keep it, so took it to an auction in Scottsdale, Arizona, April of 2011.”

It gets even better because the Mustang is also equipped with a 351ci (5.76L) Cleveland high-performance engine with many modifications that ensure this has become a “very quick car.” Luckily, the latter details are available in the auction’s description. This, by the way, points to the highest bid of just $18,500 with nine days remaining, personal (not dealer) ownership, and a Giltner, Nebraska, current location. 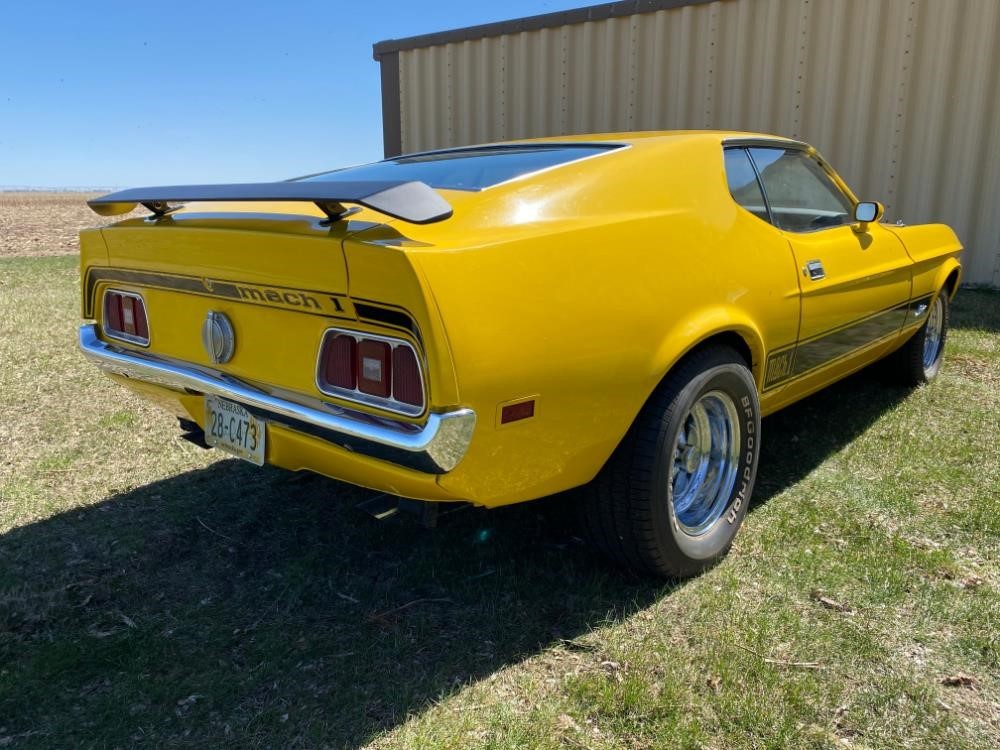 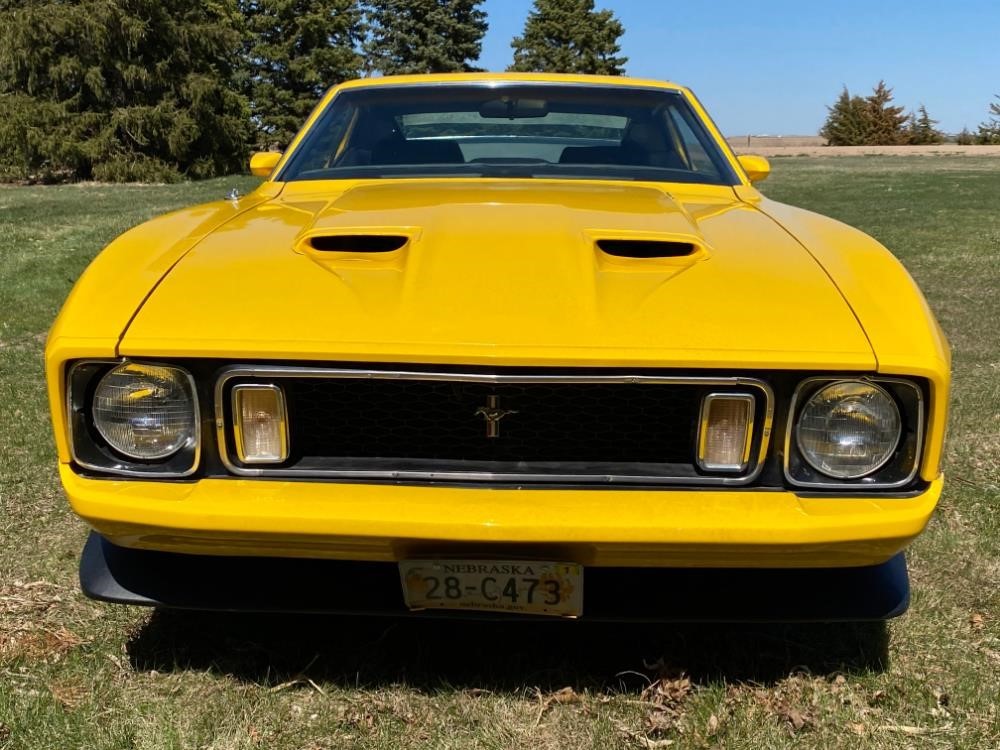 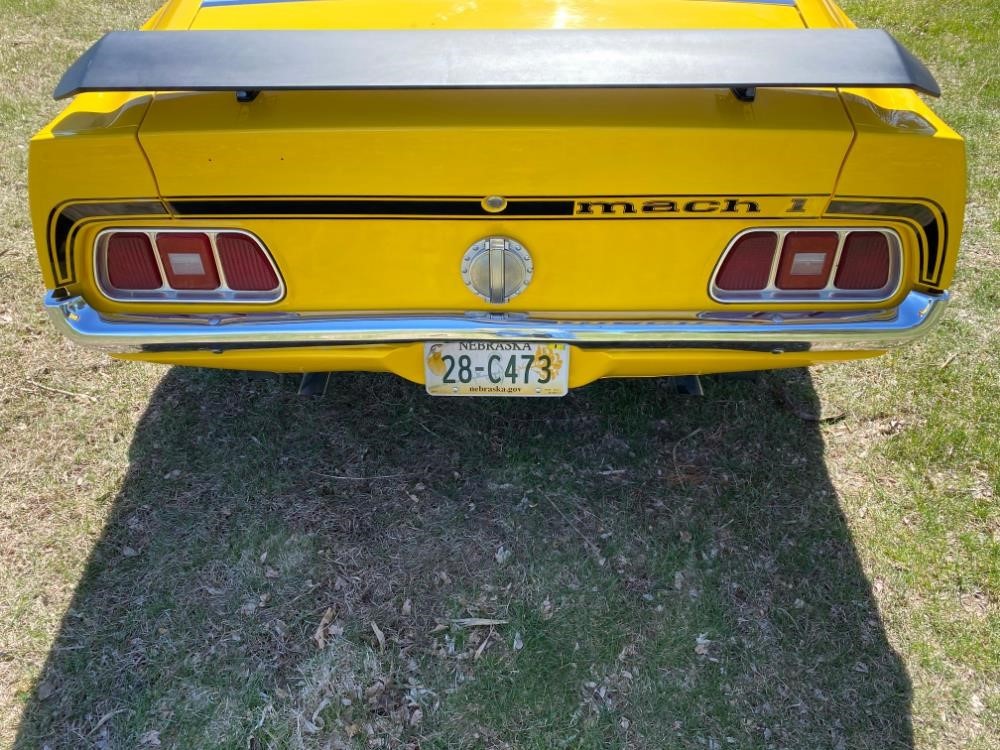 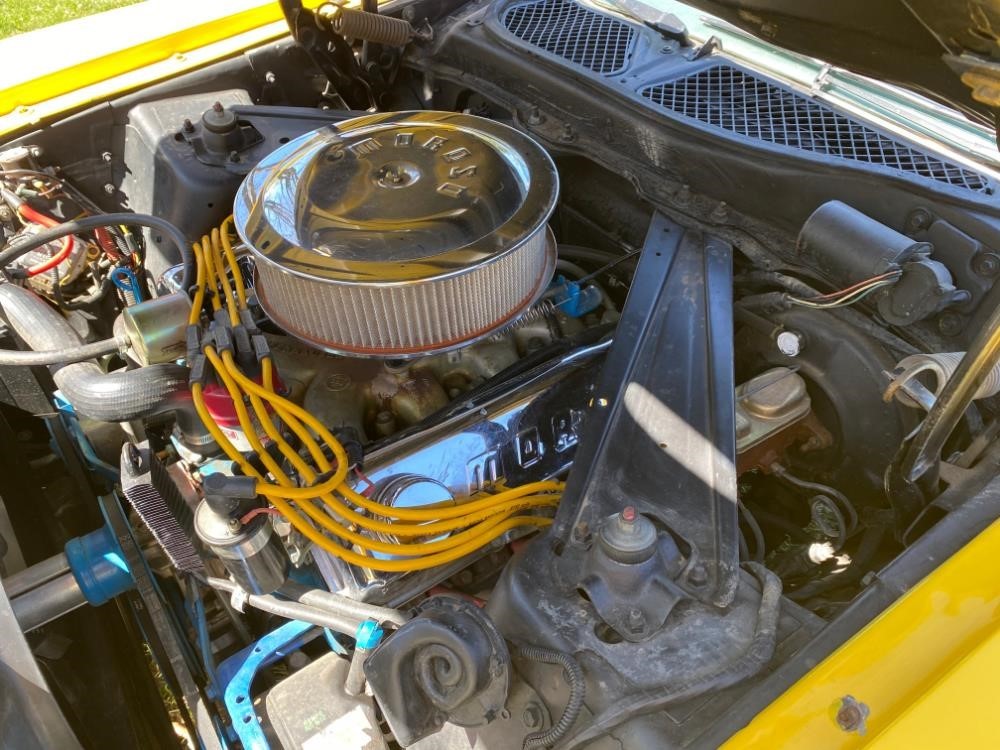 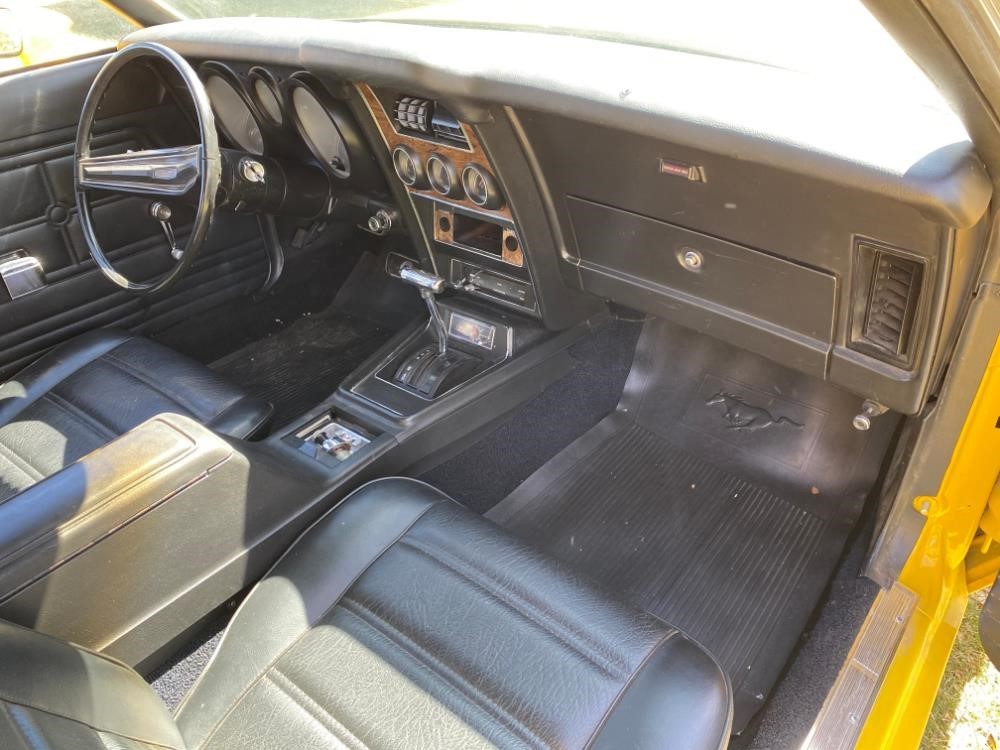 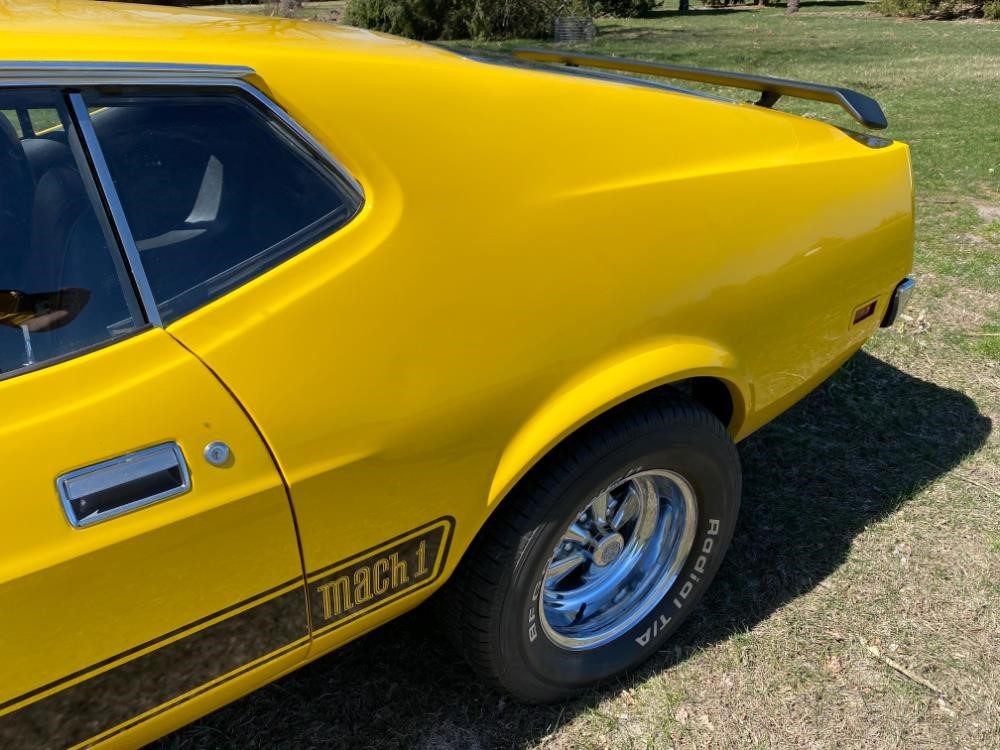