I've just bought a vintage two-pint Castrol oil jug for £40. It has that naturally distressed look that's beloved of collectors and even a trace of oil around its base. My dad had one just like it in his workshop, so it brings back happy memories of him cursing as he struggled to seize a rusted bolt on his Norton motorcycle or bodged a piston repair with epoxy resin.

I'm happy, or at least I was until, in the course of establishing its capacity, I stumbled across a website called the Castrol Classic Shop (classicoilsshop. co.uk) selling brand-new replicas for £10.95. Do I feel fleeced? No, actually, because when I called, the chap who answered assured me that I had paid about the going rate for an original – and in any case, he said, mine was made from high-grade British steel.

Not that folk turn up their noses at Castrol's replica products, which include cans, mugs, posters, T-shirts and key fobs, in addition to the oil company's classic range of lubricants.

"We sell thousands of items every year," said the Castrol man. "Business has been especially buoyant in this lockdown. There've been times when we've barely been able to keep up."

This is a feeling that Matt Beale of Matt's Automobilia, where I bought my Castrol jug, knows well. Based in the Somerset village of Mark, in the grounds of his home behind a pair of imposing gates, his collection of motoring artefacts numbers at least 2000. Business via his website, mattsautomobilia.co.uk, is booming.

Nothing can prepare you for the surprise and delight that you experience upon pushing past the gates and turning the corner into his large garden. Ranged before you are outbuildings adorned with brightly coloured signs and flanked by brightly coloured fuel pumps from the 1940s and 1950s. With the sheds' doors swung wide open to reveal their contents, the impression is of a particularly well-managed and generously stocked motoring museum along the lines of Beaulieu – except that all you can see is for sale.

"I'm one of the UK's biggest automobilia dealers," Beale tells me, without a trace of boastfulness. This is a quality I've come to recognise in self-made people for whom working hard and seizing opportunities is as natural as breathing.

Incredibly, he entered the market only nine years ago, but the size, quality, diversity and presentation of his collection is breathtaking. The petrol pump globes arranged on shelves and lit from within grab your attention first. Prices start at £130 for an original Burma globe and go all the way to £1895 for a Cleveland one. If your pockets aren't that deep, there are reproduction globes from £45. On that point, globes are about it as far as Matt's reproduction items go; the rest of the collection is original.

After the globes, the next most eye-catching things are the petrol cans, originally called motor spirit cans until Carless, an early oil company, relaxed its trademark on the word petrol. There are dozens. Most have been painstakingly but attractively repainted according to their original designs by Beale's wife, Karen.

"The cans would have been returned and refilled," Beale says, "so it's extremely rare to find one that isn't knocked about. It's why we repaint them. It doesn't affect their values." Prices start at £35. I'm tempted by a bright-green, two-gallon BP Motor Spirit can for £80.

Meanwhile, among all the oil jugs, cans and bottles (oil used to be sold in glass bottles, like milk; prices start at £30 for an Esso bottle), the vintage petrol pumps stand like mechanical guardsmen. They're very popular.

Most were sold unrestored, but Beale, with the help of his 18-year-old son, Cameron, who has single-handedly built and equipped a fabulous workshop partly for the purpose (but also to restore his Mk1 Volkswagen Golf GTI), restores and paints a few choice examples.

Beale says: “One customer recently bought two pumps to put either side of his fireplace, while another has positioned his between two garage doors so that when he comes home at night, the garage light shines directly on it.”

Other popular items include tool cabinets, promotional garage thermometers, tyre pumps and signs, with pictorial and illuminated ones commanding as much as £50,000.

In his search for stock, Beale travels all over the country. Deceased estates are rich pickings, as are people who are looking to downsize their own collections to concentrate on a few choice pieces.

"The most that I've paid for a collection is £45,000," says Beale. "It's a competitive market, but if you can turn up and bid for the whole lot, it helps. Occasionally, I'll pay over the odds, but I know prices are rising, so that's fine."

Buying and selling is in Beale's blood. At the age of 12, he began importing parts for radio-controlled racing cars and supplying them to dealers. Two years later, he bought 20 pool tables and rented them to pubs for £10 a week. Aged 18, he sold his businesses and bought his first house. Aged 20, he took over his parents' entertainment arcade in nearby Burnham-on-Sea before selling it at 30 and moving into buying and selling DVDs and computer games. A chance visit to an auction for some garage signs nine years ago, when he was 40, opened his eyes to automobilia. The rest is quite literally history.

"Automobiliais a popular hobby, fuelled by an interest in classic motoring and the baby-boomer generation revisiting past times," says Beale. "Fortunately, thanks to my other business interests, it's not my main income, which is why I can do it for pleasure. Do it purely for money and you may come unstuck."

Me? I'm going to collect the other five oil jugs in the Castrol series, all of them originals – although those replicas would be a lot cheaper...

How much to pay

He may collect and sell automobilia for pleasure, but here are Matt Beale's top tips for pieces that have investment potential, on a budget of £1500. 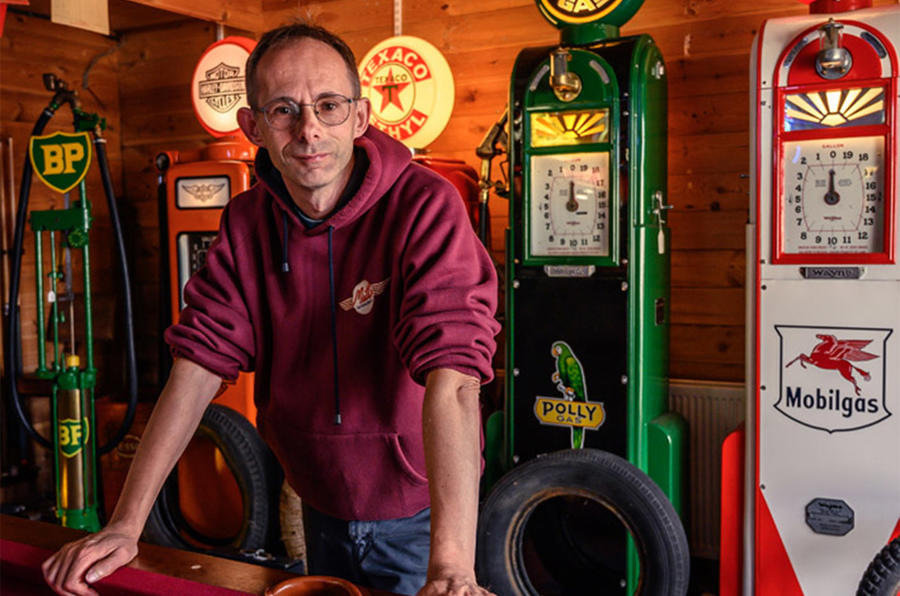 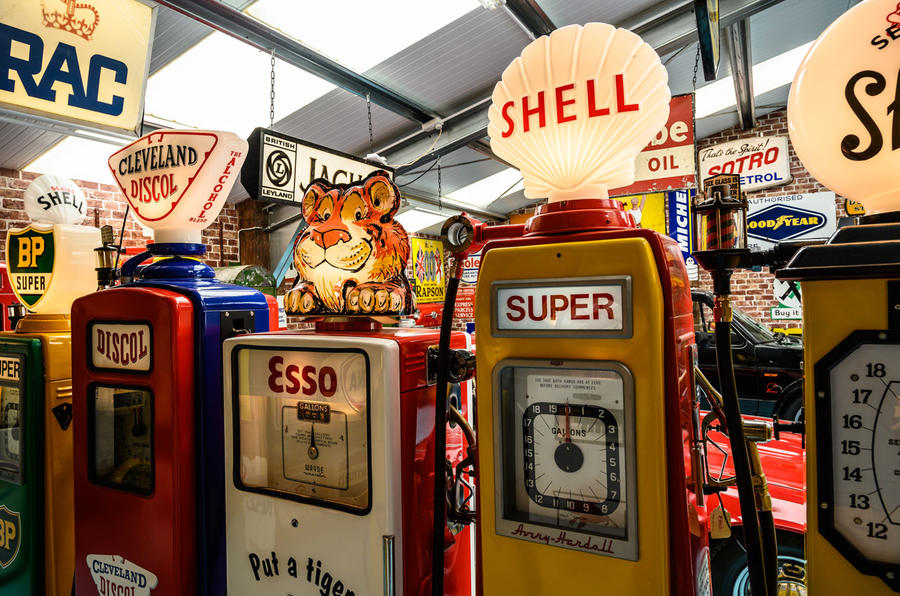 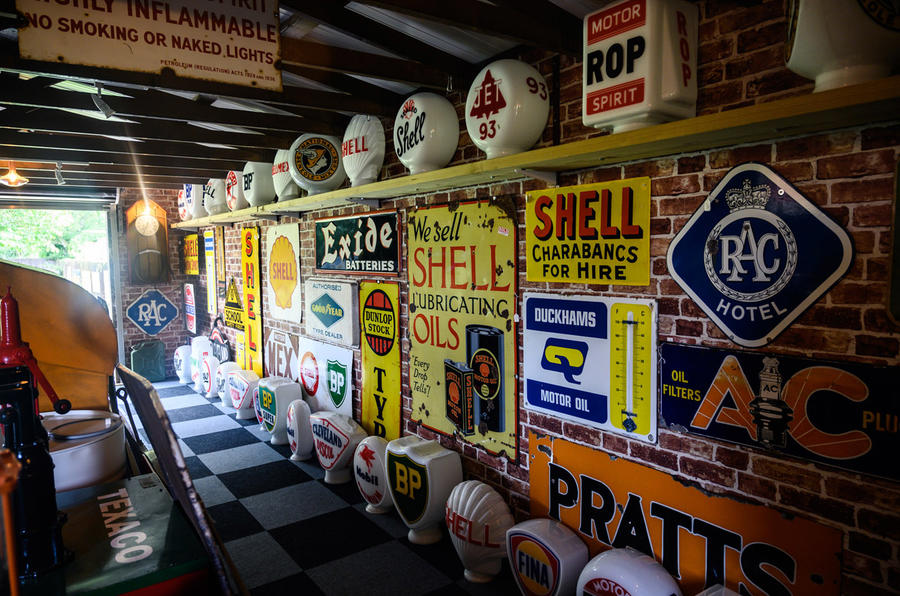 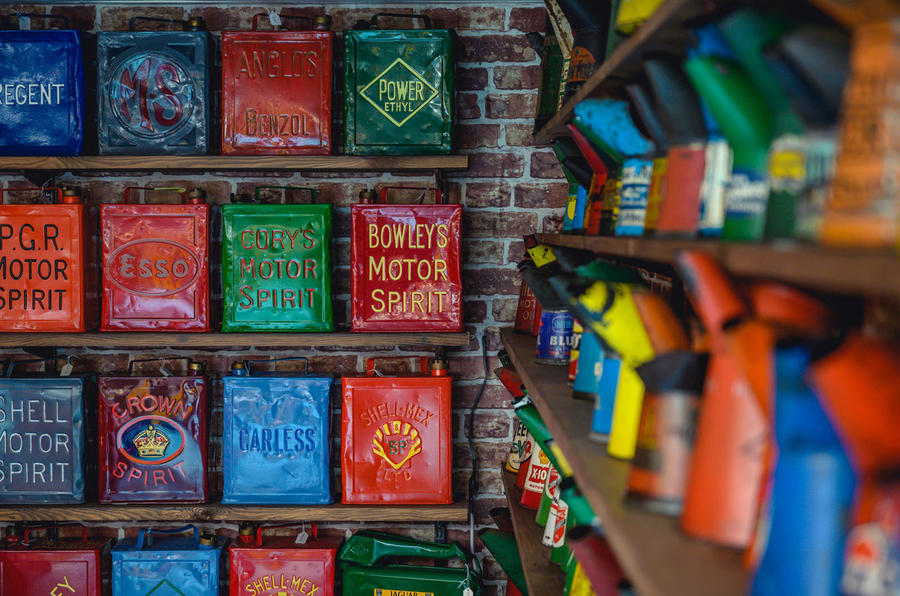 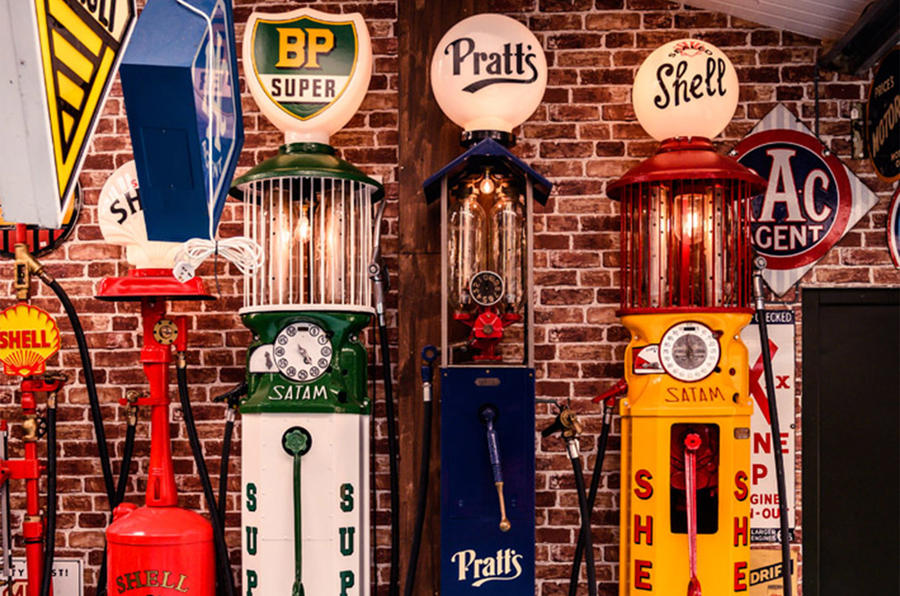 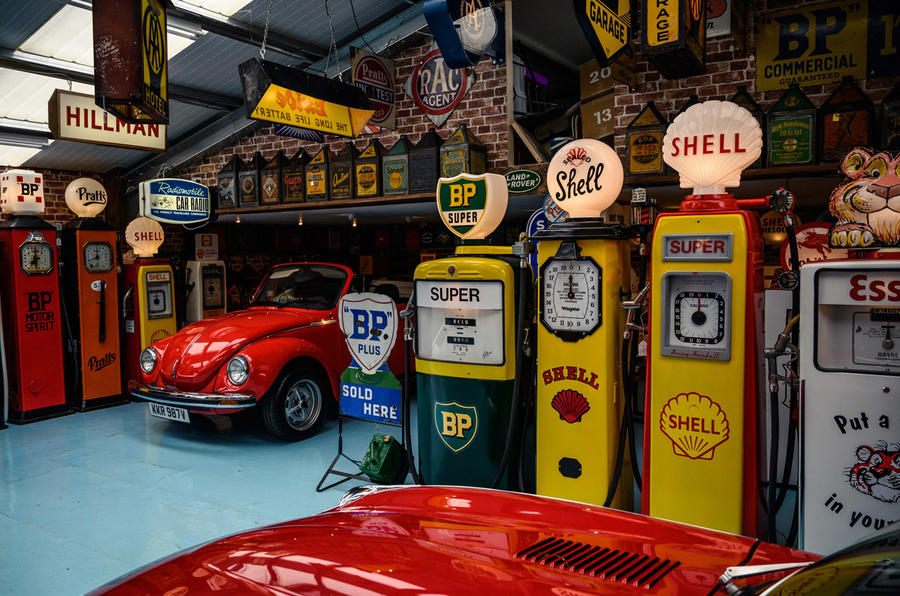 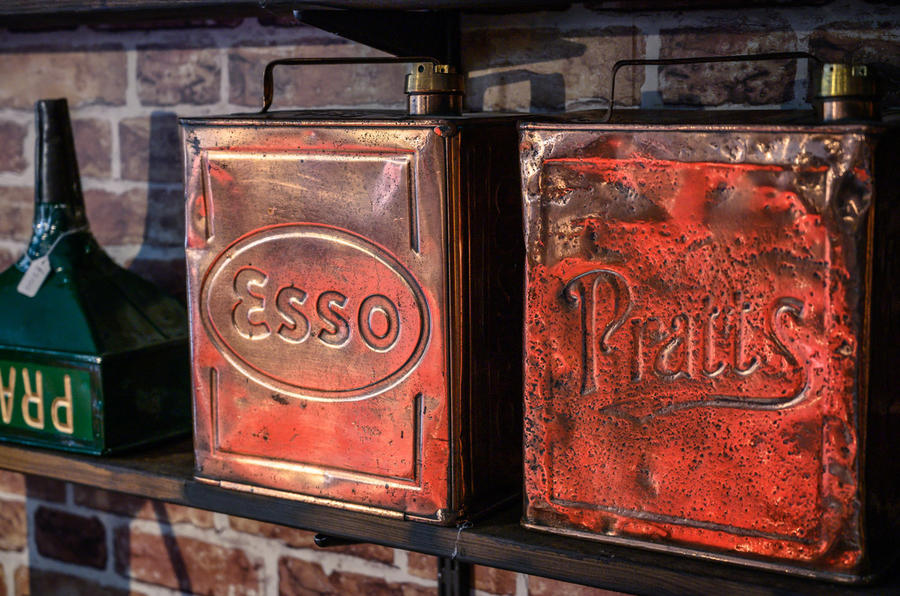