Opel, German sister brand to Vauxhall, has previewed an electric restomod based on the 1970 Manta A sports coupé.

The Manta EV – officially called the Manta GSe Elektromod – arrives as Vauxhall-Opel embarks on a wide-reaching electrification programme that has already brought the Corsa-e and Mokka-e to dealerships.

Details are scarce and a preview image gives little away beyond the retro-inspired colour scheme and revamped front end, but Opel promises a "fully digital cockpit", suggesting a similar dual-screen set-up to that used in Vauxhall's current production cars.

That influence also extends to the exterior, where the Manta's distinctive twin headlights and chrome-trimmed grille (above) have made way for Vauxhall-Opel's new 'Vizor' front end design – itself inspired by the Manta – with new LED headlights and lack of grille hinting at its electric underpinnings.

The brand said: "With its sustainable, emissions-free electric drive, the Opel Manta now becomes immortal, independent of spares for engine and transmission or potential driving bans for older combustion-engine cars.

"The transformation to Elektromod also shows how timeless the lines from 1970 are. What was sculptural and straightforward half a century ago still fits perfectly with the Opel design philosophy today."

While further details can be expected at a full reveal in the coming months, it is unlikely Opel will voice any intention of putting the Manta EV into production, limited or otherwise. 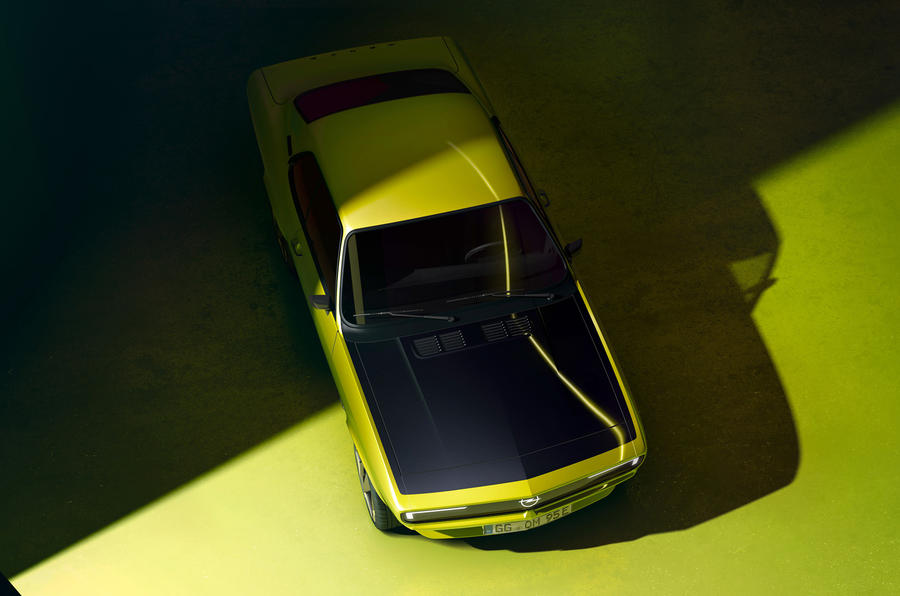