Adam Waldron built an e-bike for under £2,000 GBP that’s practical, does 50 miles with one charge, and exempt from tax and other regs.

For sustainability, he wanted a motorcycle that was electric, to repurpose, he got a “failed” cafe racer project. The base bike that Waldron used was a Honda CB100 from the 1980s. The sale included a load of spare parts and a gasoline engine that Waldron got to work removing from the chassis.

The next phase of the project was to source an electric motor and battery from a specialist in China. Waldron’s creation uses a hub motor that receives its power from one main battery pack located where the 100cc motor used to sit. Waldron designed and fabricated his own battery box that is bespoke to the bike. According to him, the bike can run up to 55 miles from a full battery.

Apart from the obvious engine swap, Waldron also mentioned that the bike’s rear brake was changed out from a cable-actuated unit to a hydraulic unit, which makes sense considering that the hub would have likely required swapping out the rear drums. The rear brake accompanies the front brake, which retains its solid disc, and the throttle which is still in the same position as a standard motorcycle.

Whatever Waldron could keep original, he did. Apart from the engine, rear brake, and hub assembly getting tossed, most of the bike still remains the same. The seat, tank, front hub and fork assembly, all the lights, and the frame remain largely the same.

Due to the simplicity of the bike, reliability is expected to be good, but usability could be a little questionable on the highway since Waldron mentions that the top speed of the “CB100-E” is pegged at 35 miles per hour. What's most impressive is that the total price for the bike was under £2,000 GBP, or about $2,400 USD. The performance is similar to e-bikes with about 50ccs worth of power, but it features an aesthetic that many custom enthusiasts can get behind. 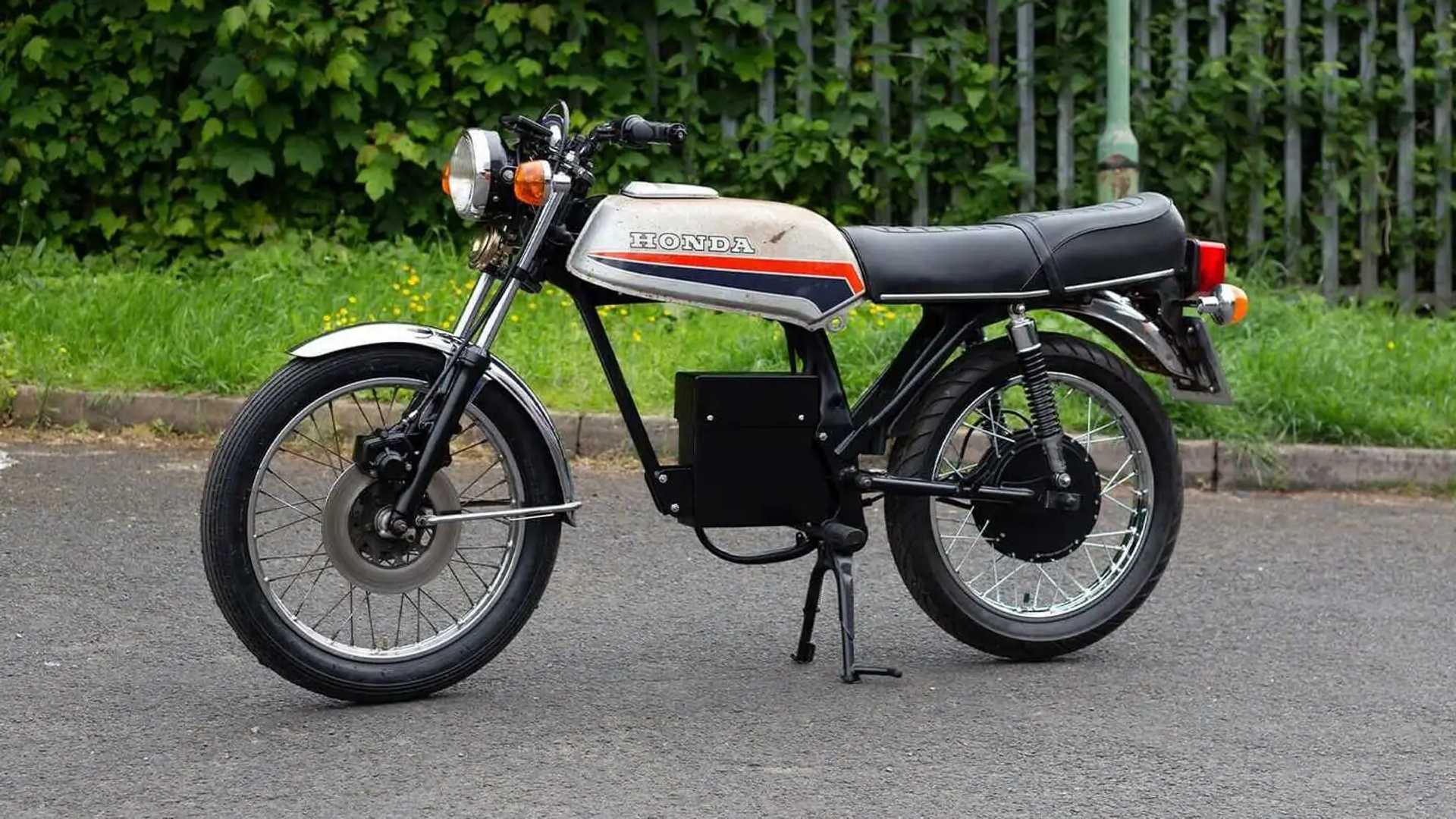