Approximately 950 units were produced in this period, which makes the Pietro Frua-styled a blue-chip collectible in this day and age.

The Mistral holds a significant place for the Modena-based automaker because it marks the company’s final application of the twin-spark DOHC inline-six engine that also saw on-track action. The Mistral we’re covering today, chassis number AM109S027, is equipped with the 3.5-liter variant of the said engine, derived from the 3.5-liter unit of the 350S racing car.

Presently located in Florida, the Mistral Spyder in the clip below is one of approximately 125 units produced. Fewer than 30 examples of the breed came with the aforementioned powerplant. Engine number 2308 matches the number listed on the factory technical data sheet, making this particular Mistral Spyder 3500 extremely desirable. The question is, how did this grand tourer end up in Florida in such great condition?

#027 was originally delivered to New York-based Auto Distributors in October 1964 with an alloy hardtop. Purchased by the current owner from a museum in 2012, the car went through a no-expense-spare refurbishment in 2013 that included a repaint in metallic blue. The interior was reupholstered in red leather. Popping the hood reveals a trio of Weber carburetors in lieu of the bone stock Lucas-supplied indirect fuel injection.

Offered with the Maserati Classiche Certificate of Origin, the fabulous-looking Mistral Spyder 3500 is currently going for $82,222 after four bids on Bring a Trailer. The auction will end Thursday, December 1st. 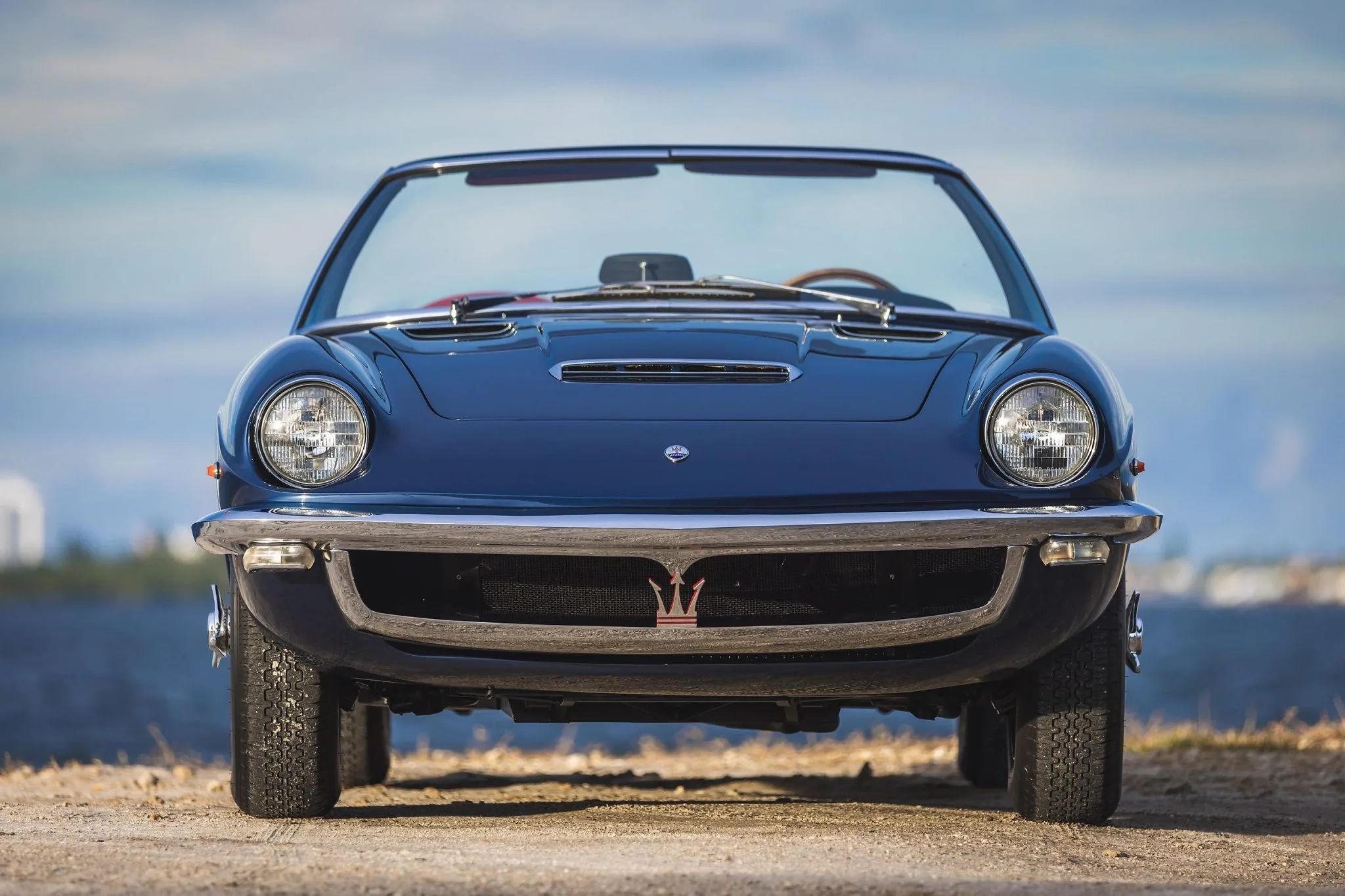 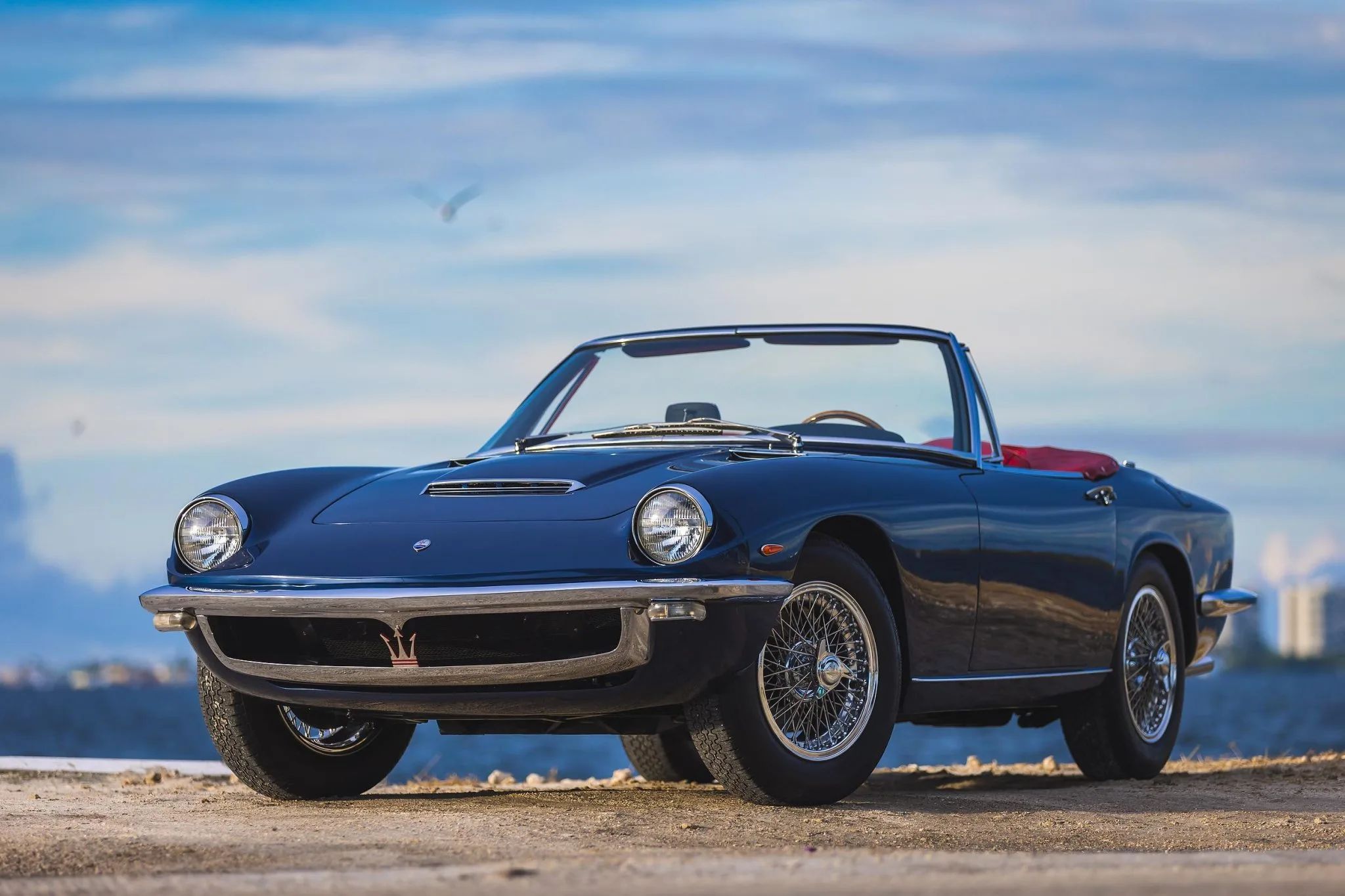 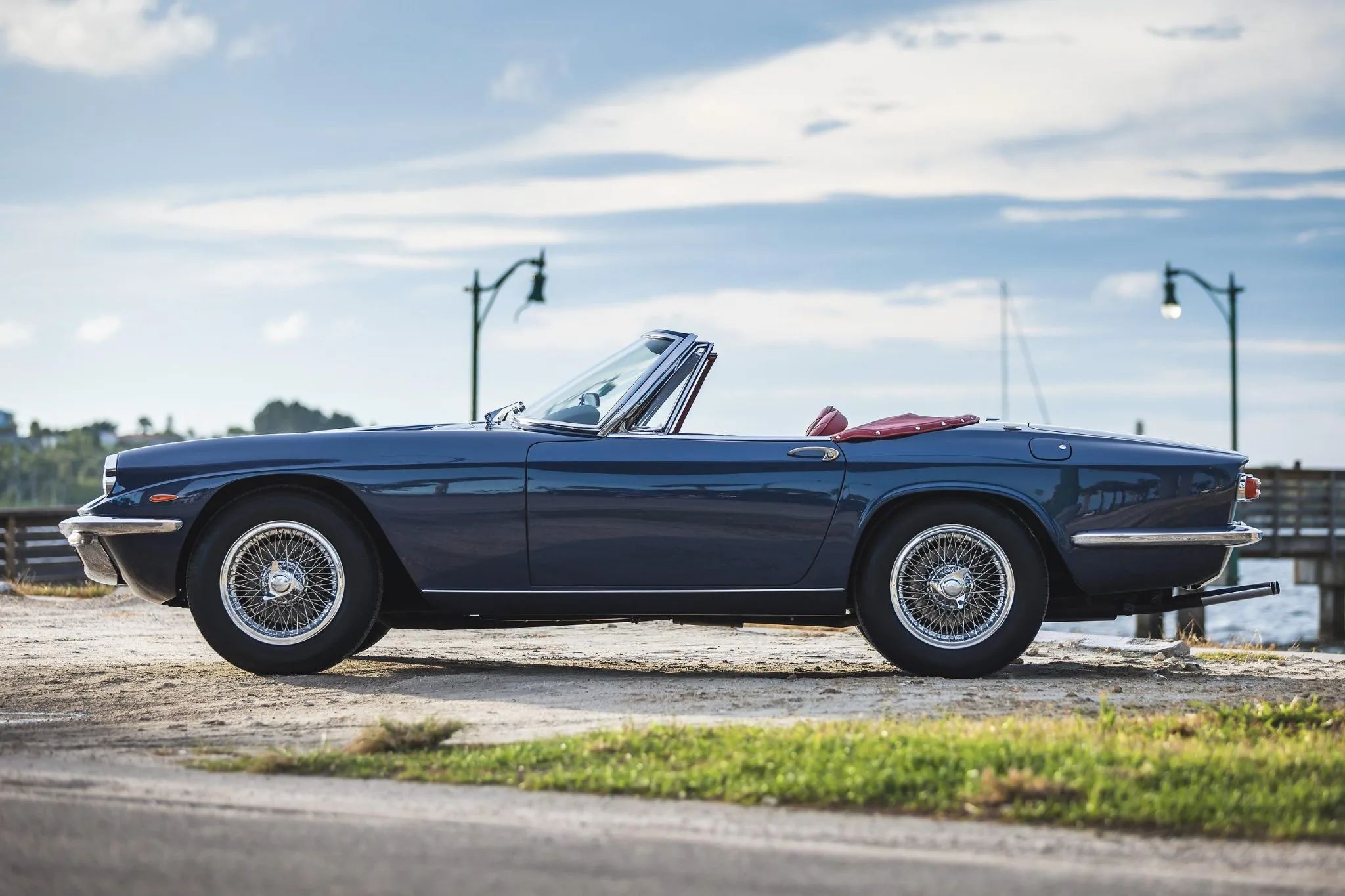 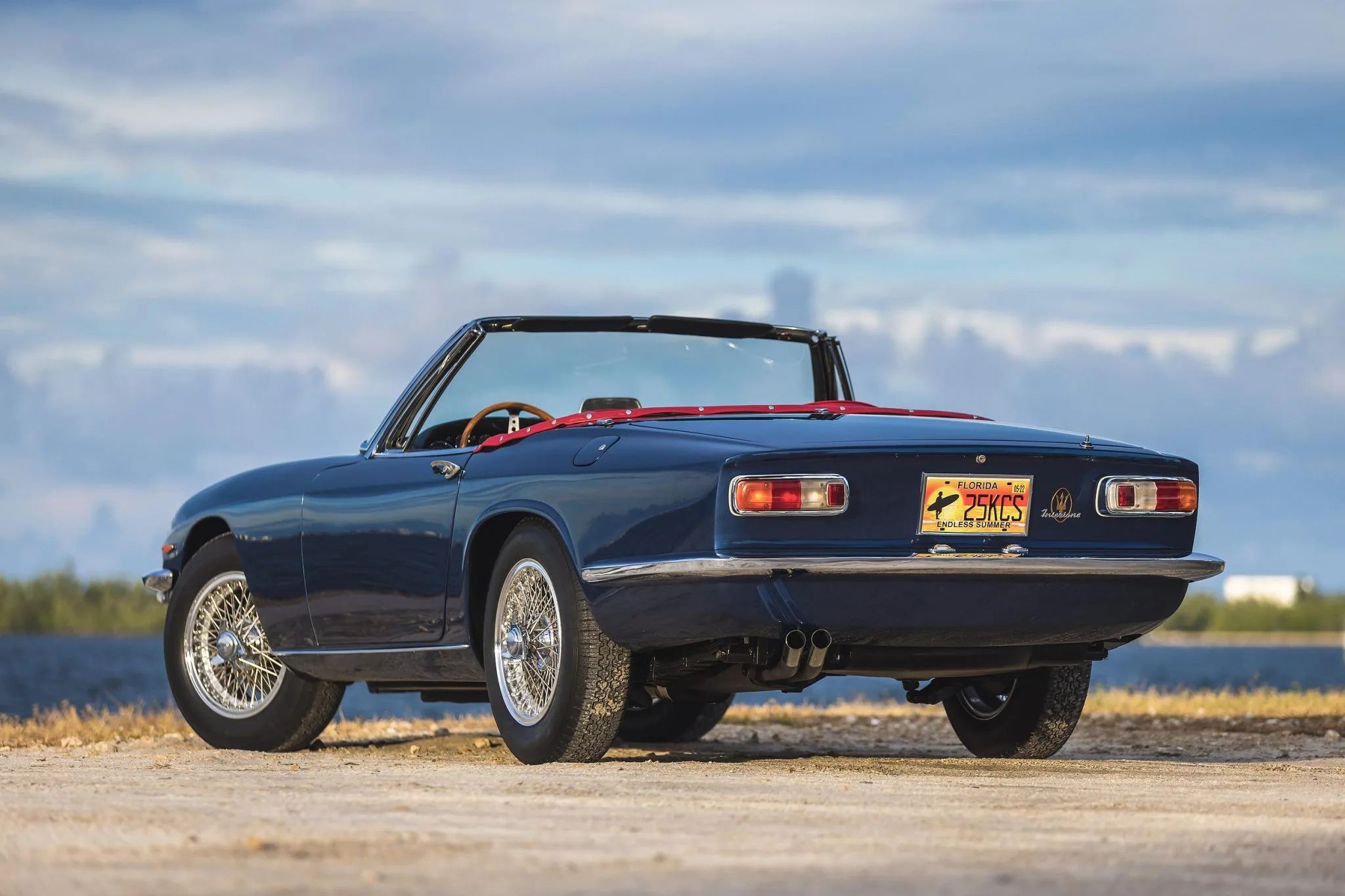 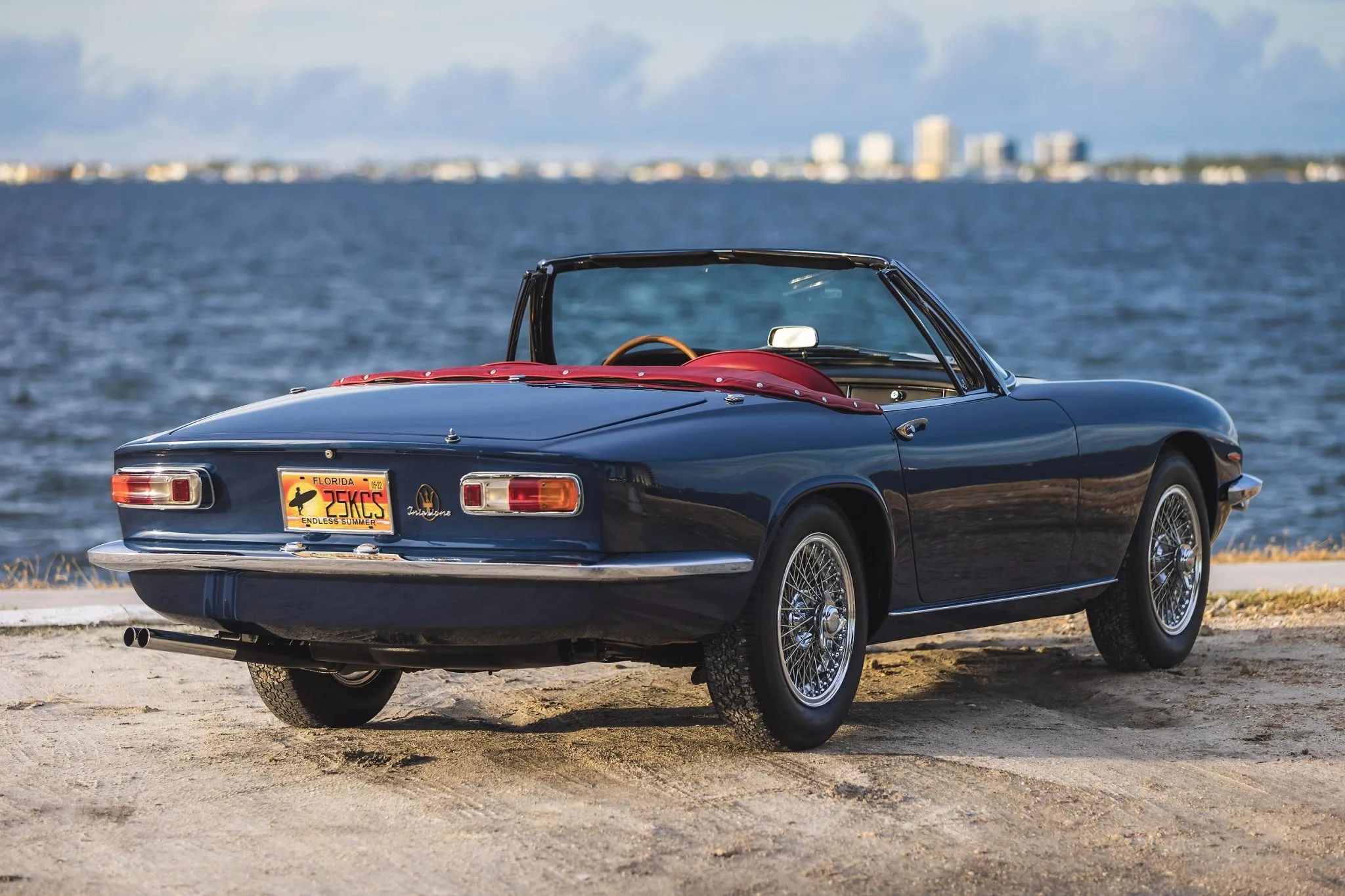