1914 Model T Motor Caravan Could Be The World's Oldest Motorhome

caravanfordFord Model T
The driver's seat is a leather sofa, and a wood-burning stove serves as the kitchen.

Right now, somewhere in the world, an RV manufacturer is placing an order for a new 2022 Ford Transit chassis cab. It will serve as the foundation for a brand new motorhome, and you know what? Things weren't so different over 100 years ago when this 1914 Ford Model T Motor Caravan was built. Well, perhaps it's a little different.

For starters, this is a legit 108-year-old motorhome and it could be the oldest such vehicle still in existence according to Bonhams. It was custom built in 1914 shortly before the beginning of World War I, using modified Ford Model T chassis that was lengthed and strengthened. Notice we didn't say chassis cab, because the Model T didn't really have a cab so much as it just had a short body. The custom bodywork for the camper included provisions for the driver, which in 1914 basically meant a big picture window and a leather sofa at the front.

As for the body, it's actually a woody in every sense of the word because hey, that's how you build a house. The floors are polished pine, with big timbers serving as the main structure for the sides and roof. Compared to a modern Transit motorhome, this century-old Ford is extremely spacious but it also lacks amenities like a bathroom or running water. However, the trade-off is four berths, a large table, gobs of storage space including a massive wood dresser, and yes, a big wood-burning stove for cooking and heating.

Per Bonhams, the custom camper body was built by Dunton of Reading in the UK. The history of this old Model T is a bit unclear from there, though it's believed to have been sold at some point in the 1920s and eventually abandoned. It was rediscovered in the 1970s in Shepperton, not far from downtown London and restored to its original condition over the course of four years. It will be auctioned on September 10 and is expected to fetch somewhere between $22,000 and $35,000. 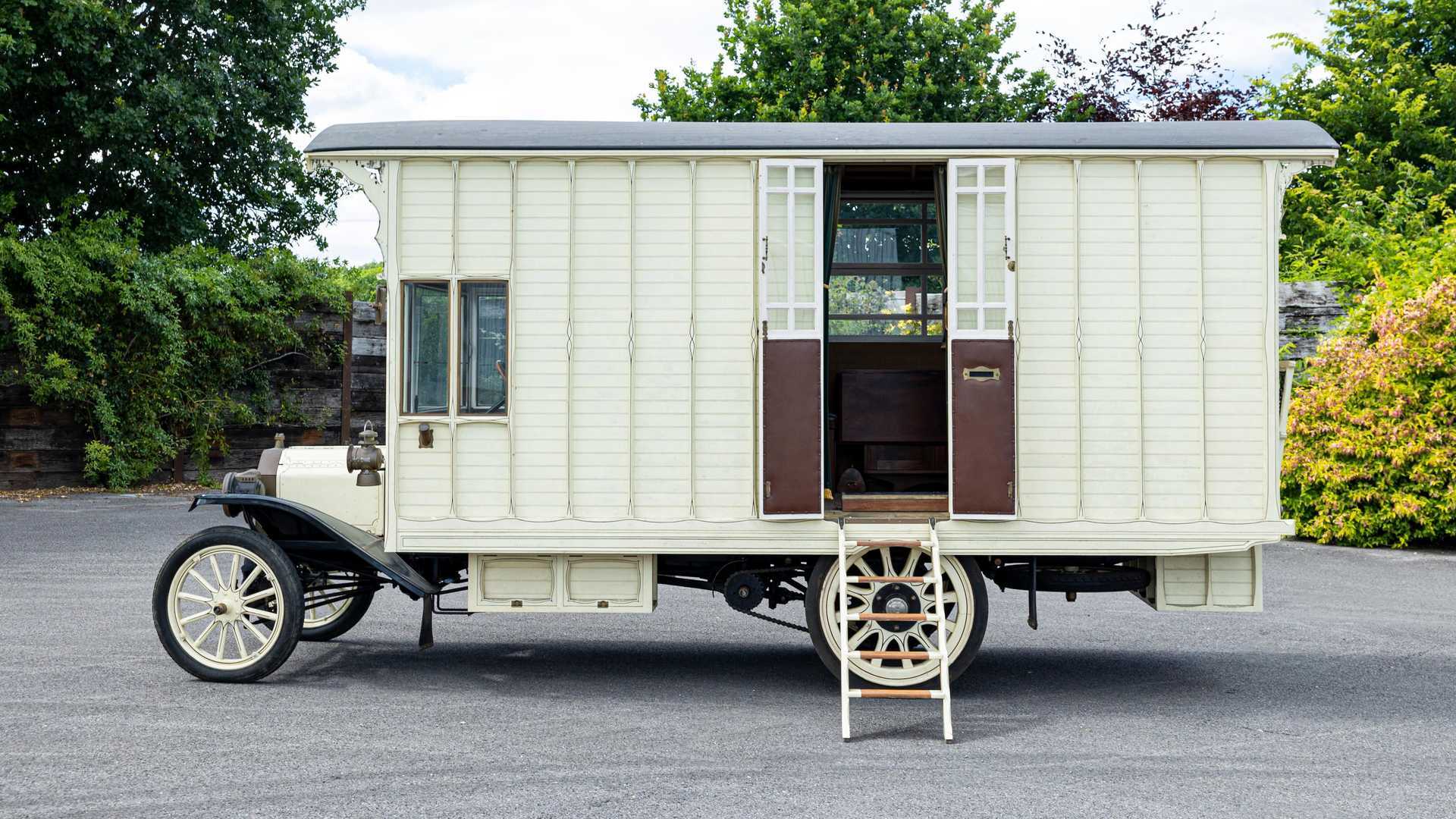 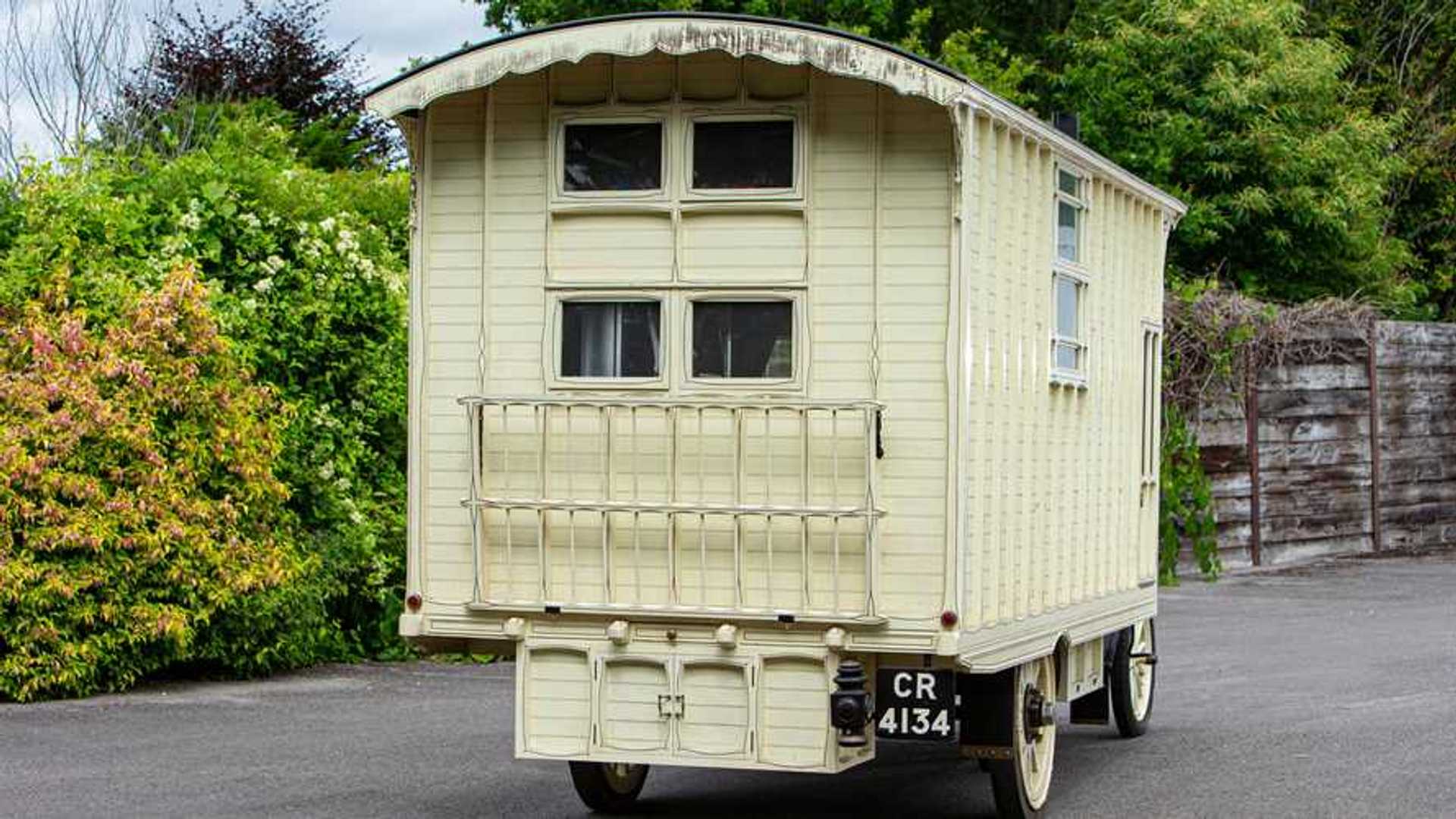 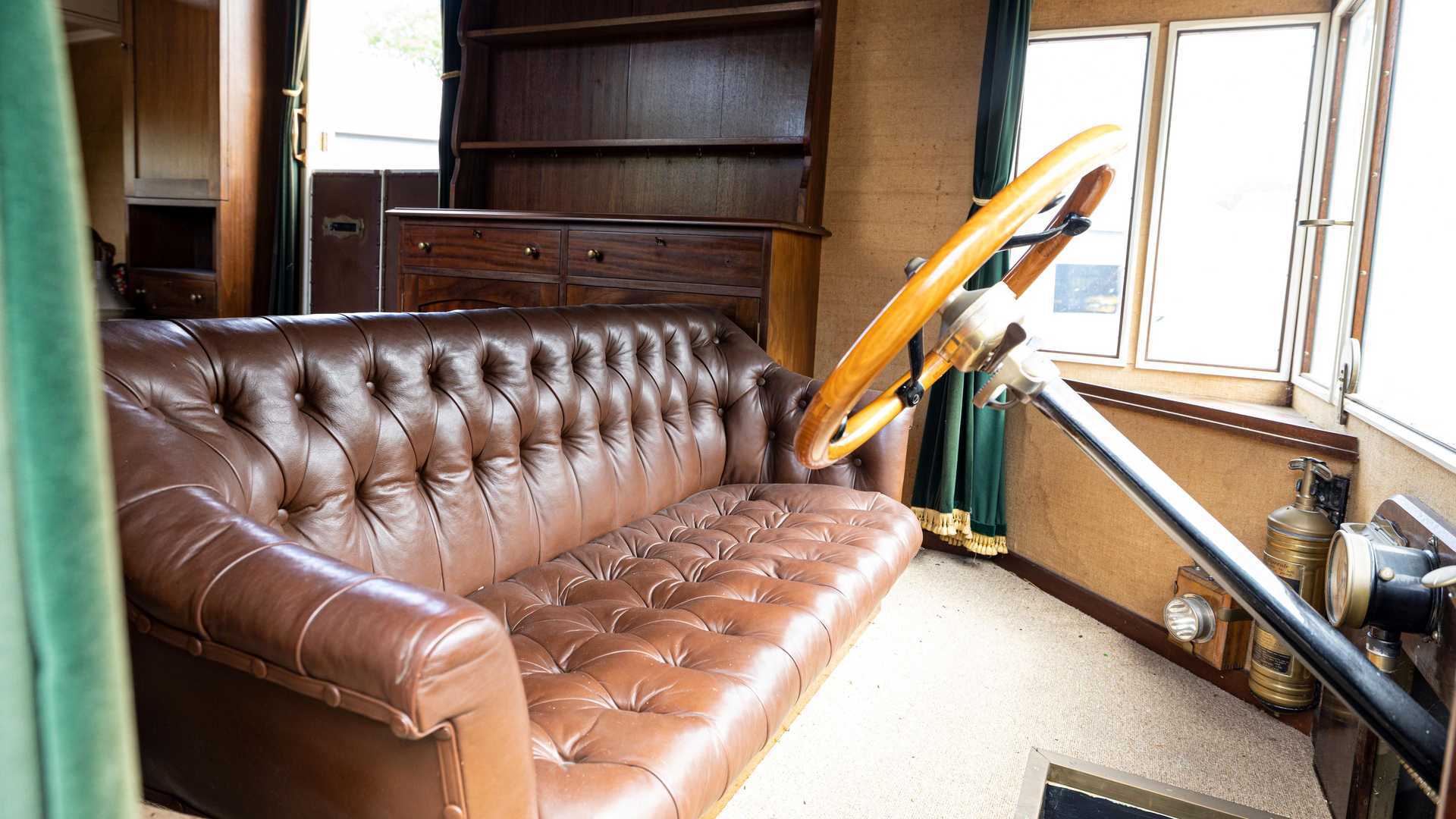 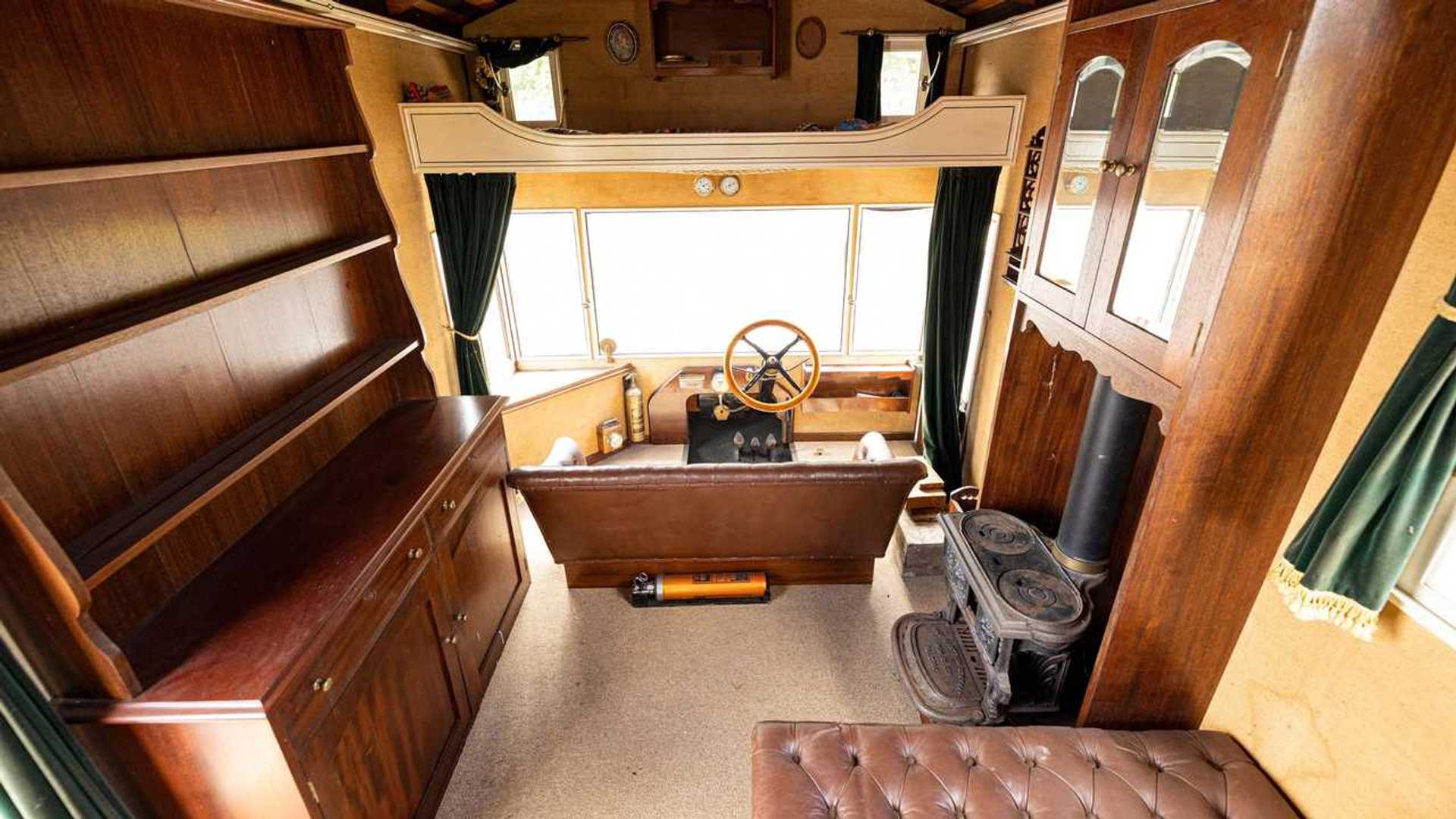 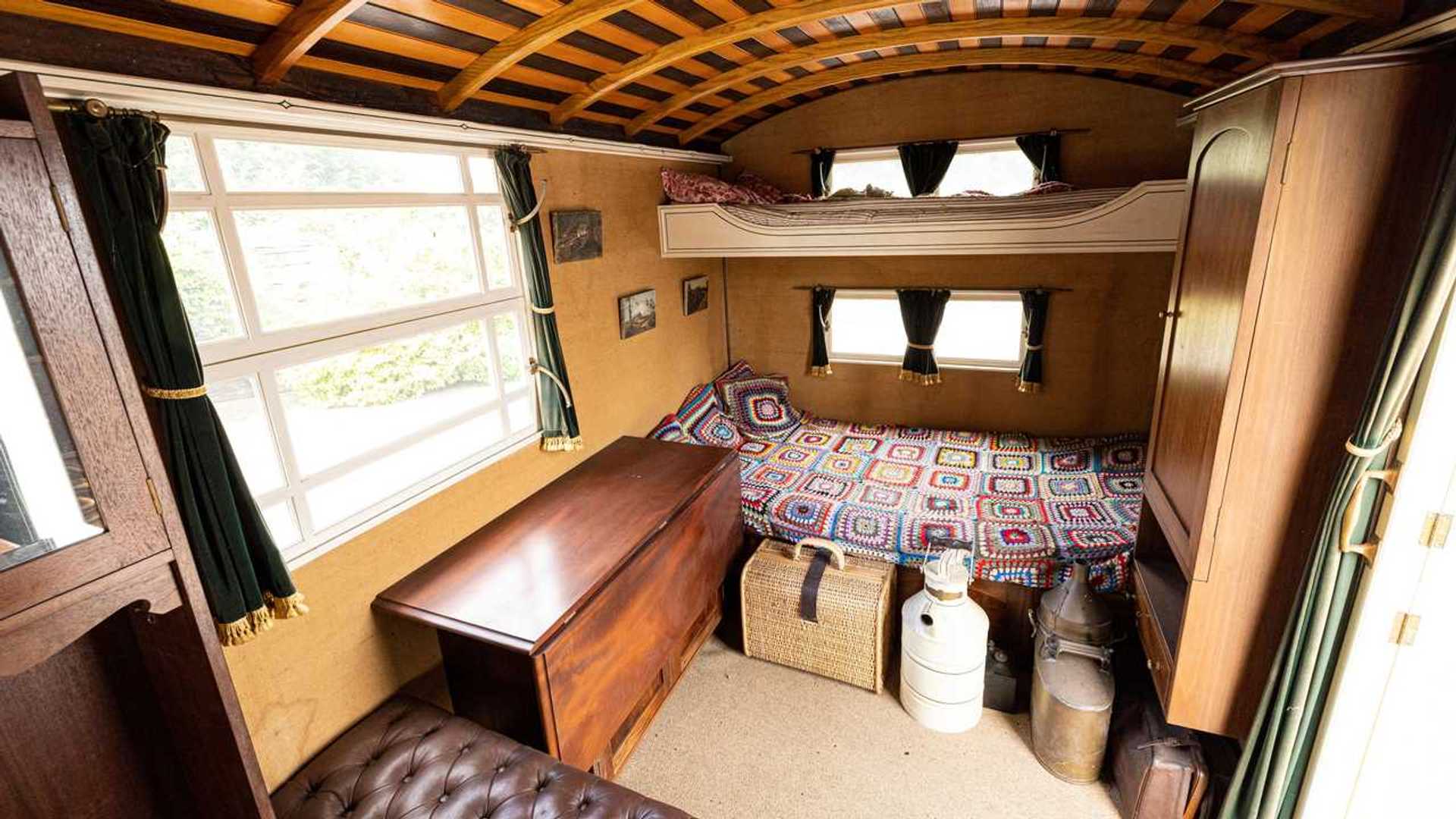