The SEMA show has always been the place where all of the auto industry’s crazy designs come together for their 15 minutes of fame.

Over the years, insane builds have come and gone, stealing the show for a brief moment and then disappearing into oblivion.

That's until someone, somewhere, decides to sell one of the SEMA wonders at an auction somewhere, because that is what happens with these builds, eventually.

Such is the case with this contraption here, a custom 1929 Ford Atomic Roadster. Built by a group of customizers for the 2015 SEMA show, it has been featured on several high-profile shows, and even in a Discovery Channel movie titled Max Grundy.

Built with a Ford Model A as a base, this car here is nothing like the model that is historically the Blue Oval's second market hit after the infamous Model T.
Sporting a low stance and chrome elements all over the place, the two-seater pickup comes with a stretched cab that should be able to accommodate all body types, an extended bed roomy enough for the most diverse of loads, and a stylish brownish body that fits it like a glove.

Under the chrome hood, and partially visible from the sides, is a 6.2-liter LS3 engine good for over 500 hp and linked to an automatic transmission. The engine has only 200 miles to its name since it was fitted on the build.

The Ford Atomic roadster was on the list of cars to sell during the Mecum Glendale auction this past week, but until the time of this writing no buyer stepped forward.

This is not the first time this car has been for sale. Since its creation five years ago, it was featured on the lot of several other sellers. Despite the fact that its builders says it cost over $100,000 to put together, the selling price for the roadster was usually below that threshold. 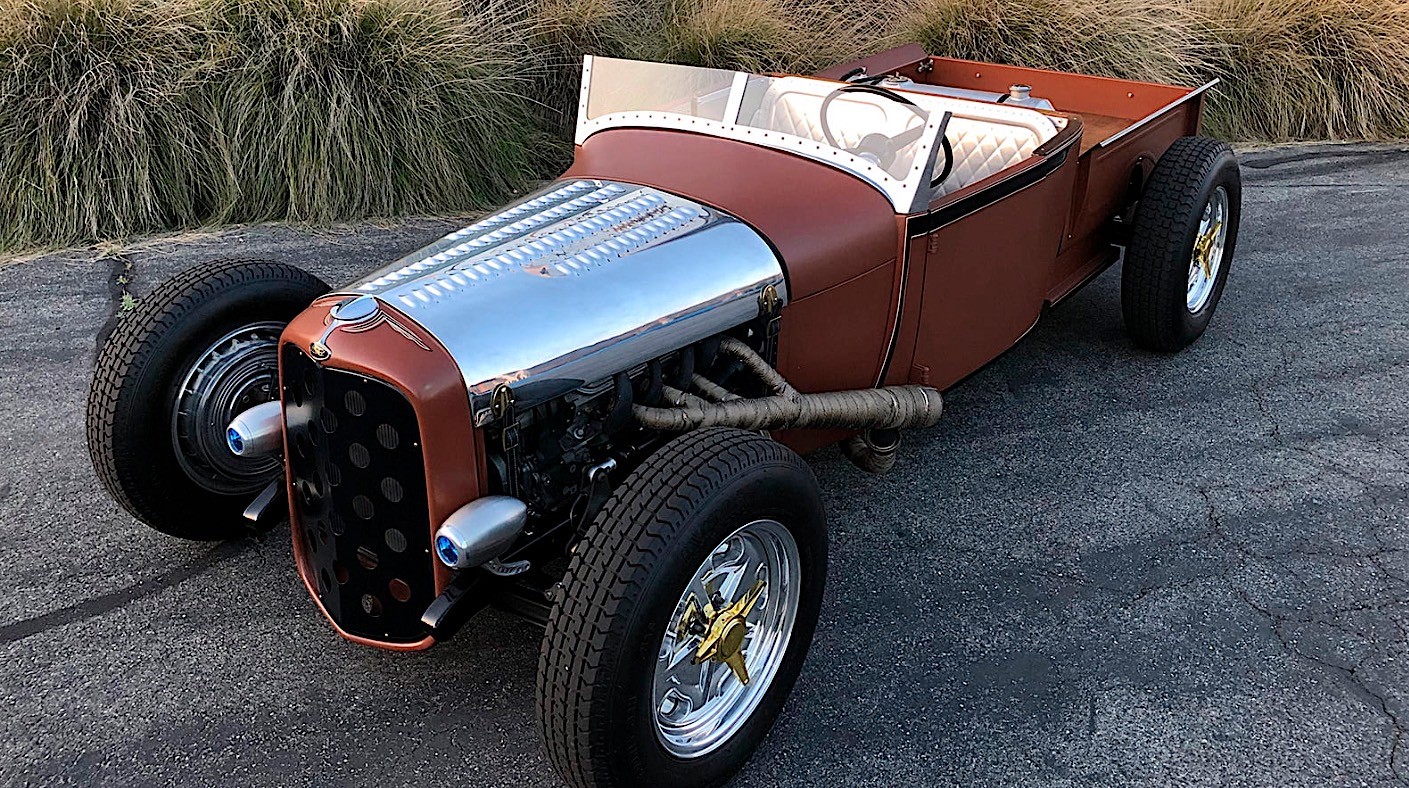 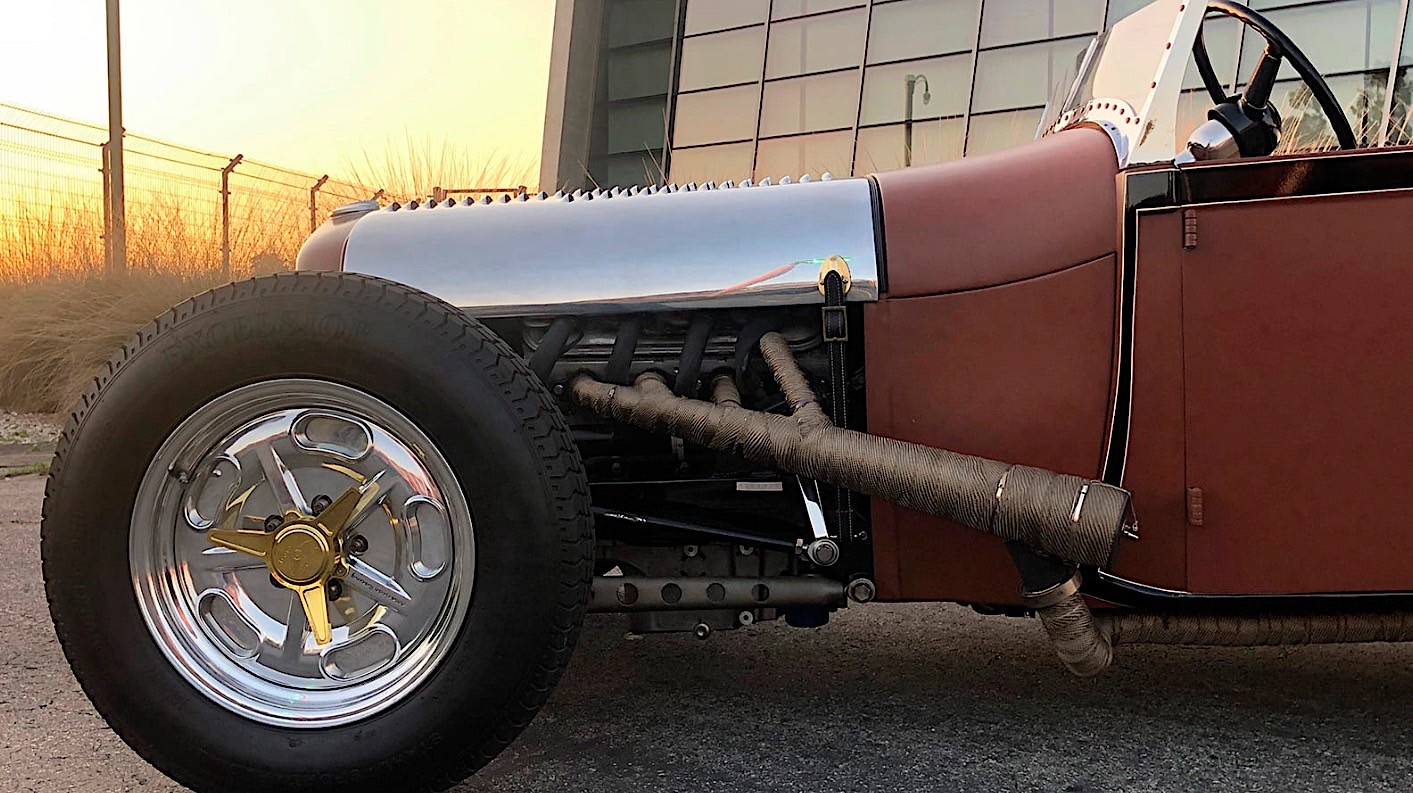 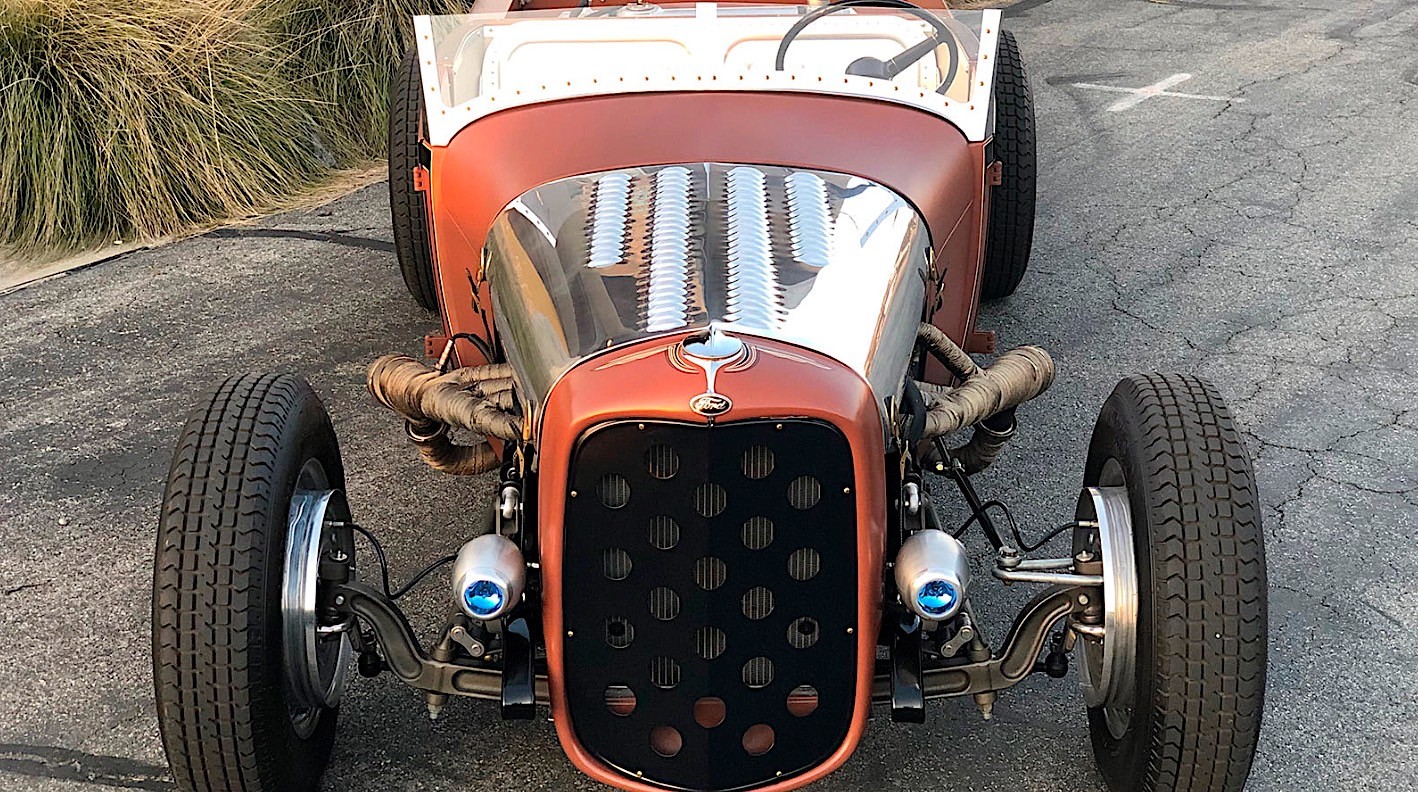