chevroletchevrolet corvetteCorvette Stingray
Introduced in 1953 with a rather lackluster inline-six engine, the Chevrolet Corvette quickly evolved into a V8-powered beast and one of America's most legendary nameplates.

And it also spawned a long list of spectacular concept cars. The XP-87 is one of them.

Also known as the Corvette Stingray Racer, XP-87 saw daylight in 1959 and was a massive departure from the C1-generation Corvette. While inspired by the race-ready Corvette SS of 1957, XP-87 was essentially a design preview for the C2 Corvette, which debuted three years later in 1962.

It was also the first-ever 'Vette to wear a "Stingray" badge, which didn't become available on production models until 1962. It remained in use until 1976 and it was brought back to life in 2014. Come 2022 and it also adorns the mid-engined C8-generation Corvette.

But XP-87 was much more than that. It also featured a unique roadster bodystyle that was never put into production and it was raced successfully in its early days. The Stingray made its track debut with a class victory at Marlboro Motor Raceway in 1959 and went on to win the SSCA National Championship in 1960.

While most cars like this end up wrecked or crushed, the Stingray Racer managed to soldier on unscathed for more than six decades. Sure, its original 283-cubic-inch (4.6-liter) V8 was replaced several times and GM honcho Bill Mitchell added a full-width windshield and a passenger seat so he can use it as a daily driver, but XP-87 still lives and breathes.

What's more, the car was restored by General Motors in the 2000s and featured at various classic car events. Not surprisingly for such a valuable and unique vehicle, the Stingray Racer rarely comes out of storage. But when it does, it becomes a crowd favorite thanks to its exotic styling and aggressive-sounding V8.

If you missed its appearance at the Eyes on Design car show in June 2022, here's a compilation of the Stingray Racer flexing its race-inspired looks and furious V8 at various events over the years. 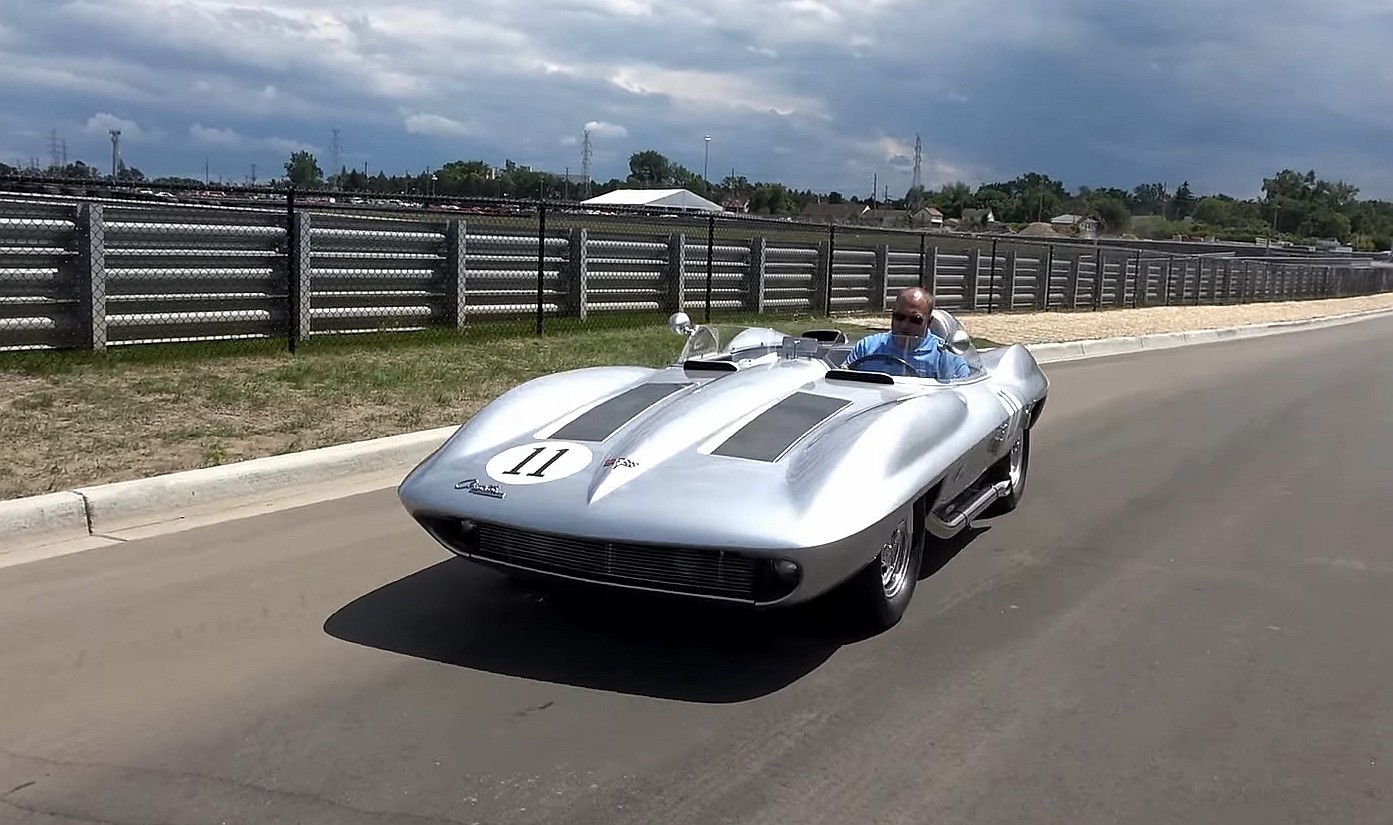