While most petrolheads will have never heard of the Mohs SafariKar, that’s ok because it’s actually quite a hidden gem. Originally introduced in 1973, this monstrosity is one of three prototypes built to be a safety-oriented vehicle for hunting big game in Africa. While EPA requirements put a damper on the automobile leaving the prototype stage, it’s quite a peculiar beast.

Rather unsurprisingly, inventor and entrepreneur Bruce Baldwin Mohs came up with the idea to build the ultimate hunting companion. After great success with ideas such as the instant milkshake, highway barrier reflectors, and a coating to prevent television tubes from imploding, he wanted to dip a toe into the automotive industry.

The vehicle itself is built on the underpinnings of a 1969 International Harvester Travelall frame. However, contrary to the timeless aesthetic of the base vehicle, the SafariKar features aluminum-tungsten alloy bulkheads wrapped in aluminum panels – which were then padded with polyurethane foam and wrapped in black Naugahyde. Adding to the 70s folklore of this vehicle, it also boasts a pair of sliding doors for easy ingress and egress.

Thanks to its IH internals, it keeps the same 392 cubic-inch V8 under the hood, fed by a four-barrel Holley carburetor. Bring a Trailer was quick to note that the included literature reports the power output as adequate. And that’s actually not a big deal, because this vehicle focuses on creature comforts.

The front compartment features three-abreast seating with a trio of Solar Automotive Products Baja Bucket seats, which Mohs modified to pivot and compensate for centrifugal force. Also included in the cockpit is an AM/FM radio along with a CB unit. Most importantly, the SafariKar comes with an airconditioning system, which isn’t currently operational on this prototype – quite surprising as the five-digit odometer shows approximately 60 miles. 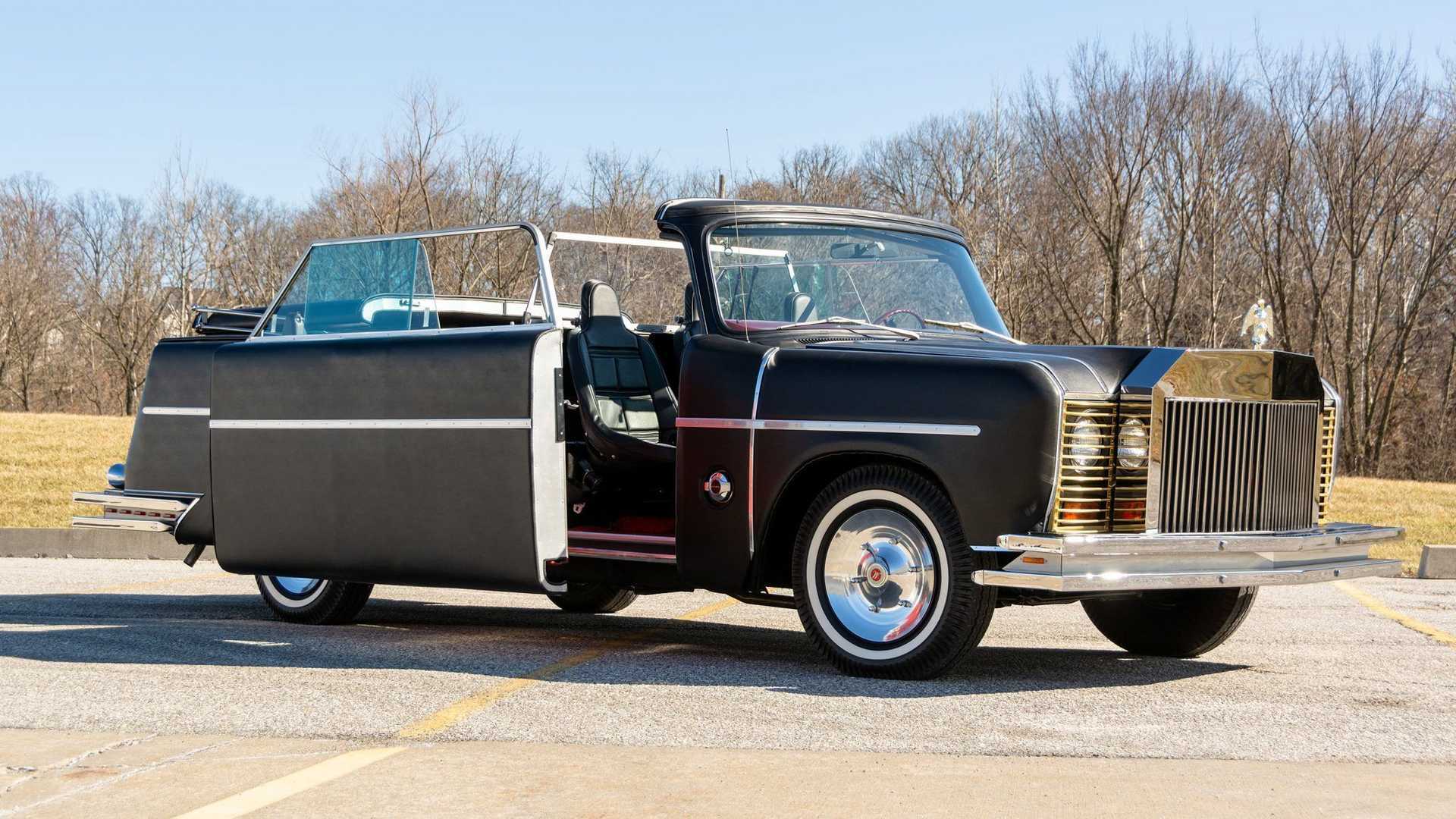 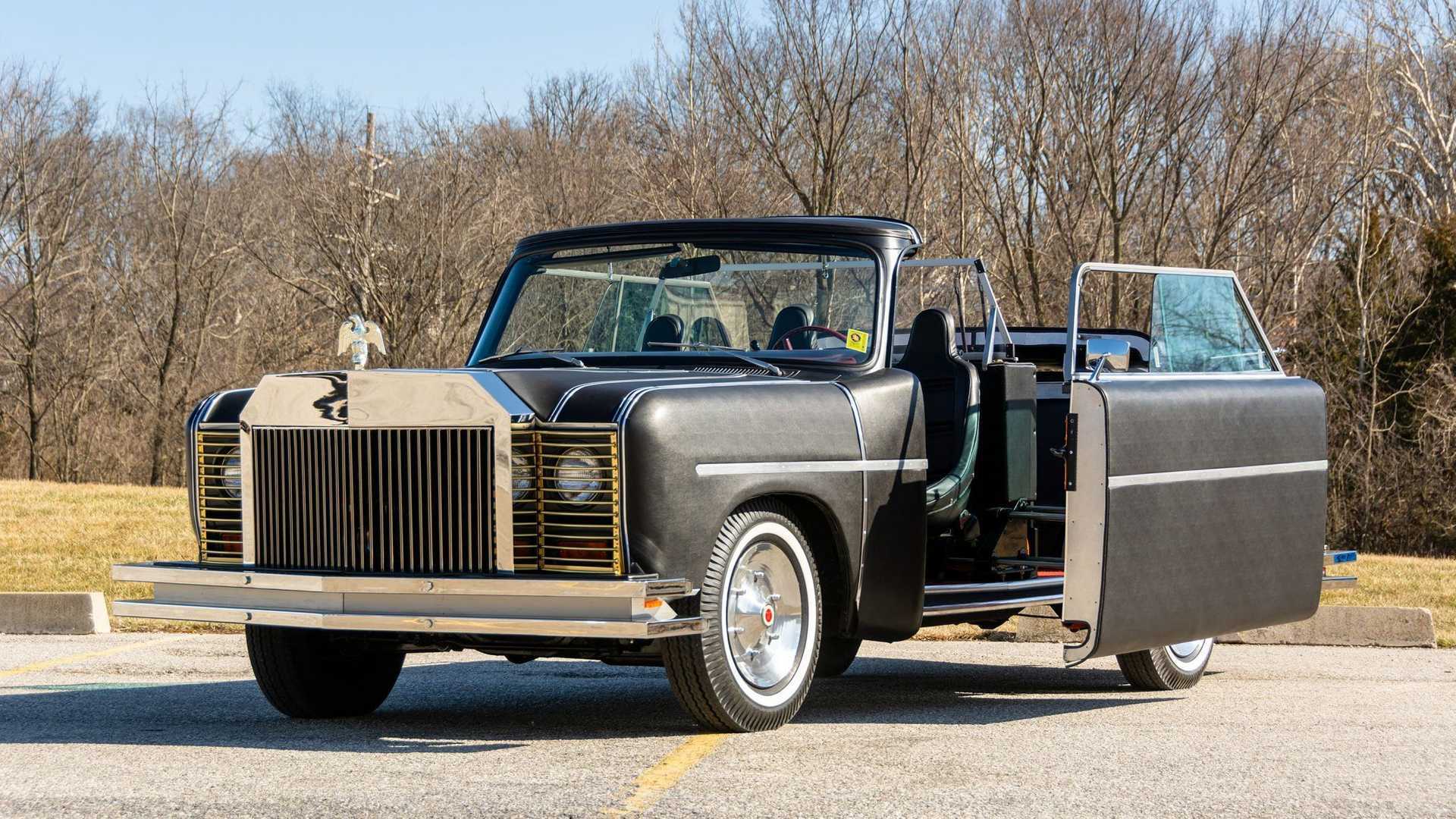 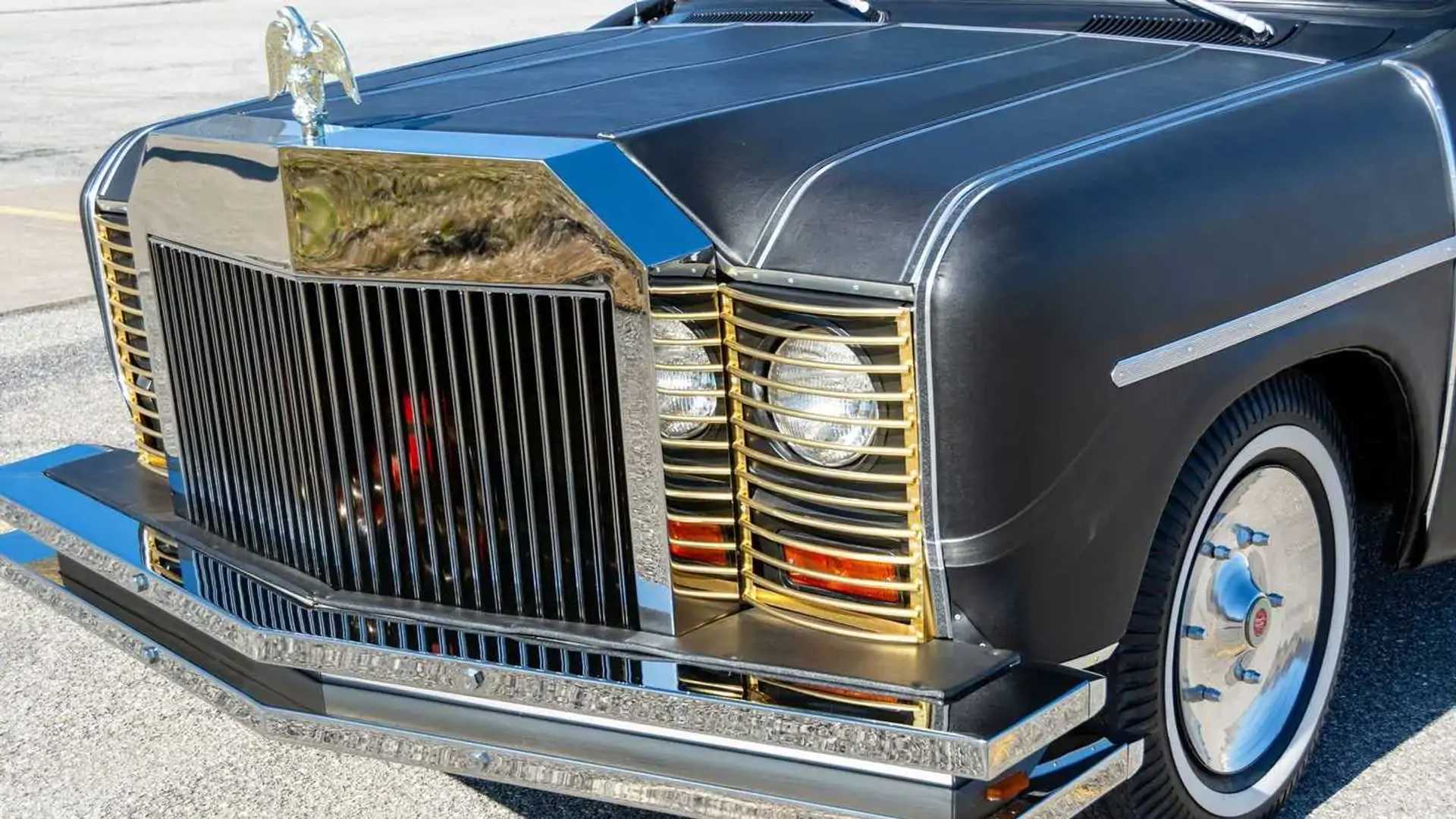 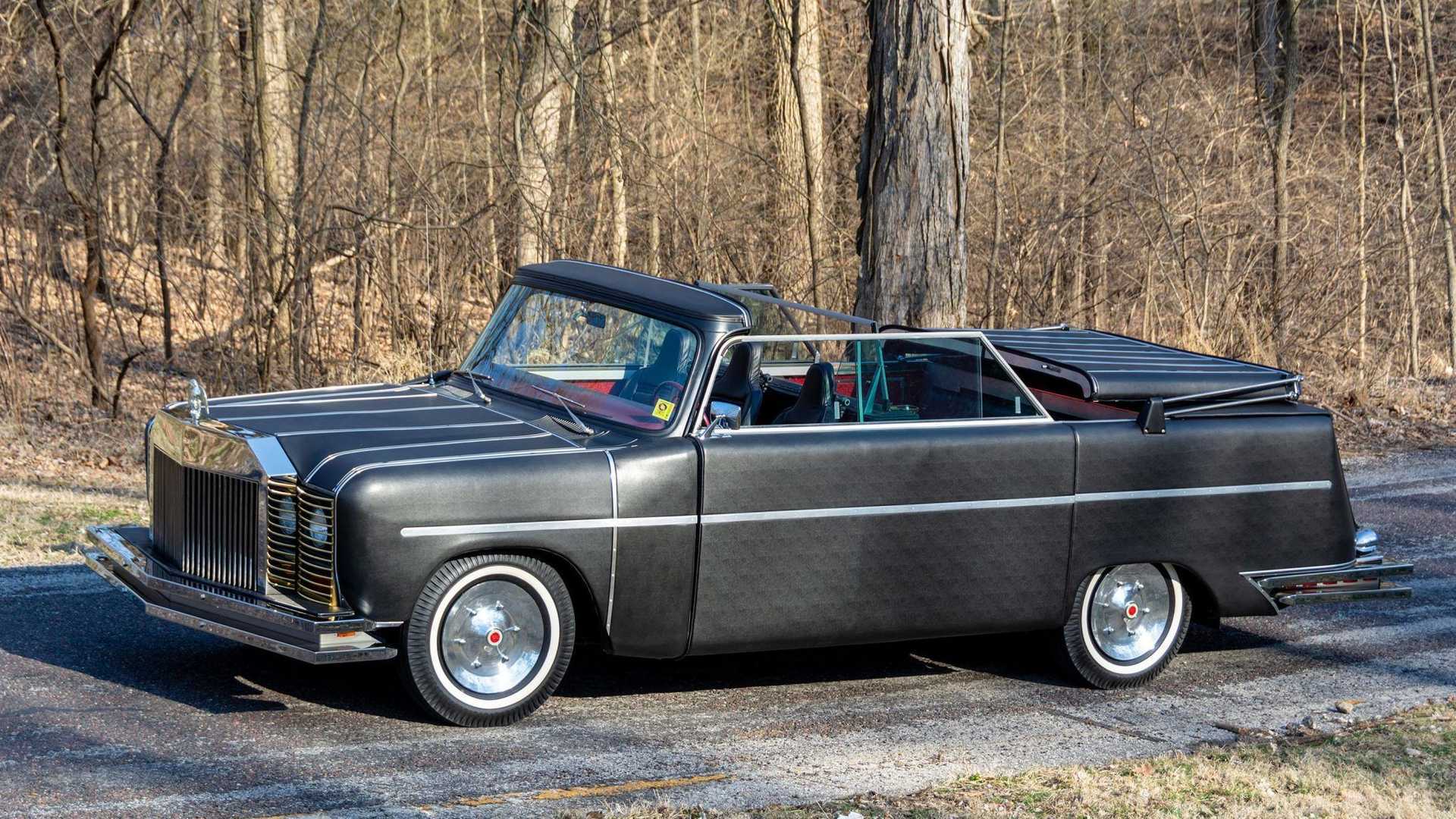 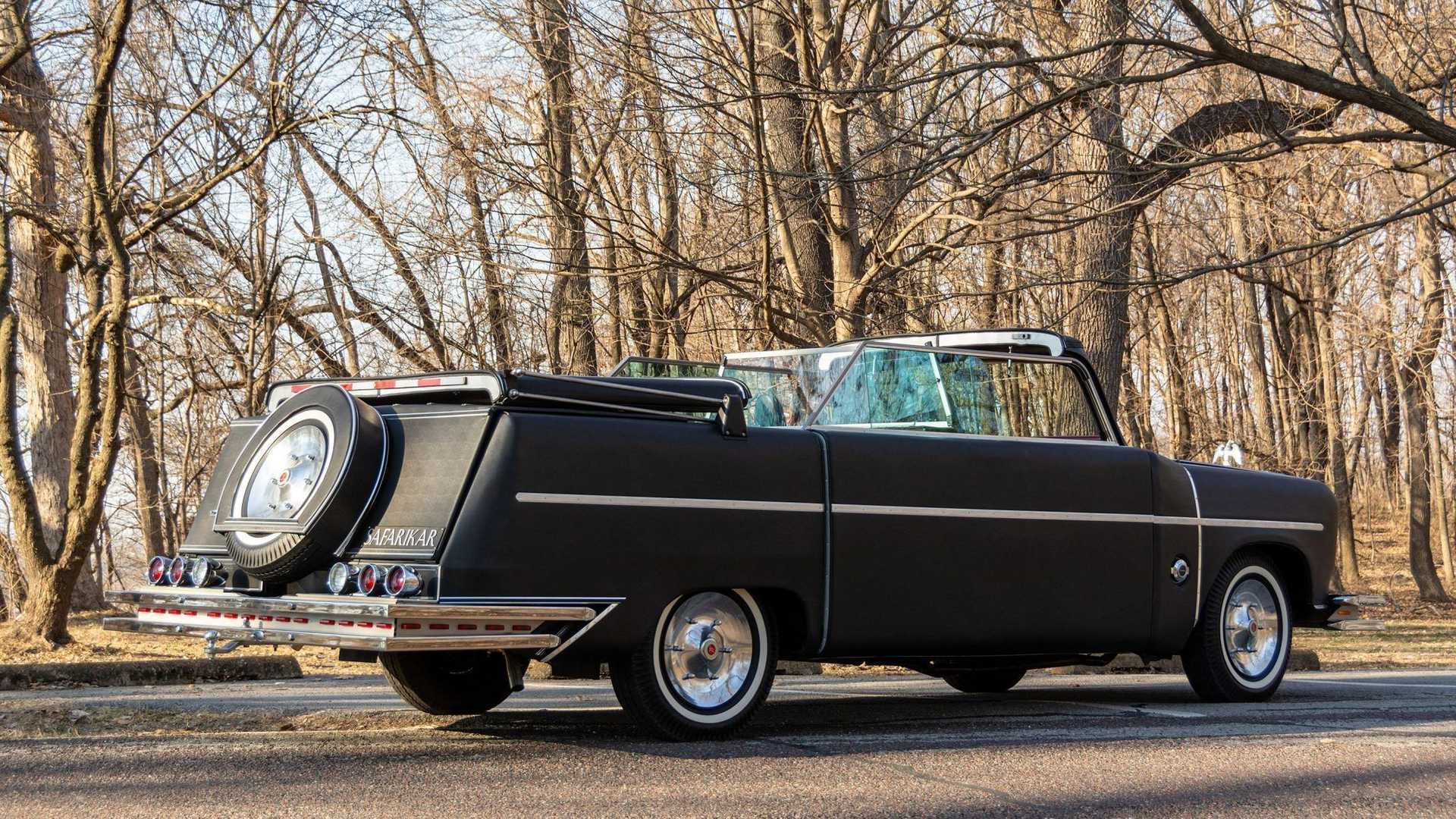