Though not as protective and powerful as other motorized vehicles used World War I, motorcycles played an important role on the battlefield.

Probably many of us forgot this November marks the 101 years since World War I ended. Fortunately, the right alliance claimed victory, but that outcome came with a price, and a big one for that matter. It is estimated that we've lost 10% of the Earth's population in battles, and when we say battles, not the combat that you know now, with airplanes and drone strikes, but brave men running towards each other with rifles to fight for what they believe in.

To paint a broader picture of how things were back then, at the time World War I took place, the electric razor had not been invented yet. It also took us 10 years from the start of the war, to come up with frozen food as we know it today. Yet other high-tech - by the time's standards - tools were around.

The bicycle came to be in the early 1800s, while the first internal combustion, petroleum fueled two-wheeler (soon to be known as a motorcycle) was invented in 1885 in Germany.

During the first decade of the 20th century, motorcycles began appearing in significant numbers, albeit they were little more than powered bicycles at the time war broke in 1914. But since they were better than running around on foot, generals quickly realized that they can be used in warfare

As a result, the British War Office issued a call for volunteers and their motorcycles. The response was overwhelming, and the first units of the Motor Machine Gun Service were deployed in the spring of 1915. In particular, members of motor clubs were asked to join up as their advanced skills would be invaluable.

When you think of how they used to battle back then, and when you add motorcycles to the mix you automatically think about jousting but that was not the case, thankfully.

The vast majority of the soldiers on motorcycles were dispatch riders and they were used by armed forces to deliver urgent orders and messages between headquarters and military units. They had a vital role at a time when telecommunications were limited and insecure. Other bikes were configured as sidecar rigs to carry machineguns, ammo and material, and wounded troopers across the battlefield.

When the United States entered World War I, they brought motorcycles from several U.S. companies to help on the front lines. The vast majority came from Indian and Harley-Davidson, but motorcycles produced by Henderson and Excelsior also made it to Europe's battlefronts.

Below are a couple of the beautiful American machines that served in Europe.
Indian Powerplus Big Twin

Predecessor to the Indian Chief, the Powerplus was a fast bike powered by Indian's very first flathead engine which was a 61 cubic inch, 16 horsepower, air-cooled V-twin. The Indian had cutting edge technology by its side, a transmission that had three speeds, a clutch and a kick-starter, therefore it was considerably faster than the Harley-Davidson.

At the time, Indian was the leading motorcycle manufacturer in U.S., and with the country's entry into the war, they devoted most of its production to the war effort, building almost 50,000 motorcycles for the U.S. Military.

The desire to help the war effort was what put an end to the Indian brand, unfortunately, the decision to concentrate on the military meant that the company virtually abandoned their customer oriented approach and dealer network. By the time the war ended, Indian found it difficult to reclaim their share of domestic sales, not at least because Harley-Davidson had been busy recruiting new dealers throughout the entire war. Not cool Harley, not cool.
Harley-Davidson Model 17F/J

The 1916 Model brought about a couple of moderate changes for Harley-Davidson. It was the first year they got rid of the bicycle pedals and featured a kick-starter, plus the overall design of the "tank," as it was referred to, took a more practical approach.

Initially rated at 6.5 horsepower, its output rose to about 8 by the end of the war, from a 61 cubic inch engine but still,it had some catching up to do in order to take on the Indian. Harley only managed to dispatch around 20,000 olive greens during the war.

The Model 17 also allowed Harley to finally surpass Indian as America's most popular motorcycle. During the war, Harley trained army mechanics through the Motor Company's "Quartermaster School", a program that eventually evolved into Harley-Davidson University. Mechanics who trained to work on Harleys during the war came home to purchase their own Harleys, which created a powerful and loyal following for Milwaukee's Finest.

The Great War came to an end on November 11, 1918 with the signing of the armistice at Le Francport near Compiègne, France. While the effect on motorcycle technology is irrelevant compared to the almost unimaginable amount of lives that were lost, the battlefields did act in many ways as a giant and unfortunate testing track that paved the road towards the motorcycles of today. 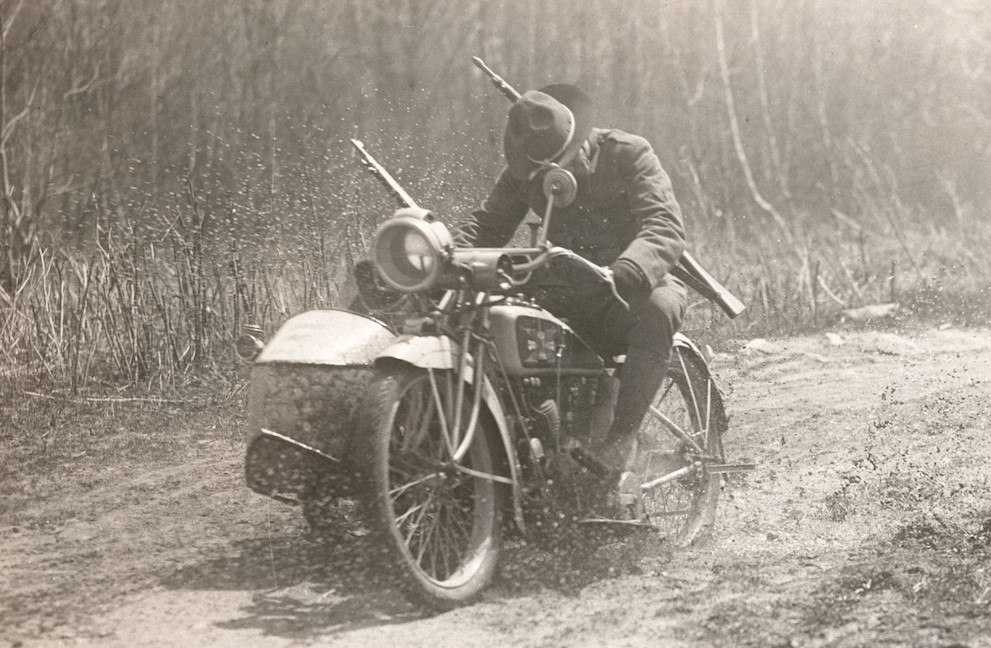 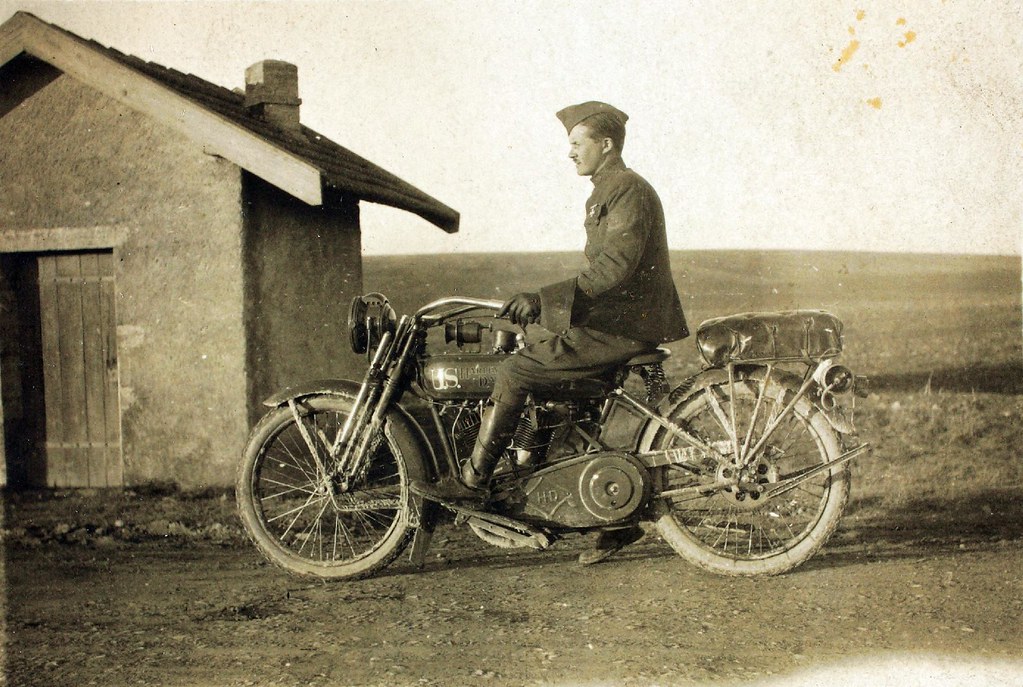 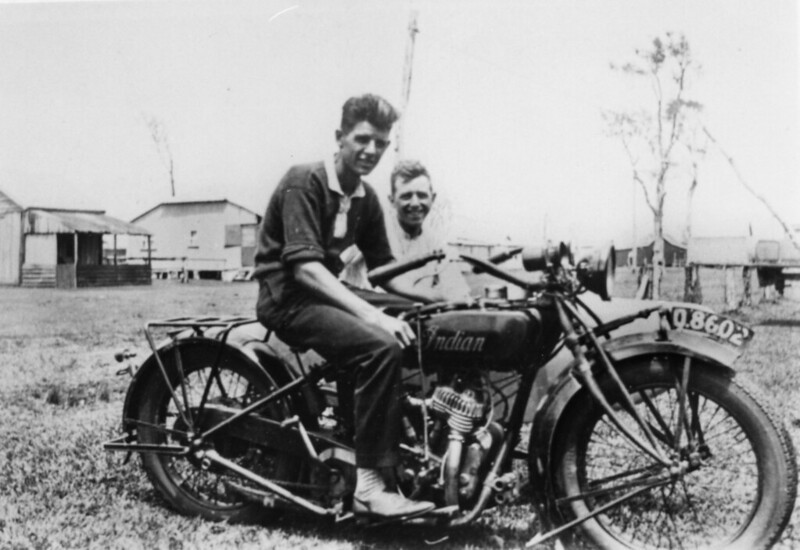 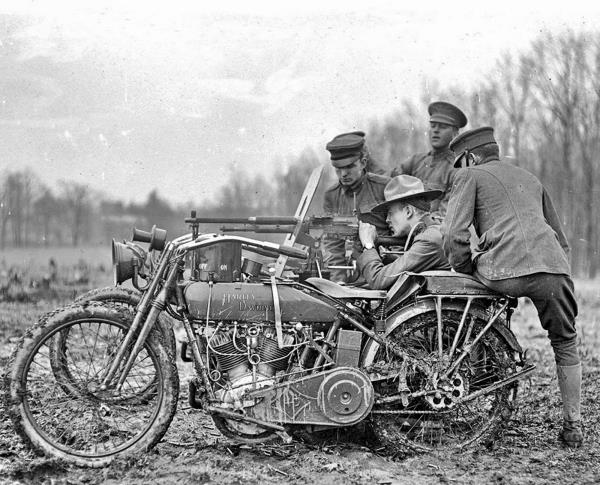