aston martinfindingus
The Aston Martin DB4 is one of the most legendary sports coupes ever built by the British manufacturer.

Little over a thousand were produced between 1958 and 1963 and it’s fair to say it was one of the most powerful and desirable cars of its time, notable for being the first car to get from 0-100km/h and back to 0km/h in less than 30 seconds. We’re a bit bewildered, then, as to why this example was abandoned and left to languish in a Massachusetts woodland for 45 years.

This Series 2 DB4 was built in 1961 in Britain and shipped over to the US in 1962 to a famous voice actor in Los Angeles. One year later, its 3.6-liter 240 horsepower straight-six engine was replaced and it gained a new owner who repainted it green. At some point in the early 1970s, it was driven from Colorado to Massachusetts and parked outside the owner’s home where it’s remained ever since. It’s since been discovered in a sorry state trapped between trees and rotting away. Somehow, we doubt it’s in drivable condition judging from the rusted bodywork and leaves poking from the panel gaps.

The dilapidated DB4 has since been put into storage, but to say it needs some extensive restoration work is an understatement. Despite the condition however, it’s going up for auction in Arizona on January 18th alongside the last ever Bugatti Veyron Coupe, where it’s estimated to sell for around $375,000 - $475,000 – and that’s before it’s even been restored back to its prime. Still, if you’re looking for a DB4 to use as a garden ornament, it’s a cheaper alternative than the $1.9 million DB4 GT Continuation. 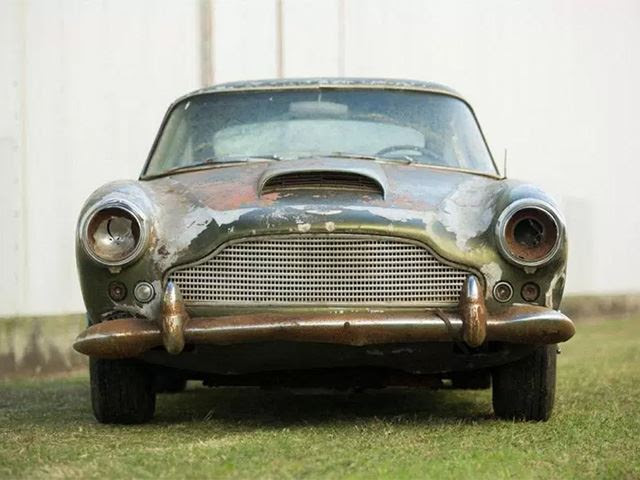 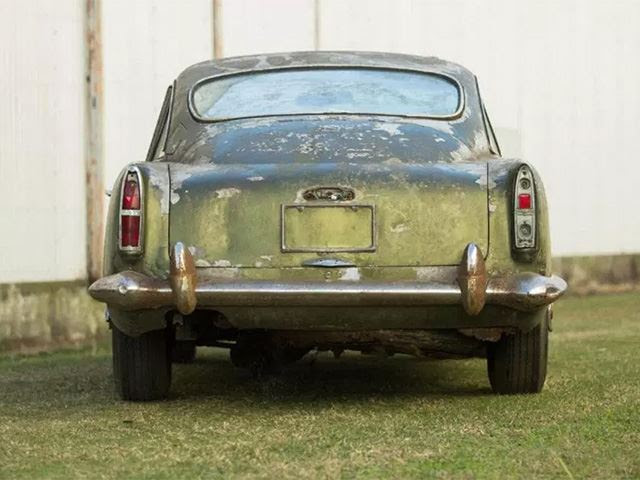 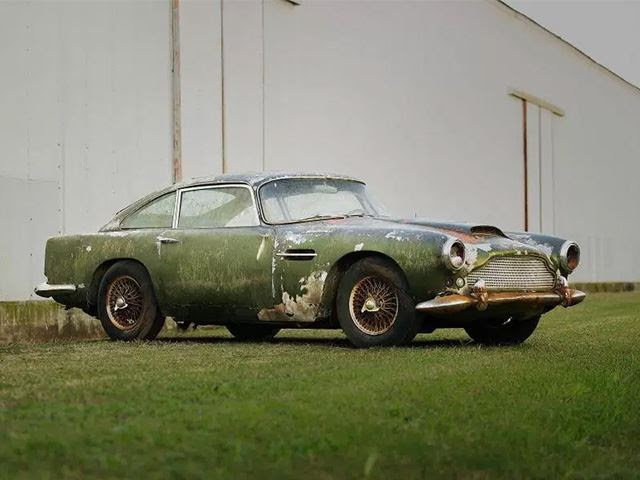 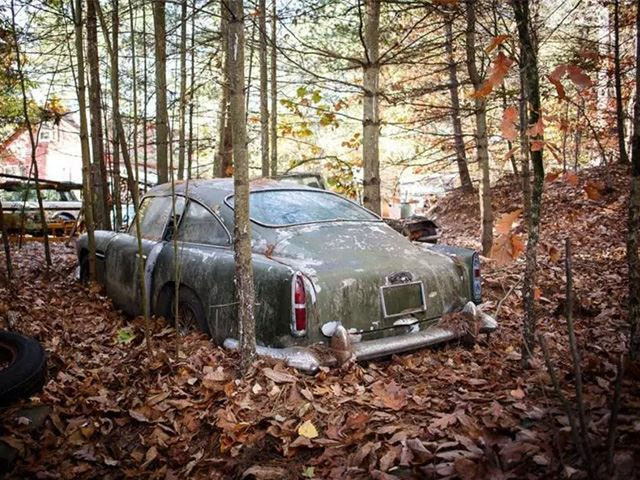 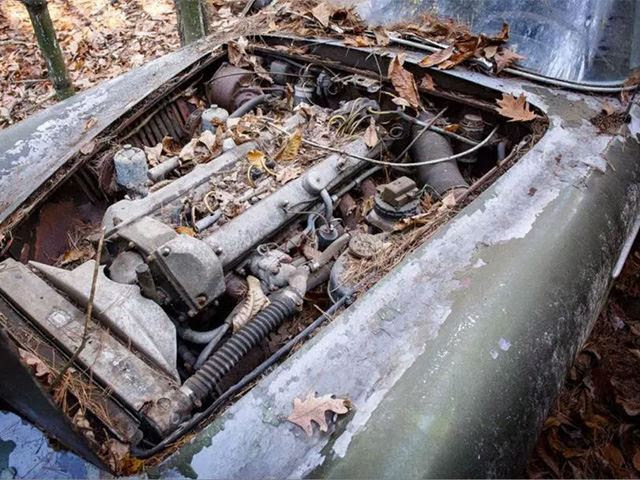 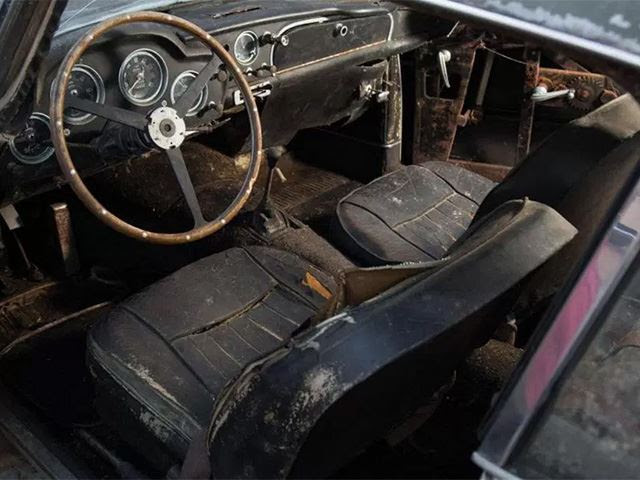