NASCAR is a sport that enjoys a huge fandom, and for a good reason. There aren’t many other events in motorsport that can compete with the adrenaline and entertainment provided by the oval races.

With the popularity and the number of fans that NASCAR enjoys, memorabilia is also a big part of the culture. Some people may own an autographed picture, cap, or t-shirt. Some may even own limited edition toys or figurines. But how many people can say they own and maybe even drive a car that actually saw some racing?

The right answer is not many. But you could be one of them if your pockets can handle it. And they will need to be deep because this 1969 Dodge HEMI Daytona offered by Mecum Auctions comes with some truly unique perks.

I've told you this car saw some racing but that’s quite a mammoth understatement. It was piloted by NASCAR Hall of Fame driver Bobby Allison. It was only 4 laps, but he did so at speeds in excess of 200 mph (320 kph), and a copy of the lap time sheet is included with the sale.

Furthermore, Allison personally inspected the car and verified its authenticity in a handwritten letter dated November 10, 1999. Adding to the heritage of this icon of American muscle, Bobby autographed the dashboard in two places.

However, what is most striking is the livery. This NASCAR Daytona was restored in the correct Red and Gold Coca-Cola no. 22 livery, making for an awe-inspiring sight. The authenticity oozes out of every pore of this car, and you’d be hard-pressed to believe it was found in a barn by Pat McKinney.

With this pedigree, it is no surprise that this Dodge Daytona took first place at the 2005 Amelia Island Concours d'Elegance. Neither is the time it spent as a museum piece between 2021 and 2022, when it was displayed at the Lemay Car Museum in Tacoma, Washington.

However, that is not the only autograph this car is hiding. There is another in the engine compartment. That one belongs to Chrysler's designer of the winged cars, George Wallace. And that’s not the only special feature when it comes to the engine. It is a rebuilt 426 Hemi V8, packing a mean punch with 650 hp (660 ps) coupled to a 4-speed manual transmission.

It’s not only the power unit that is built for racing but the entire car. The suspension is of the NASCAR performance variety with dual shock in all four corners. Other racing features include a vintage “Bath Tub” racing intake, Cowl plenum air induction, and a heavy-duty Ford differential.

It’s more than obvious that this Dodge Daytona is utterly outstanding and unique, making it a rare gem for any NASCAR collector. With everything it has to offer, it will likely provide a tough bidding war when it finally goes under the hammer in January 2023. 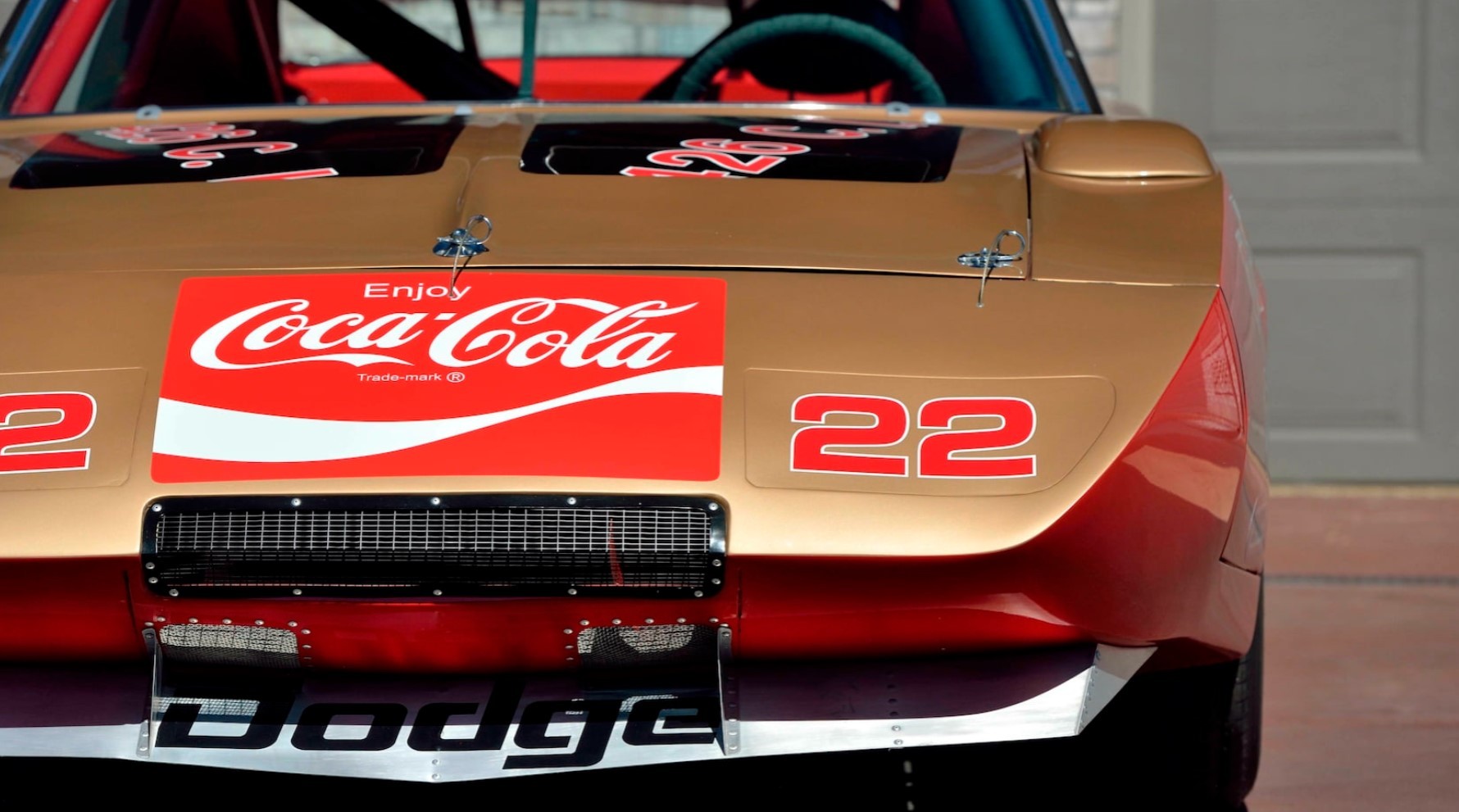 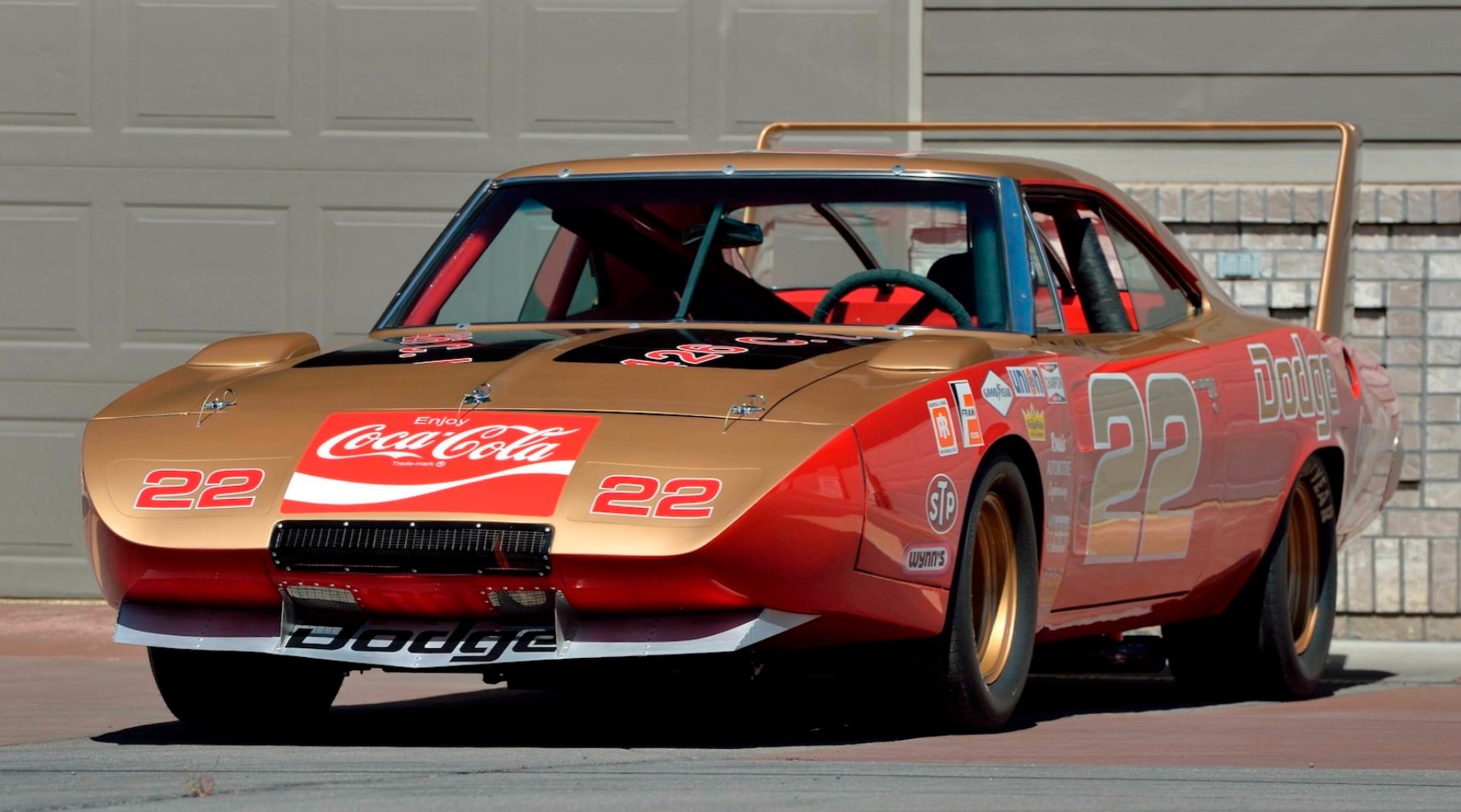 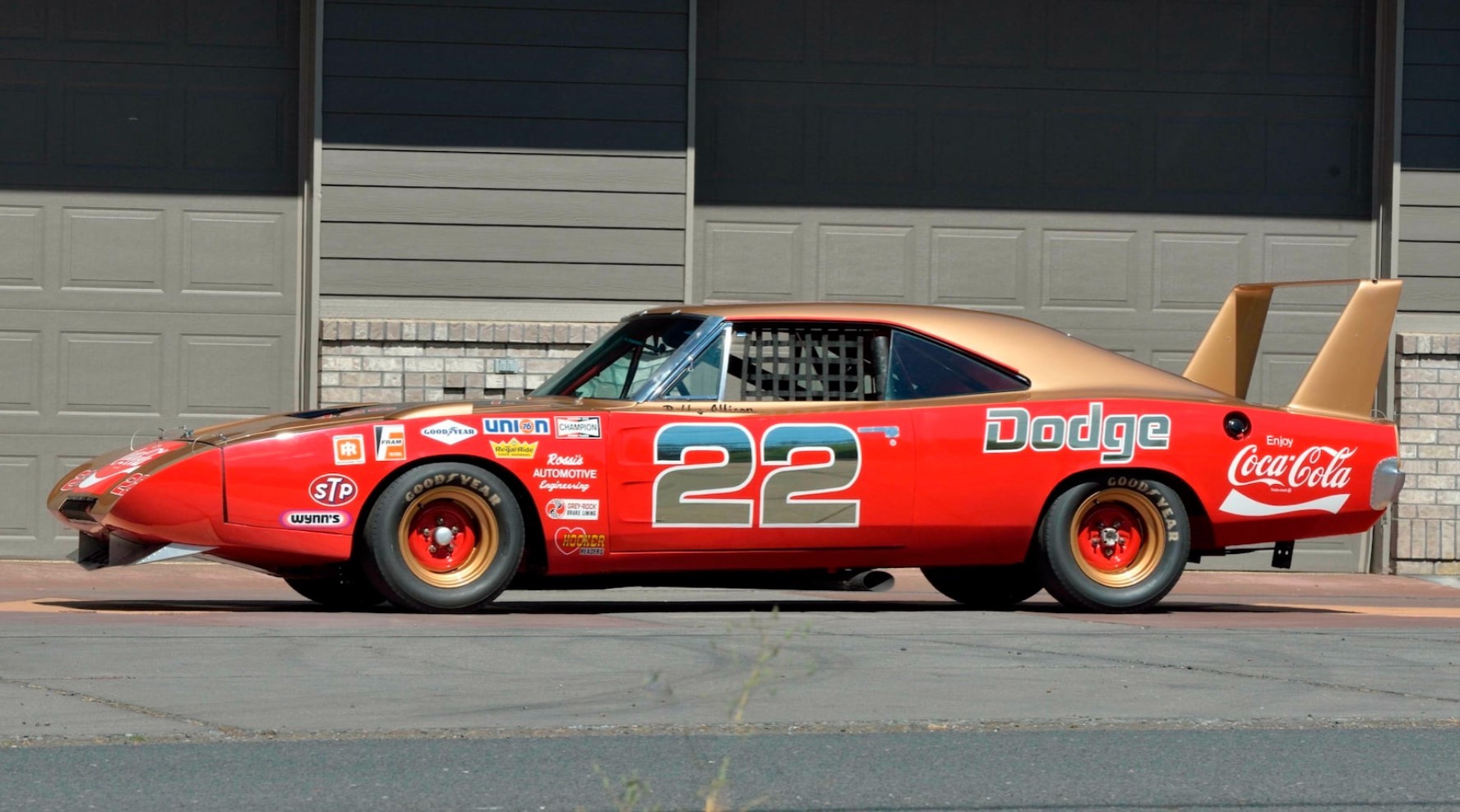 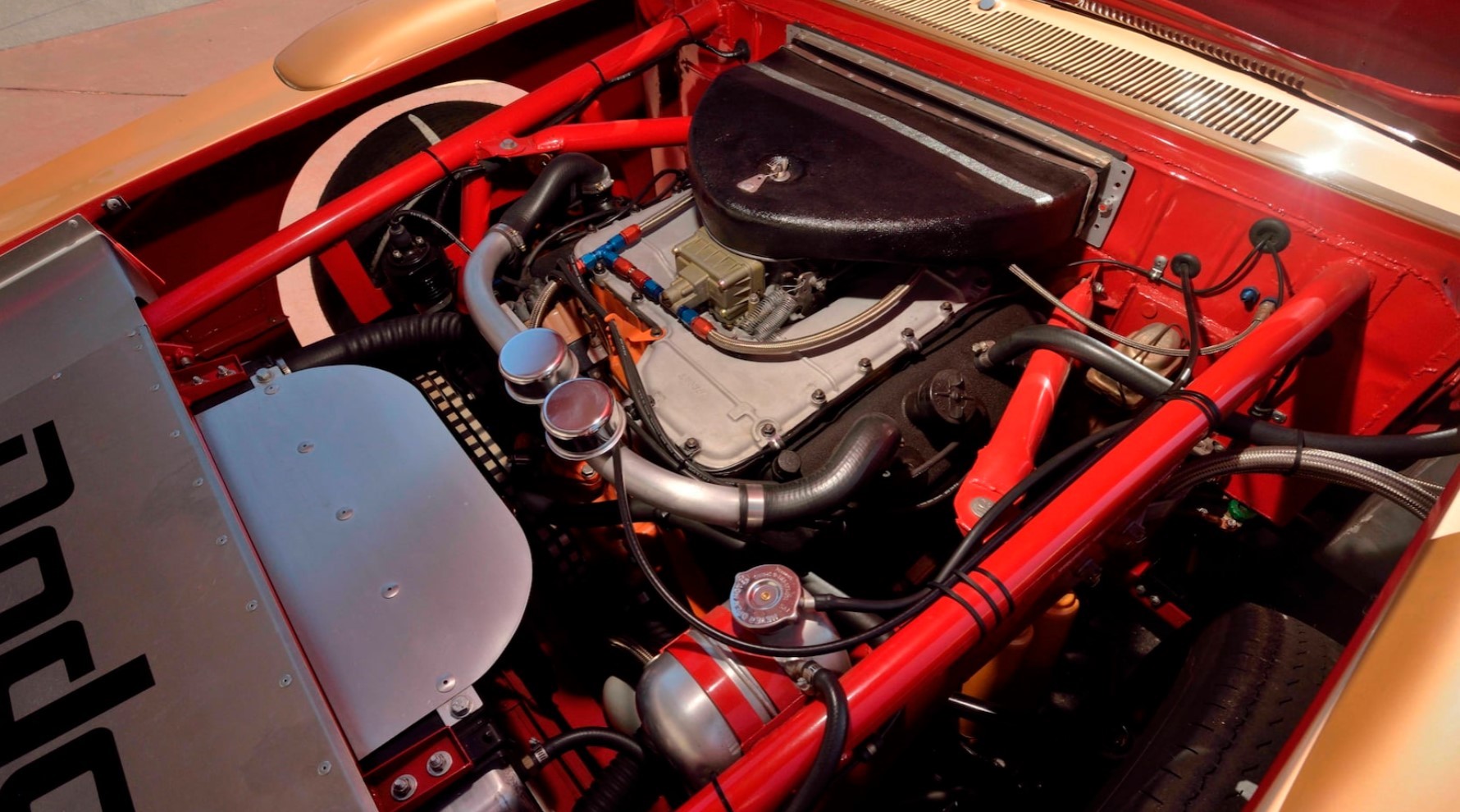 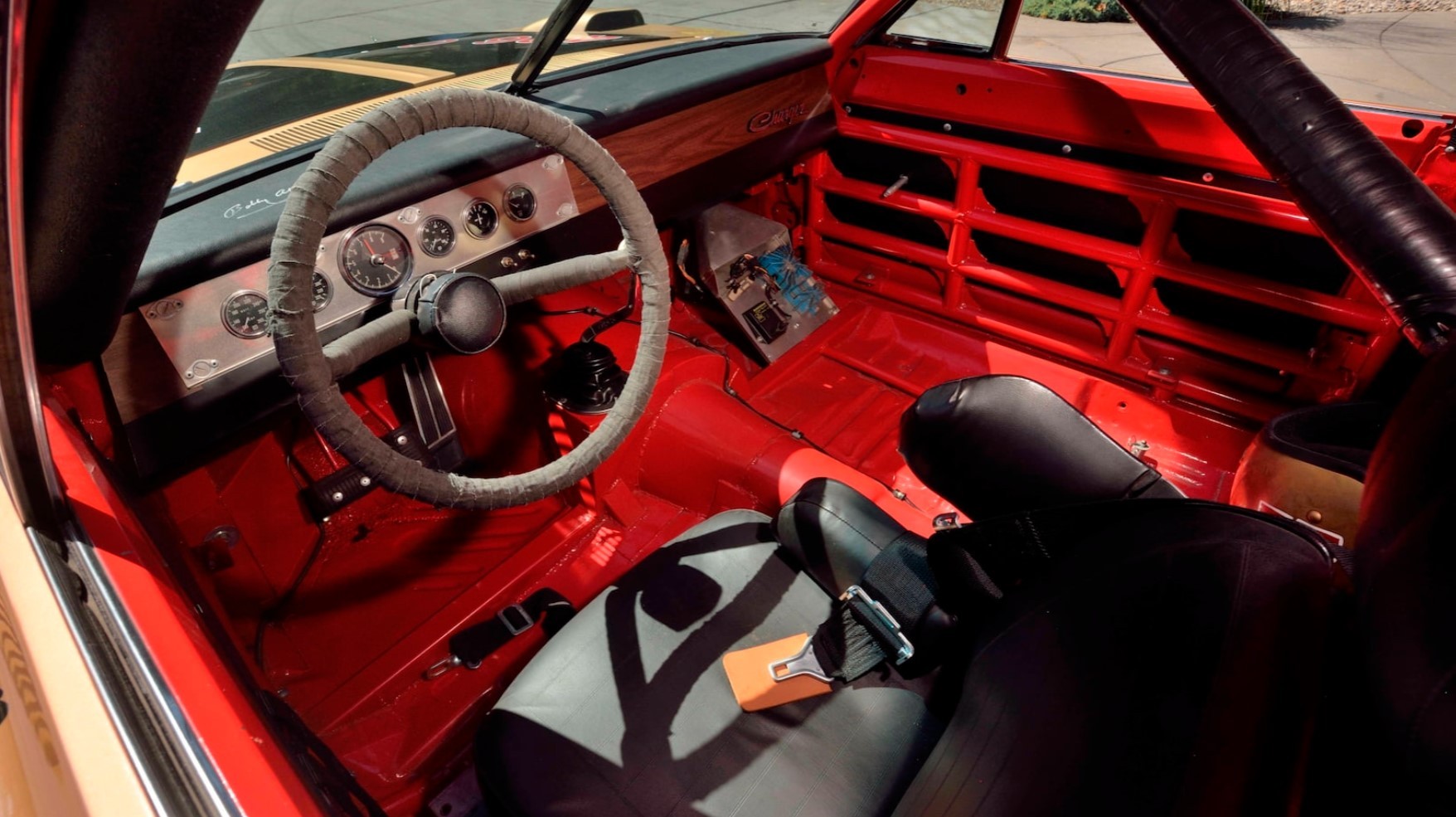