As I steer the Triumph TR7 around the corner, its engine begins to splutter before conking out. Welcome to Drive Dad’s Car, the companion venture to the Great British Car Journey, a new visitor attraction for car lovers and nostalgia junkies in Ambergate, Derbyshire.

My TR7 drive isn’t an encouraging introduction, but for anyone who remembers British Leyland cars, it is authentic. Richard Usher, founder of the Great British Car Journey, laughs it off, promising that the attraction’s on-site garage will fix it. As the founder of Auto Windscreens and, more recently, the owner of Blyton Park racing circuit, which he sold to Ginetta in 2017, he’s no stranger to cars and their dramas.

The GBCJ, as we’ll call it, is Usher’s latest project and the one closest to his heart. It’s a homage to not just British cars but ordinary British cars in particular. “We’re interested in the Sierra 1.6 L, not the Sierra Cosworth,” he tells me. It’s based in an old wire factory on the banks of the River Derwent. When I visit, there are four weeks to go before the attraction opens. The carpet’s been laid, the doors hung and the reception counter is installed. At the far end, the garage, which visitors will be able to view, is in operation with a Hillman Minx on the ramp.

Elsewhere, electricians and painters are hard at work, but one person grabs my attention: the chap suspending wires from the ceiling. “They’ll hold the big story boards we’ve created,” explains Usher. “When it opens, this place will look like a motor show and not a car museum. Visitors will follow a meandering route populated with over 130 British cars. The story boards will set the scene and provide some context, while an audio tour will explain the significance of each of them.”

For Usher, the vehicle that holds this meandering trail together is the Austin Seven. He tells how, in 1921, Herbert Austin, faced with his fledgling car-making business being threatened with bankruptcy, heeded his wife’s advice to build a car people could afford and, together with his best draughtsman, set about designing it. The Austin Seven, as the new car was called, went on sale in 1923 costing £12,500 in today’s money. It would pioneer many features we now take for granted and influence future giants of British motoring, including William Lyons, who created a rebodied version of the Seven that he called the Austin Seven Swallow. Crucially, it set Britain on the path to providing the world with innovative and affordable cars.

Another key ingredient in the GBCJ’s meandering trail, says Usher, is William Morris. His story really gets going in 1948 with the launch of the Morris Minor, designed by a young Alec Issigonis. Eventually, in 1952, Austin and Morris merged to form the British Motor Corporation (BMC). From this often unhappy marriage came some of Britain’s best-selling cars, among them the Morris Minor (remarkably, GBCJ has two Minor Millions produced in 1960 to celebrate the millionth car), the Mini (GBCJ has numerous examples, including an unregistered 30th Anniversary model) and the Austin 1100, the best-selling car of 1965.

From BMC, the visitor trail wends its way through the 1950s, touching on Rootes and brands such as Hillman and Humber, and the 1960s, when Ford and Vauxhall were getting their acts together and when British Leyland was formed from BMC and Leyland Motors. It continues with the troubled 1970s (Usher is careful to lay the blame at the feet not only of the unions but of the management, too) and the 1980s, when Austin Rover was formed and Ford and Vauxhall vied for supremacy. It ends with the 1990s, when car making became truly global. (Yes, there is a Tata-built City Rover on the tour.) Along the way are detours to the likes of Lotus, Bristol, Scimitar, Jensen, DeLorean, TVR and Gilbern. Later this year, Usher plans to start offering visitors a crossing of the River Derwent in a Dutton amphibious car.

Among the 130 or so mainly ordinary and everyday cars that illustrate the GBCJ trail are four that Usher calls ‘hero cars’, for the simple reason that they were the country’s biggest sellers. They are the Austin Seven, Morris Minor, Mini and Ford Escort Mk3. There are some real rarities, too, including the last MG Metro and the earliest known Vauxhall Cavalier Mk2. In addition, there are 15 cars with interesting stories or associations. They include the Humber Hawk that belonged to Sir Fenton Atkinson, the judge who oversaw the trial of the Moors murderers in 1966.

One with a special significance to Usher is an Austin Maestro. Registered in 1989, it was owned by an elderly chap who lived close to Blyton Park. He would regularly appear at the circuit, asking Usher if he’d like to buy it. “He set me thinking about, one day, honouring this car and other ordinary British cars like it and telling their story,” says Usher. “It’s how the GBCJ came about.”

The 130 vehicles in the GBCJ and the 32 on the Drive Dad’s Car fleet are owned by Usher and his fellow investors and come from all sources, including private sales and auctions. More than 50 of them were bought from Jaguar Land Rover’s Special Operations division, which acquired the 543-strong Dr James Hull car collection, representing a wide selection of British marques, in 2014.

Until the GBCJ opens, most of the cars are in storage in an adjoining building. Clapping eyes on them under their plastic dust sheets is a shock. Seven decades of mostly ordinary British cars are here under one roof. Instantly, memories of roads once ruled by Granadas, Cortinas, Capris, Escorts, Anglias, Victors, Vivas, Cavaliers, Astras, Chevettes, 1100s, Morris Minors, Princesses, Allegros, Metros, Marinas, Minis and the rest flood the mind and awaken memories of family motors and days out. No collection of supercars could possibly have the same effect.

“These cars are my life and this project has absorbed four years of it,” says Usher. “I can’t wait to share them with visitors.” 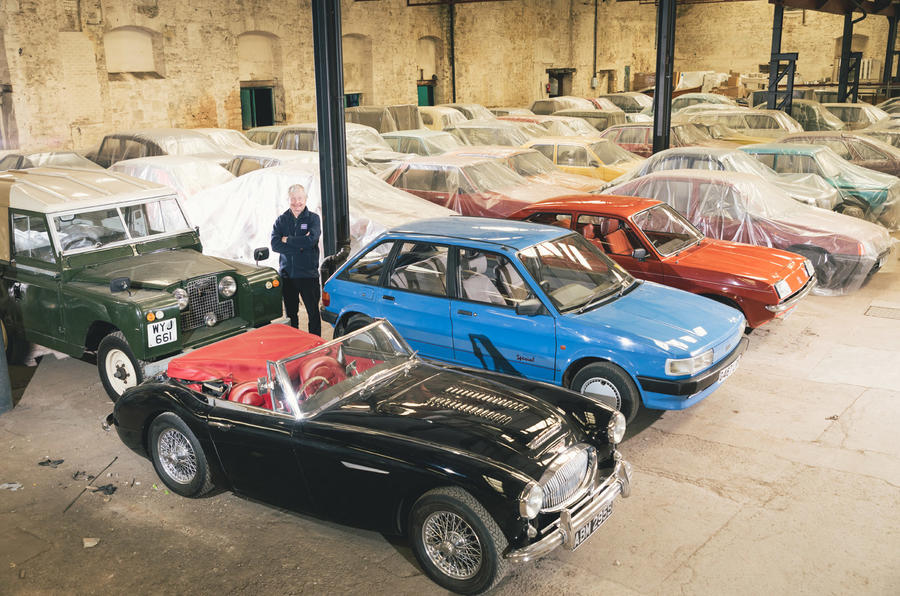 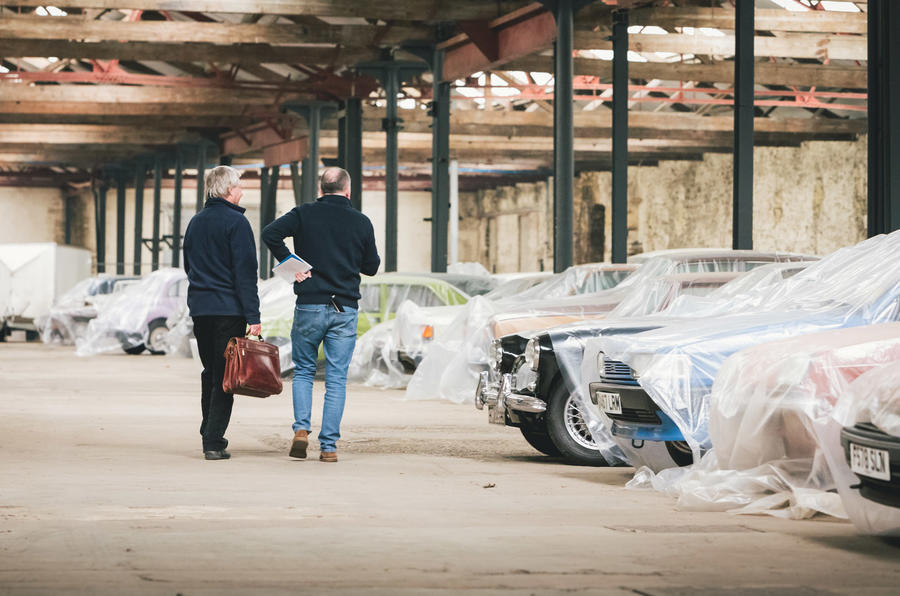 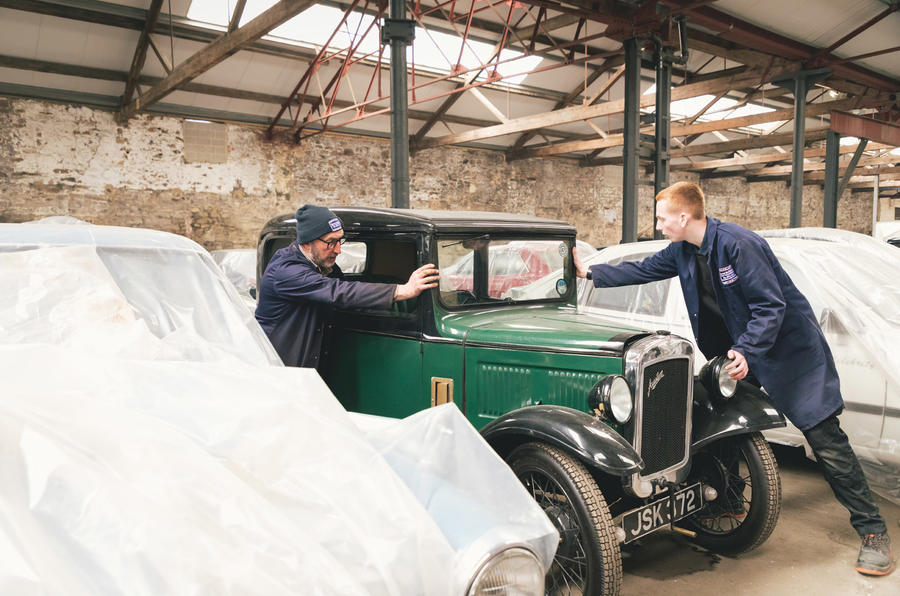 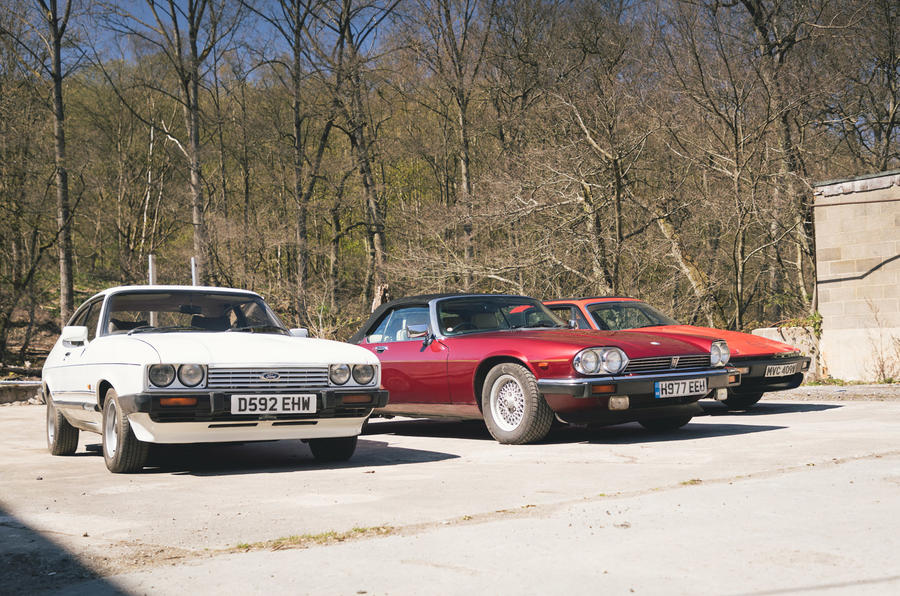 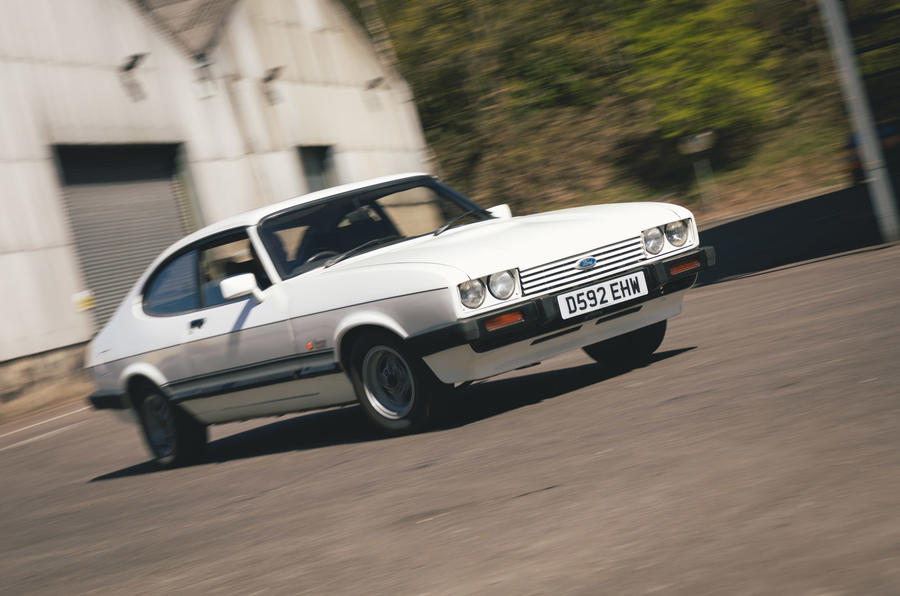