This Is The DeLorean Restomod Of Our Dreams What if the DeLorean was given the Singer-style restomod treatment?

Singer is renowned for its stunning Porsche 911 restomods, but there are plenty of other iconic cars that deserve to receive the restomod treatment. Take the DeLorean DMC 12, for example. It's one of the most famous movie cars of all time thanks to its appearance in the Back to the Future series as a time-traveling machine, so it's perhaps surprising there haven't been any attempts to modernize it for the 21st century.

To rectify this, Brazilian artist thiagod3signhas presented their vision of a DeLorean restomod with the same level of quality and attention to detail as Singer's Porsches.

Whereas the original DeLorean was famous for its unpainted stainless-steel body that would never rust, the Brazilian artist has finished the car in all-black and added significantly wider fenders, larger wheels, a dual exhaust system, and front and rear spoilers, giving the DeLorean a more aggressive look compared to the original. LED headlights and taillights also help modernize the DeLorean.

The render artist hasn't considered what an interior could look like, but we imagine it would be updated with a high-tech, futuristic cabin dominated by touchscreens.

Another aspect that would need to be modernized is the powertrain as the DeLorean left a lot to be desired in the performance department. In the original DeLorean, power was provided by a 2.85-liter V6 engine developing a modest 130 horsepower. This setup enabled the DeLorean to hit 0-62 mph in 8.8 seconds with a manual transmission or 10.5 seconds with an automatic. An old-school V8 or even an all-electric powertrain would give this DeLorean restomod the power it deserves. Sadly, this modernized DeLorean will have to remain a fantasy for now.

Modified DeLorean's do exist in the real world, however. One example was fitted with a 5.7-liter LS1 V8 developing 425 horsepower, and someone recently converted one into a full-size remote-control car. 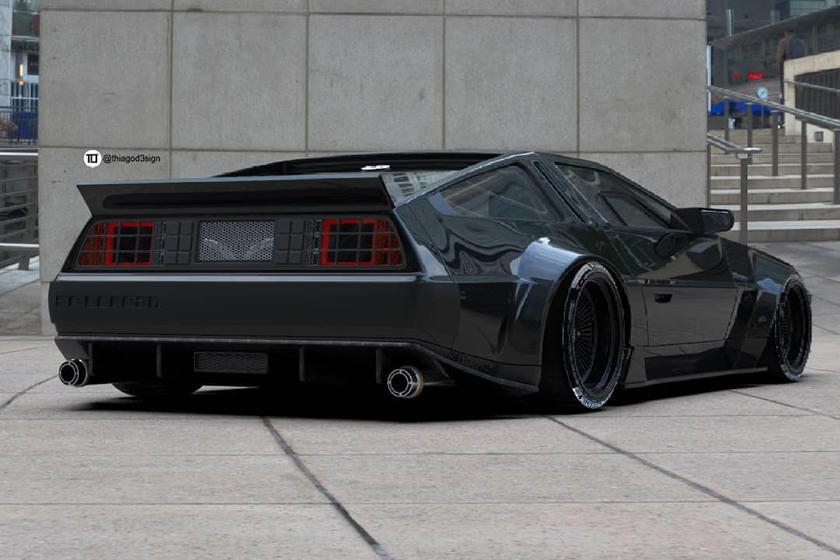