Duke of London: visiting the hub for classics and supercars alike Second-hand special: Now you’ve found your next car, you need somewhere to show it off – and we know just the right place

Choosing which toppings to have on a pizza is always hard, and arguably nowhere more so than at Duke of London’s temptingly aromatic in-house pizzeria, Santa Maria.

Do you keep it simple with a margherita? Maybe indulge your inner Neapolitan with a handful of anchovies and olives? It can be an excruciating ordeal, and no matter how much you end up enjoying every single slice of wood-fired goodness, there will always be the niggling doubt that you should have been bolder, less obvious; maybe even thrown caution to the wind and taken a risk with some artichokes.

Whatever you eventually decide, it’s important not to rush the decision process because that’s good practice, as it turns out, for what comes next.

Tear yourself away, when you can, from the heat of the oven and the waft of nduja and consider the restaurant’s setting. Strangely enough, Santa Maria occupies a corner of the first floor of a long-decommissioned 1930s soap factory, but there’s little here in the way of flaking paintwork, leaking pipes and smashed windows.

Negotiate your way around the immaculate Renault Clio Williams 2 (one of just 482 right-hand-drive examples) and try not to bump into the tastefully lowered 997.2 Porsche 911 Turbo Cabriolet (with 639bhp from its tuned flat six) and you will see that the choice you must make is rather more burdensome than constructing your perfect lunch: how could you possibly pick a favourite car from this collection?

This is a car dealership like no other. In fact, it would be reductive to bestow on it such a single-track title. Factor in the Italian restaurant, on-site pub, restoration workshop, detailing studio, gym, bike repair shop and cobbler (that’s right), and Duke of London must really be considered as nothing short of a mecca for the modern petrolhead.

The capital’s automotive equivalent, if you like, of an all-inclusive resort in Barbados. It’s no surprise, then, to hear that the (surprisingly young) duke himself, Merlin McCormack, has been familiar with the motoring enthusiast world from a young age. He recalls: “In 2010, I left school and started helping my mechanic dad out around the workshop, and a lot of his customers were coming to him and asking for advice on what to buy. That’s not really his passion, so I stepped up and picked up the slack.”

Just four years later, he was running the first Duke of London dealership alongside his dad’s workshop in Kew Bridge, before relocating barely a mile down the road to what was once Brentford’s thriving dockland area. Today, his headquarters sits slap-bang in the middle of an expansive urban redevelopment project, which on the plus side provides just the right sort of gentrified brutalist background that appeals to Duke of London’s deservedly substantial Instagram following but, on the other hand, means it doesn’t have long to get too comfortable before the wrecking ball starts a-swinging.

Thankfully, this was all part of the plan, and when Duke of London has to evacuate its current site in the next couple of years, it will move into a new facility with space for all of its associated businesses and customers’ cars (up to 120 of them, in fact). So what we’re seeing here is really just a taste of what is to come.

In many ways, McCormack is the antithesis of what once was the stereotypical (read adenoidal and pedantic) exotic car enthusiast. A traditionalist he steadfastly is not. You might expect someone with such uninhibited access to this much priceless metal to travel by Lamborghini, Bentley or maybe even the rear seat of a Mercedes-Benz S-Class, but McCormack’s P38 Range Rover is emblematic of his extroverted disposition. You will recognise this car, in fact, if you have ever seen a poster for the 2004 British crime thriller Layer Cake, starring a youthful, pre-007 Daniel Craig.

McCormack wanted the real thing but, as he explains, “the car from the film was stolen and written off before they even finished wrapping, and they never bothered to build another one”. So when this bright-yellow example popped up for sale, already halfway to his dream specification, it was a done deal. “I went through the film, constantly pressing play and pause and printing off still images of each shot to get as many pictures as possible, and as far as I know it’s now true to form,” he says proudly, highlighting the grey interior, perfect bodywork (with colour-coded door frames) and just-right wheel paint.

The Range Rover admittedly isn’t the star of the show here, but it makes for a charismatic and suitably flashy (and no doubt achingly thirsty) daily runaround. It also helpfully serves as a pretty good metaphor for McCormack’s desire to lead the transformation of the petrolhead sphere into a fun, welcoming and diverse community.

“We wanted to create something for us, somewhere that we would want to go, a place for like-minded collectors and enthusiasts but not necessarily multimillionaires,” he says. “I’m proud that someone could turn up to one of our events in an Enzo or LaFerrari and park next to a bloke who has restored his grandad’s Mini from scratch. And there’s no pretence, no hierarchy: everyone is equal here, and it’s an enjoyable shared passion. It’s not an elite club.”

And, indeed, a cursory glance (you gawp, really) of the upper-level showroom is enough to ram home that diversity. A 2014 Lamborghini Aventador LP700-4 Roadster rubs shoulders with a comparatively staid (but none too common) E85 BMW Z4M; a Ferrari California and a Jaguar XK8 provide radically different takes on the V8 droptop cruiser formula; and nestled at the back, behind an enticingly solid and remarkably low-mileage Mercedes-Benz 190E, sits a retro speedboat resplendent in full John Player Special livery. It’s a veritable smorgasbord of bedroom-poster material for petrolheads of all means and walks of life, and that’s without mentioning the two contenders for our star of the show award: an ultra-rare 1963 Ferrari 330 America and a genuine E34 BMW M5 Touring.

It’s a collection that perfectly embodies a shift in demographic among enthusiasts over the past few years. “Across the scene now, you have people who have only ever collected Ferraris now suddenly buying things like that Clio Williams, because they wanted one when they were a kid, and others – maybe younger – who want a reliable, 40-year-old-plus ULEZ-beater,” McCormack explains.

He happily leads by example: one of the most recent additions to Duke’s own collection is a lowly 1.8-litre auto Mk3 Volkswagen Golf, decked out in full British Airways livery and fresh from conducting exterior tours of the first Concorde at the Brooklands Museum in Surrey. It’s a bit of harmless fun, and one that will no doubt attract more glances of admiration and adoration on the high street than a new Audi or Tesla.

But how much further can this market evolve? In just nine years’ time, engines will be absent from dealerships and, for all but a select few, that date could mark the end of the ‘future classic’ – the type of car that you can buy new and enjoy owning as it slowly, gracefully and lucratively cultivates collector status.

Electric cars lend themselves less readily to cultivating the same sort of cult appeal as their fuel-burning forebears. There’s no smell, no leaks to clear up, very little in the way of routine maintenance that the casual enthusiast can carry out at home and, perhaps most poignantly, as we’re reminded when the straight-six soundtrack of a Jaguar XK120 starts to thump up from downstairs, no charismatic noise to savour.

However, ever the opportunist, McCormack sees a bright future for Duke of London against a backdrop of wider automotive uncertainty and upheaval. “Now that petrol is coming to an end by way of new cars, it will ultimately shift demand upwards for classic stuff,” he reckons. He believes the ban was inevitable, and although “new cars don’t do anything” for him, he recognises that the end of burning fossils will be “globally beneficial”.

Despite the inevitable knock-on effect on the second-hand sector in the years to come, he says: “I’m so okay with it because it isn’t applicable to me. I’m not out there buying a new car on PCP every two years.” It will come as no small reassurance to Duke’s target market that, while the distant thunder of the M4 motorway will eventually fade as ICE cars become the norm, this small corner of London will stand for some time as a preserve of petrol-burners of all ages.

There’s a good chance that in 10 years’ time, the XK120 might make way for an I-Pace and the 911 could be swapped for a Taycan, but that such a venue can be established and expanded in these testing times suggests the enthusiast of the future will be well catered for, irrespective of their tastes and political leanings.

If the promise of engagement, character and covetability doesn’t tempt you into a used or classic car, perhaps the joys of joining a like-minded community will.

More motoring meeting places
Caffeine and Machine: With some of the UK’s best-loved driving roads on its doorstep, an equally enticing lunch menu and pleasingly uncontrived car-themed decor, this Warwickshire venue is already well-established as one of the best pit stops in the country. Even car makers now get in on the action, hosting launches and get-togethers in its festival-style garden wigwam.

Classic motoring hub: Claimed to be “the ultimate destination for classic motorists”, this former RAF base in the Cotswolds is a haven for fans and collectors. Its stock list contains much more eye-wateringly expensive metal than Duke of London’s but is no less diverse. Don’t fancy a 1938 Bugatti Type 57 Atalante Coupé? Perhaps you will be tempted by the 1965 TVR Trident prototype or a 1974 BMW 2002 Turbo.

Bicester Heritage: This is another ex-RAF base, but it’s one that serves as much as a symbol of British motoring’s future as one of its past. An enormous redevelopment will create Bicester Motion: a publicly accessible hub and showcase for British automotive development. However, the Heritage division will continue celebrating older cars with its casual Sunday Scramble events. 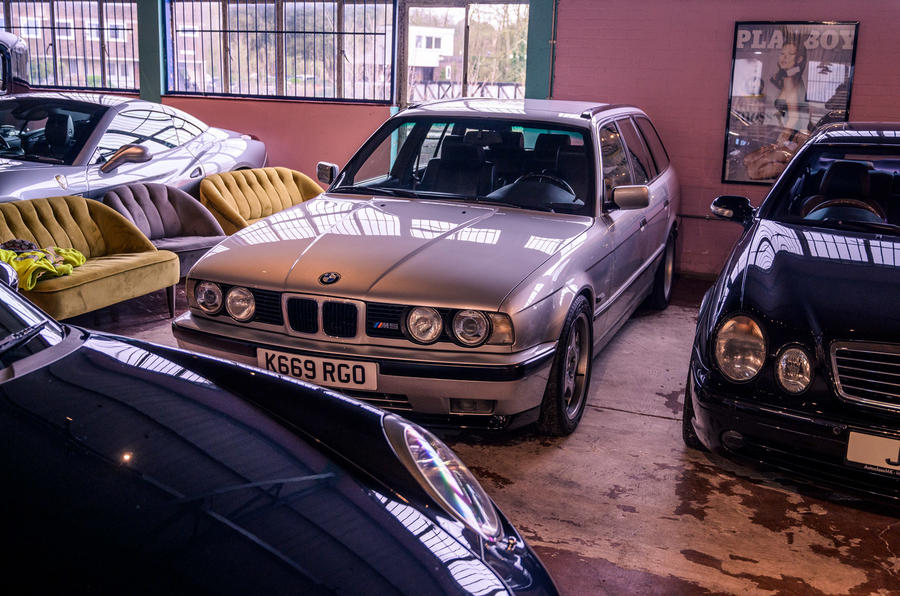 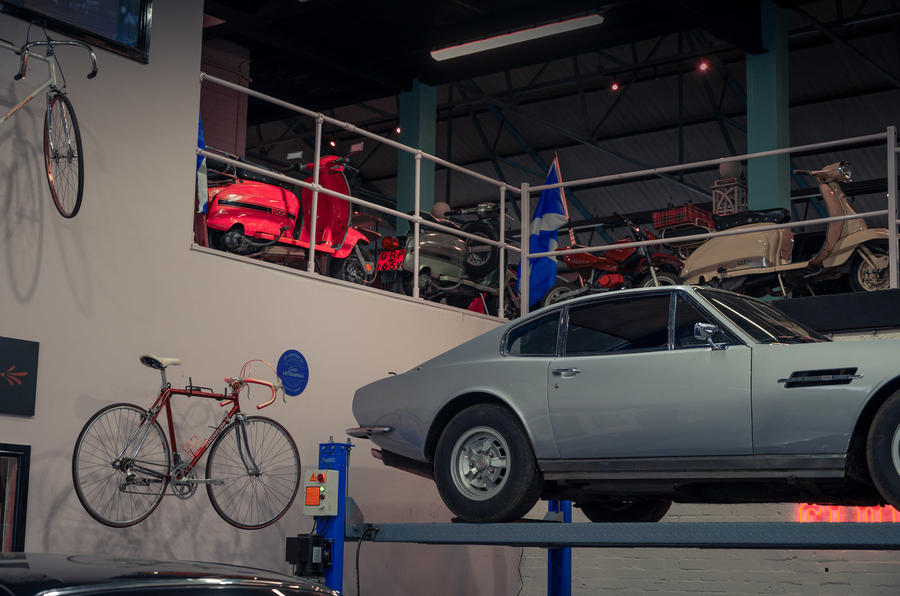 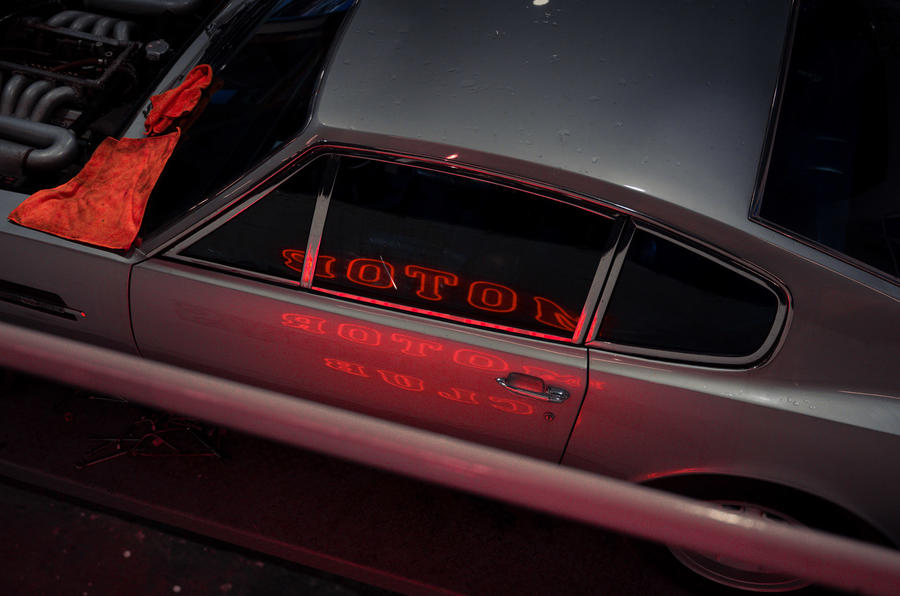 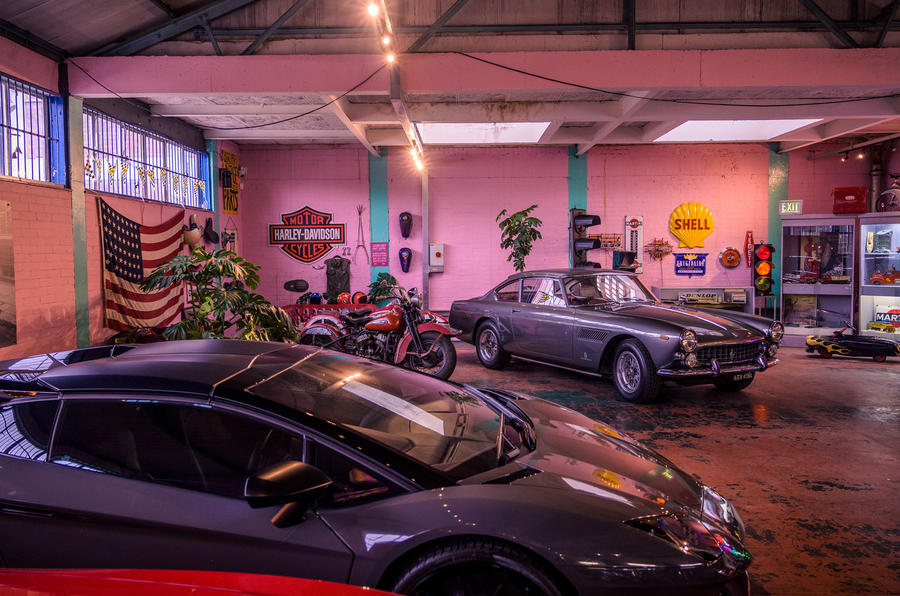 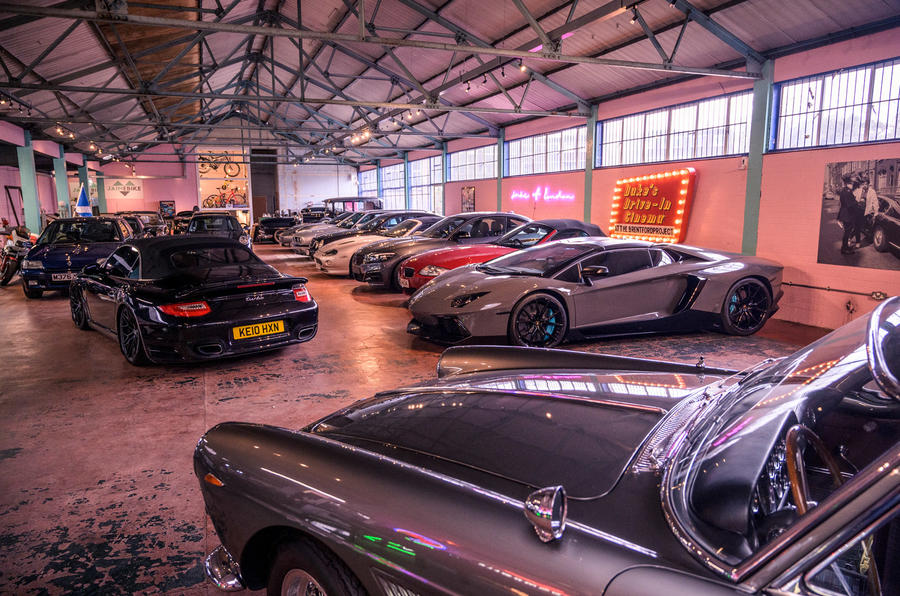