fordford mustangMercuryMercury CougarMercury Cougar XR-7
In 1964, both Ford and the Plymouth introduced America's first pony cars only a couple of weeks apart.

I am, of course, talking about the Mustang and the Barracuda, respectively. The former became an instant hit and sold more than a half-million units in 1965, prompting Chevrolet to roll out the Camaro as a competitor in 1966.

The Pontiac Firebird also arrived in early 1967, while the American Motors Corporation tackled the segment with the Javelin later that year. However, Ford didn't settle for just one pony car. Encouraged by the unexpected success of the Mustang, the company allowed the Lincoln-Mercury division to offer its own version of the pony. It arrived in September 1966 as the Mercury Cougar.

While it shared most body panels with the Mustang, the Cougar received its own front fascia in the form of an aggressive razor-type grille with hidden headlamps. Positioned between the Mustang and the Thunderbird, the Cougar was essentially a fancier pony car with a slightly longer wheelbase and V8 engine only (the Mustang came with an inline-six as standard).

While not as successful as its more affordable counterpart, the Cougar was met with great enthusiasm and moved 150,000 units in its first year. This encouraged Mercury to release limited-edition variants and counterparts for special Mustangs. The Cougar Eliminator, for instance, was created to showcase the Boss 302 engine in a Mercury.

And just like the Mustang, the Cougar grew larger in the early 1970s. The car was redesigned from the ground up for the 1971 model year when Mercury turned it into an even fancier two-door and aimed it at the Oldsmobile Cutlass Supreme. Mercury discontinued the Eliminator but retained the XR-7 trim and the optional GT package.

As for firepower, the Cougar came standard with a two-barrel 351-cubic-inch (5.8-liter) rated at 240 horsepower, but Mercury also offered a four-barrel version good for 285 horses. But the fact that the Eliminator was gone did not mean Mercury stopped offering high-power engines. In 1971, the Cougar was available with the massive 429-cubic-inch (7.0-liter) Cobra Jet V8.

Rated at 375 horsepower, it was Ford's most potent engine at the time. But because it was an expensive option in an era when high-performance cars were even more expensive to insure, the 429 made it in only a few Cougars that year. Specifically, only 448 units left the assembly line with the Cobra Jet option, which is less than 1% of the total 1971 Cougar production. And only 47 of them were convertibles. The metallic green example you see here is one of them and is rarer than hen's teeth.

While this unit is one-of-47 gems when it comes to drop-tops fitted with the 429CJ, it's one of only 14 equipped with the non ram air 429CJ and one of just five ordered with the four-speed manual. But wait, it gets even better. It's one of only two painted Dark Green Metallic and the only one that got the Ginger leather bucket seats. That's right, baby, there's not another Cougar XR-7 like this one out there.

As if that weren't impressive enough, this Cougar XR-7 is also a perfectly restored example that shines like new and still rocks a numbers-matching powerplant. And as you might have already guessed, it sounds quite incredible when the gas pedal goes down and the rev counter goes up. 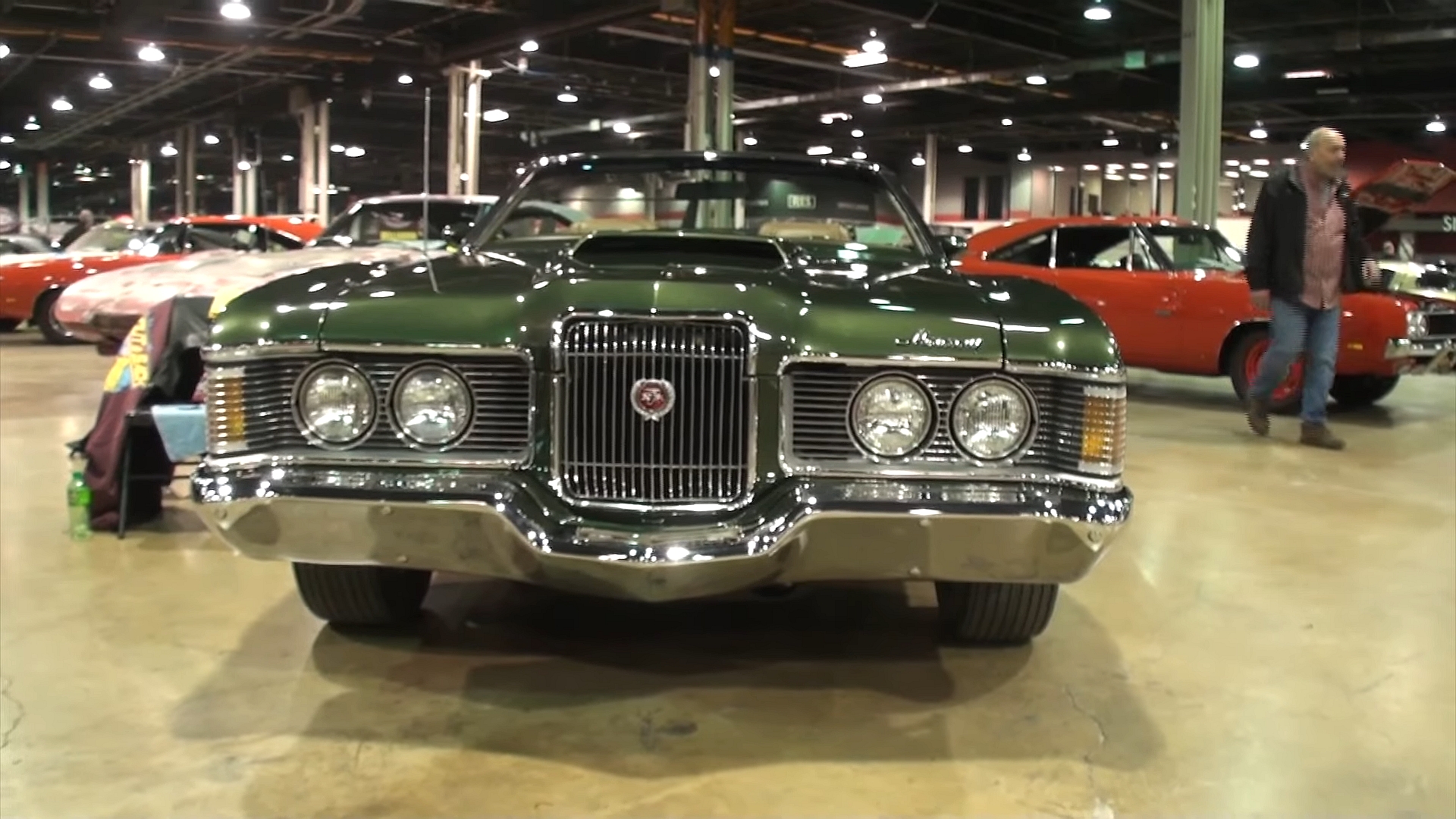 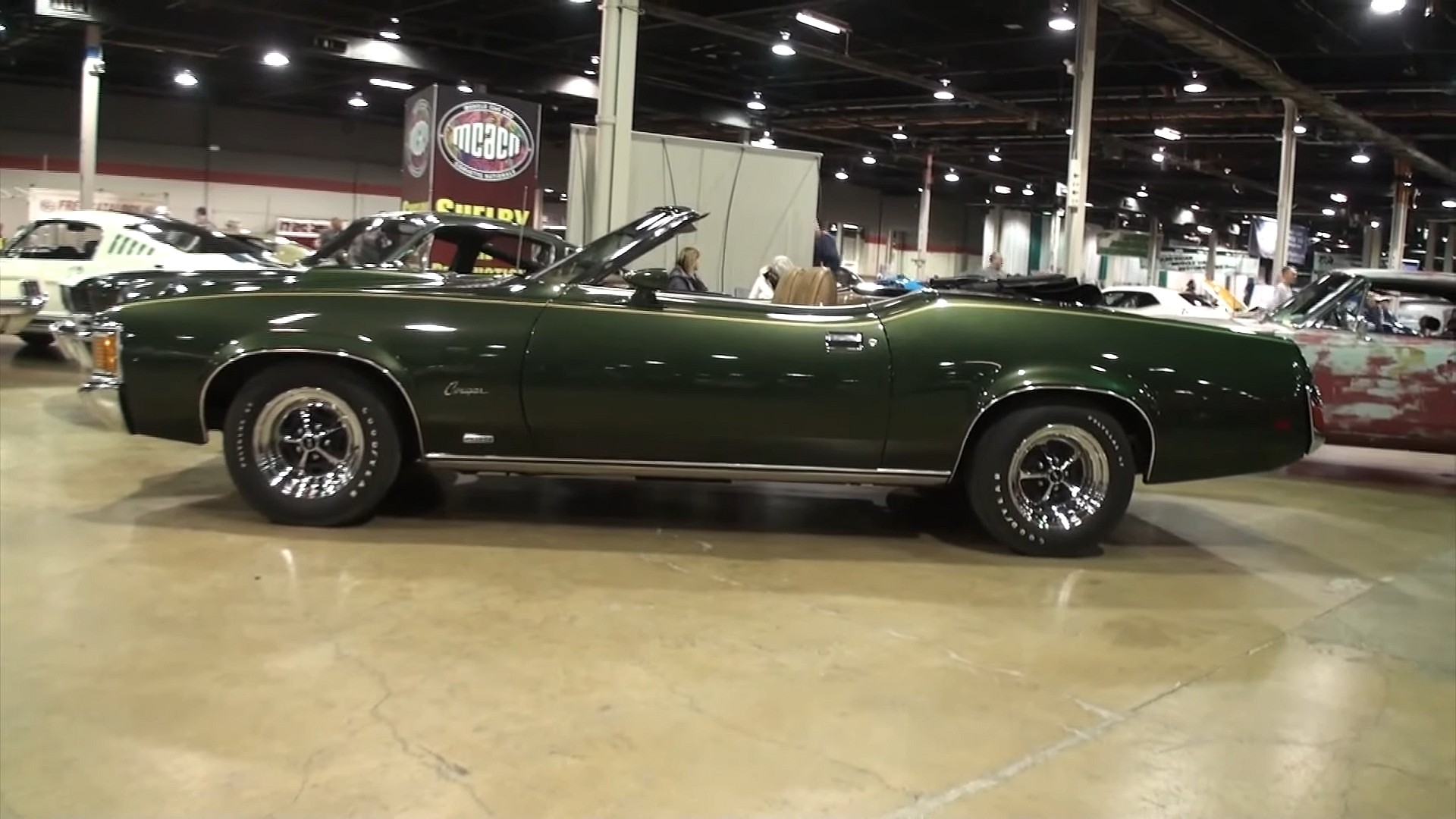