“It is recognised by all scientific men that, when the liquid fuel supply of the earth is used up, as it must be at no very distant day, though not in the time of any living now, alcohol will take its place,” we stated 110 years ago.

(Mind you, our call for Britain to investigate it as a new fuel for cars was prompted mainly by soaring petrol prices. Ah, plus ça change.)

Alcohol had already long been extracted from farmers’ crops for use as a fuel, primarily for lamps, and recently for farm machinery.

Some early cars could run on it as well. Germany and France were very keen, with the latter holding promising trials (pictured), as were Ford and General Motors in the US.

The benefits of alcohol were that it was renewable, it could be grown by any nation and didn’t ‘knock’ – a significant problem with petrol.

But it wasn’t alcohol that would be adopted as an additive to raise the octane rating of petrol but a chemical, discovered in 1921 by GM researchers, that had the same effect when used in smaller quantities and, it must be said, had the key advantage of being patentable: tetraethyllead.

This proved an environmental disaster that lasted for a century. And which substance is today increasingly being used as an additive in petrol to reduce its harm to our planet? That’s right… 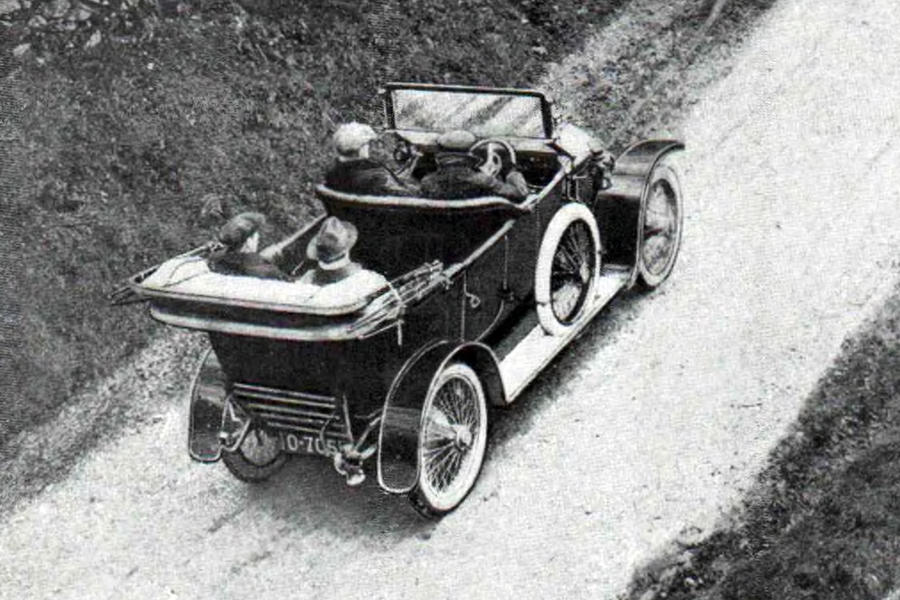 Whereas some countries imposed punitive taxes on foreign cars to protect their domestic industries, Britain allowed all comers, and we saw this as a positive. “They must spur our home manufacturers to put cars as good, as cheap and as showy on the road to compete with them, and we consumers score by this competition,” we reasoned.