What does your dream garage look like? What kind of bikes are inside? If one of those bikes is a vintage, bevel-drive Ducati single, we may have just the bike for you. This very nicely restored 1965 Ducati Mach 1 is currently up for auction in April, 2021, in Ontario, Canada, and the seller is willing to ship internationally if the winning bidder can work it out.

The seller says they came into possession of this bike in 2011, straight out of a long-term storage situation. Since that time, they’ve concentrated on restoring it to as much of its former glory as possible. The seller says they also worked with renowned Ducati singles expert Henry Hogben on several of his project bikes before he passed, so we’d imagine that probably helped quite a bit.

It’s powered by a 249cc, bevel-driven overhead cam, single-cylinder engine, and has a 29mm Dell’Orto SS1 carburetor on board. It made a claimed 28 horsepower when new. The rebuild included both a replacement piston and crankshaft, but the seller notes that they haven’t started the engine since the rebuild. They elaborate that it’s because they didn’t want to load a bunch of carbon into the combustion chamber only to leave the bike sitting, unused.

In any case, other important new items include installation of a replacement six-volt Safa battery, as well as a low-mounted right-side chrome exhaust tipped with a Silentium slip-on. Incidentally, this bike features a right-side shifter that uses a one-up, four-down pattern. Part of the rebuild involved a full rebuild of the fork-mounted Veglia competition tachometer via an Australian specialist, as well as installation of an Aprilia high/low beam and horn switch, as well as a Tommaselli Super-Pratic throttle.

Those wire-spoke 18-inch Baruzzo wheels come wrapped in 50-year-old Pirelli rubber, but it’s not just any ancient tires. Apparently, these tires were kept swaddled in their factory wrappings, in the dark, away from sunlight prior to their installation, according to the seller. As you can see, plenty of hard work went into restoring this gleaming piece of motorcycle history, from careful restoration of the seat to that understated and extremely appropriate paint job.

It comes with a Ducati tool kit (!), a spare megaphone exhaust, an owner’s manual and sales brochure, and a completely transferrable Ontario vehicle registration in the seller’s name. This Bring A Trailer auction ends on Tuesday, April 27, 2021. At the time of writing, the bid is up to $5,500. 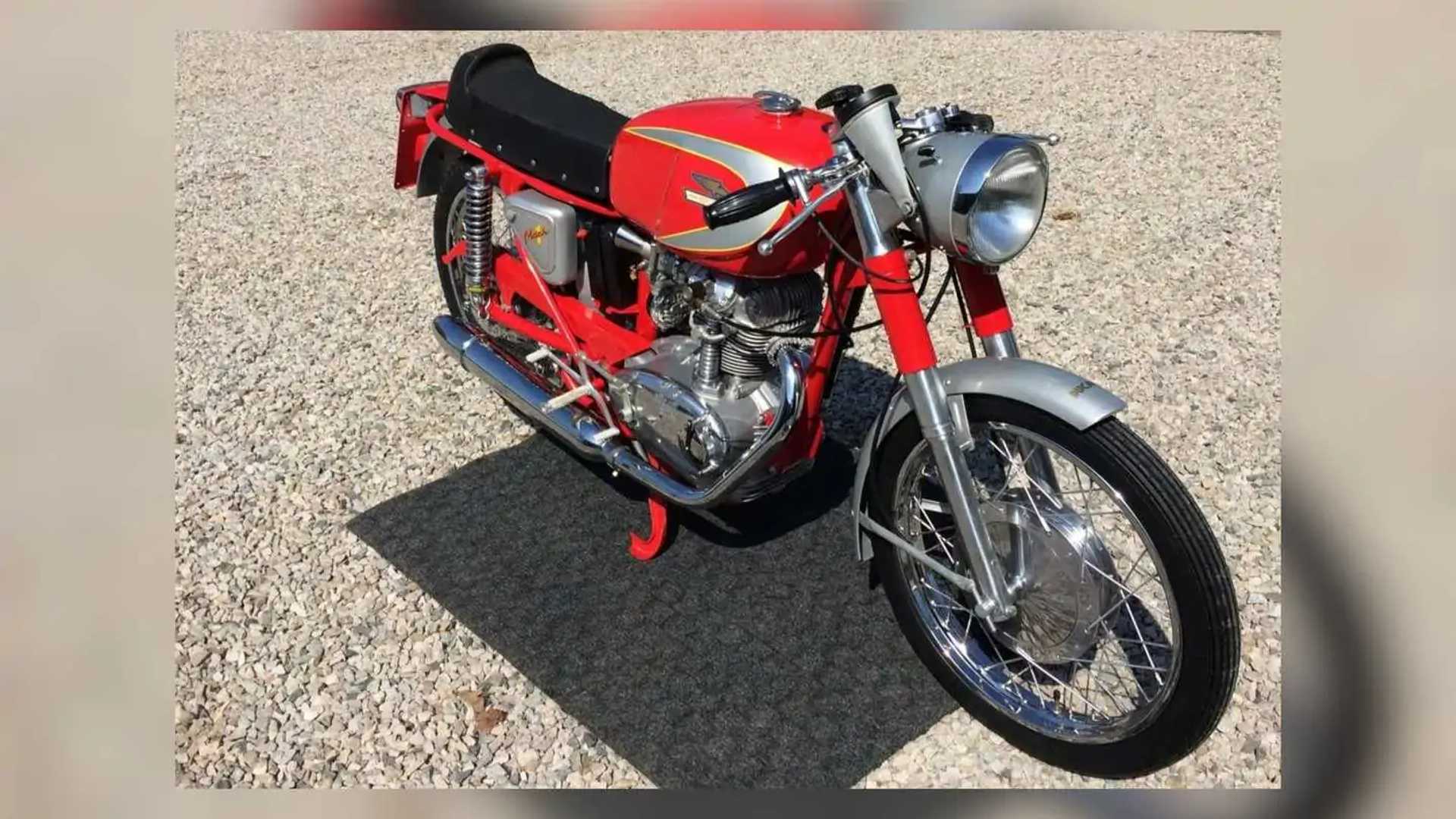