LamborghiniLamborghini MiuraLamborghini Miura Jota
Lamborghini built just one Miura Jota, and that was totaled one year after it left the factory grounds. Still, the idea of having a replica didn't bother some deep-pocket owners. So, they transformed an original Miura S into a J-specific version.

Over time we saw many tribute vehicles, but most of them were built in the U.S., and their owners tried to recreate classic muscle cars heroes such as the COPO Camaro or Plum Crazy Challengers. But it's unusual to see a reworked Lamborghini become an even scarcer Lamborghini, such as this Miura, which received a JOTA treatment.

Make no mistake! Transforming a vehicle into another version of it might be cheap, and you'll see that from a mile or with painstaking attention to detail and not know it, even if you'll study it with a microscope. I don't say that this former Miura S cannot be distinguished from a Miura Jota, but the difference just makes it more comfortable and a better car to live with.

But let's start with the introduction of the Miura Jota. In the mid-60s, Lamborghini engineers created a vehicle like no other. They put the engine in the middle of the car, and thus they made the first true supercar in the world. A 22-year-old designer named Marcello Ghandini penned the vehicle with aerodynamic shapes. At first, Ferruccio Lamborghini didn't agree with it because he thought cars should have the engine at the front (that's why he never liked Porsche). Still, the American racing driver and engineer Bob Wallace proved him wrong when he demonstrated the Miura's outstanding performances.

So, in 1966, the car was unveiled in March at the Geneva Motor Show in Switzerland. It wasn't only a work of art and a beauty on wheels, but when the production model came out, it proved to be a demon on the track as well. Bob Wallace considered that the car deserved a place on the podiums in races. So, he took the FIA's rules book and started working on a special version of the Miura, which was officially ready in 1970. It was nicknamed P400 Jota, and unfortunately, there was just one built. To make things even worse, the car burned in 1971 after a crash near Brescia in Italy.

To become a proper race car, the Jota had to go through an extreme diet, losing about 800 lbs (363 kg) compared to the regular Miura. Bob Wallace was the mastermind behind this procedure. He replaced many steel panels with aluminum ones, the side windows with plastic, and ditched the pop-up headlights system. Moreover, he stripped the car's interior and left it only with what it needed to run and comply with Appendix-J.

He also focused on the chassis, which was lightened, suspensions that were better suited for race tracks, and the engine. The latter not only that it received a bump in power (allegedly up to 440 hp), but its red-line was raised above 9,000 rpm. Remember, folks, we are talking about a 3.9-liter V12 powerplant built by Lamborghini in the late '60s. In the end, the car was painted orange, and it could surely take on any other production car on the planet. Moreover, with its 4.1-second time from 0 to 100 kph (0-62 mph), it was quicker than anything else that could bear license plates.

Fortunately, the legendary car lived on with the introduction of the SV/J, which sported a few modifications compared to the regular Miura. But few customers dreamed about the Jota version. So, since they couldn't get it, they made it. And that's exactly what you see here: a tribute to the vehicle built to meet the Appendix-J specifications. And one of the previous owners of this magnificent orange vehicle spent more than 430,000 Euro ($467,300) starting from an original Miura S.

The makeover included a 380 PS (375 hp) engine from a Miura SV (Super Veloce) but kept the factory-installed AC-unit from the S-version. That's something the Jota didn't have, but it can make a track day more pleasant. Its Arancio Miura (Orange Miura) is exactly the same as the original one.

This Miura spent most of its life in Japan, which was modified between 2006 and 2013, and by 2014 it reached Sweden as a temporary home before being sold to a private collection in the UK. In 2022 it was serviced by a specialized Lamborghini center in Birmingham, so the next owner could enjoy it from day one since it's available for sale.

It doesn't matter if a Lamborghini purist might get infuriated due to the transformation. All it matter is that someone paid a steep price for something that became a legend in the automotive world. An unusual legend built by an American engineer and race driver against the will of the mighty Ferrucio Lamborghini. And someone might even enjoy it properly. Not by keeping it in their garage but by driving it hard on a race track. 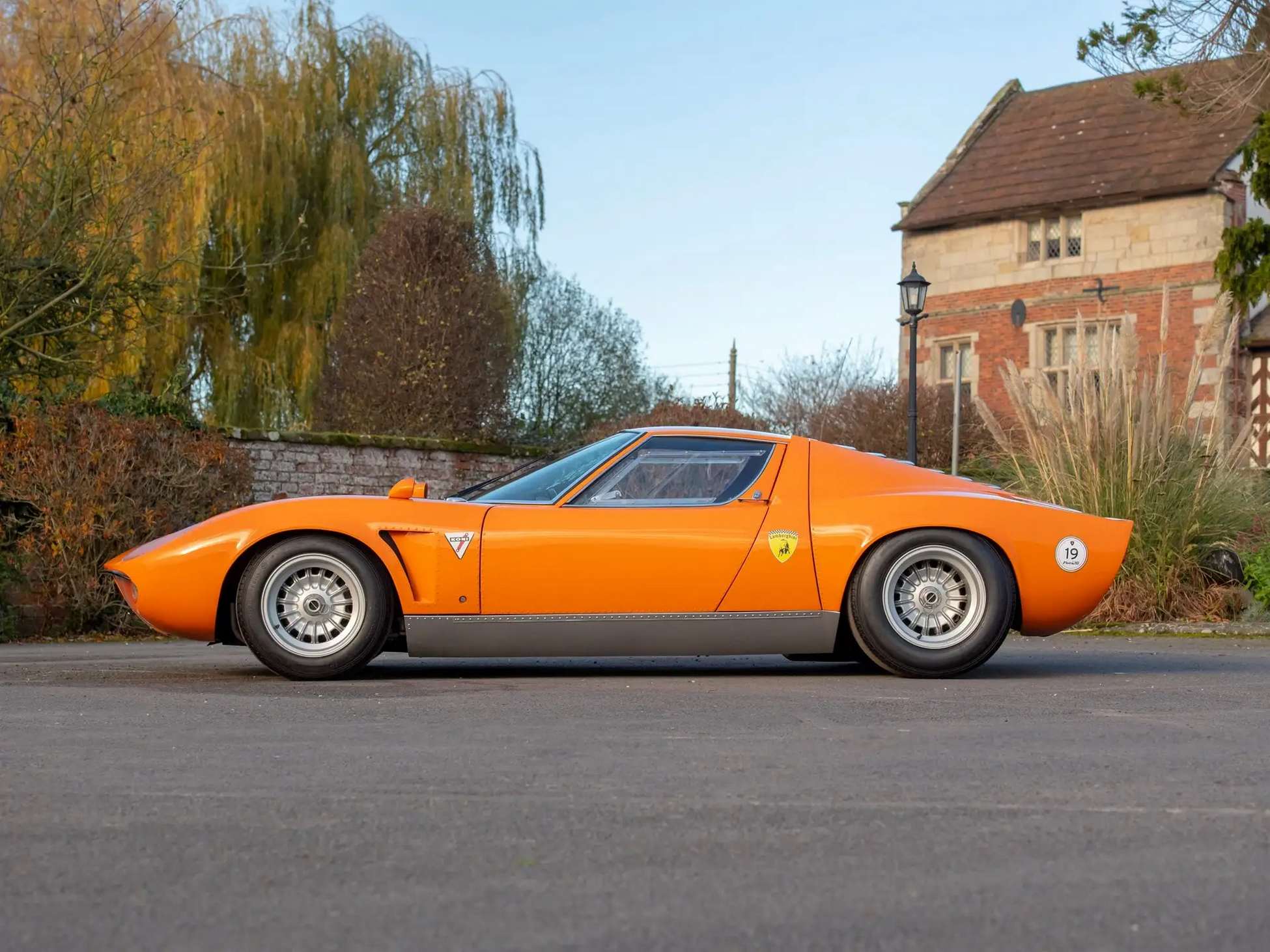 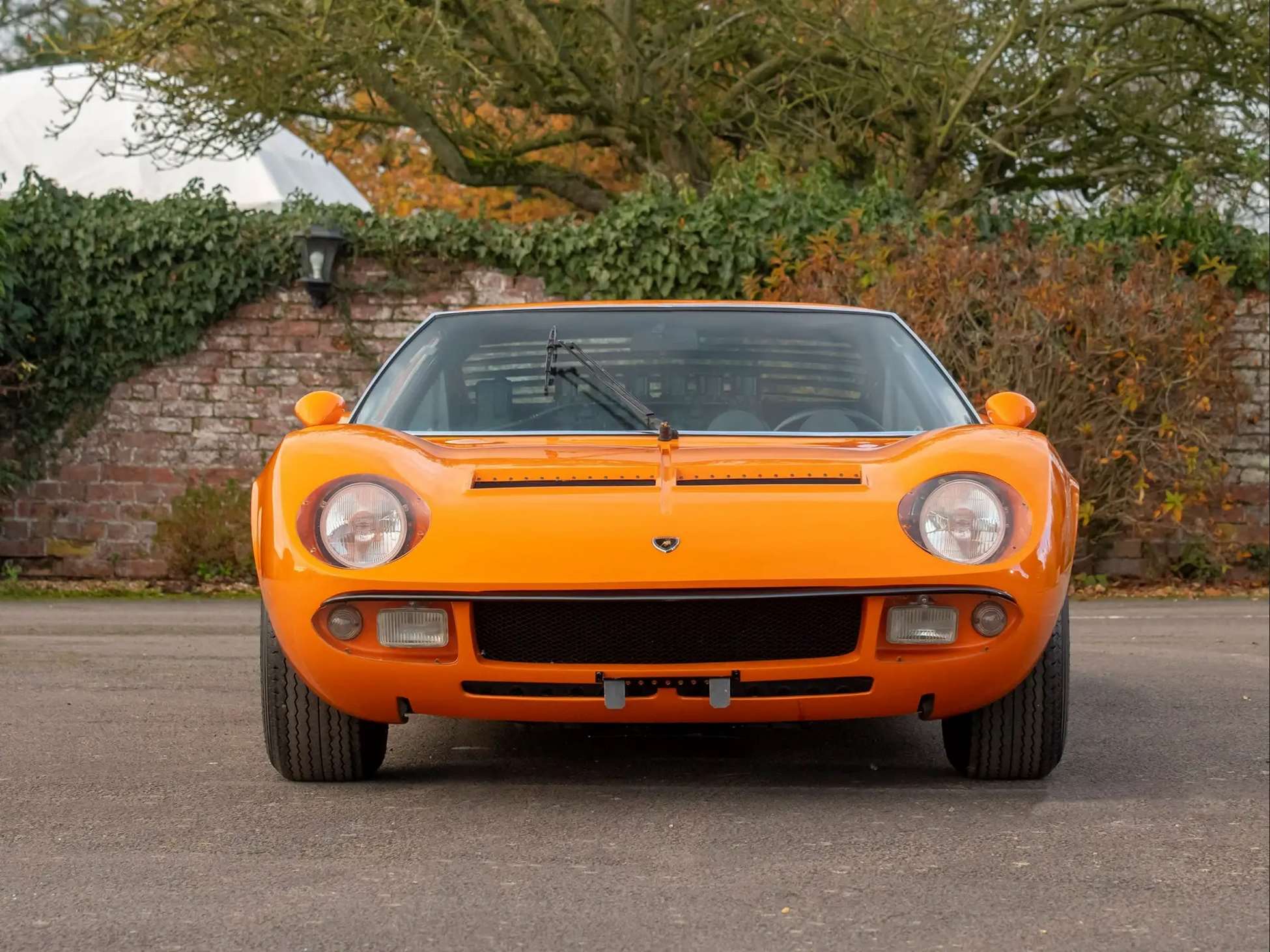 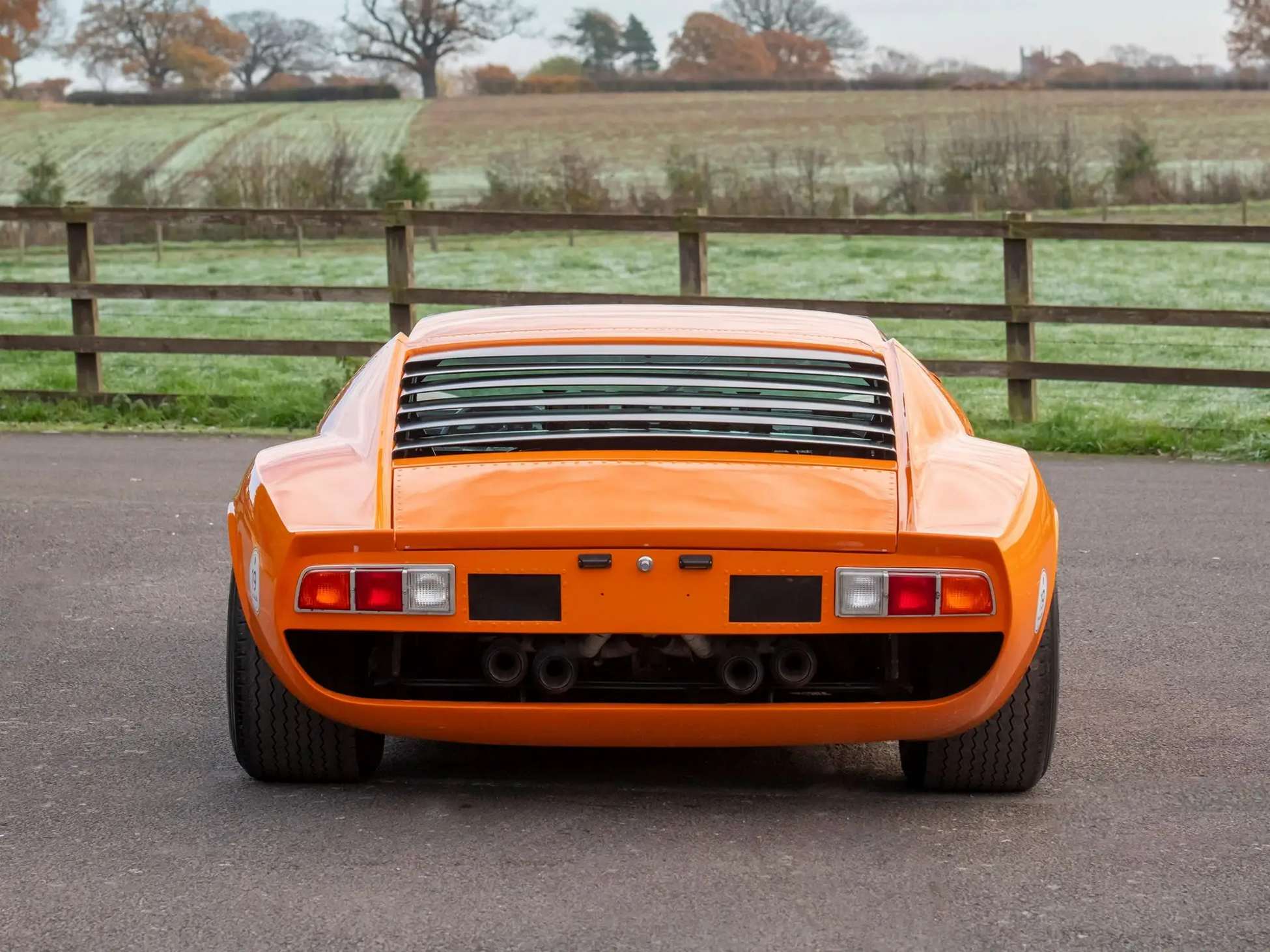 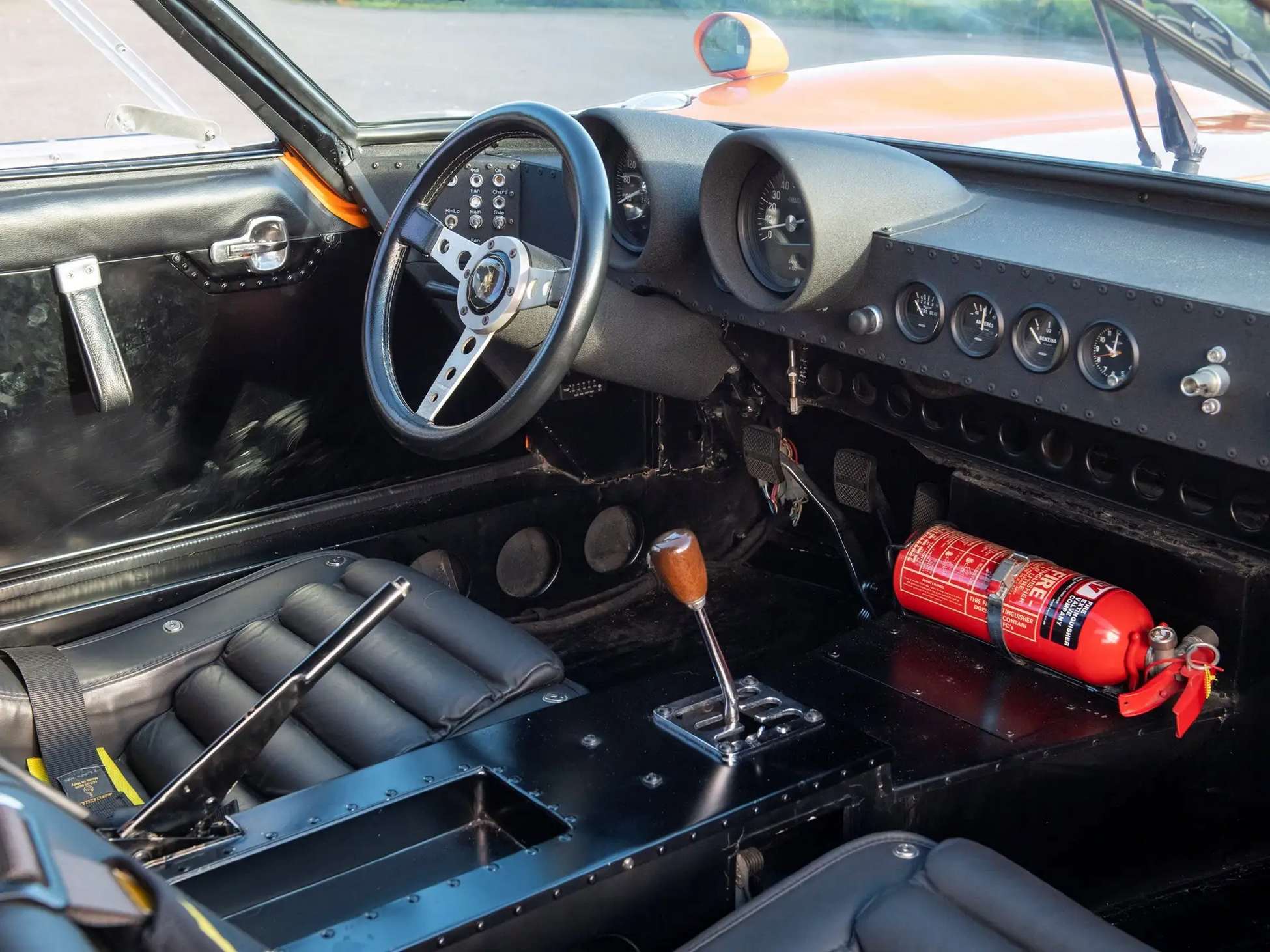 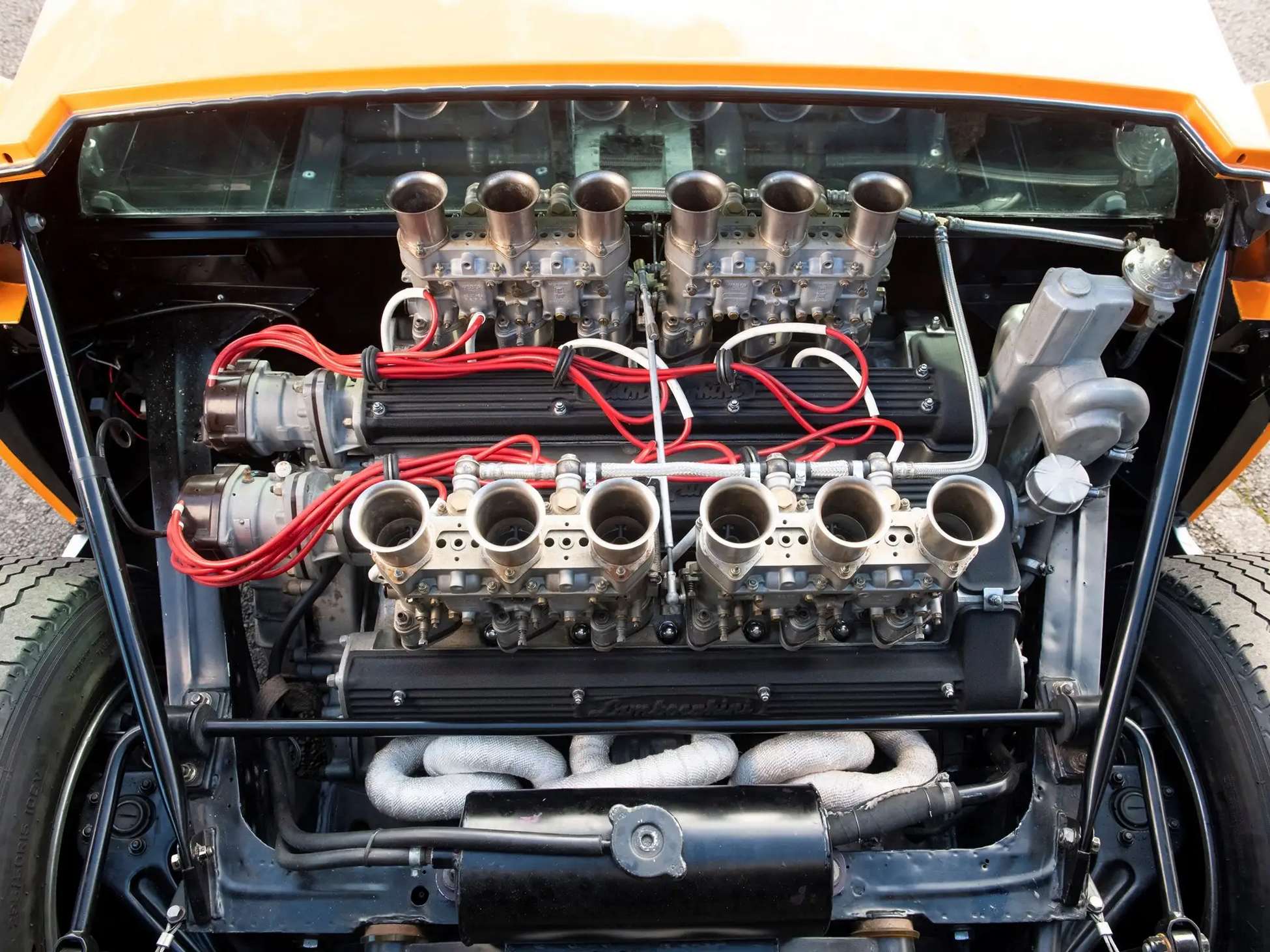