People shouldn’t look back in anger towards some of the ugly duckling pony car designs of the 1970s just because of easy examples such as the second-generation Mustang or this final-year 1974 AMC Javelin AMX.

They had their merits – the Mustang II had its sales success, while the Javelin had its racing connection to the Trans-Am series, among others.

Anyone who is on the lookout for a classic pony car from the 1970s and wants to stand out in a crowd should definitely check out this '74 AMC Javelin AMX with very few miles on the odometer (granted, there's a TMU note attached to the 4,000-mile reading) that popped up for sale on Bring a Trailer.

It was manufactured at American Motors Corporation' Kenosha, Wisconsin, plant and comes from the final year of production. The current seller entered in the possession of the car way back in 1991.

With three decades at one's disposal, it's no wonder the Javelin has gone through a number of modifications over the years. Chief among them is the addition of a replacement 406-cu in (6.65-liter) V8 engine to bode well with said Trans-Am connection.

The power is routed through a three-speed automatic transmission featuring an aftermarket overdrive unit and a limited-slip differential attached to the rear end. That's not all, folks, because the engine also features a Holley fuel unit. In addition, the AMX rides on an adjustable front suspension, has front and rear disc brakes, and even comes with its own Mark Donahue Trophy (won back in 2001, though).

Because we need to further detail the ugly duckling reference, this '74 AMC doesn't feature the original paint (we're not sure if the shade was up for a Black Swan joke, though), as it was repainted in a "Snow White" color while being refurbished (the seller says there is ample documentation from the process).

As far as the interior is concerned, the cockpit view certainly ranks as one of the biggest drawbacks for this odd pony car. The vehicle is offered in a "factory-style" green cabin atmosphere, but that's just the tip of the iceberg. For us, the most important bit found inside is the custom-built instrument cluster assembly equipped with replacement AutoMeter gauges. 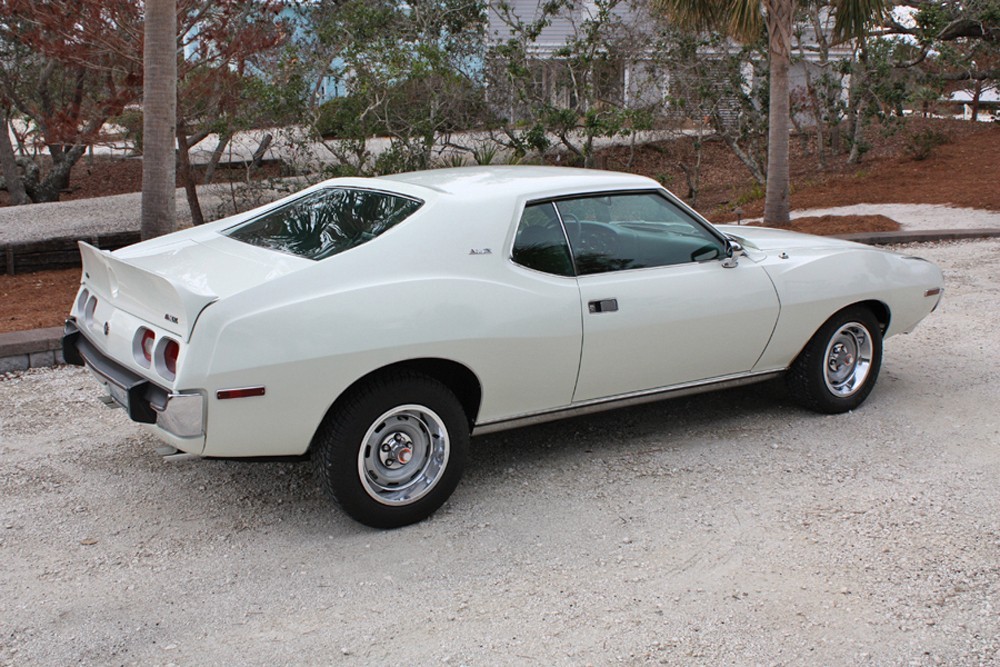 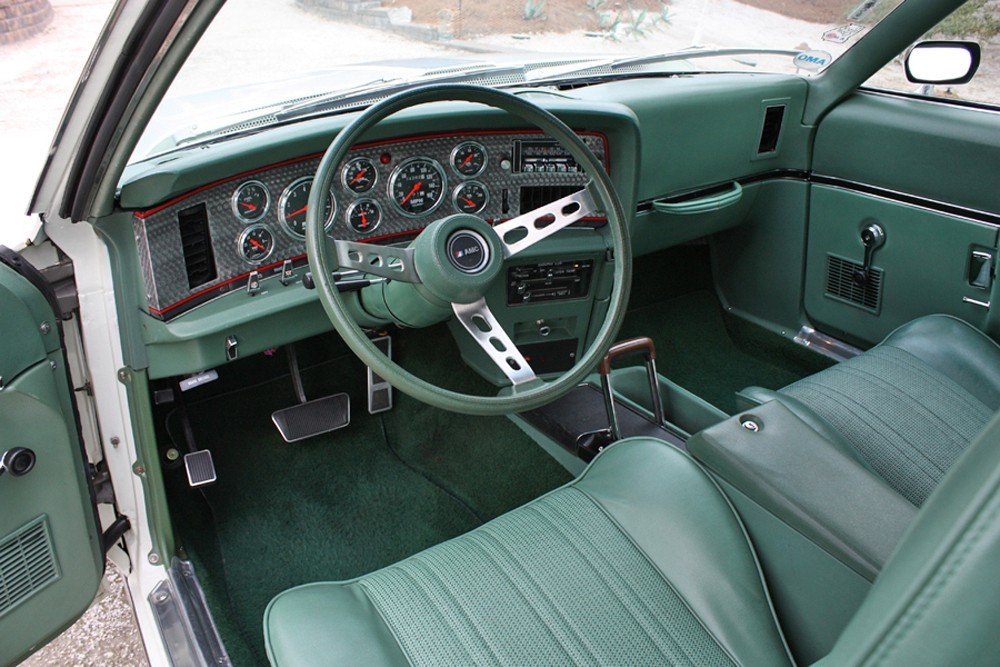