JAMES BOND CARMoke
This is the affordable Bond car you can buy.

James Bond is famous for driving Aston Martins and other high-end vehicles, but the film franchise has had the secret agent behind the wheel of a variety of cars. The Moke is one of those vehicles, which has appeared in four Bond films, and the company is now offering a special 60th-anniversary edition model.

The 60 Years of Bond Moke, the second official 007 Moke designed in partnership with EON Productions, sports several unique touches. The first Bond-branded Moke debuted in January 2021, inspired by the Moke in Live and Let Die.

The bare-bones runabout includes the basics, such as a backup camera and Bluetooth radio. The Moke gets its motivation from an all-electric powertrain, but it won’t be keeping up with Tesla. It has a 40-mile (64-kilometer) range and a 25-mile-per-hour (40-kilometer per hour) top speed.

There’s no shortage of James Bond-themed vehicles, many of which have graced the silver screen alongside the various actors that have portrayed the iconic character. Land Rover introduced the 60th anniversary James Bond Defender in March. In 2020, Aston launched special 007 Edition models, too.

After failing to conquer the military market, the Moke found its way to fame in the early 1960s. It made a splash on TVs and movie screens, becoming a popular beach buggy in the late 1960s and 1970s. Production ended in 1992, but the Moke returned in 2017 thanks to Moke America.

Every Moke is custom built to order, and delivery takes approximately 160 days. The 60 Years of Bond Moke costs $28,975. The Moke has appeared in You Only Live Twice, Live and Let Die, The Spy Who Loved Me, and Moonraker. The Moke might not be as flashy as the Aston Martins Bond gets to drive, but the Moke is a franchise icon, too, that deserves all the love it can get. 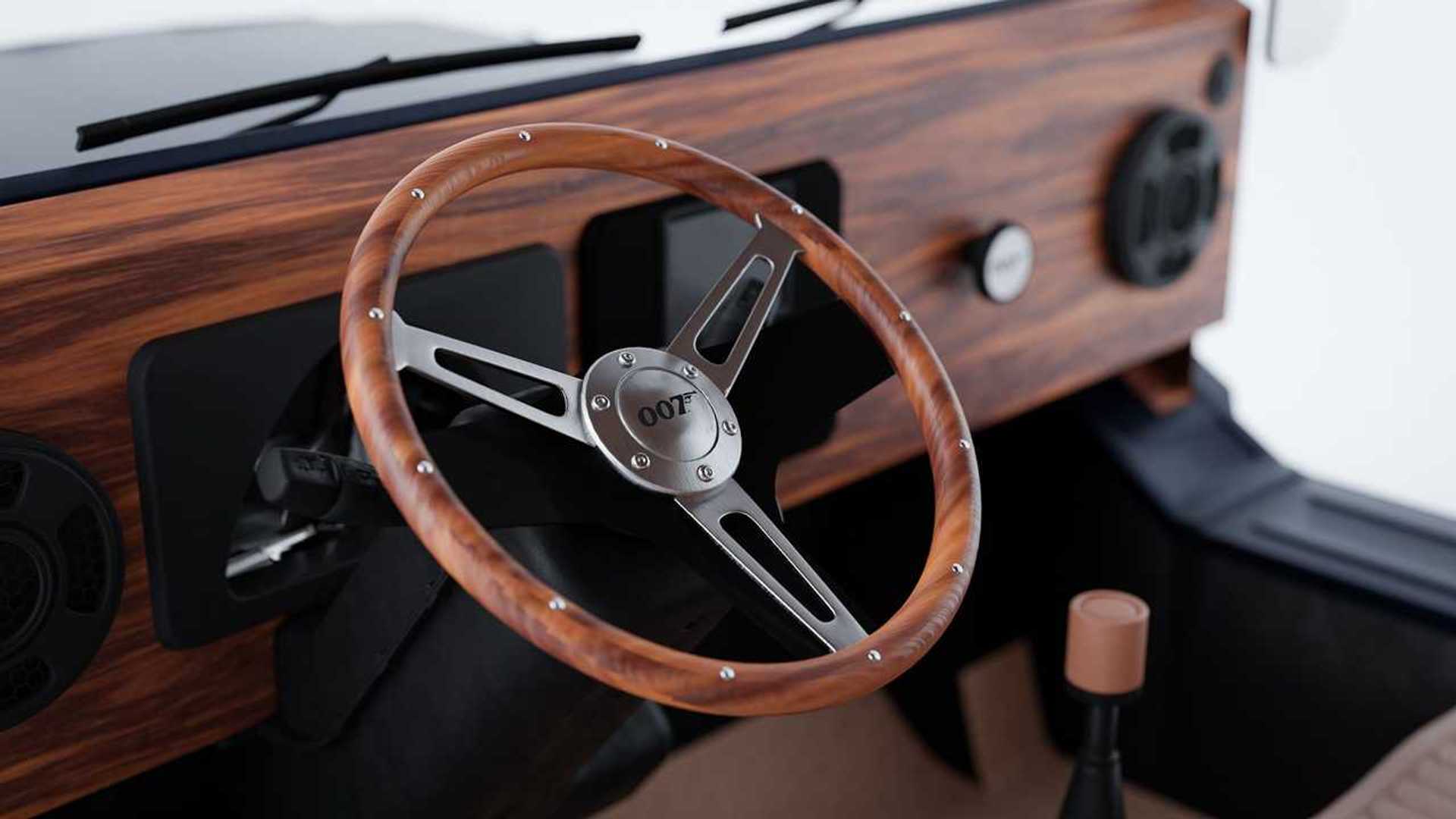