Rare 1974 Bricklin SV-1 Has Been Abandoned in a Barn, Gets First Wash in 24 Years However, Malcolm Bricklin's sports car debuted a few innovative safety features and was compared, at the time of its release, to the Chevrolet Corvette. Come 2021, and the SV-1 is a rare classic. And also an unlikely barn find.

There are no records as to how many cars were built, but it's believed that Bricklin put together fewer than 3,000 examples. Some sources mention fewer than 2,500 units. What we do know for a fact is that almost half of them were destroyed and abandoned, with fewer than 1,700 still in existence today. And some of them are still hidden in barns and garages.

This SunTan-painted example is one of them. And while it's still with its original owner, it hasn't been moved from its resting place in a whopping 24 years. Not surprisingly, the car was covered in a thick layer of dust and bird poop. To make things worse, the owner left one door open, so the interior and the engine compartment were infested by rats.

Luckily enough, the folks over at AMMO NYC stepped in to give the SV-1 a makeover and bring it back to life. And the results were impressive. The tan paint shines again, while the interior looks almost as good as new. The V8 engine no longer runs, but hopefully, the owner will solve that issue and put the SV-1 back on the road soon.

Developed by Malcolm Bricklin, the guy who created Subaru of America and imported the ill-fated Yugo to the U.S., the SV-1 was a rather strange car for its time. Most because it featured a composite body of color-impregnated acrylic resin bonded to fiberglass. It was also one of the first cars to feature gull-wing doors after the Mercedes-Benz 300 SL pioneered the idea in the 1950s.

Bricklin also designed the car with an emphasis on safety and features such as an integrated roll-over structure and energy-absorbing bumpers.

The SV-1, which was an abbreviation for "safety vehicle one," was sold with a pair of V8 engines. Bricklin initially fitted a 360-cubic-inch (5.9-liter) AMC under the hood but swapped it for a 351-cubic-inch (5.8-liter) Ford Windsor unit in 1975. These mills were rated at 220 and 175 horsepower, respectively. 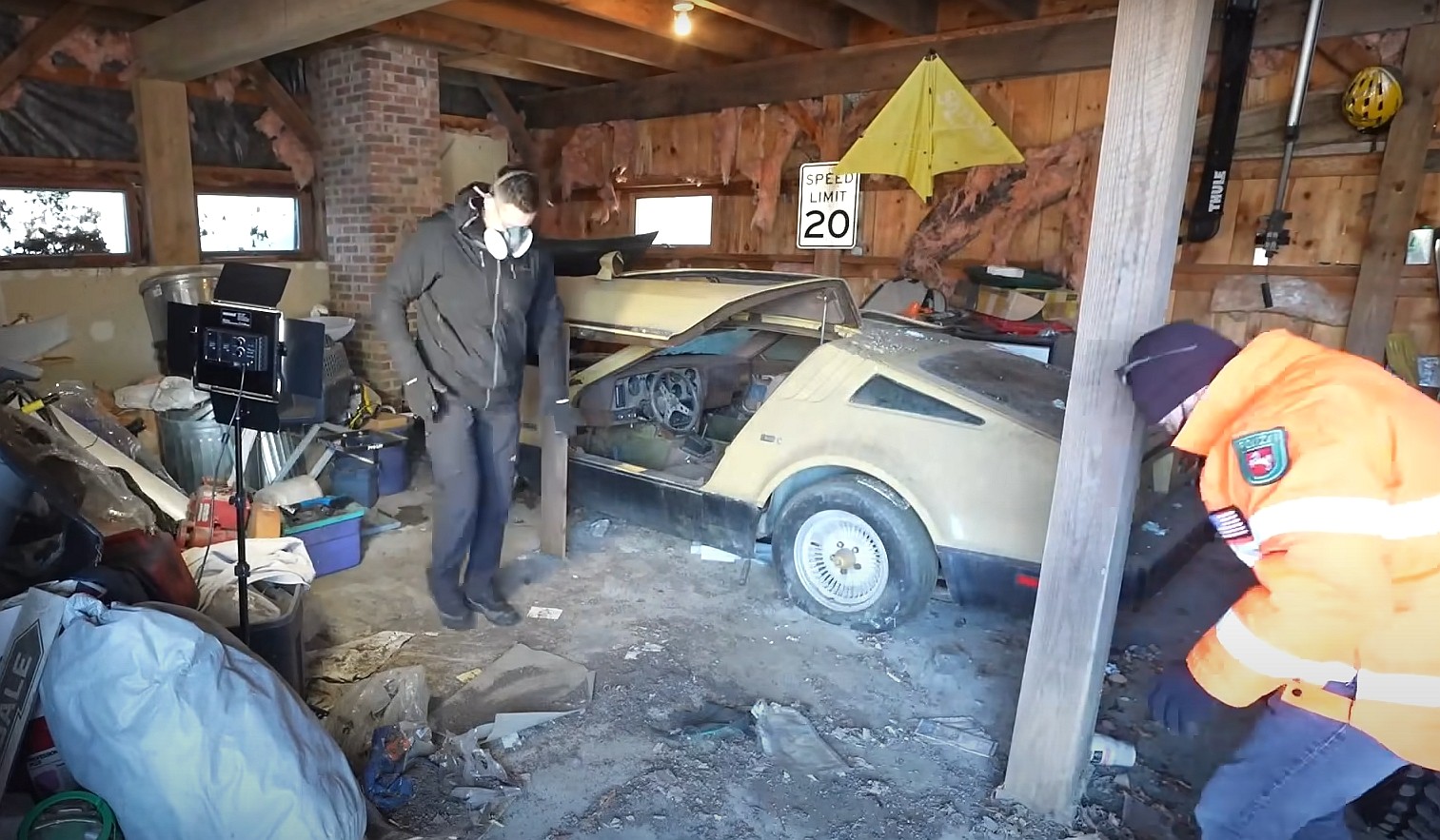 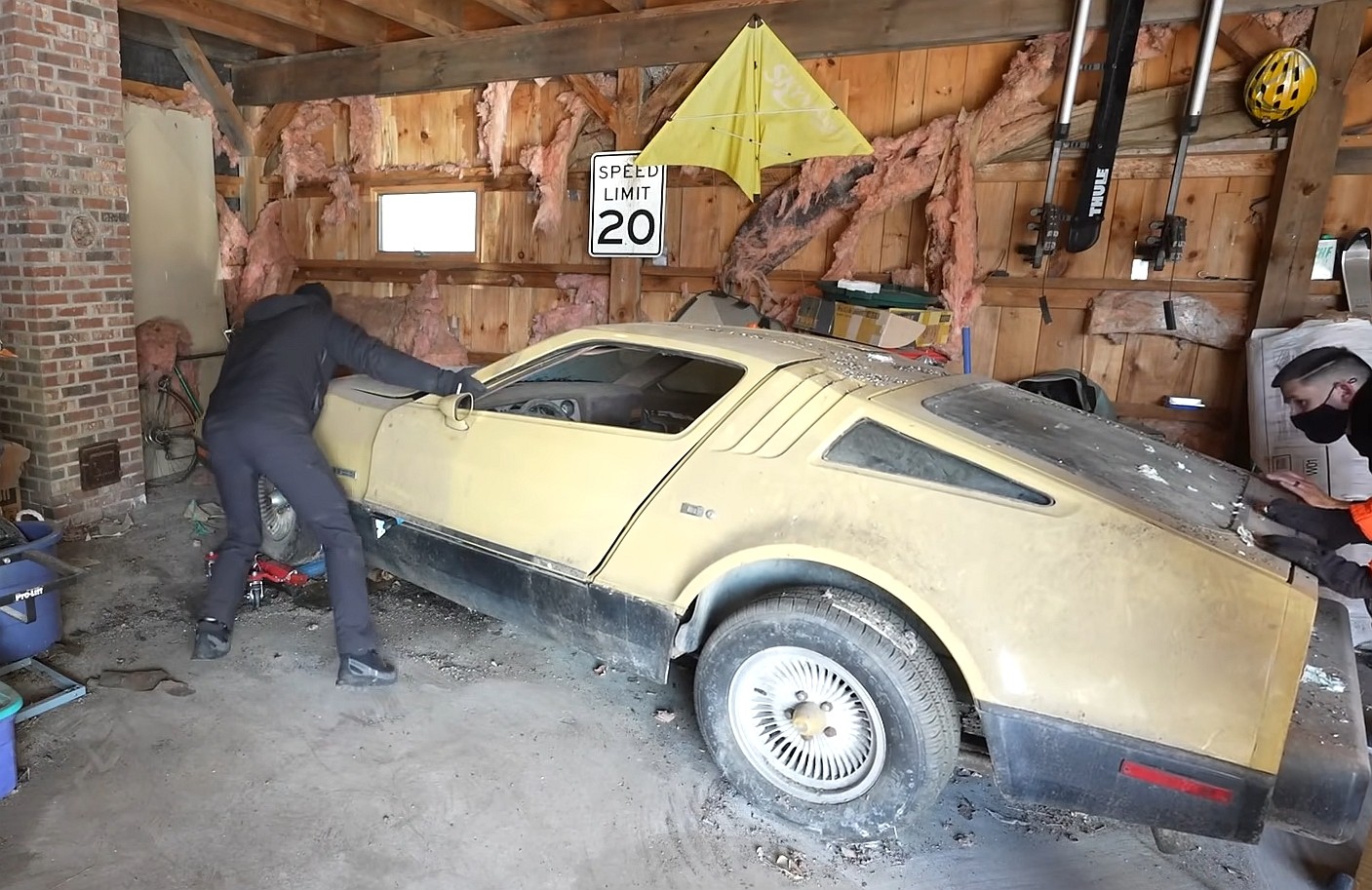 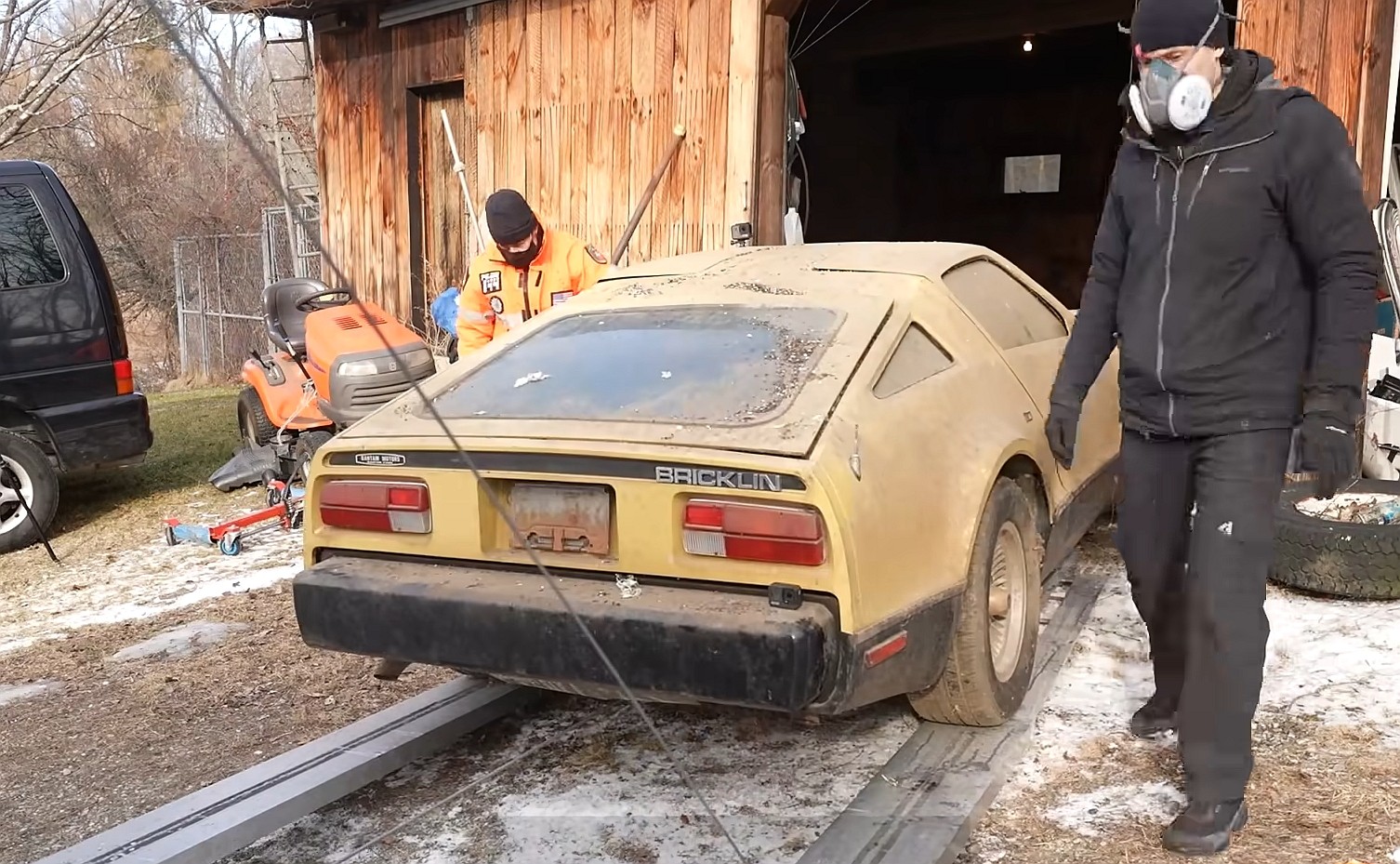