chevroletchevrolet corvette
Introduced in 1963 and built until 1967, the second-generation Chevrolet Corvette is the shortest-lived iteration of the American sports car. But that's not the only thing that sets it apart from the rest.

Inspired by the 1959 Sting Ray concept, the C2 is also regarded as the most beautiful Corvette ever made. It's also the only generation that got a split rear window (a one-year feature for 1963) and the one that spawned the Grand Sport, now one of the rarest and most coveted Corvette classics.

But the C2 also marked the end of the line for early fuel-injected Corvettes. First introduced in 1957, fuel injection was carried over onto the second generation, but was discontinued after 1965. And it did not return until 1982. These early fuel-injected 'Vettes are commonly known as fuelies and are also quite rare.

The Rally Red drop-top you see here is one of the last C2 Corvettes fitted with a fuel injection system and one of only a few that were restored to Concours-winning condition. And of course, it's one of those rare C2s you don't see every day.

Yes, the 1965 Corvette is far from scarce overall, with 23,562 units built, but significantly fewer than them left the factory with a fuel injection system. Records show that only 771 were fuelies, but that number drops even more if we take other features into account.

There's no official breakdown on how many of them were four-speed convertibles finished in red, but we can use a bit of math to figure out an approximate number. For instance, we know that about 65% of 1965 Corvettes were ordered with retractable tops. This means that Chevrolet built about 500 fuelies in this body style.

We also know that only 3,688 cars were ordered with a Rally Red exterior, which is 15.6% of total production for 1965. Assuming this percentage remains similar for drop-tops and fuelies, we got 78 Rally Red examples with fuel injection. But even if it's not accurate, which is likely, we're still looking at one of fewer than 100 cars built.

Of course, the numbers would go even lower when factoring in other features, like the manual transmission and the red interior, but "fewer than 100" is rare enough for me. Especially when the car looks perfect inside and out and the engine is so clean you could eat off it.

If you're nuts about fuelies and red-on-red classics (yes, the 1955-to-1957 Chevy Bel Air was also available in this combo), hit the play button below to get a closer look at this 'Vette. It includes in-car driving footage as well. 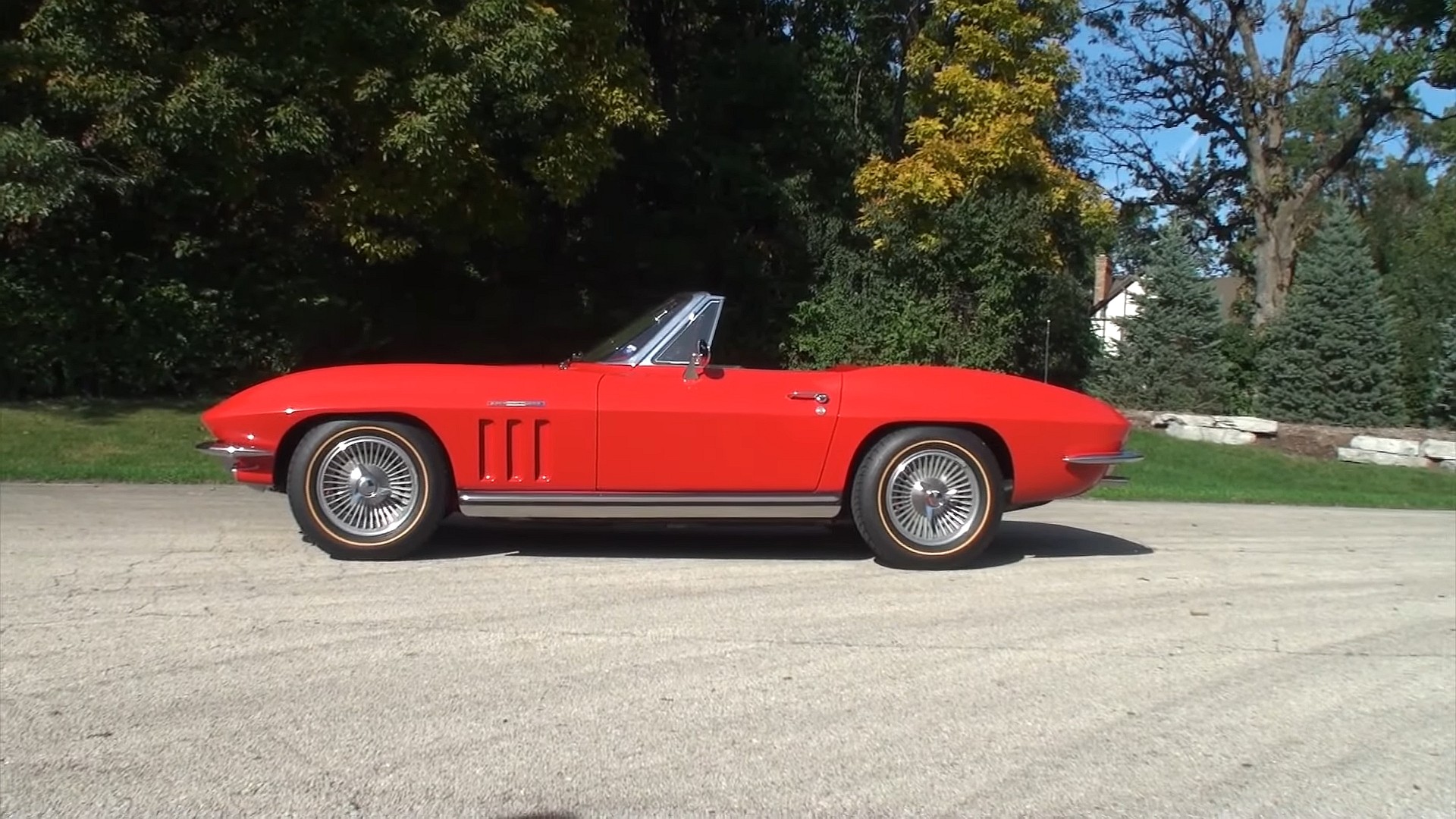 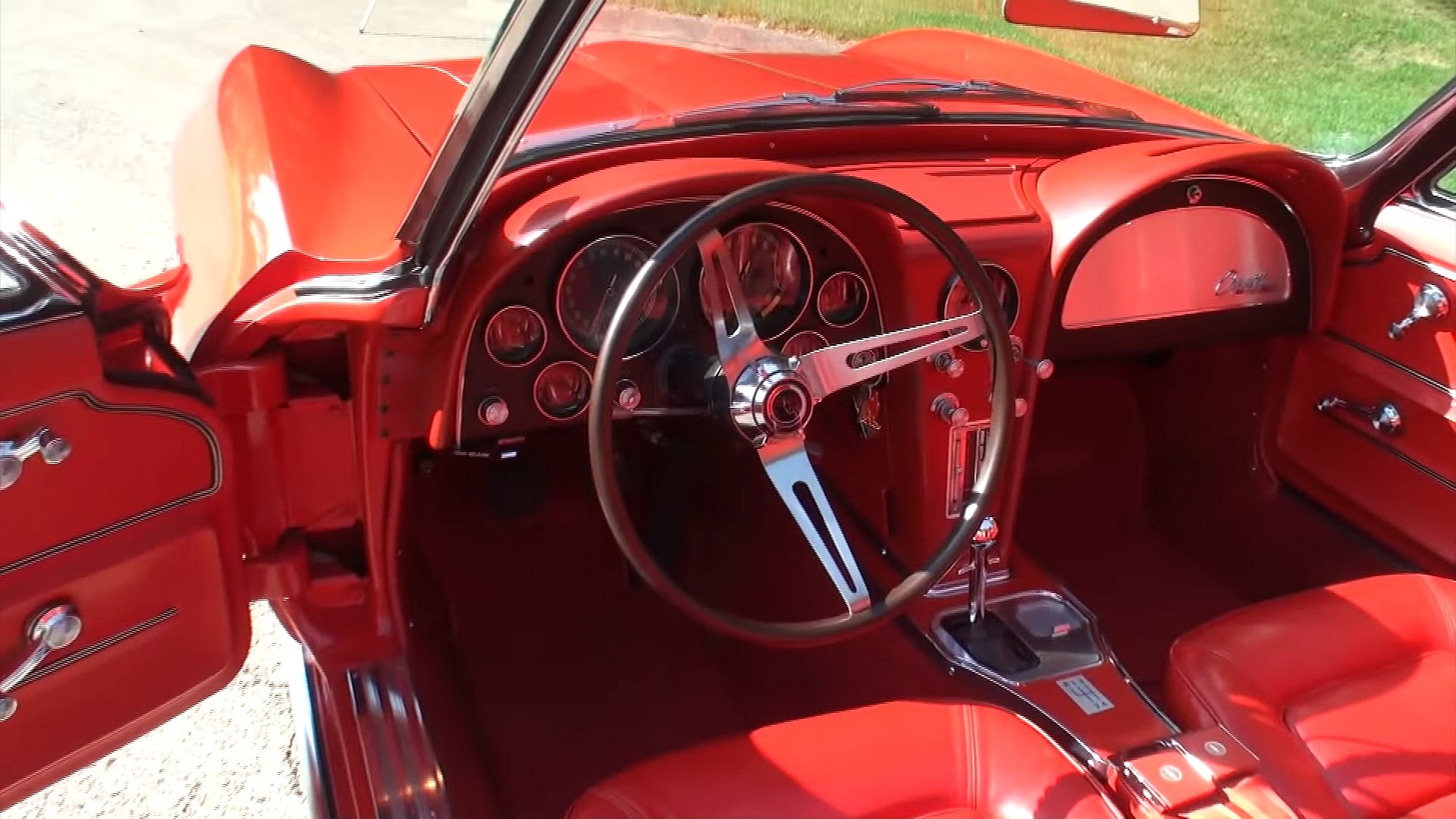 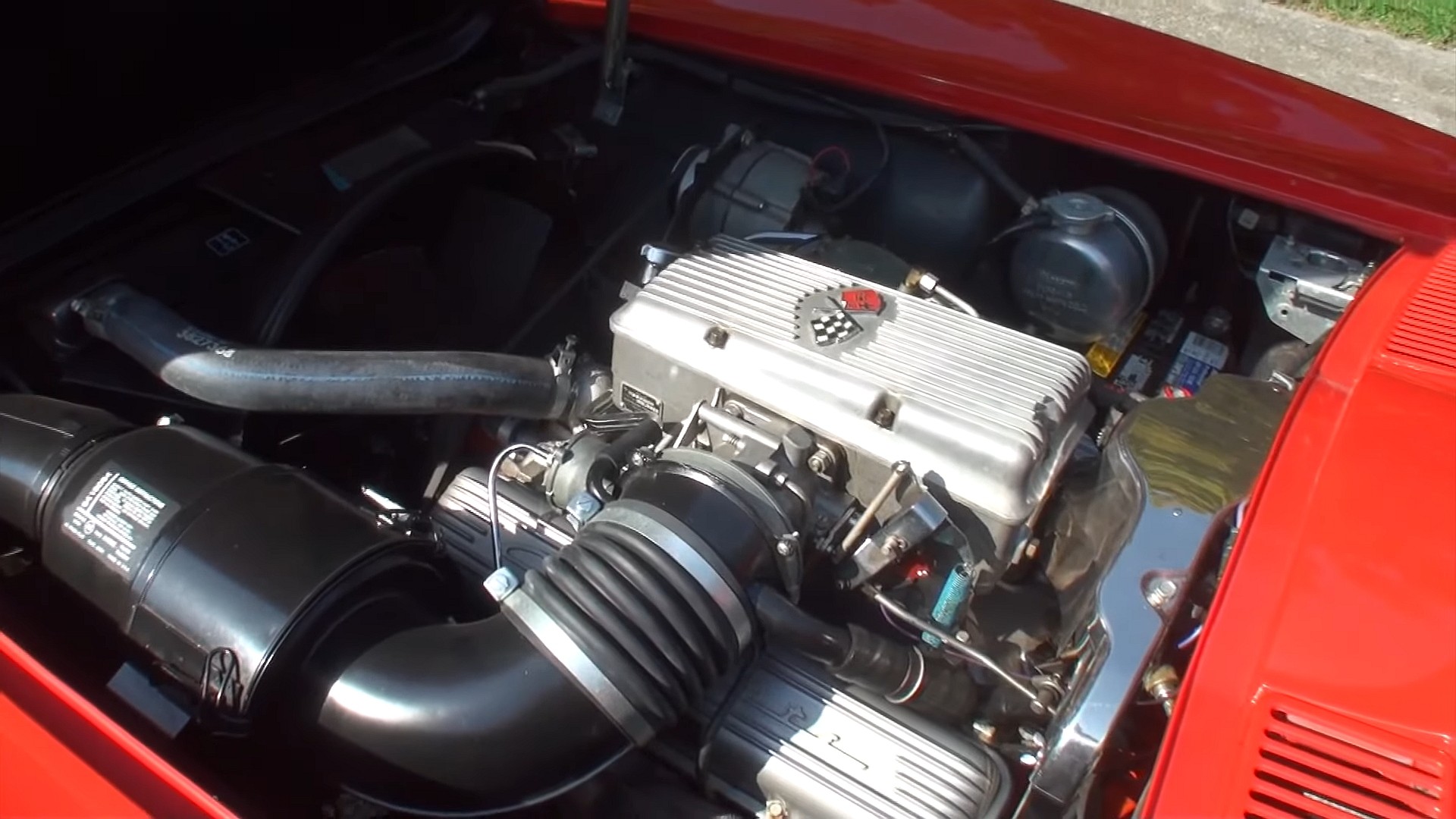