auctionBMWBMW M1 AHG Studie
It's said to be one of just ten examples in existence.

One of the world's rarest BMWs, the M1 AHG Studie, is set to cause a stir at an upcoming RM Sotheby's auction later this month.

Based on the iconic mid-engined supercar, the AHG Studie is the brainchild of Peter Gartemann, a prominent BMW dealer in Germany. After the Procar racing series ended in 1982, Gartemann set out to create a limited design study inspired by the racecars.

The optional package outfitted the M1 with a series of changes. Aside from the Procar-inspired exterior styling, the AHG-fettled cars received a new exhaust system, a racing clutch, adjustable racing suspension, and slick-looking BBS wheels. Most importantly, the glorious M88/1 3.5-liter inline-six was upgraded to 350 horsepower.

As a reminder, the standard M1 produced 277 hp and 243 lb-ft of torque, with power sent to the rear wheels via a ZF-sourced five-speed manual transmission.

Despite the racing pretensions, AHG also enhanced the interior with leather seats and an improved sound system. Lastly, each customer would specify a unique paint livery - the original owner saw fit to festoon his supercar with the BMW M colors. The package, certified by Germany's TUV authority, was incredibly expensive. As such, just 10 M1 AHG Studie cars were made.

The vehicle seen here is believed to be a true AHG M1 Studie. Not much is known about this particular M1's early years, but according to BMW Classic, the Giugiaro-penned beauty was built in 1979 and delivered to a BMW dealer in Germany.

Over time, it made its way to the United States and lived in the Ed Weaver Collection until 1995. In 2011, it was purchased by Don Davis, a prominent car collector, before heading to the AE Collection of Paul Walker and Roger Rodas, who were both killed in a tragic crash in 2013.

Interestingly, this isn't the first time this particular M1 AHG Studie has come up on our radar. The vehicle sold for $500,000 in February 2021.

During its 42-year lifespan, the BMW has been driven sparingly and has a recorded 4,238 miles on the odometer. In recent years, it's been treated to a rebuilt water pump, regular oil maintenance, and a new battery, along with an outer tie-rod replacement.

RM Sotheby's estimates the M1 AHG Studie will fetch between $450,000 and $550,000 when it hits the auction block in Miami, come December 10. That's a lot of money, but it's a relative bargain considering the provenance, low mileage, and rarity. After all, we've seen regular models for sale at considerably higher prices.

Sadly there's no modern-day equivalent, with the M8 Coupe coming closest. There's a good chance BMW may introduce an all-electric supercar that will hopefully capture the essence of the original M1. 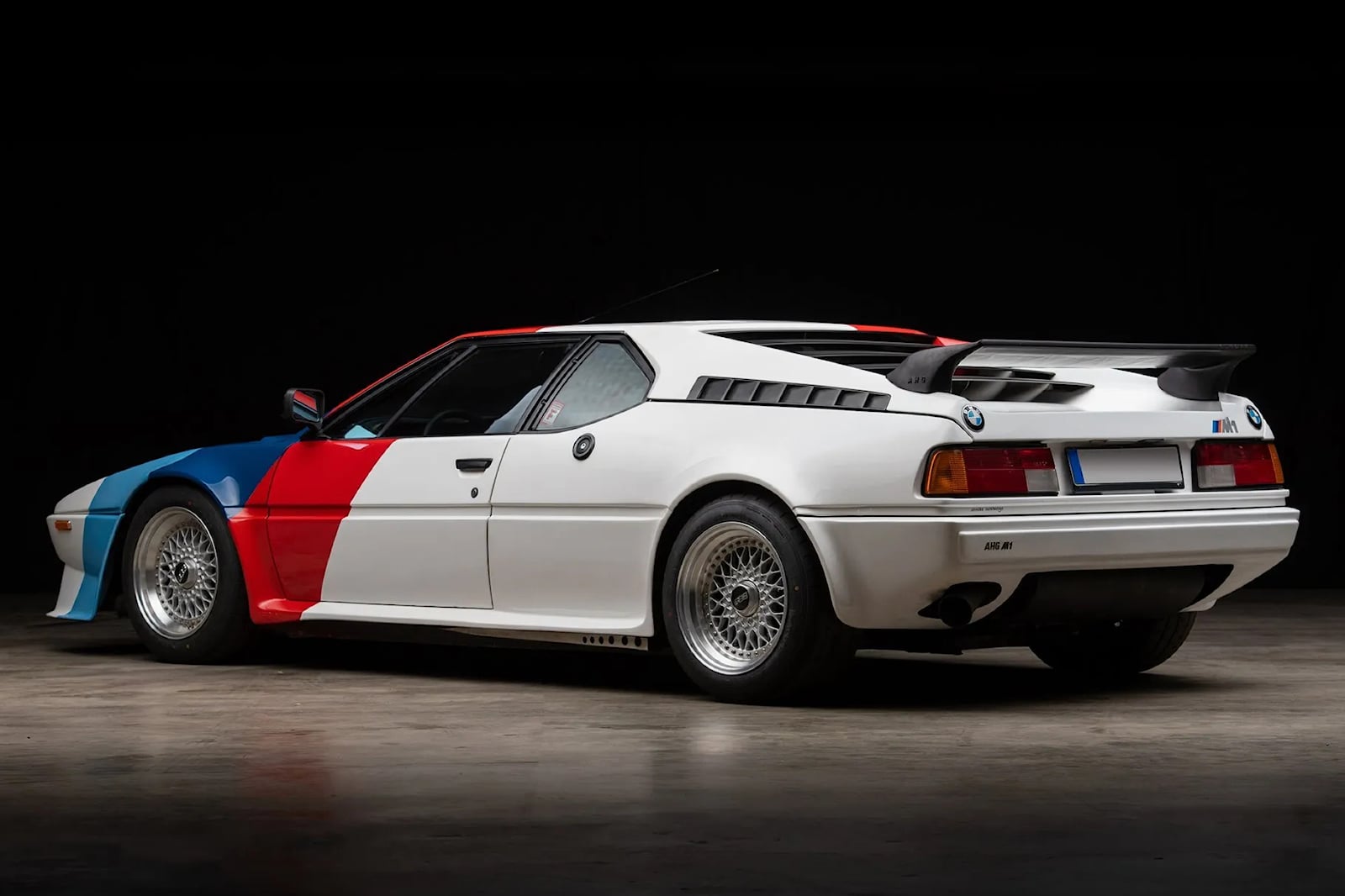