bikehondaHonda CB750motorcycle
Well, this is potentially the neatest ‘74 MY CB750 we’ve seen in a long time.

Describing the Honda CB750 as iconic is like saying Albert Einstein was smart – an outrageous understatement. In the same way Einstein’s theories had a major impact on how we perceive physics, the Japanese four-banger was a genuine game-changer in the global motorcycling industry. Sure enough, CB750s are some of the most sought-after cult classics on today’s second-hand market.

If you’ve been looking to acquire one such entity for yourself, the news we’re about to share will certainly make your day! What you see above is a splendid 1974 CB750 restomod that’s being auctioned off on Bring A Trailer, with a current bid of $7,000. The bidding deadline is set for September 24, so let’s cut to the chase and examine what’s at hand here.

Within its duplex cradle skeleton, Honda’s superstar houses a four-stroke 736cc inline-four engine, which is coupled with a five-speed gearbox. The air-cooled powerplant is good for up to 67 ponies at 8,000 revs per minute, while a peak torque output of 44 pound-feet (60 Nm) will be achieved lower down the rpm range. Ultimately, this whole shebang enables the two-wheeled predator to reach a top speed of 125 mph (201 kph).

Under current ownership, the aging fuel tank and side panels have been replaced with youthful alternatives, as were CB750’s emblems, two-up saddle, and four-into-four exhaust system. Furthermore, the new bodywork was enveloped in a striking color scheme, consisting of a Candy Ruby Red base and gold accents.

In the footwear department, we find a fresh pair of cast aftermarket hoops sporting high-grade Shinko rubber. To improve handling, a comprehensive makeover was applied to the machine’s brakes and suspension modules. The cockpit comes equipped with a CB400F’s repurposed handlebar, which features modern cables, grips, and switches.

The four-cylinder mill has also been subjected to a thoughtful rebuild, receiving a Dynatek electronic ignition, premium pistons, and a higher-spec camshaft, as well as new bearings and valves. Last but not least, the finishing touches come in the forms of an overhauled clutch mechanism and a revised transmission. 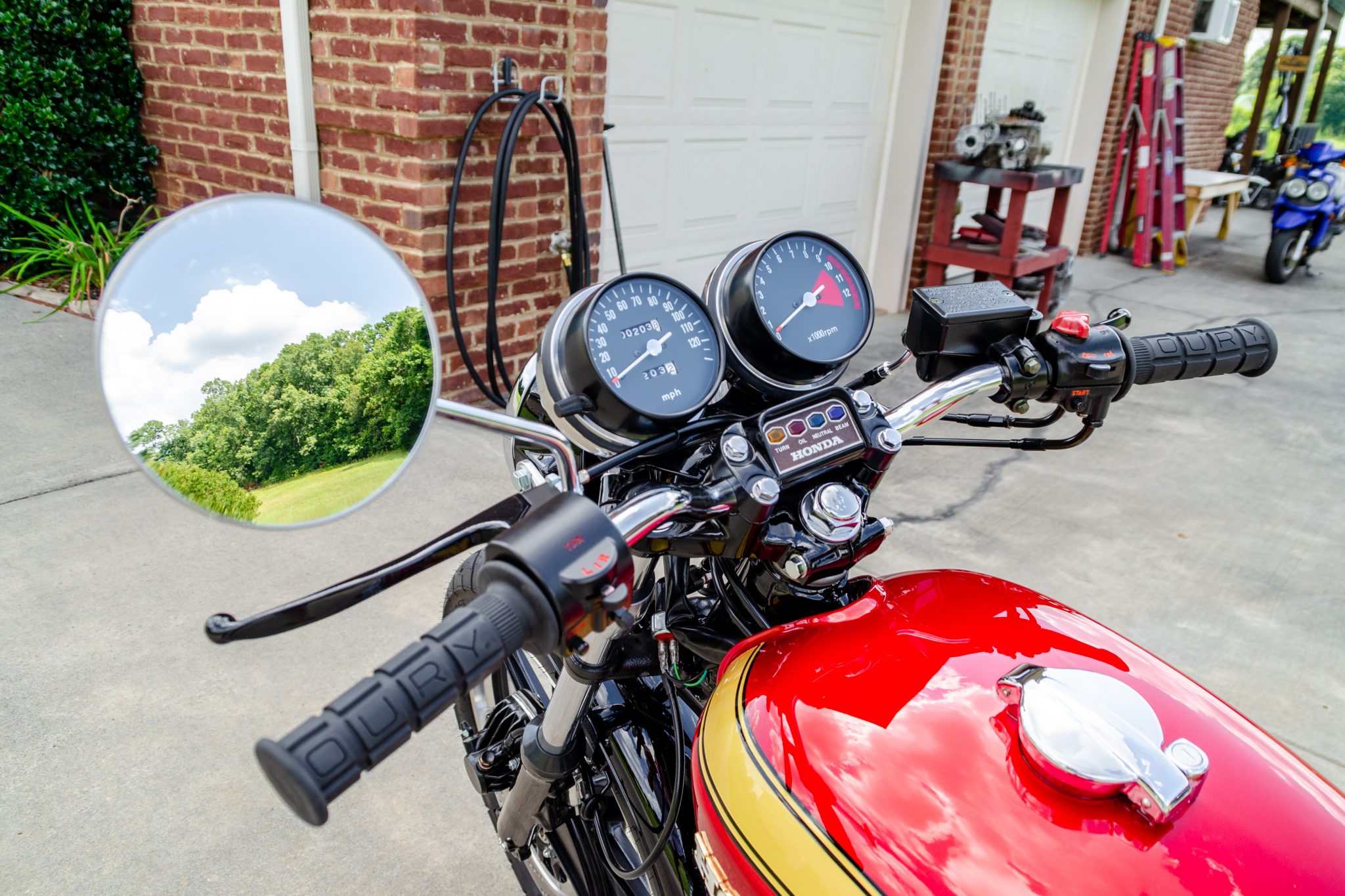 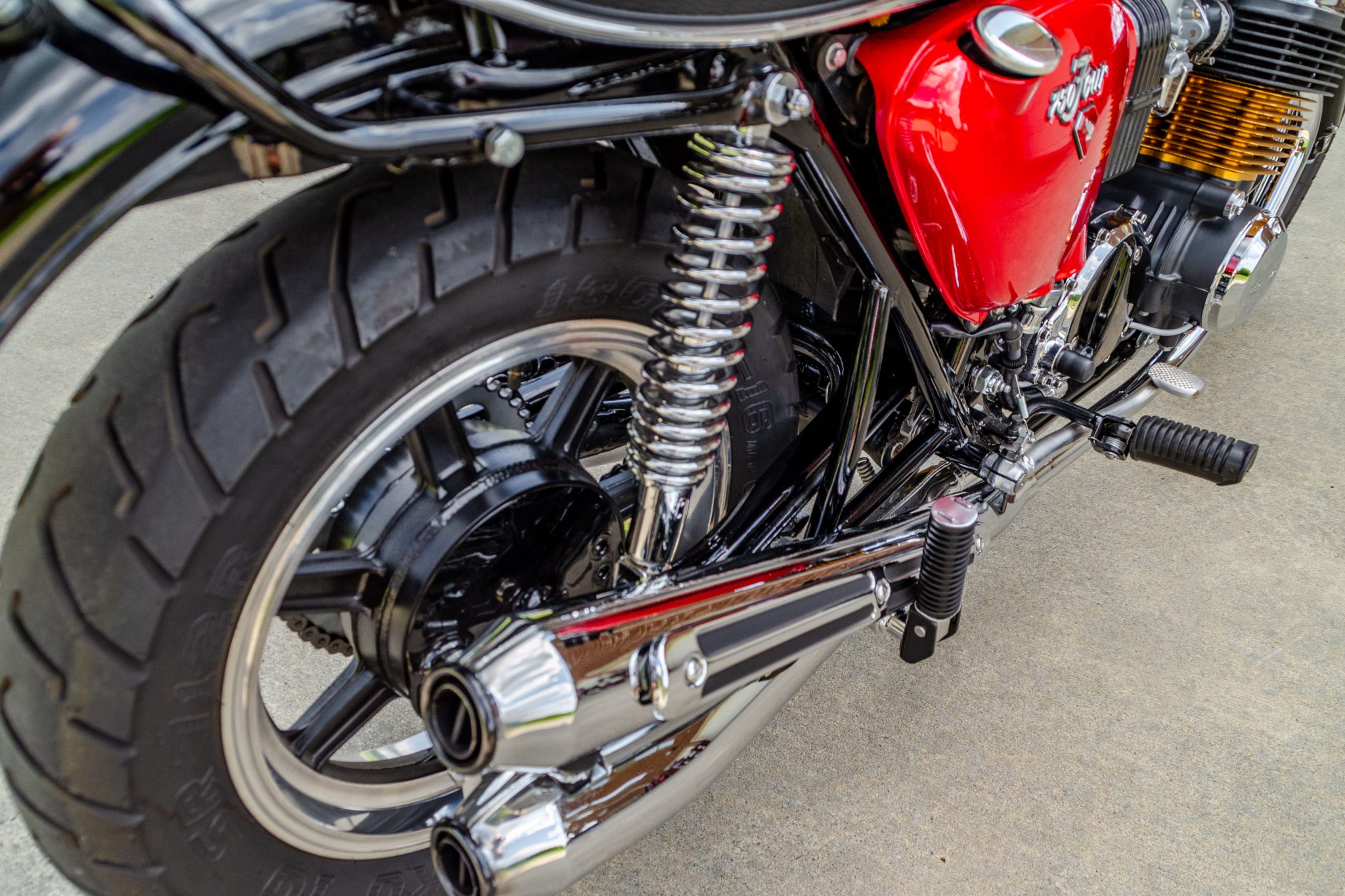