Volvo's first unibody production vehicle came out in the mid-1940s as a smaller, more affordable model adapted for the post-World War II era. It was a precursor of the more popular and arguably better-looking Amazon and the company's first model in many years to have a four-cylinder engine. Dubbed "Iron Maven," this SEMA exhibit also happens to have a four-pot, but it's a modern powertrain borrowed from an S60 Recharge.

It represents the work of Bogi Lateiner and her team at Girl Gang Garage. An all-female crew of more than 160 amateur and professional mechanics, welders, painters, and body technicians, the team built the restomod over the course of 18 months. The PV544 in question is a barn find of a 1961 model from Phoenix, Arizona found on a farm. It had to be completely dismantled before being significantly modified to fit the much more complex PHEV setup.

Despite being much shorter and narrower than the S60, the PV544 now hosts the turbocharged and supercharged 2.0-liter engine of the S60 Recharge, making 328 horsepower. It has also borrowed its electric motor, good for 87 hp, to achieve a combined output of 415 hp. In the electrified sports sedan, the total torque stands at a respectable 472 pound-feet (640 Newton-meters).

The restomod wasn't simply about cramming in modern hardware into a 61-year-old car as the conversion required 3D-printed parts and some hand-made components as well. The revitalized PV544 received the suspension and control systems as well as the infotainment system. Girl Gang Garage decided to paint the Rebelberry as a nod to a few purple shades the Swedish automaker offered in past decades.

It's the third all-female build completed by the Girl Gang Garage, following a couple of classic Chevrolet trucks that were showcased at SEMA in recent years. One of which had a BMW S62 engine. 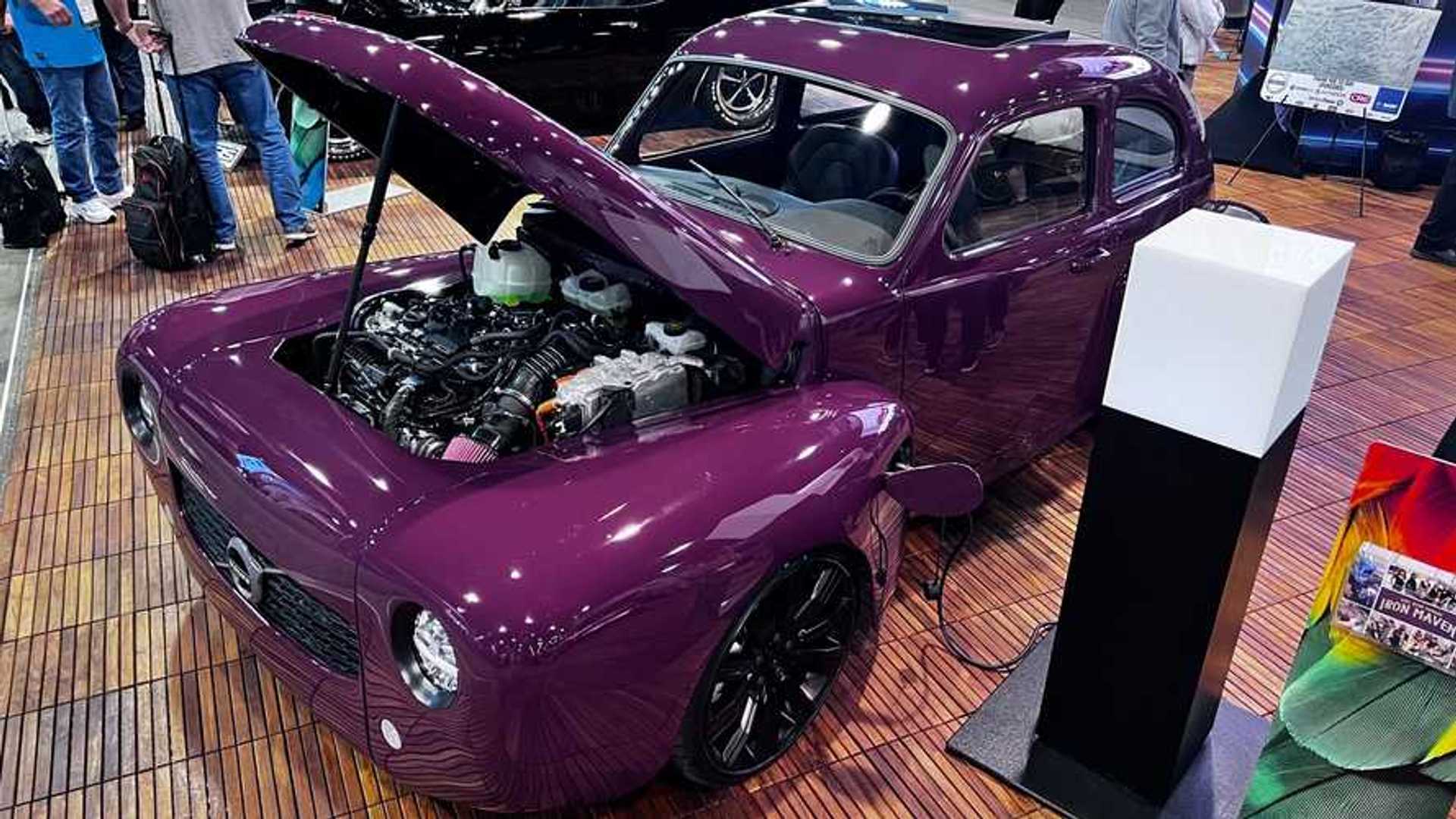