In 1968, Renzo Passolini piloted a Benelli 350 four-cylinder GP bike to second place in the Isle of Man Junior TT. That runner-up status shouldn’t reflect poorly on Passolini or his Benelli, though, since they were up against the legendary Giacomo Agostini and his fire-breathing MV Agusta. Ago, of course, took first in that race.

Based on Benelli’s 52-horsepower 250 Grand Prix platform, the 350 increased power to 64 ponies and featured four valves per cylinder. The inline-four also featured two separate heads, double-overhead cams, and a seven-speed gearbox. Despite its late ‘60s Grand Prix career, the thoroughbred race bike had a long life ahead of it.

“This bike was acquired by Team Obsolete in the early ‘80s,” team founder Rob Iannucci told Bike Exif. “It was a basket case, and came from a German racer who had gotten it from the factory.” It’s one of only two 350/4s built, and it wasn’t until 1993 that Team Obsolete restored it.”

Iannucci created Team Obsolete to get vintage GP machines out of museums exhibits and back onto the track. The team achieved that objective when legendary vintage racer Dave Roper won the 350GP race aboard the Benelli at Daytona in 1993. As the first American to win the Historic TT trophy at the Isle of Man, Roper seemed like the perfect fit for the Benelli 350.

Unfortunately, when Roper returned to the Isle of Man TT in 1993, he crashed the bike on the course's Kerrowmoar section. After rebuilding the accomplished race machine, Roper piloted the Benelli to two wins at the Road Atlanta event the very next year. In 2018, the 350 GP bike returned to the Isle of Man and completed the Classic TT Lap of Honour.

During the trip around the circuit, the Benelli 350 recorded a top speed of 152 mph. Yes, the 53-year-old motorcycle has had a long and illustrious career, but it still has legs, yet. 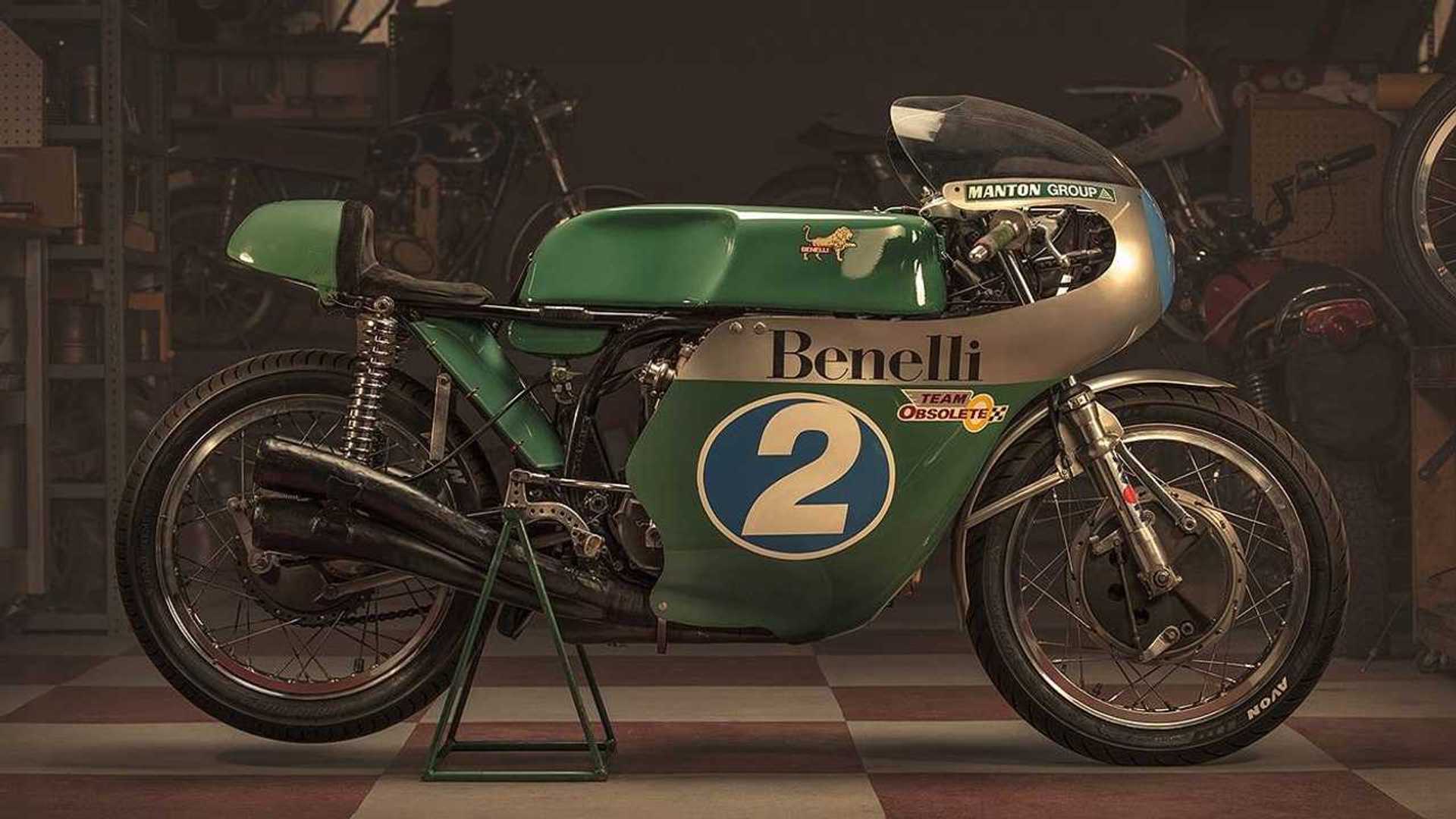