Offered at no reserve.

RM Sotheby's Elkhart Sale in May this year will have dozens of pretty cool cars for sale. Among them will be a super cute Subaru 360 cop car and it will be joined by this equally awesome Austin Mini Pickup, produced in 1972.

The Mini Pickup was originally introduced back in 1961 and was built on the longer Mini Van platform. Featuring an open-top rear cargo area and a tailgate, it was the definition of a coupe utility with its 11 feet (3.4 meters) of length and a curb weight of approximately 1,500 pounds (680 kilograms). A total of 58,179 Mini Pickup models were built between 1961 and 1983.

This particular example is from the early 1970s and has its original 1,275-cc four-cylinder engine with dual SU carburetors under the hood. Mated to a four-speed manual gearbox, it produces 69 horsepower (51 kilowatts) and 77 pound-feet (104 Newton-meters) of torque. Not exactly exciting but the experience behind the wheel should be a lot of fun.

Needless to say, the vehicle is in immaculate condition and even features some nice little modifications compared to the stock variant. For example, the cargo bed is covered with beautiful wood panels and is also the place where the Pirelli spare tire is stored. The interior is carpeted in red and features leather seats and Mountney steering wheel. We are on the fence about the aftermarket Clarion radio with CD and Blaupunkt speakers but these are probably easy to remove and bring back the vintage appearance of the cabin.

Again, the auction house doesn't list an estimated price for the Mini Pickup but we know the seller is offering it at no reserve. 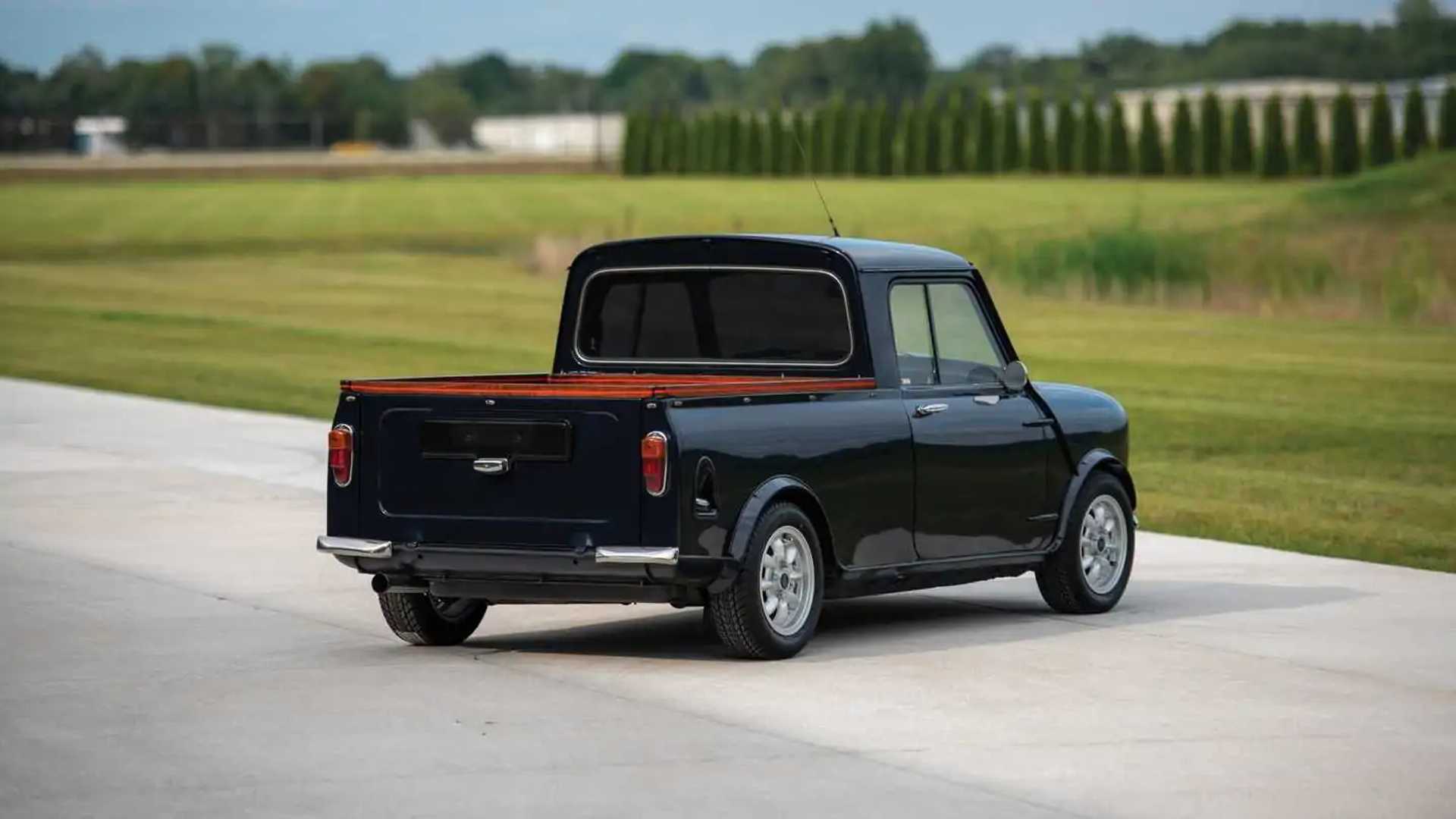 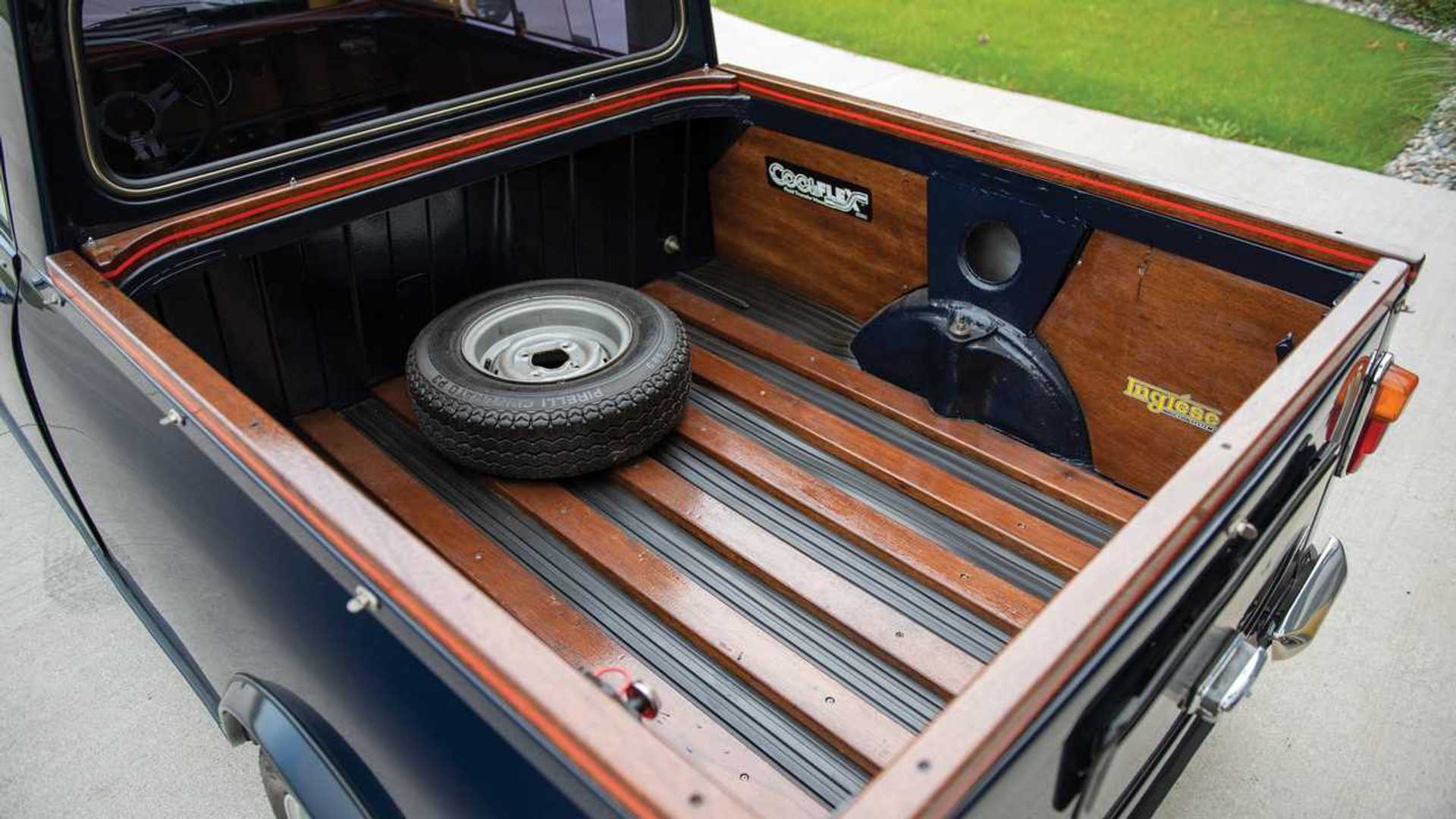 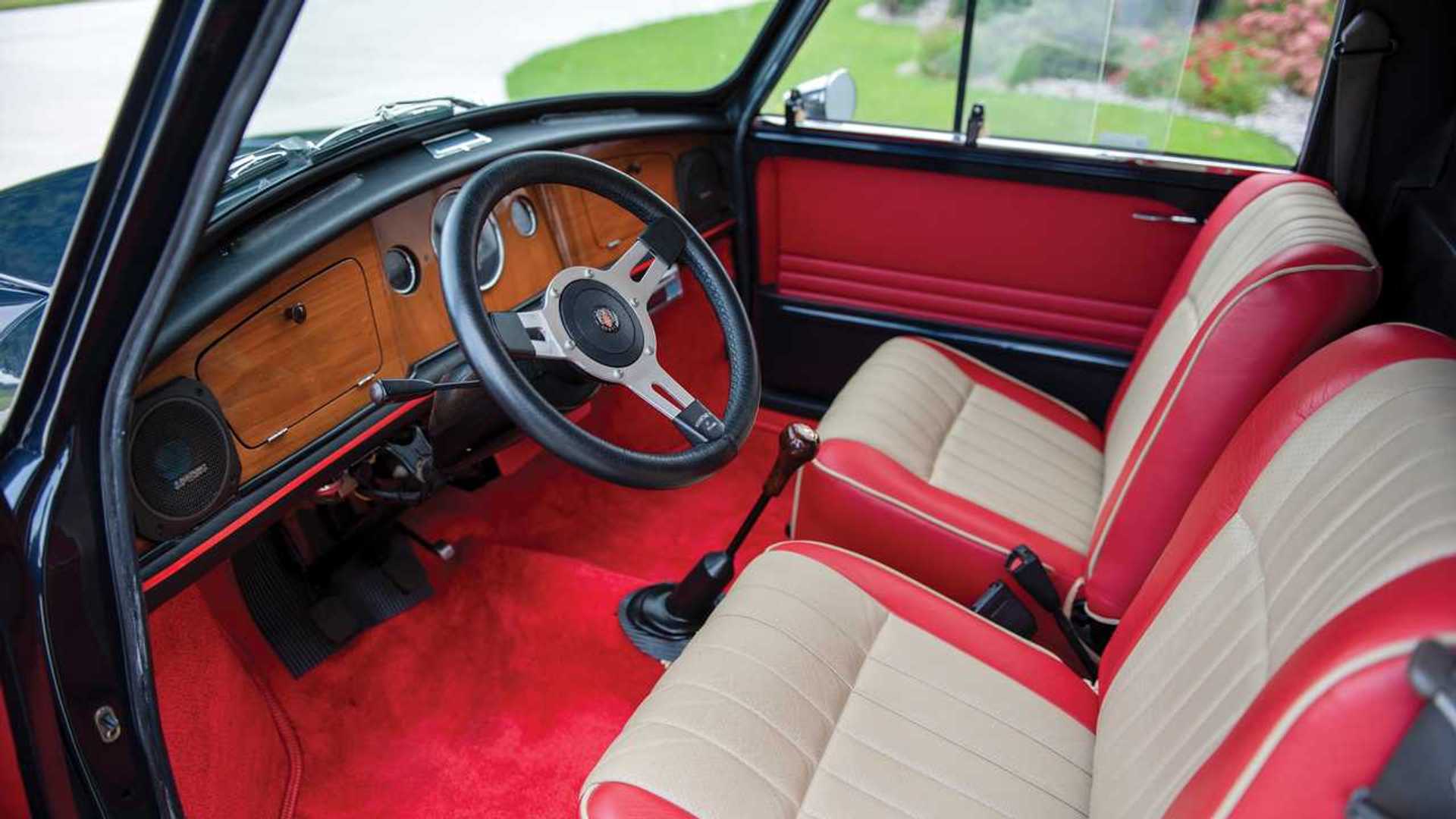