The original Corniche was wrapped around a tree and later bombed

Bentley's Mulliner division specializes in making one-off (or few-off) projects for clients willing to foot the bill. They're the folks you'd want to talk to if you want a long-wheelbase Flying Spur, a Bentayga-based dually pickup, or anything in between. The division only works on new models, but it stepped outside of its comfort zone to re-create a one-of-a-kind Bentley manufactured and destroyed in 1939.

The project is part of Bentley's on-going centennial celebration, and finishing it in time was easier said than done. It made building a concept car like the EXP 100 GT look like assembling a Lego kit. The original Corniche disappeared after getting bombed by the German army, and a majority of the people who saw it in person are dead, so the men and women tasked with resurrecting it only had a handful of period, black-and-white photographs and technical drawings to work with. The final product looks stunning, and Bentley claims it's identical to the original in every way.

Parts like the chromed headlight bezels, the droplet-shaped fenders, and the wooden dashboard were exclusive to the Corniche, so they had to be manufactured from scratch using the correct materials, and the right production techniques. The British firm could have saved itself the trouble of re-creating this unique part of its history if another car hadn't pulled out in front of it 80 years ago.

Bentley made the original Corniche during tumultuous times as it explored the possibility of releasing a more powerful variant of the Mark V scheduled to make its debut in October 1939. It asked French designer Georges Paulin to draw a futuristic, streamlined body, and it commissioned Paris-based coachbuilder Carrosserie Vanvooren to build it using thinner-than-normal steel to save weight.

The Corniche lapped the Brooklands track for the first time in May 1939 and quickly reached over 100 mph, an impressive speed at the time. Testing continued in rural France, where the big Bentley blended in as well as a flying saucer. In August 1939, one of the company's test drivers swerved to avoid another car, rolled, and wrapped the aerodynamic front end around an unsuspecting tree.

Bentley separated the body and the chassis. It immediately shipped the chassis to its headquarters in Crewe, England, and curiously asked a local shop to repair the body instead of sending it back to Vanvooren in Paris. The body was supposed to travel to Crewe via Dieppe, a town in the north of France later known as the home of Alpine sports cars, but it never set sail across the English Channel because it was destroyed by air bombings. It found itself in the wrong place at the wrong time.

The air raid sirens scattered across Europe fell silent decades ago, so the 2019 re-creation will hopefully lead a more peaceful life than the original. It will make its public debut in September 2019 at Salon Privé, and it will then travel to various Bentley-related events around the world. 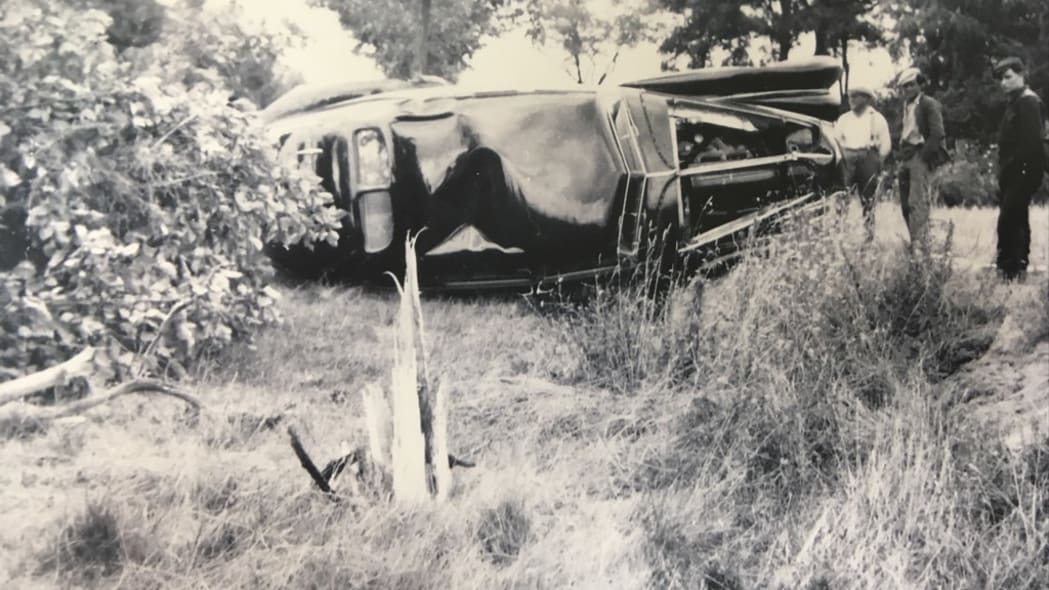 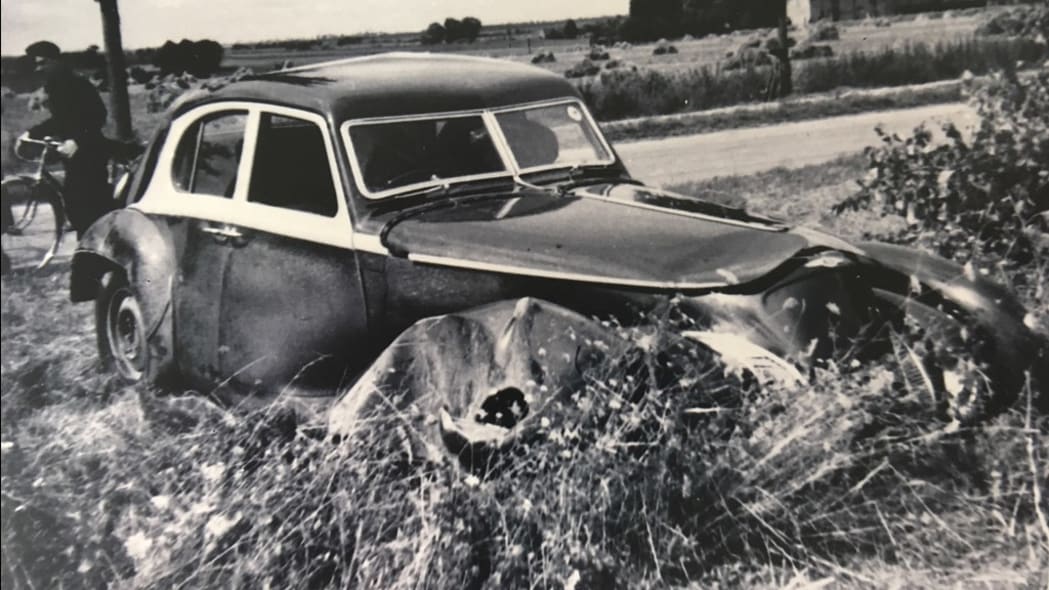