Lotus pushed upmarket and away from its kit-car roots in the 1970s, launching the Elite, Eclat and Esprit coupés, designing its own engines and upgrading its production techniques to match.

“In the sort of markets Lotus is in today, design brilliance is not enough. Quality of construction and reliability must match the exotic alternatives from the bigger manufacturers,” we said as we headed to Hethel to see how the latest Lotus cars were made.

The machine shop was “clean, tidy and efficient, thanks to a series of modern tape-controlled machines” (computers). Only one alloy casting wasn’t done there.

In the engine shop, ‘907’ units were built up by hand, the spec differing per market. Valves had recently started to be ground in by hand to improve reliability. Each engine was then run on a test bed for 75 minutes, attached to its (also hand-built) gearbox.

Metal sheets and tubes became chassis in the fabrication shop, then were sprayed with a rubber compound to protect against rust.

The Elite and Eclat bodies were made by pressure-injecting resin into vacuum moulds; the Esprit bodies by the old way of laying up material into open moulds. Each chassis was mechanically built up and had an interior fitted before a body was fitted on top.

The final-assembly mechanics would test the car on track before giving it to quality-checkers and subjecting it to an emissions test. Lotus still ‘hand-builds’ sports cars, but the complexity of them and the sophistication of Hethel’s production has come a long way. 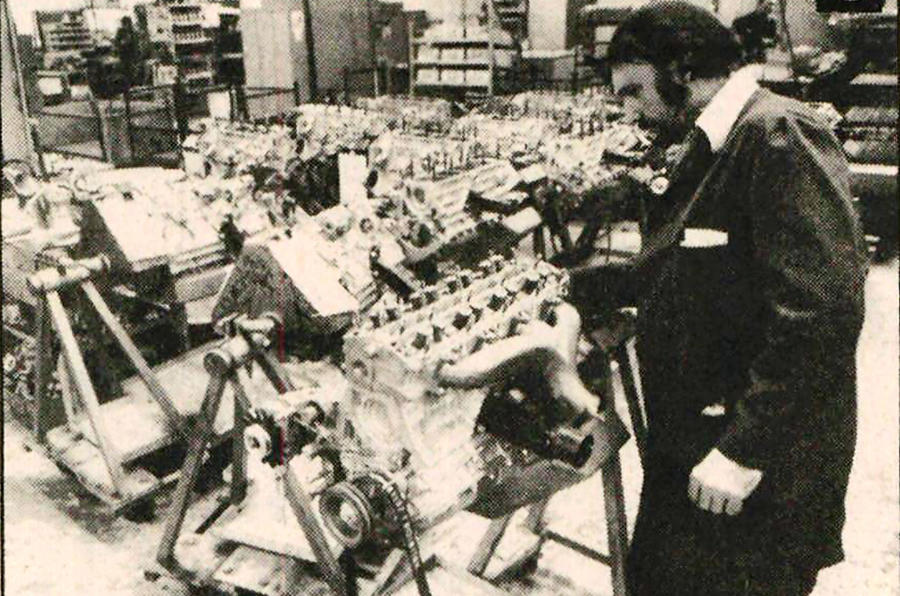 Our insightful interview with Lotus boss Colin Chapman
As Lotus confidently grew in the road-car market (albeit still on a small scale and a shoestring budget) and enjoyed another period of big success in Formula 1, we interviewed the man who had founded the firm as a student just 31 years prior.

Could somebody replicate Colin Chapman’s story? “I don’t think it would be impossible,” he said. “I was helped by the times; just after the war, everything was new, business was starting again and everything was a lot more fluid. But there’s plenty of scope for young people who work hard to start a business now. It’s just that there aren’t enough engineers – or well-trained people – about.”

Had he been lucky, then? “Oh, l think so. Where l’ve been lucky is in having a number of opportunities presented to me which l’ve been able to take. You make a lot of your own luck in that respect, in that you’ve got to be quick.”

Turning to F1, he wasn’t happy: “There should be no regulation other than perhaps one parameter governing performance; the rest should be confined to providing maximum safety. Engineers should be given free reign.”

And finally, what of the future for Lotus? “l think you have to be [really excited]. Once you start being interested in the past and start living in the past, then you stop making progress.”

Renault's disastrous partnshership with AMC
American Motors Corporation (AMC) was always the smallest of the ‘big four’ in the US, and by the late-1970s it was really struggling, losing money on everything but Jeeps yet facing huge bills to achieve compliance with new emissions standards and seeing its US market share fall below 2%.

It therefore struck a deal with Renault whereby AMC and Renault dealers could sell and service each other’s cars; the 18 would be sold in the US from 1980; and work would start on new cars for the US. The end result? Renault losing a lot of money, its boss being fired, it leaving the US and AMC being swallowed up by Chrysler. Oof. 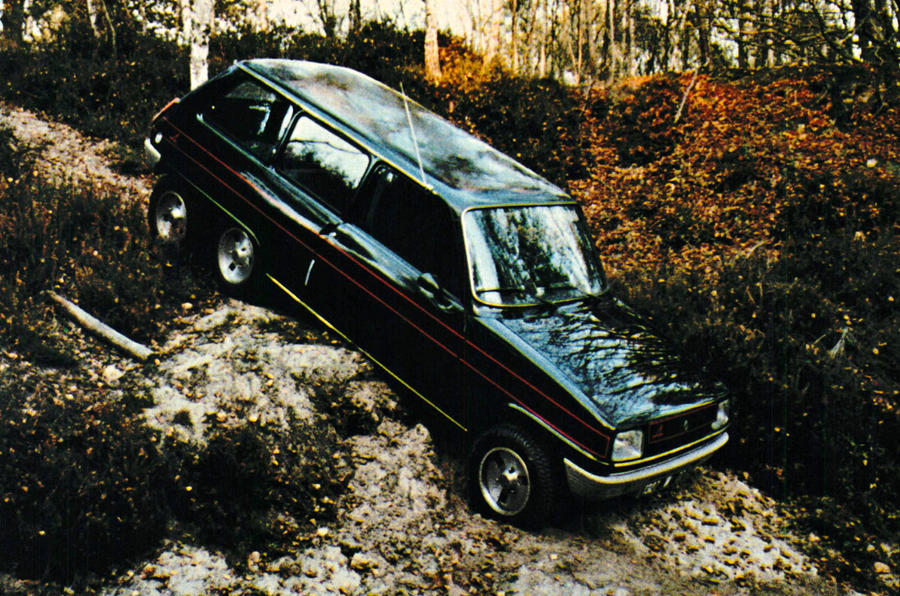 In late 1978, we were bewildered by a photo of a six-wheeled Renault 5 Alpine hot hatch. It turned out to be a creation of engineer Christian de Léotard, who was convinced that the layout had safety benefits. “With six wheels instead of four, he says, braking power is increased almost 50%; and directional stability is vastly improved so the car won’t swing out of line, even when – as he vividly demonstrated – it’s braked heavily on corners.” The Frenchman made several such conversions, the best known being on a Range Rover.