One of three show vehicles, missing for decades, gets year-long restoration

Maurice Wilks, chief designer at English automaker Rover Company, settled on the idea for the Land Rover in 1947. A year later, the Amsterdam Auto Show introduced the world to three pre-production Land Rover prototypes, the triple ancestors of what would become an accidental dynasty. One of the trio, a very early prototype with plenty of experimental parts, disappeared for decades after years doing what it was intended to do, which was serving farmers. Land Rover found it in a garden near the automaker's Solihull factory in 2016, and trotted the tired beast out in 2018 with plans to undertake a complete restoration to Amsterdam show spec. The job now done by technicians at Land Rover Classic in Coventry, the missing Land Rover has hit the road and the mud for the first time since 1968 when its engine seized while being used as a static power source in Wales.

When the team stripped the body down to the chassis, it discovered a George V sixpence coin hidden in the rear body capping. The exterior bears the flaky patina of the vehicle's age even on the several replaced body panels, which is how Land Rover wanted it. For that, technicians color-matched a light green paint sample from under the seat base and painted the 2-mm-thick aluminum replacements, then aged them to suit the original bodywork. In the minimalist cabin, Land Rover worked with the UK's Forestry Commission to source the appropriate kind of ash wood for the front seatbacks.

The internals presented a deeper challenge. Built with left-hand drive, the original engineers converted the vehicle to right-hand drive and installed production parts as they prepared for serialization in 1948, so Land Rover Classic moved the steering wheel to the right side. Mechanics rebuilt the 1.6-liter, 50-horsepower Rover engine with a newly re-created set of specially-made, pre-production, high-compression pistons. The pre-pro units had been fitted with a brake system designed by Lockheed, but Girling brakes went on production models. The Classic Works facility went back to the original drawings and restored the Lockheed design from master cylinder to pads and pipe routing. The Organ Stop controls for the four-speed transmission and two-speed transfer case return as another pre-production spec; simpler controls went on production models.

The year-long effort complete, the missing link can be viewed among the active vehicle collection at the Classic Works facility in Coventry. 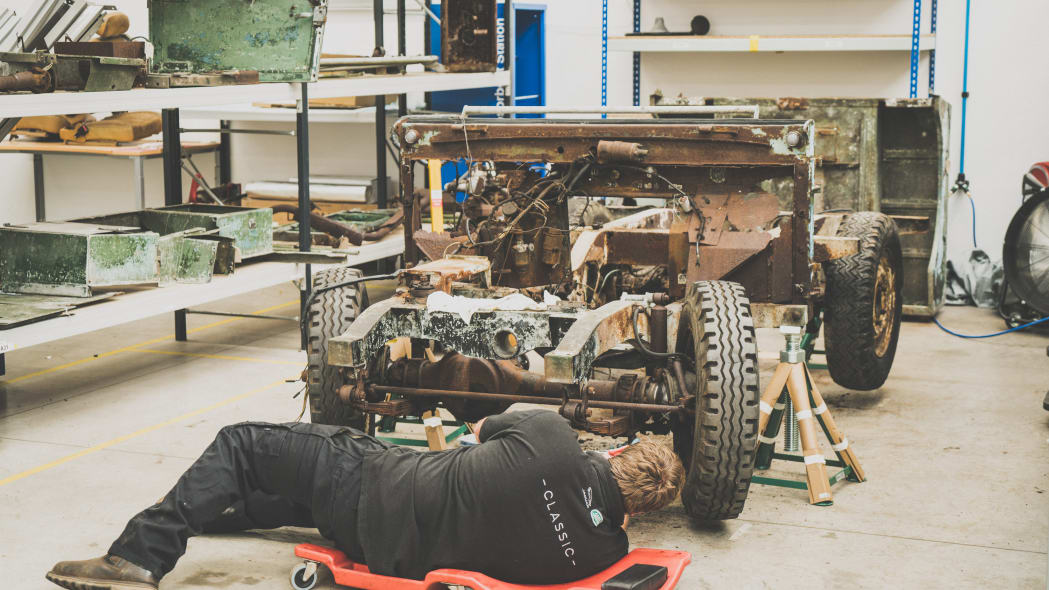 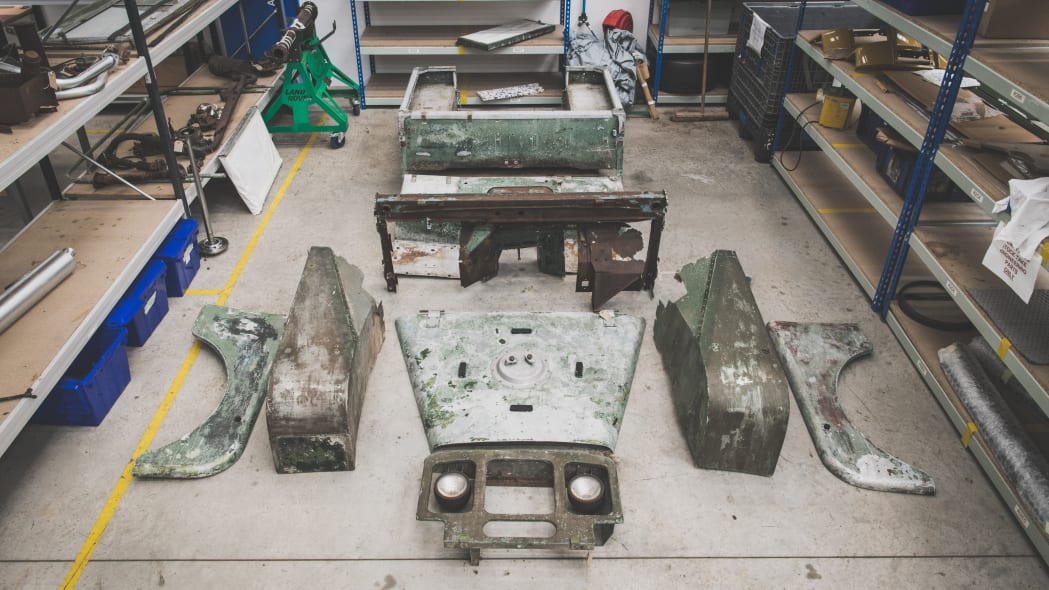 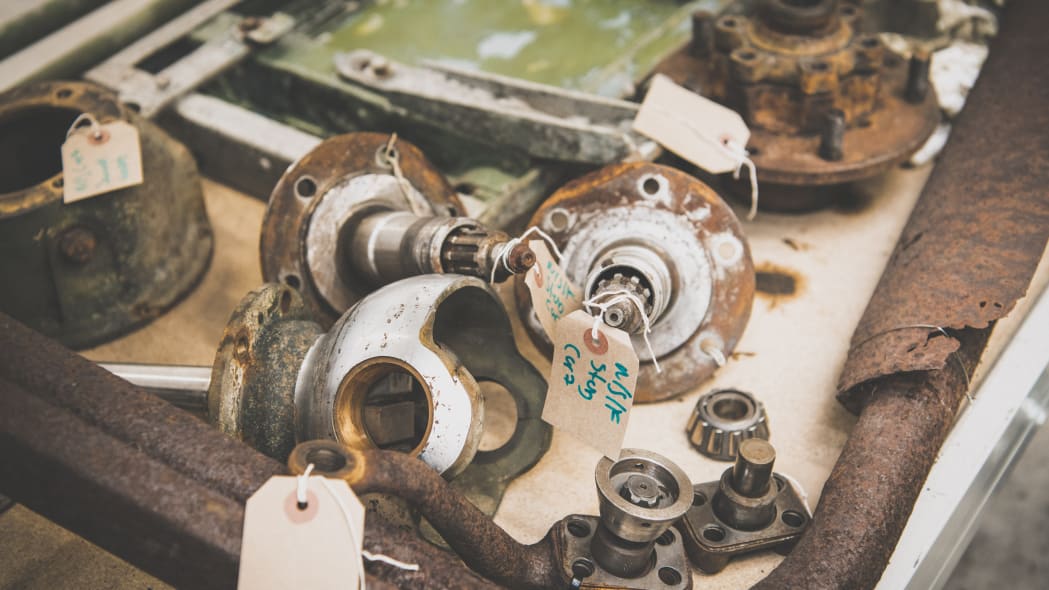 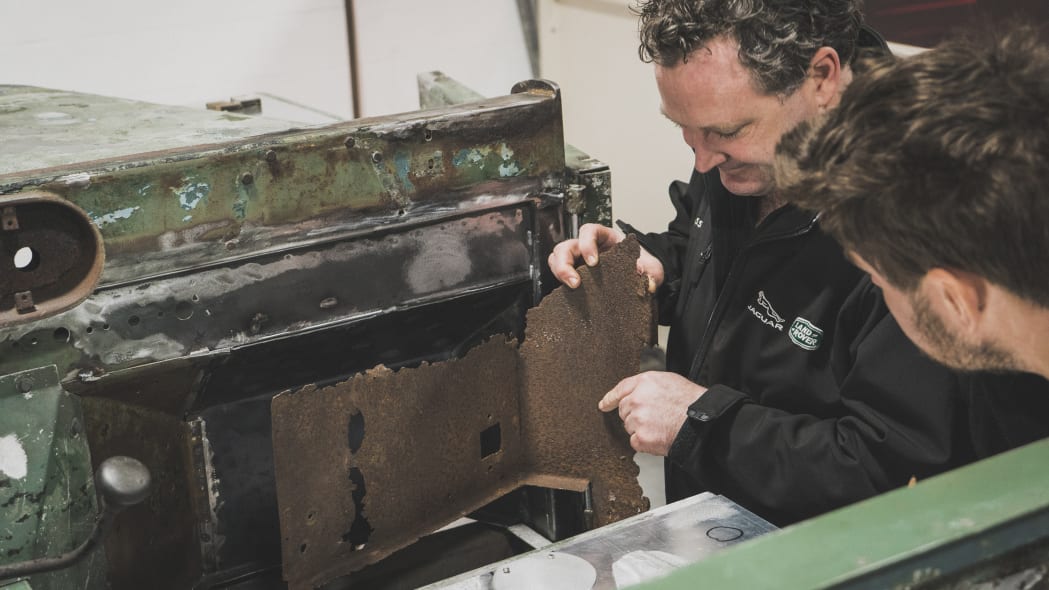 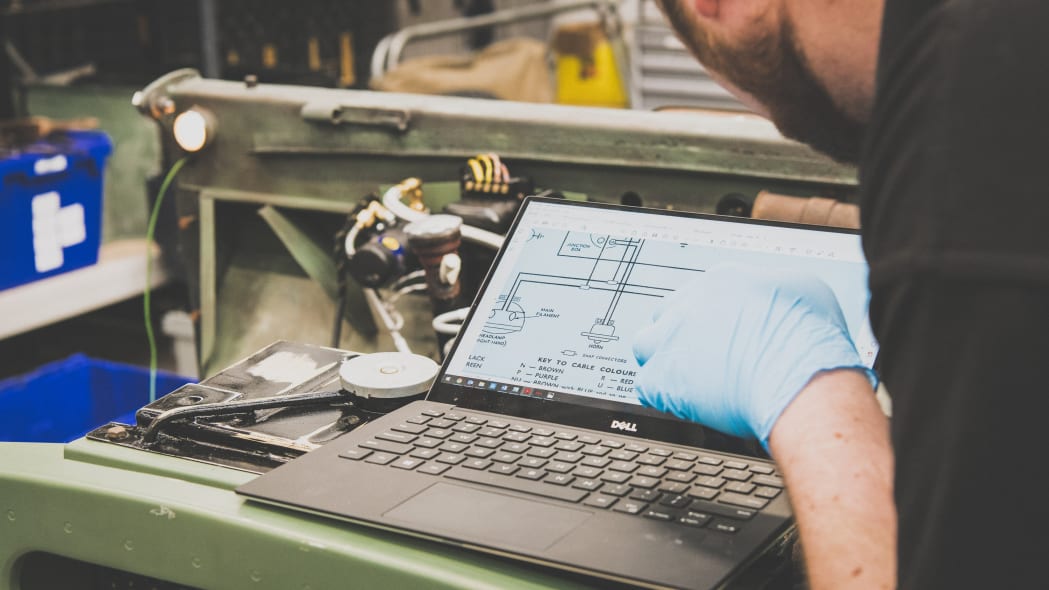