Packed with modern amenities and designed with a high degree of comfort in mind, modern campers and RVs are fully-equipped houses on wheels.

But when camping trailers started to become popular about 100 years ago, they were rather basic and significantly smaller—except for the Pierce-Arrow Model C Travelodge Trailer, one of the most luxurious camper trailers from the 1930s.

If you're not familiar with Pierce-Arrow, it was a short-lived carmaker that entered the market in 1901 and went bankrupt in 1938. It started out with small vehicles, but it went on to build trucks, boats, and even camper trailers. But the Buffalo-based company is best known for its luxury cars. Back in the 1920s, Pierce-Arrow cars were highly popular among Hollywood stars.

The Silver Arrow is by far the most iconic vehicle built by the brand. Unveiled as a concept car at the 1933 New York Auto Show, the Silver Arrow caused an absolute sensation with its aerodynamic design, spare wheels hidden in the front fenders, and a top speed of 115 mph (185 kph). Only five cars were built, and just three are known to exist. These cars are worth more than $3 million nowadays.

A few years before it went bankrupt, Pierce-Arrow started producing a line of camper trailers. The Model C Travelodge you see here was the smallest of three models, and it was priced at $784 in 1937; that would be around $14,300 in 2021. A lot of cash for such a small trailer, but the company targeted rich folks who wanted a stylish camper to match an even more expensive Pierce-Arrow car.

Made as an attempt to survive the Great Depression, the Travelodge was far from basic for the era. Just like the Pierce-Arrow automobiles, it was built on a steel frame covered by sheet aluminum panels and featured a fully independent suspension and a hydraulic brake. The painted waistline, the rear-mounted spare wheel, and the curved overhangs were borrowed from Pierce-Arrow models of the 1930s.

The cabin was a nice and relatively comfortable place to spend time in, thanks to a dinette with booth-style seating, a folding table, an icebox, a hand-pumped sink, and a stove. It also came with a roof hatch, mosquito screens, safety glass windows, and birchwood trim.

Only 20 of these Travelodge campers are known to exist, so they're pretty hard to come by. One of them showed up on eBay recently, and even though it needs a lot of TLC, it's still a cool time capsule that retains most of its original parts.

The exterior looks surprisingly good, but that's mostly due to the aluminum construction. The interior shows some rust and peeling paint, but it has held up well to decades of use and storage.

It's a unique piece of American history that would likely be better off with a sympathetic restoration that keeps the original features in place. On the other hand, it's also a solid candidate for a restomod-style refreshing with a modern heater and cooker, an inverter generator, and a new 12-volt setup. Just enough to make it roadworthy again.

Luckily, this vintage camper trailer appears to be on its way to a new owner. The eBay auction ended with a winning bid of $9,600, a small fraction of what these mobile compact homes are worth in tip-top shape. There aren't many out there, but a mint-condition Model C Travelodge was auctioned off for $44,800 back in 2019. 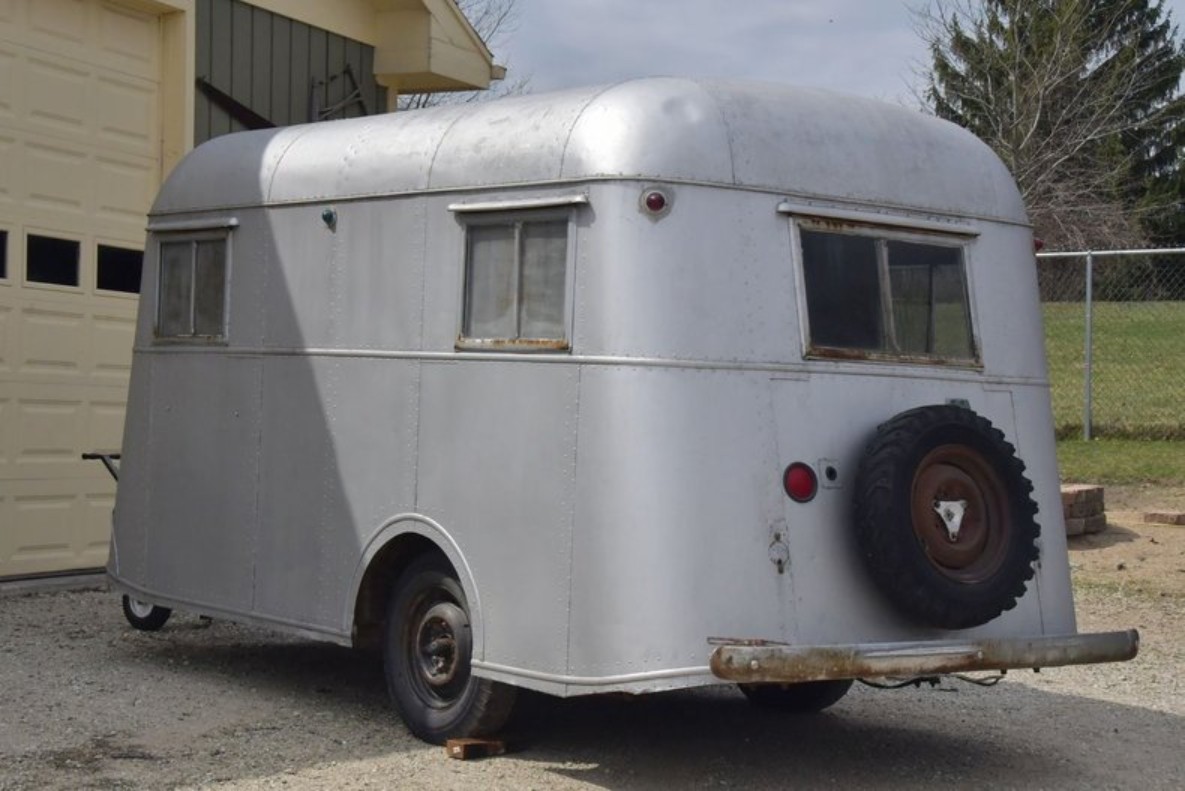 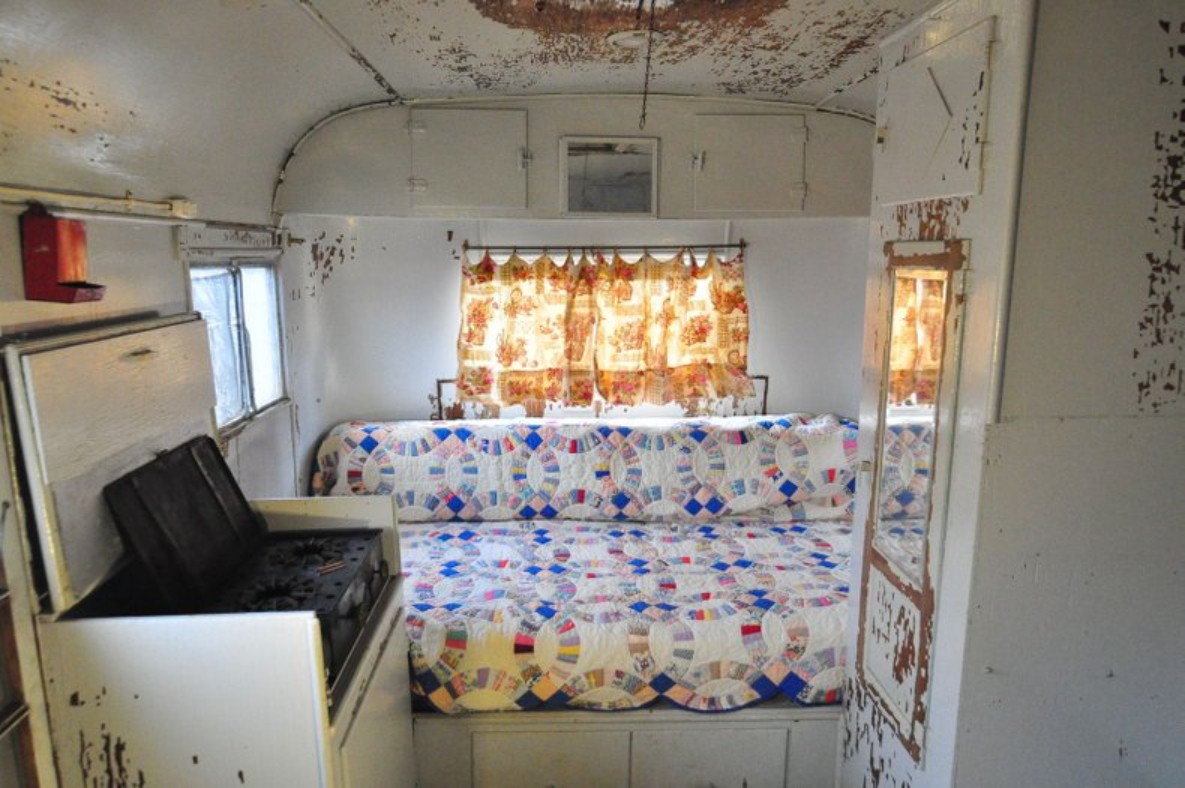 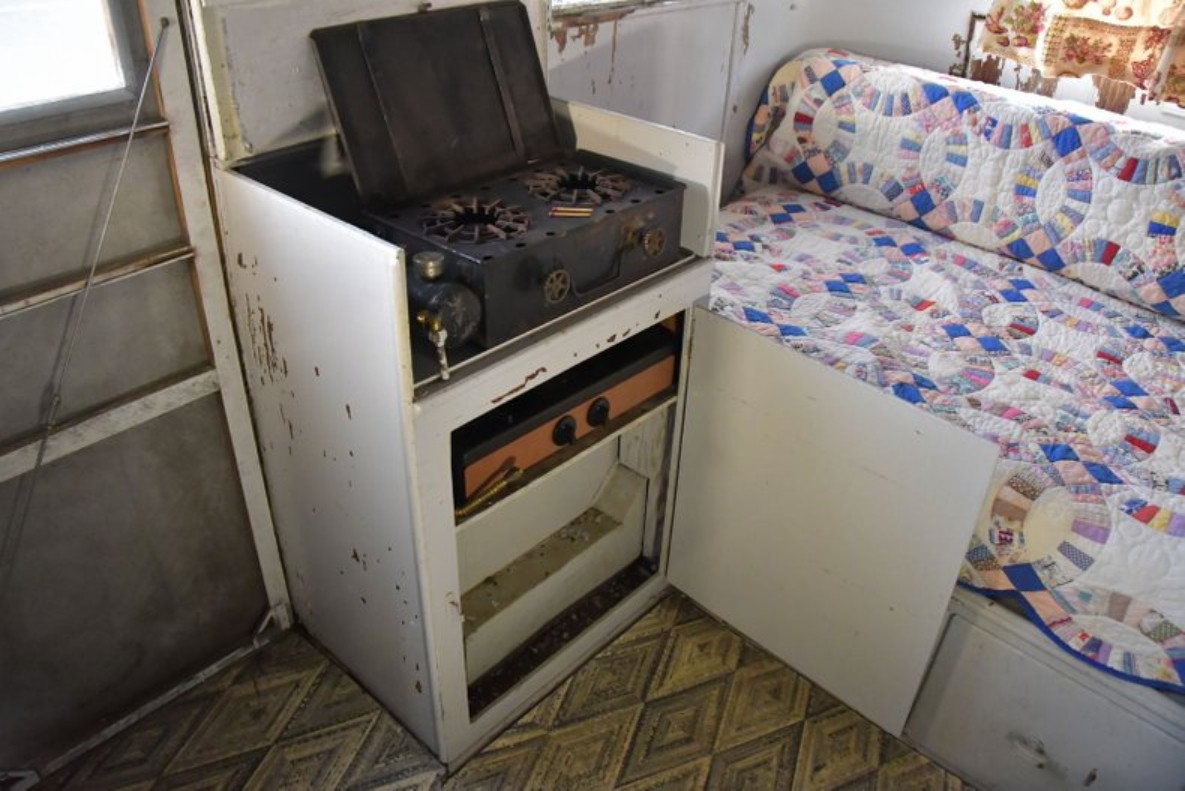 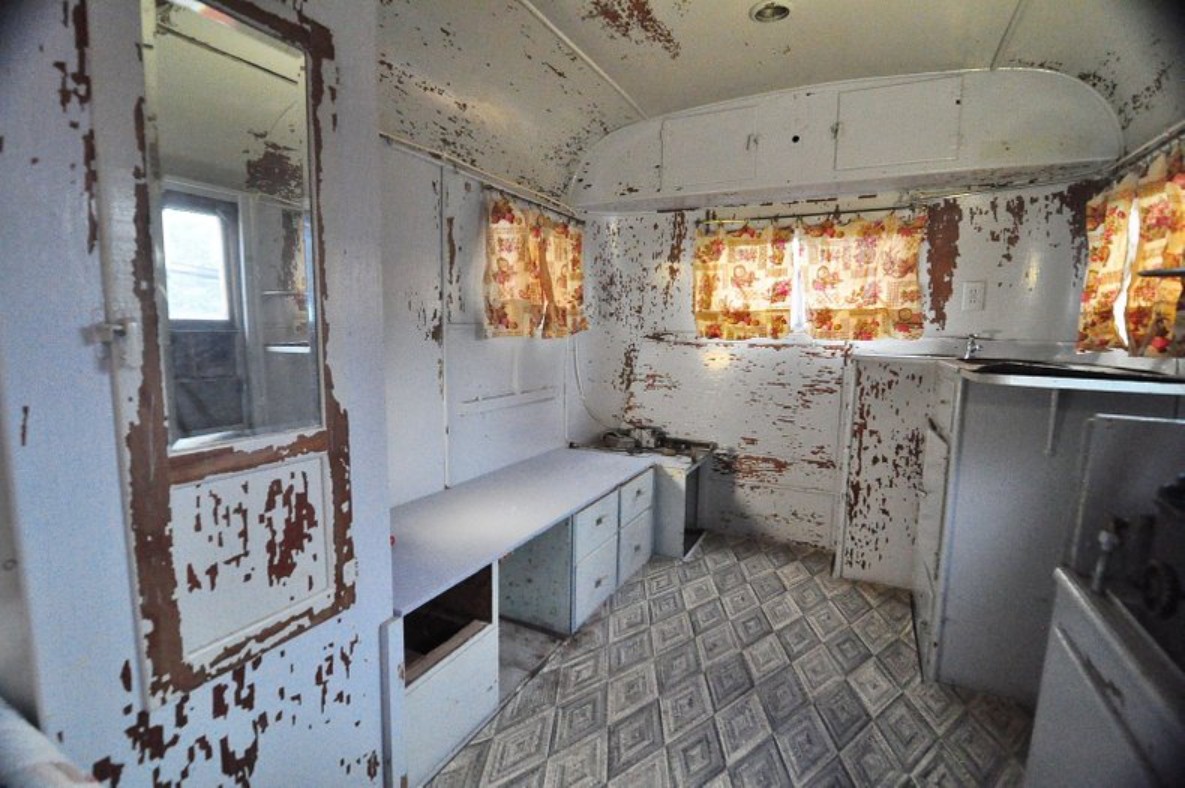 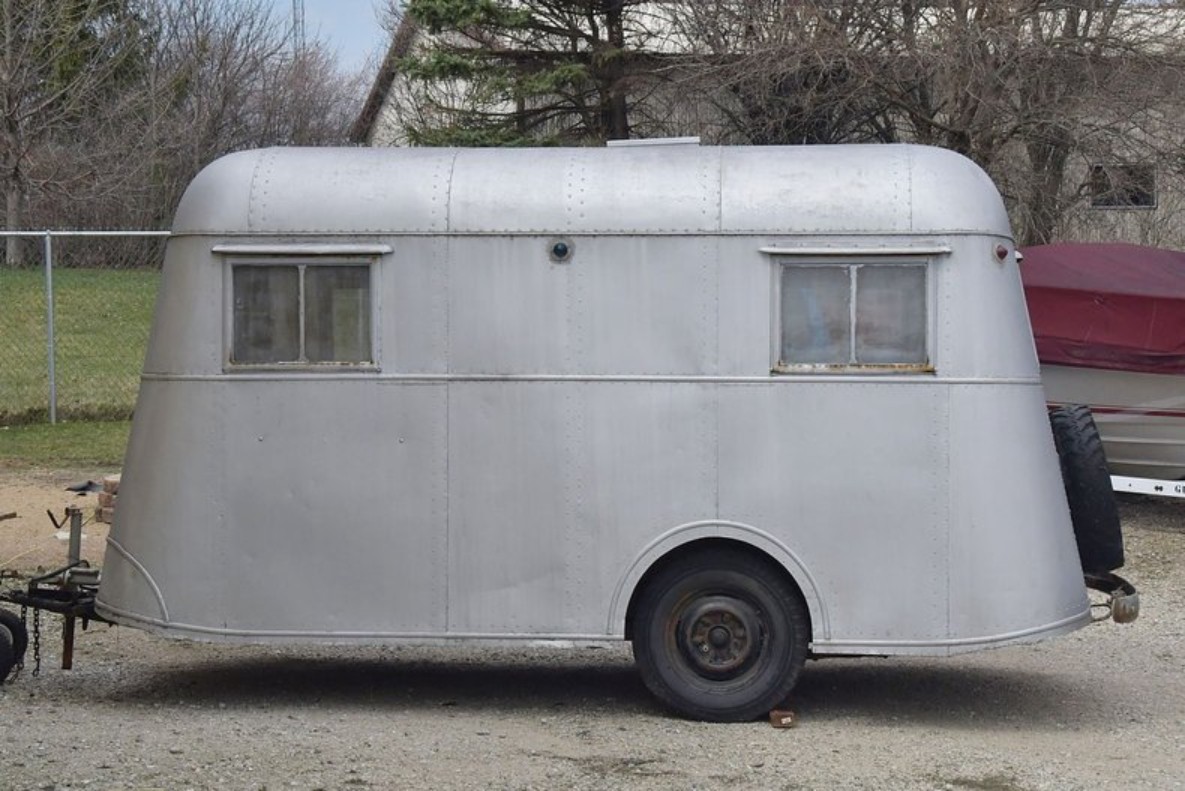