It’s one of just 15 examples built, and has a prestigious history to justify the impressive asking price.

Delahaye may not be one of the most recognizable names amongst classic car manufacturers, but the French marque has been building stunning vehicles since 1894. One of its most iconic – the 1936 135 – is one of them. This particularly well-kept Competition example is up for sale on our sister site, MotorGT.com... but don't expect it to go for cheap.

One of just 15 ever built, the car in question was part of a prestigious collection in San Diego where it sat for more than 15 years. Now it's ready for a new owner. It comes powered by a 3.5-liter inline-six engine, paired to a four-speed manual transmission, and produces 120 horsepower (89 kilowatts).

The exterior is draped in a handsome Bleu Fronce paint job with a matching dark blue cloth top. The interior is finished in light grey leather, with Quill Ostrich seats with dark blue piping, and dark blue carpets to match. The finish is so stunning, in fact, that the car taken home 20 best-in-show awards at various concours events around the world, as well as awards like most elegant, and best paint. It is also certified as a Classic Car Club  of America Senior Premier 100-Point Condition car.

But it's more than just a looker. Delahaye took home victories at the 24 Hours of Le Mans, the Monte-Carlo Rallye, the Paris-Saint-Raphael race, a multiple Grand Prix races both before and after WWII. The 135 Competition spent most of its time on the track in the late 1930s, and was even took home first place at the 1949 Australian Grand Prix. 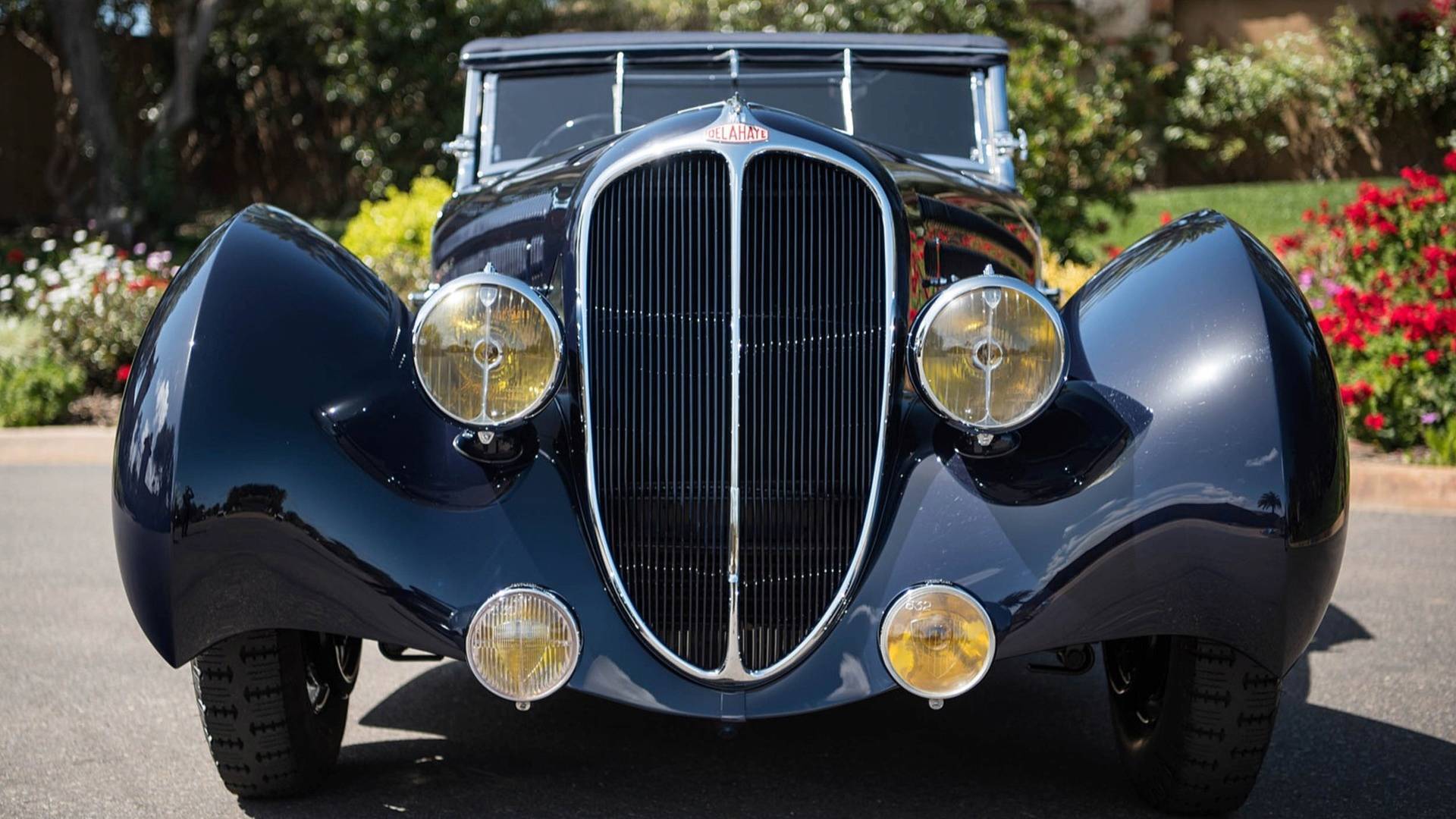 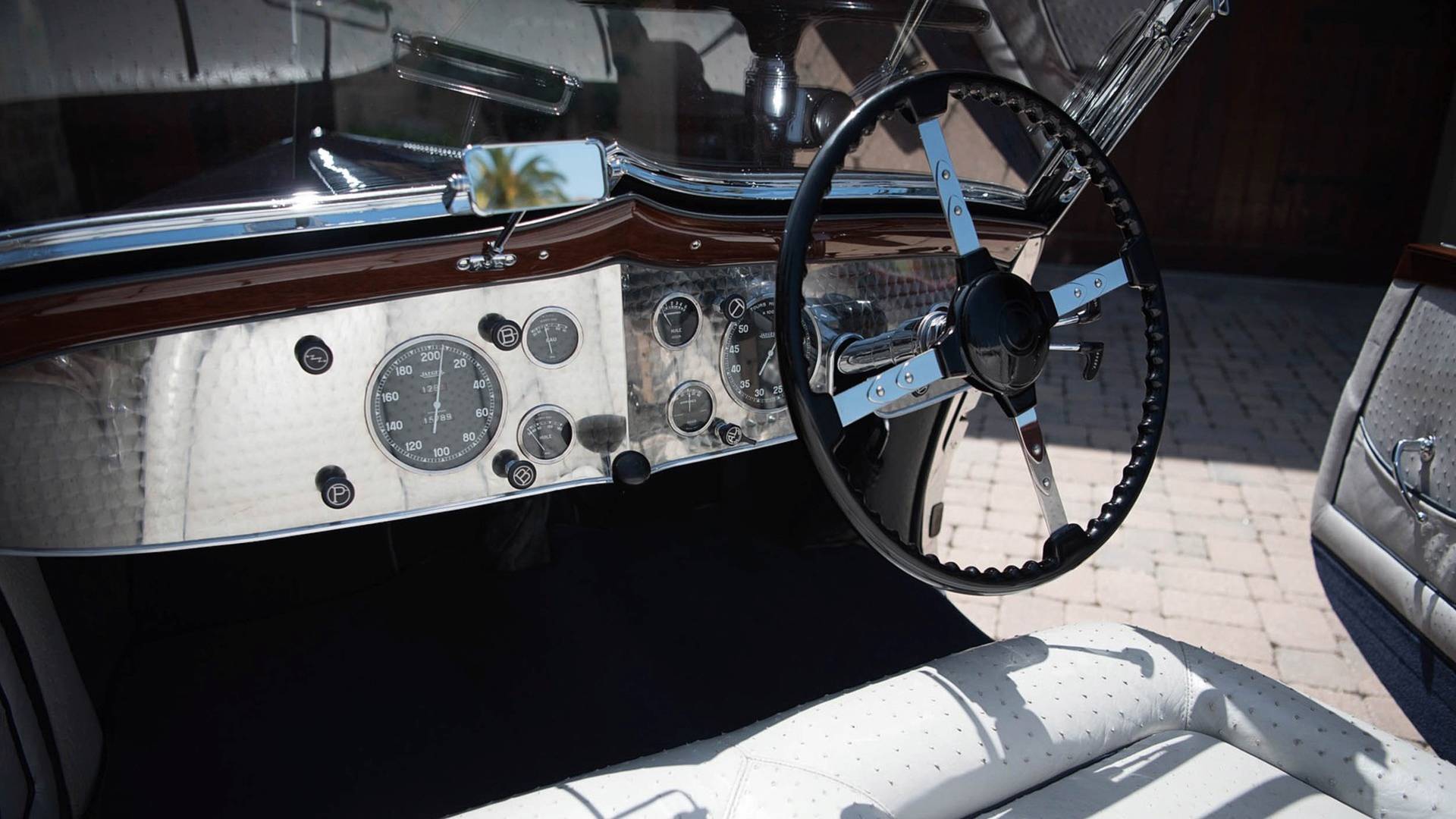 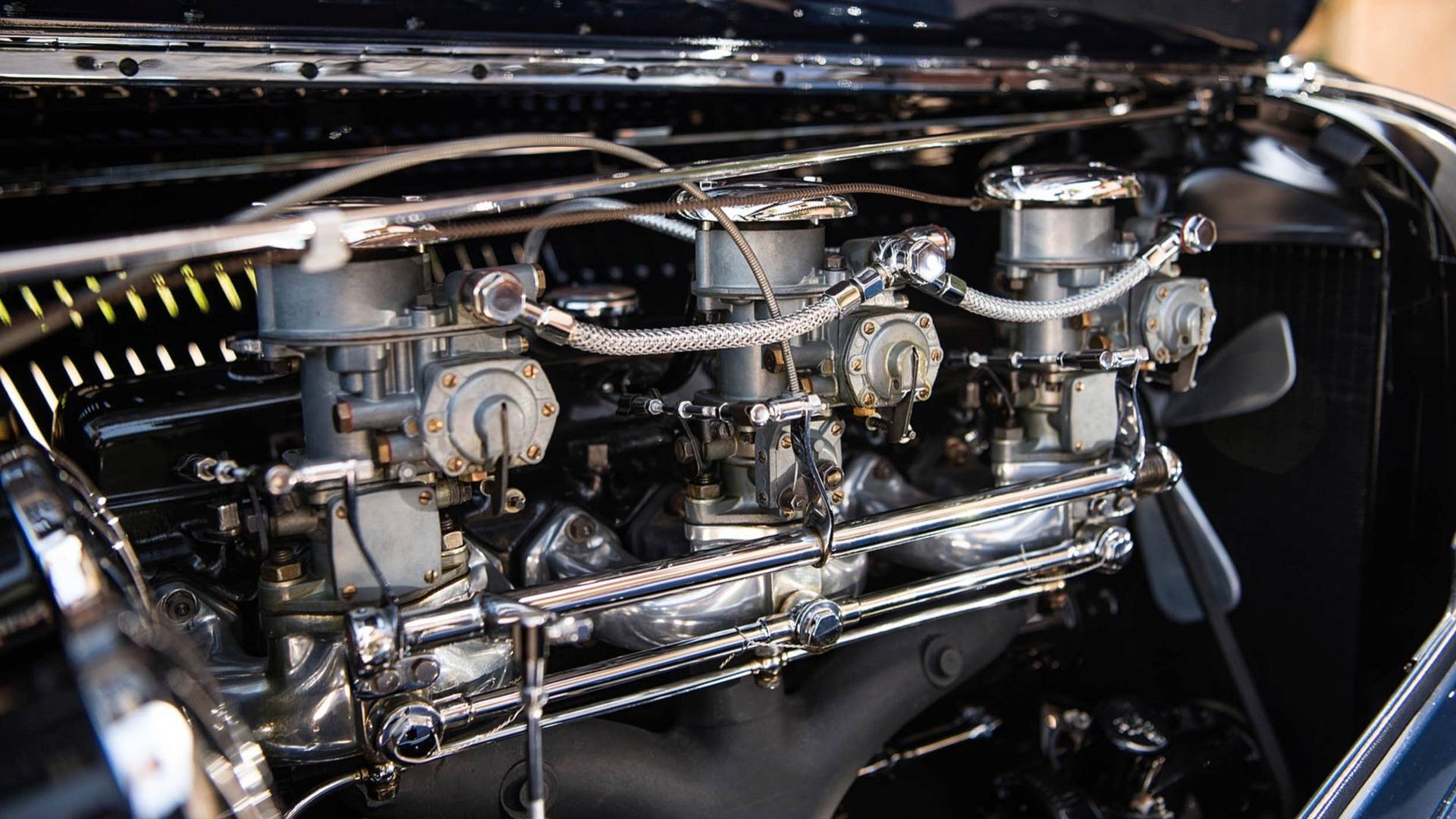 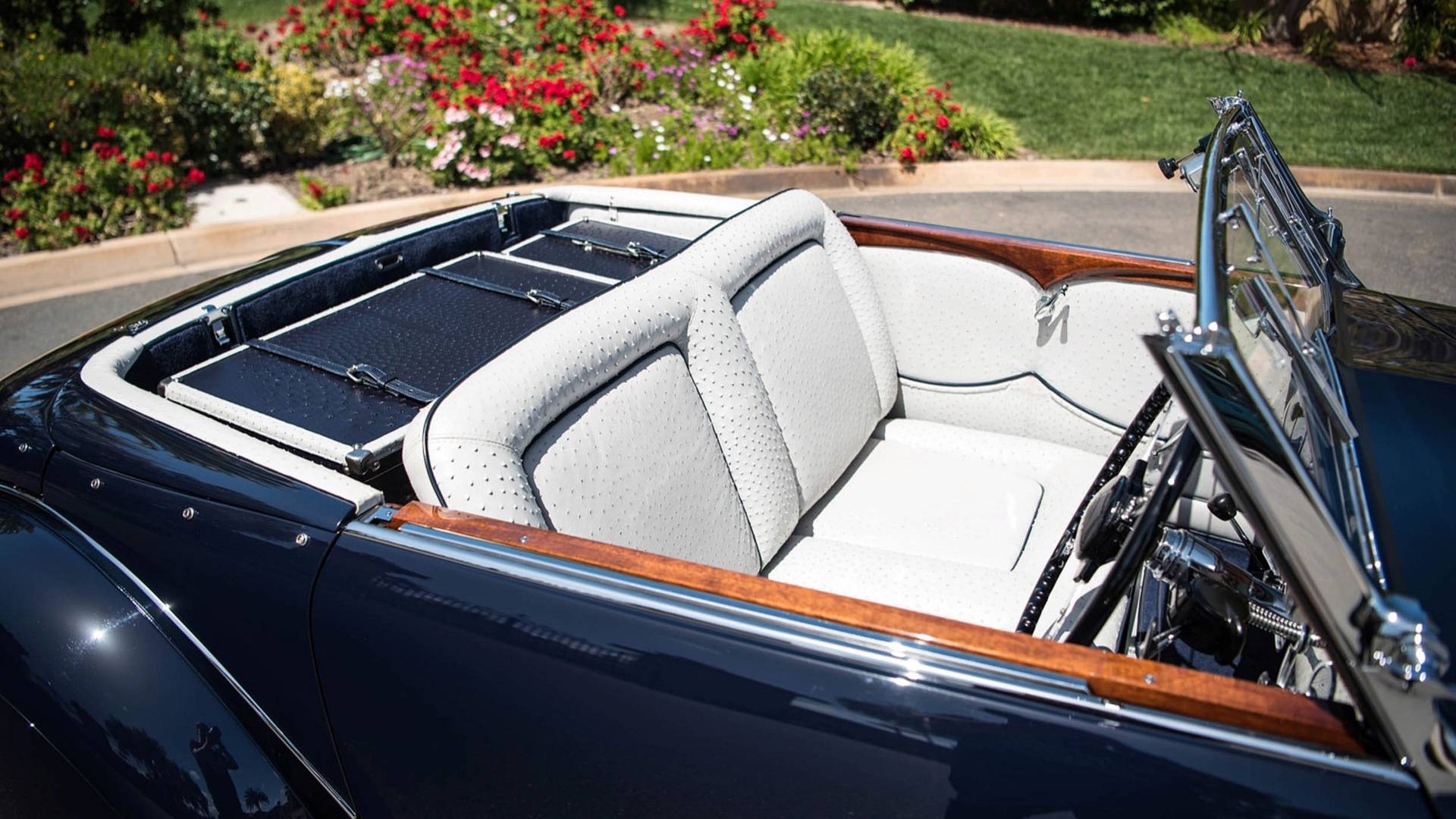