The Basis-Transporter was a bare-bones utility truck with a Beetle engine.

Automotive history is filled with forgotten cars, models left along the roadside, dwarfed by more famous names. Certain parts of the world in the 1970s had a certain Volkswagen you may never have heard about before – the Basis-Transporter. It was a bare-bones utility truck designed for basic utility and affordability, though only 6,200 Basis-Transporter Prototypes were ever made.

It's "perhaps one of the rarest Volkswagen models ever produced," according to the automaker, which highlighted the vehicular unicorn in a throw-back-Thursday press release. The car found a home in developing regions of the world at the time, such as Mexico, Turkey, Pakistan, India, and many others. The VW Beetle was already popular in these places, so there was also consumer demand for a spartan VW truck, which the automaker was happy to supply.

By today's standards, the VW Basis-Transporter is a wet dog, packing a 1.6-liter air-cooled engine making just 50 horsepower (37 kilowatts), using the same powertrain found in the Beetle. It had a top speed of just 48 miles per hour (77 kilometers per hour), which was plenty of power for where it was sold, and it came with a 2,205-pound (1,000-kilogram) payload capacity. The engine and gearbox helped accentuate to the truck's quirky design by being located under cab, powering the front wheels.

The Basis-Transporter earned itself a host of different nicknames in the countries it was sold, being called the "Trakbayan," which translates to "country truck," in the Philippines, the "Mitra" in Indian, and several others. Its limited production run makes it a rare breed to see today because many Basis-Transporter trucks were used as trucks, helping to build these developing countries. Now you know that if you ever see one on the road today, you're looking at a rare automobile. But good luck finding one where you live. 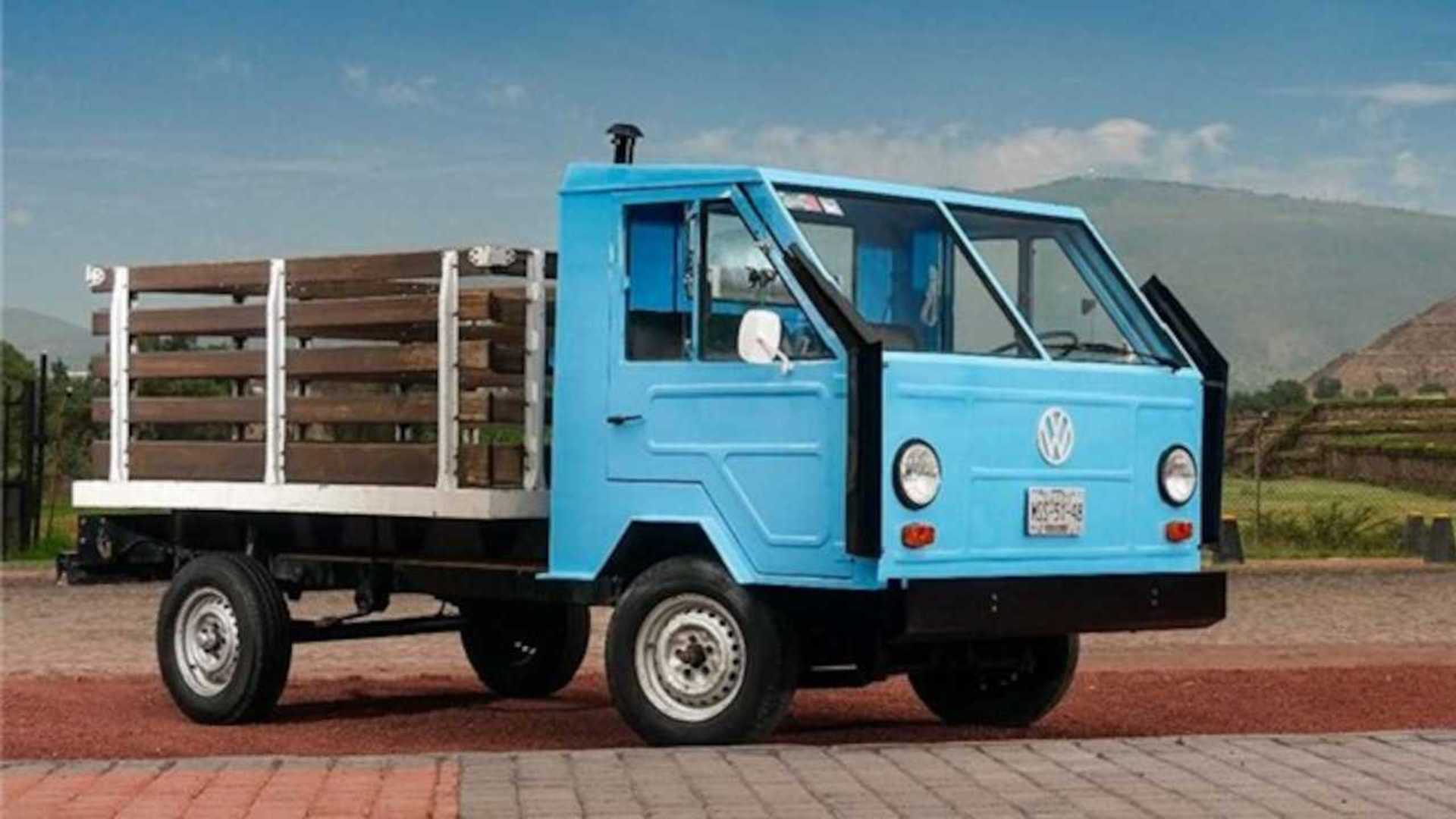